Accessibility links
Remembering Sgt. York, A War Hero Who Built A School : NPR Ed Alvin C. York was a highly decorated veteran of World War I. After the war, he raised money to start a high school near his home in rural Tennessee. York's legacy lives on in the school's students. 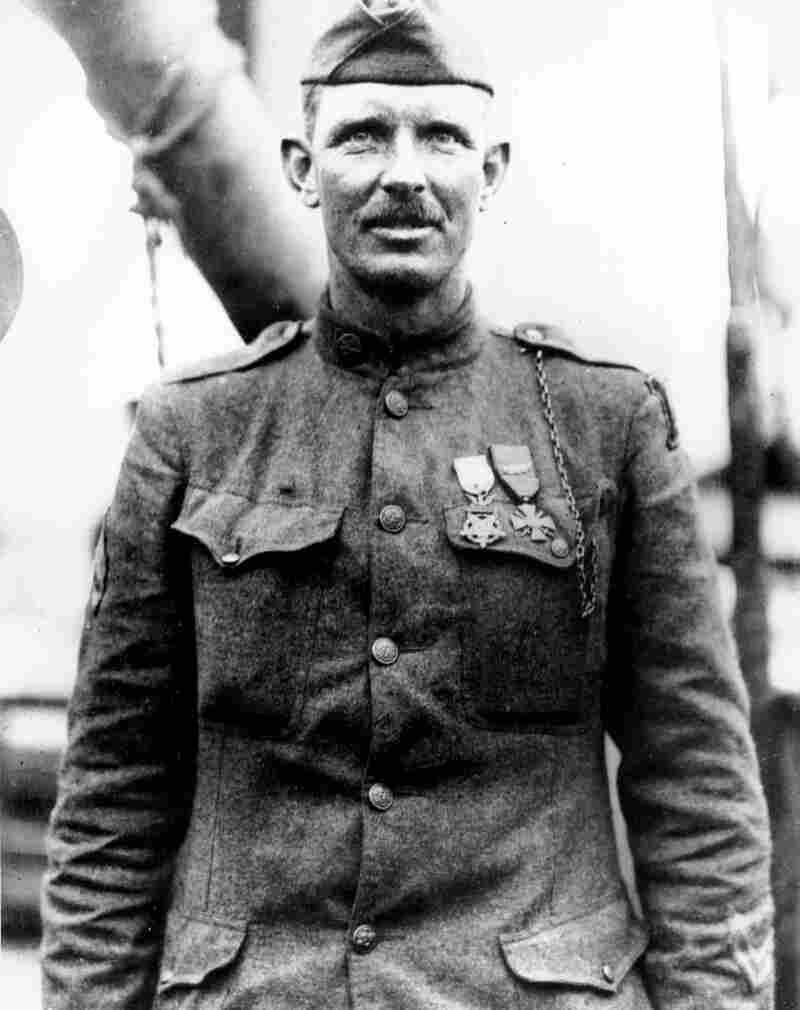 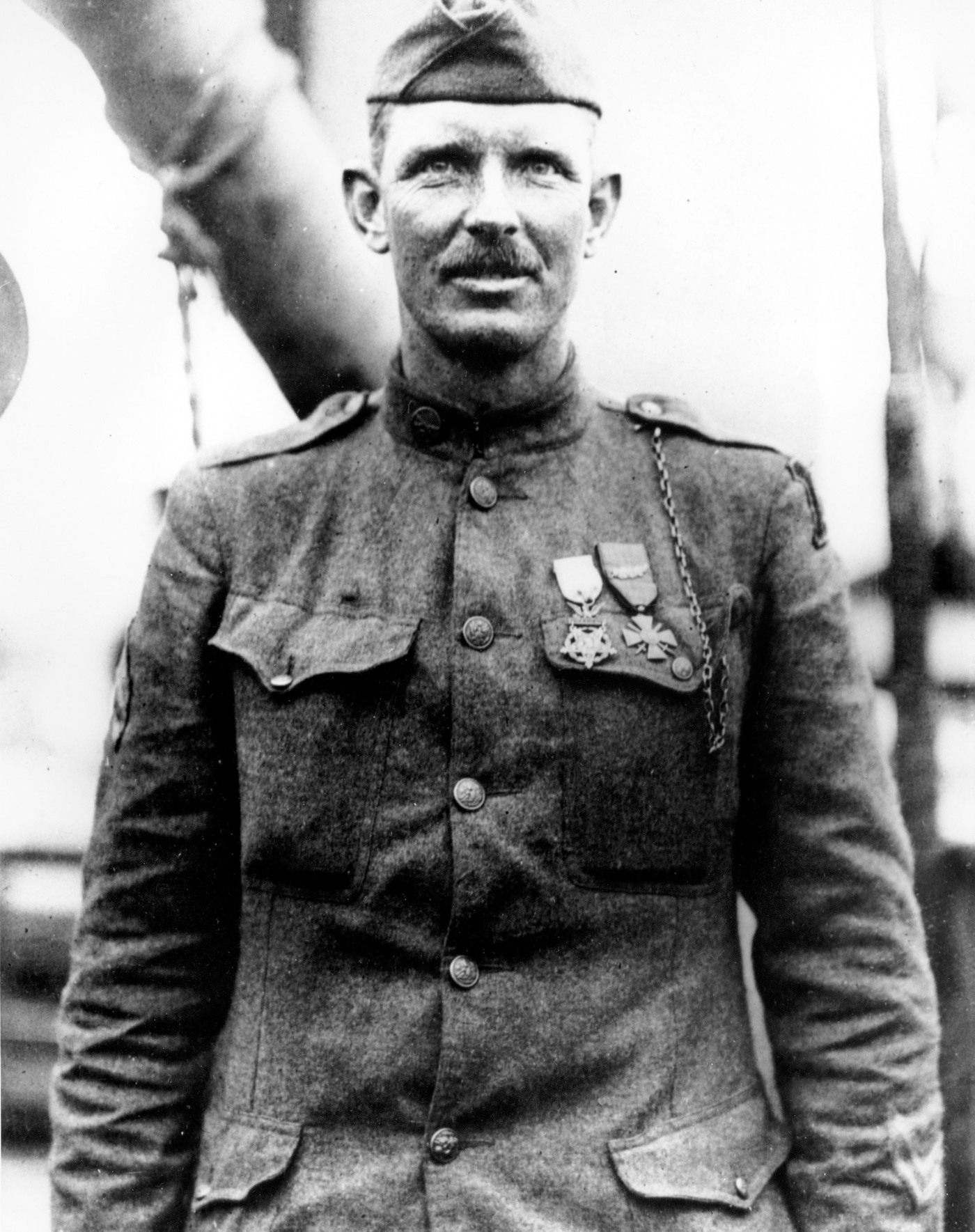 Here in Pall Mall, Tenn., you can walk up on the front porch of the Forbus General Store, est. 1892, and still hear Alvin C. York's rich Tennessee accent.

Every day, the older neighbors gather on the store's front porch.

"My grandfather used to cut Sgt. Alvin York's hair," Richard West recalls. "He would pay a quarter. He was a big man, redheaded."

York was a Medal of Honor winner. One of the most decorated American heroes of World War I.

At the end of the war, when he returned to his home here in the mountains of north Tennessee, all he wanted was to build a school. A school that would help his neighbors' kids get the education he had missed.

York had only finished the third grade in a one-room school. His family needed him on the farm. But he liked to read, kept a diary, and because of the war had seen a world beyond the ridgeline: London, Paris, New York.

Pete Smith, whittling red cedar on the porch, remembers the day of Alvin York's funeral in 1964. Important people were coming from all over the United States to pay tribute. "I was out digging potatoes and I hadn't never seen as many helicopters, about as high as the light wires and they was 12 or 15 of them. They like to jarred me out of the tobacco patch."

Richard West likes to tell how friendly the York family always was. "When they'd have a dinner up there, they'd be 25, 30 people show up and eat. All the neighbors would stop by and the grocery trucks would stop and deliver so they'd have plenty of food."

Clip from the battle scene where Sgt. York kills 25 men and forces the Germans to surrender.

The 1941 Hollywood movie Sergeant York made the Tennessee farmer even more famous. Gary Cooper won an Oscar for the title role. The movie shows York coming of age in his home valley, then going off to fight the Germans in France.

On Oct. 18, 1918, advancing alone after his unit came under fire, York attacked a machine gun nest. He killed a group of German soldiers who were shooting at him and then captured 132 more. 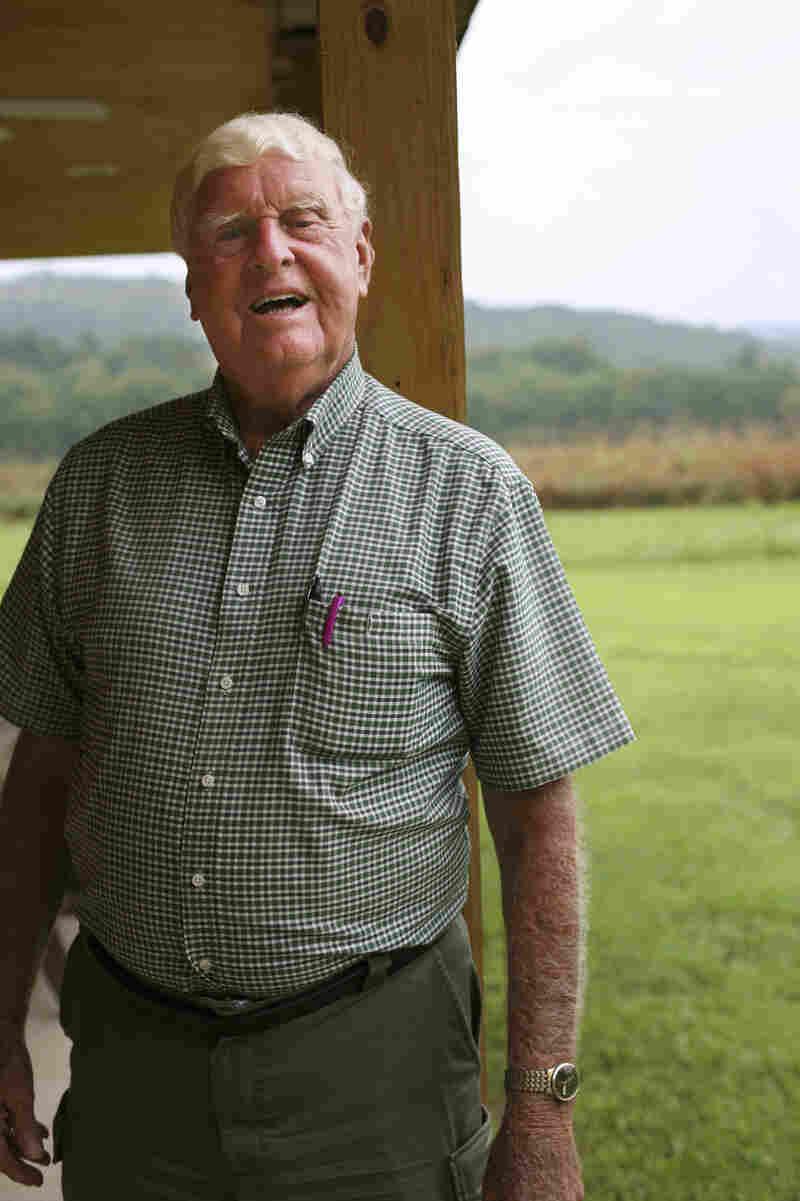 York came home to marry his longtime love, Gracie Williams, and they began farming. He had turned down all the celebrity deals, even vaudeville — no tours, no endorsements, no books. But he did start raising money to build a proper high school.

He even mortgaged his farm, twice. He finished building and staffing the school in 1926.

His son, Andy York, now 85, tells why: "The kids around here, in the rural areas, they had no chance to go somewhere else to a big school. He was going to try to get that where they wouldn't have to go very far and they could get an education there, see."

The York Institute is 10 miles away from Alvin York's homeplace, up the mountain in Jamestown, the county seat. The idea was to build a good school in the town and make sure all the kids from out in the valleys could get there, even on horseback and in buggies to begin with.

Every year now the new students learn about Alvin York. His story is told in classes, and the movie is shown often.

Principal Jason Tompkins is a graduate. 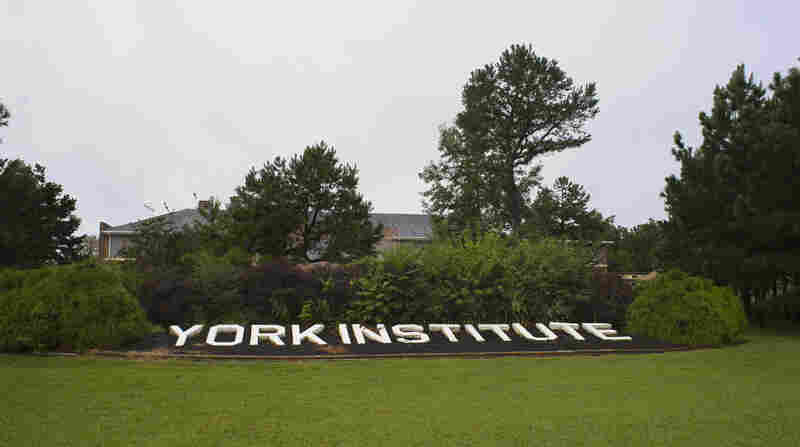 "We have an expectation at our school because we're Sgt. York's own," he says. "When you come into our school we expect people to be exceptional."

Senior Christopher Garrett, who is taking farm management courses, appreciates York's love of the land. "He came from some rich farmland," Garrett says.
"Some guys I know used to farm the York bottoms, down by the grist mill and it was some fertile soil that produced some really good crops and good yields."

Sophomore Paige Cobb knows about York's skill as a marksman, even beyond his wartime action. He used to win local shooting matches.

Cobb is on the rifle team, part of the ROTC program, and when they travel for matches she wears one of the team T-shirts: "They always say 'Alvin C. York' or 'Sergeant York's Own' on them. Some people walk up to us and they'll be like, 'Oh, I know Sgt. York, I've watched a movie about him.' And then you've got some that's like, 'Who's Sgt. York?' "

The York Institute is now in its 89th year, with close to 600 students enrolled.

Perhaps the best way to see the scope of those years is to take a ride on the afternoon school bus. It's close to an hour and a half out into the valley to the last stop, where Erin and Katie Perdue live.

Erin is 15, a sophomore. She's looking to Tennessee Tech for college: "Computer science, then a minor in German."

And for her 17-year-old sister, Katie, a senior, it's the University of Tennessee. "Same for me, major in computer science, minor in a foreign language, probably Japanese."