Accessibility links
Did You Know You Can Lower Your Student Loan Payments? I Didn't : NPR Ed Many, many more Americans would qualify for income-driven repayment plans, if only they knew about them.

Did You Know You Can Lower Your Student Loan Payments? I Didn't

Did You Know You Can Lower Your Student Loan Payments? I Didn't 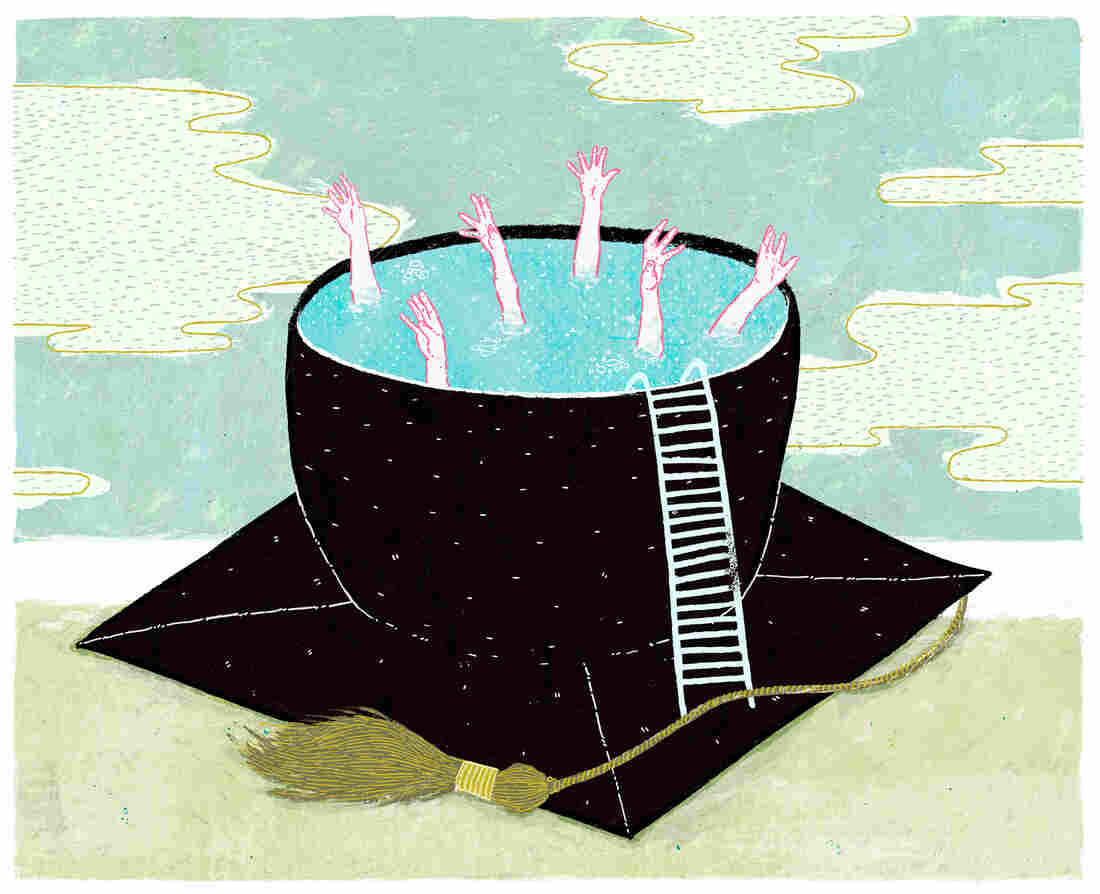 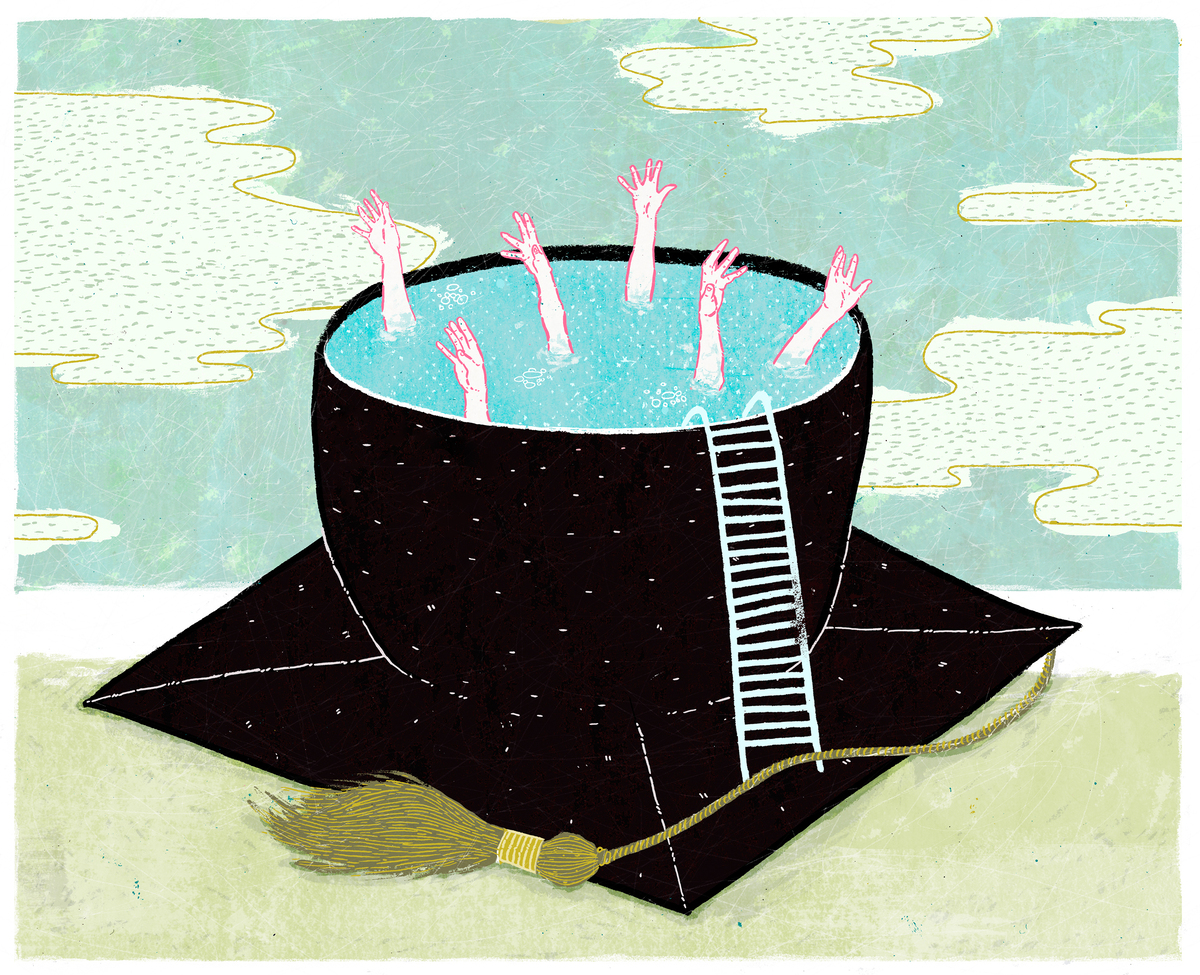 Here's what I remember about the beginning of the night: I'd planned to stay up late, for work. Later than usual, to watch President Obama's State of the Union address.

It was cold outside, January in D.C. A snowstorm was coming, and the digital antenna for my TV wasn't behaving. I was getting up often to adjust it.

I also remember the president had a lot of energy. It was 2014 and the economy was finally in shape. He wanted to make sure we knew.

About an hour into the speech, he got to the part about education, and said something that changed my life:

"We're offering millions the opportunity to cap their monthly student loan payments to 10 percent of their income."

I looked up from my notebook where I was scratching things down for work.

I'd graduated with my master's degree in journalism about a year and a half earlier and my federal student loans were a constant source of stress in my life. Doing some quick math, I figured I was paying more than 30 percent of my income every month in loan payments. And because of high interest rates, I was deeper in debt than when I graduated.

I jotted down the president's comments to look up later. It sounded too good to be true. "I doubt I'd qualify," I thought.

But I did qualify. And if you're reading this, and have federal student loans, you might too.

In December of 2012, Obama signed into law a federal student debt relief plan called Pay As You Earn — PAYE for short. As he suggested in his speech, it limits your monthly payment to 10 percent of your discretionary income.

"Information that's available about these plans and the process for enrolling in them has improved a lot since they were created, but there is a ways to go," said Asher, "especially when it comes to making sure that borrowers are aware of these options."

Loan servicers, the companies that manage student loans for the Department of Education, don't have a mandate or incentive to tell borrowers about these programs. And borrowers don't get to choose their servicers, either.

As many times as my former servicer asked me to like it on Facebook, or sign up for Kwikpay, its automatic debit program, no one told me I could lower my payments to an affordable amount every month.

"Your experience of being very much on your own is not surprising, unfortunately," Asher said to me.

And this isn't just about keeping more money in borrowers' pockets (or in savings to buy a home, pay for a kid's college or, one day, retire). Asher pointed me to a recent report from the Government Accountability Office showing that a good share of borrowers who have defaulted on their federal student loans would have qualified for income-driven plans. Could those defaults have been avoided? Probably.

As we've pointed out before on NPR Ed, there are four, soon to be five income-driven repayment plans from the Department of Education — most of which come with a chance for loan forgiveness. Recent findings show that, often, when borrowers do manage to find out about these plans, figuring out how to get into and stay in the programs can be another maze.

That information came from the Consumer Financial Protection Bureau, which asked for comments from the public this year. It's the first time borrowers have had a place to report their experiences with their loans and their servicers. And they had a lot to say: The bureau got more than 30,000 comments.

Borrowers reported "a wide range of sloppy, patchwork practices that can create obstacles for repayment." Many people said their records were lost, or customer service didn't have the latest information. That's just the beginning. The bureau suspects that problems with servicers have left borrowers prey to scams.

Reading through the comments, it seems all too familiar. I'm one of the 10 million borrowers who have seen their servicer change in the past five years.

Mine changed without notice when I tried to enroll in the Public Service Loan Forgiveness program. Then my records were lost and my payments more than doubled. Every time I spoke to someone in customer service, they had a different idea of how to fix the situation.

But I've been diligent. I've lowered my payments and am on the road to loan forgiveness. While I once wondered if taking on so much debt to work at a nonprofit news network was worth it, I now think it was.

Do you need help getting advice or sorting out information on your federal or private loans? You can access the Consumer Financial Protection Bureau's Repay Student Debt tool here.