Accessibility links
If You Build Affordable Housing For Teachers, Will They Come? : NPR Ed In North Carolina and around the country, districts are facing a problem: low teacher pay that means new hires can't afford to live in the community. 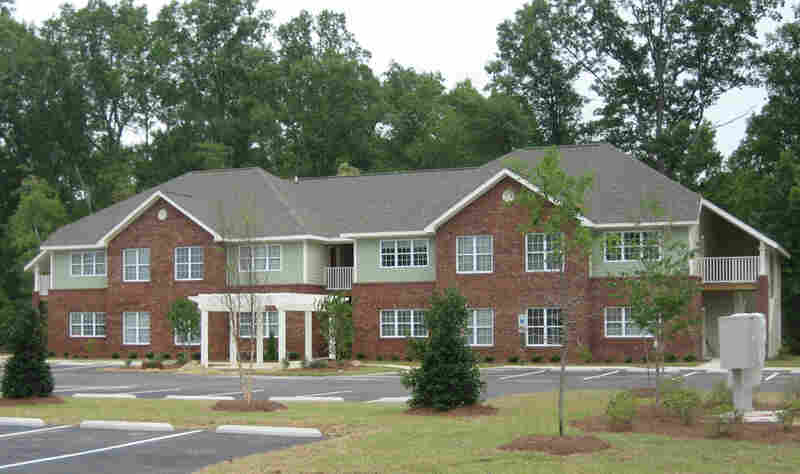 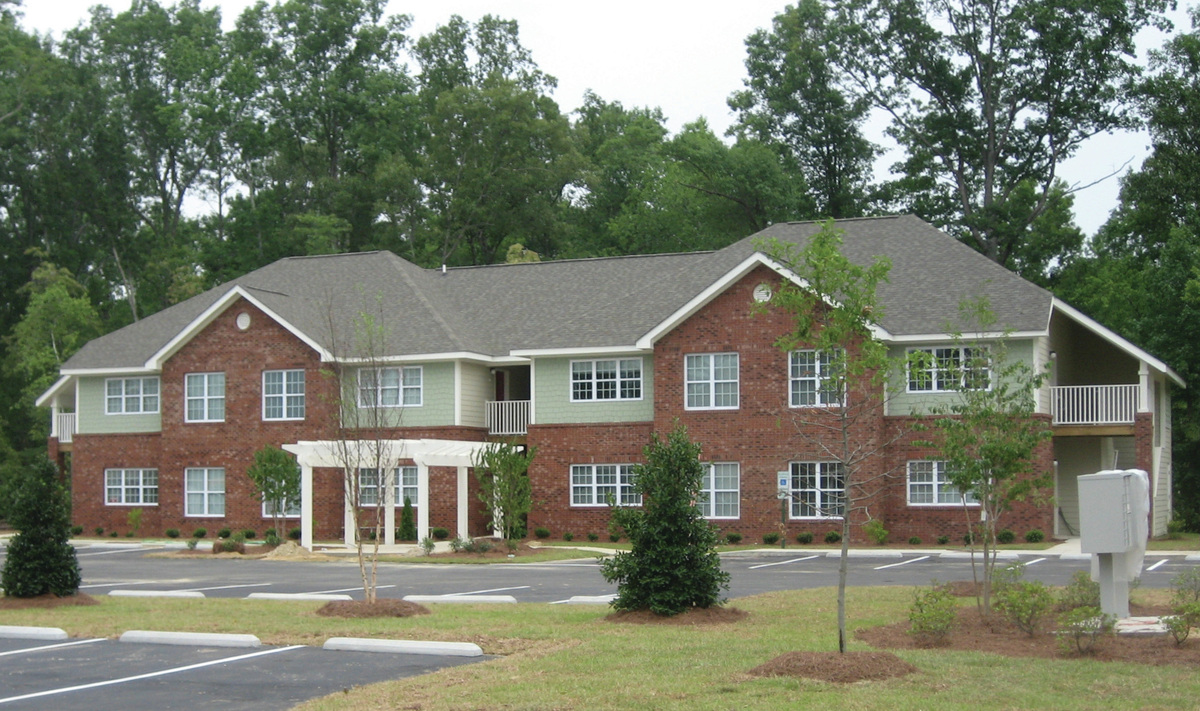 If you pull into Hertford County High School in northeastern North Carolina, pass the bus circle and the soccer fields, and continue to a patch of woods, you find three, cheerful, two-story apartment buildings. Knock on any door here and you'll find the home of a teacher or employee of the local school district.

North Carolina has some of the lowest teacher salaries in the country. Combine that with a housing shortage in this rural county, and that creates a big problem. So local leaders took on both problems at once, by building affordable housing just for school district staff.

"When we started doing a study in Hertford County, we found out that there were only about 15 apartments for teachers — with the salaries that the teachers made — [that they] could live in," says James Eure, who led the school system's foundation through the financing and construction of the complex.

Eure says he hopes the project will eventually pay for itself. The rent collected from employees goes to pay back a zero-interest loan the foundation took out to build it.

Units like these can draw new teachers to the district who often can't afford to buy a house in the area, or who don't want to rent one miles away. 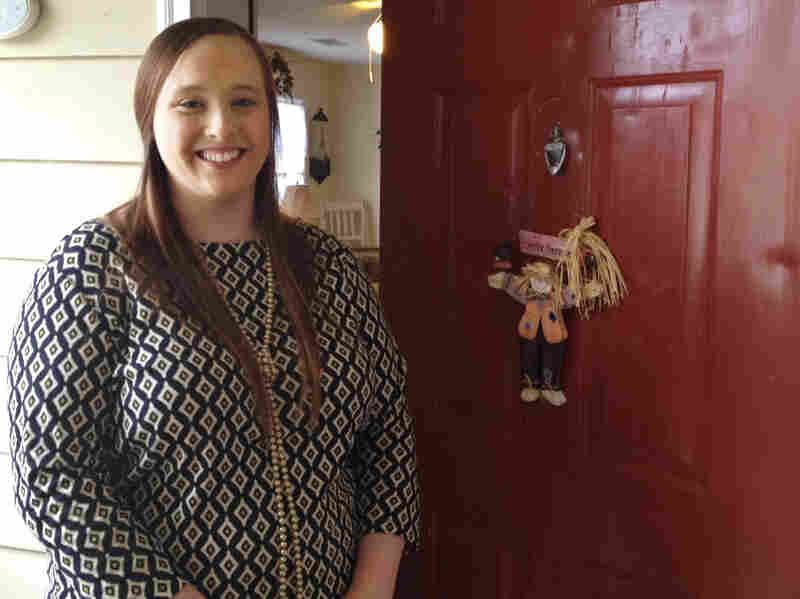 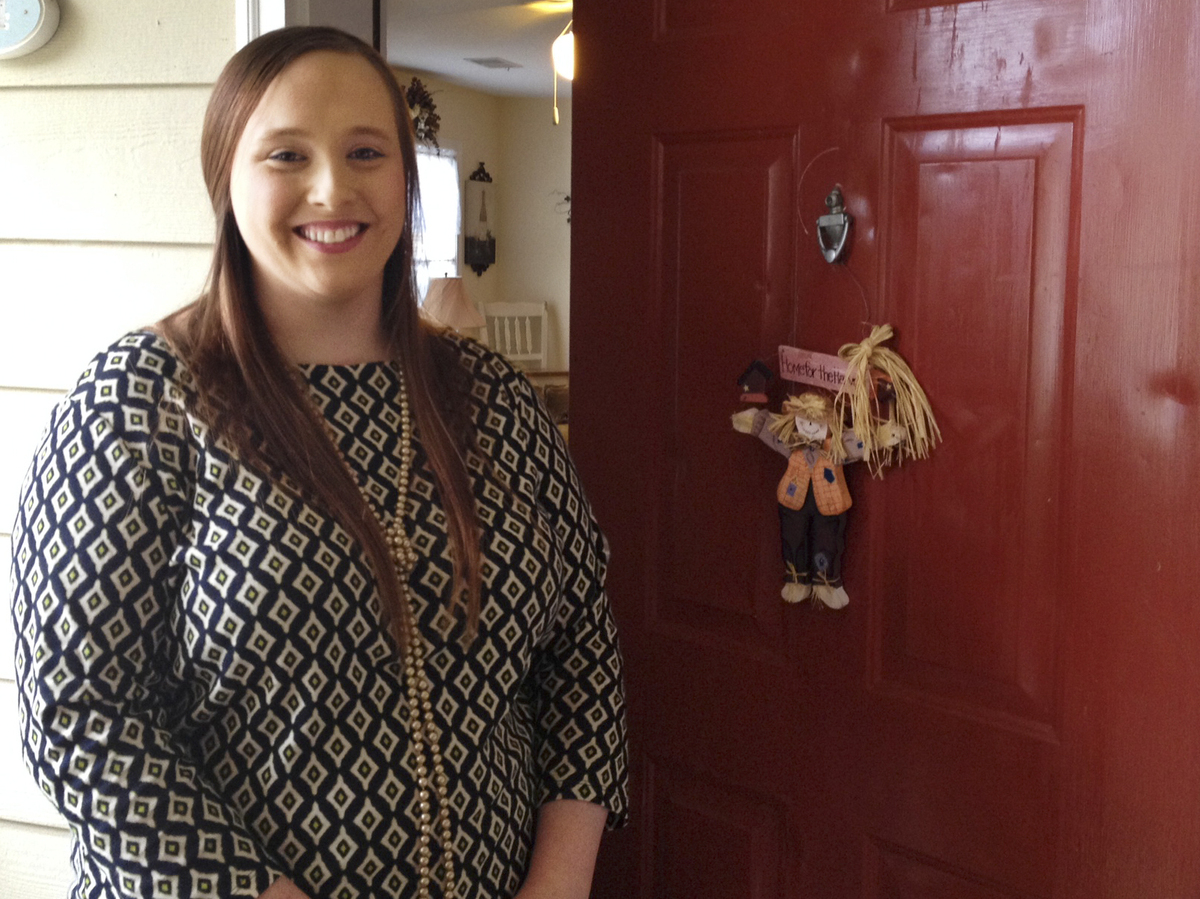 Amy Thompson is one of those teachers. She moved from Virginia this year to teach science at one of the district's high schools.

"This was exactly what I was looking for as far as price range," she says. New teachers in this district, like Thompson, make about $36,000 a year. That's after a recent pay hike for beginning teachers.

Thompson likes the feel of the place, too. "When they told me about the apartments and how close they were to work, and that it was a community of people that teach here in the county, who work the same hours as you, I was sold," she says.

Hertford County is among several districts in North Carolina, and many across the country — from from San Francisco to Newark, N.J. — that have recognized the need for affordable teacher housing.

Some worry, though, that providing housing isn't the best solution.

"It's another approach that's kind of like a Band-Aid to fix a wound on a long-term problem," says Mark Jewell of the North Carolina Association of Educators. He's skeptical that these apartments will keep teachers in a district for more than a couple of years. "Many people want to have a family and children and yards. That's not giving them an option of really staying long-term."

He says North Carolina should raise teacher salaries, for both starting and veteran teachers.

This dilemma: lower rent versus higher paychecks, is playing out in many places.

Across the state in Asheville, a city known for its vibrant art scene, the 4,400 student district has a different problem than Hertford County: high rents. "It has been difficult when you hire a teacher, and they find out that a starting salary or even not a starting salary is not enough to live in the area," says Superintendent Pamela Baldwin.

Asheville and the adjacent Buncombe County schools are working with a local nonprofit to build a teacher complex.

"With salaries the way they are right now in North Carolina for teachers," Baldwin adds, "it was important to find some sort of a way to help them with housing."