Accessibility links
Hip-Hop Vocab: The Lexicon Is In The Lyrics : NPR Ed College student Austin Martin has created a website that uses rap lyrics to teach vocabulary to middle and high school students. 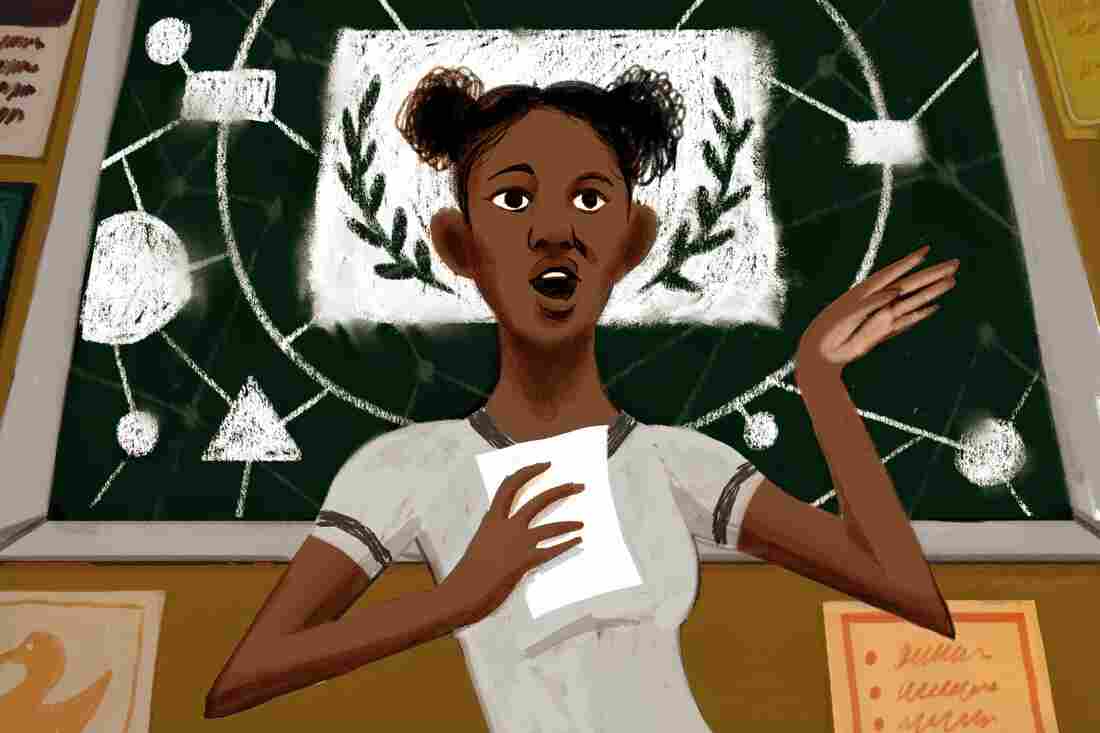 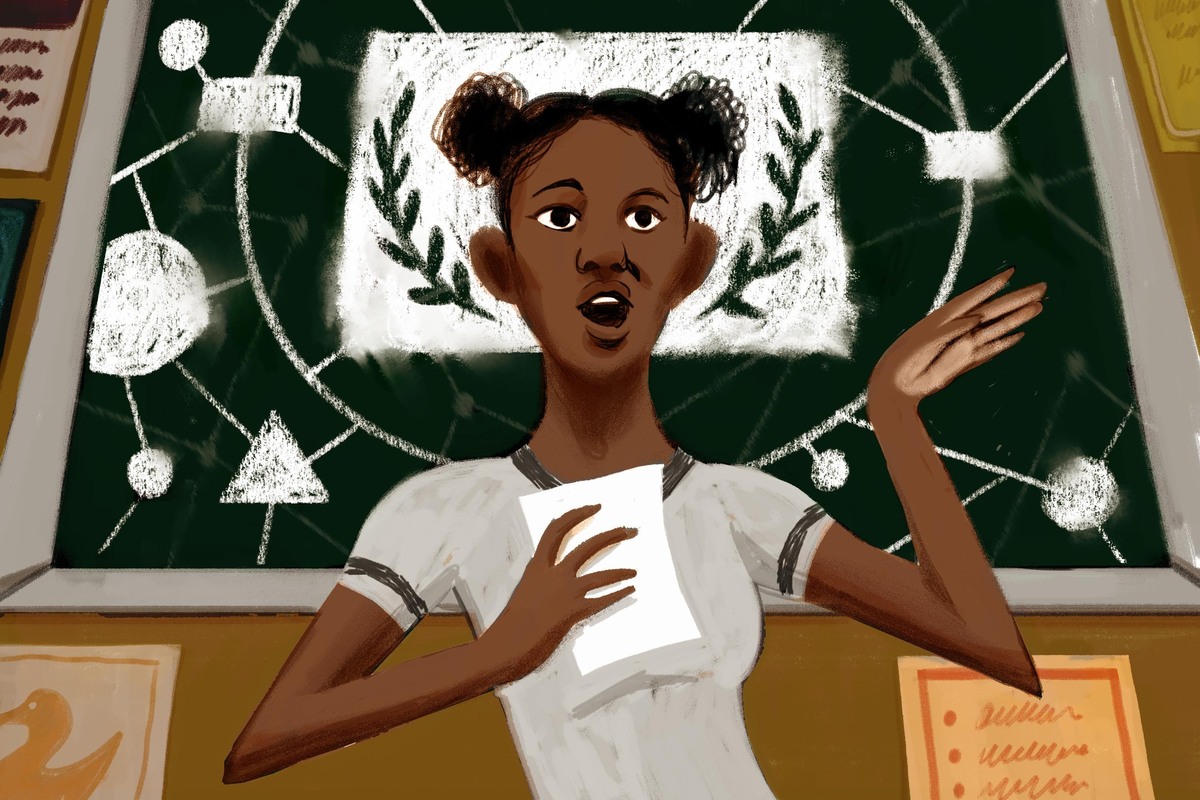 Austin Martin, a junior at Brown University, stands in front of an eighth-grade class at Community Preparatory School in Providence, R.I. He's here to test out the website he developed, which he hopes will help junior and senior high school students learn the vocabulary they'll need for their college entrance exams.

He starts the class by connecting his laptop to a projector, and then he veers off the traditional path, away from rote memorization — and toward rap music.

A short song clip plays over speakers: "So rude that your mentality is distorting your reality."

Martin zeroes in on the word "distort."

"OK, so in this example," he says to the class, "When they say 'so rude that your mentality is distorting this reality,' what do you think he means?"

The program is called Rhymes with Reason. He's using rap lyrics to teach vocabulary, in the hope that some will connect more to popular music than they do to static words on a page.

This undergrad isn't the first to think of using hip-hop in the classroom to engage students. The Hip-Hop Education Center, founded by New York University professor Martha Diaz, lists hundreds of programs that use hip-hop culture as a teaching tool.

But Martin says aggregating his lessons on a website for kids to use anywhere — at home, on their phone — sets his program apart.

Hip-hop, Martin says, is full of words students might need to know for the SAT or ACT. He's amassed more than 450 examples so far.

"I just got out of high school. My sister is in high school," says the 20-year-old Martin. "I'm in tune with that climate."

In the classroom, most of the kids seem to understand that "distort" means to alter or change.

And then, like many English teachers, he asks the class to use the word in context. But not in a sentence. He wants them to write it in their own rap lyrics.

Here's what student Tiffanie Pichardo comes up with: "You're always distorting my brain, making me insane, the way you cross your arms and give me attitude, why don't you go somewhere and don't be rude."

Micah Walker takes a different approach: "I went to court, but my opponent started to distort what I was saying, in fact they started fraying, from what that was the truth, and as a result, I came out with a broken tooth, but it's OK 'cause it's my turn to step into the booth."

Grace Jordan raises her hand with another rhyme: "People think that I'm no good but their views are distorted. I'm the best; they're wrong is what I retorted. Their minds are warped; they're not in their right mind, 'cause smart people know I am the best. I'm the best that people can find."

After the exercise on "distort," the class moves on to "meticulous," "complex" and "domain."

They keep rapping right up until the bell rings — some want to keep going.

Eddie Moyé, the teacher in this eighth-grade class, says this enthusiasm isn't unusual; the kids took to Rhymes with Reason right away.

Although he's in an Ivy League college now, Martin says that he struggled in school. He was smart, but he says the things he was really intellectually curious about weren't valued in the classroom.

"I knew every last thing there was to know about hip-hop and basketball," he says. He could tell you incredibly detailed facts about rappers and NBA players.

So why not tap into that enthusiasm to help kids like him, who might be turned off by traditional schoolwork.

He's hoping Rhymes with Reason will do the trick.

After the class, Martin says he's happy with how it went, particularly the way the students responded to their everyone else's lyrics — saying "ooh" and "aah" when they heard a good rhyme.

"It's really good to have that validation in the classroom for something you generated from your own mind," he says.

Martin says Rhymes with Reason is still in the testing phase. It's used in only a handful of classes, and he doesn't yet have reliable data to show that it actually improves test scores or vocabulary.

But if the kids in Eddie Moyé's eighth-grade class are anything to go by, Austin Martin is on to something.