Accessibility links
Turns Out Monkey Bars And Kickball Might Be Good For The Brain : NPR Ed Research shows that, like adults, kids benefit from frequent breaks while working. So, a handful of schools in North Texas are experimenting with more recess. 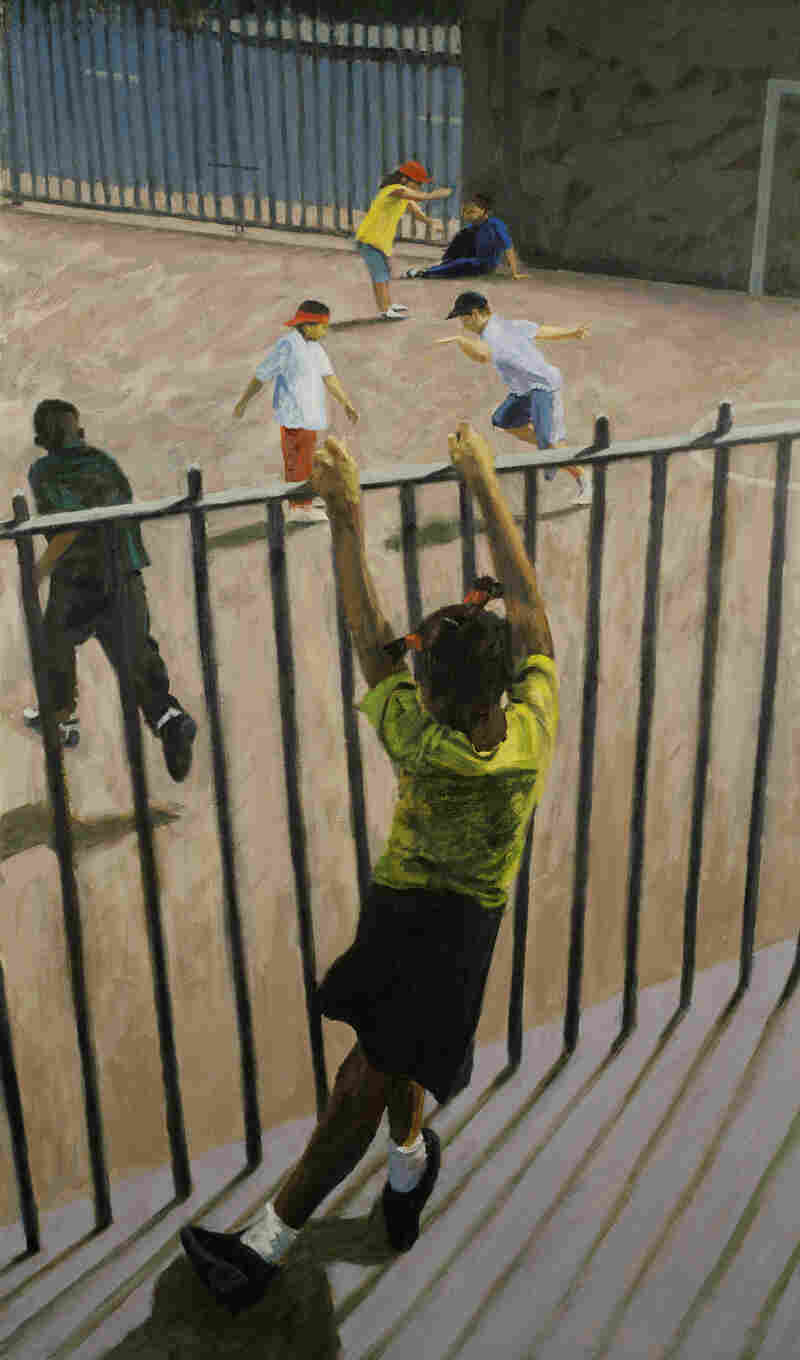 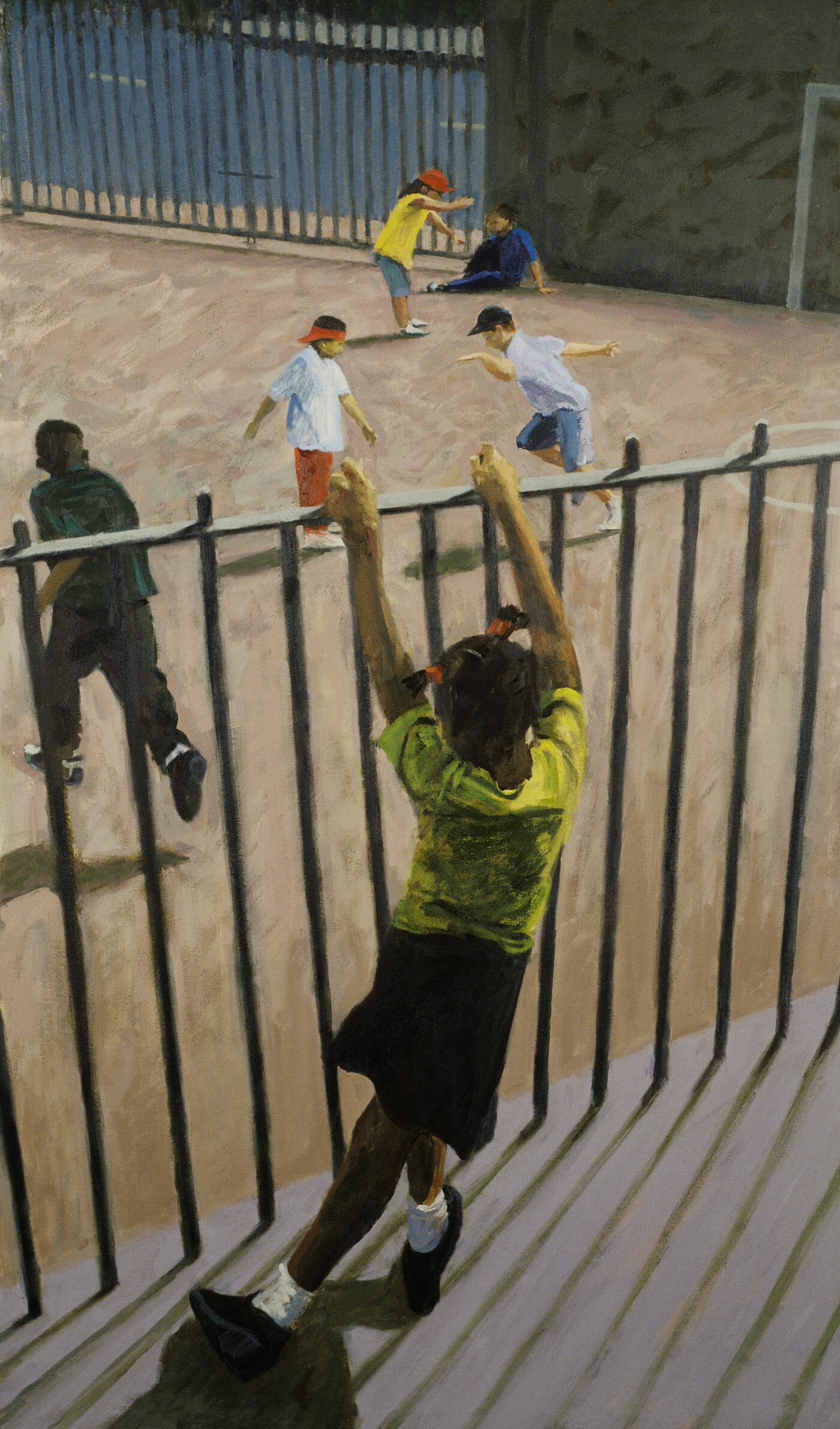 Recess at Eagle Mountain Elementary School in Fort Worth, Texas, looks much like recess anyplace else. Some kids run and squeal, others swing, while a half-dozen of their peers are bunched up on the slide.

Journey Orebaugh, a 6-year-old in an off-white princess dress, is playing family.

"You just get a bunch of people and just act like who you want to be," she says. Journey likes to play the mom.

But in one sense, recess at Eagle Mountain is different. Journey gets more opportunities to role-play than many of her peers, because recess happens a lot here — four times a day, 15 minutes a pop for kindergartners and first-graders.

That's much more time on the playground than most public school kids get in the U.S. Over the past couple of decades, schools have cut recess time to make room for tests and test prep.

Ask Journey why she and her friends get so much more recess time, and she giggles. "Lucky," she says.

But ask the adults, and they'll tell you it's because Eagle Mountain is part of a project in which the school day is modeled after the Finnish school system, which consistently scores at or near the top in international education rankings. The project's designer is Texas Christian University kinesiologist Debbie Rhea.

"I went over there to find out where they've come in the last 20 to 25 years. Yes, their test scores are good, but they are also healthy in many regards," she says.

The biggest difference Rhea noticed was that students in Finland get much more recess than American kids do. "So, I came back with the idea to bring recess back to the schools. Not just one recess, but multiple recesses."

Rhea is working with a handful of local schools already. More will join next year in Texas, California and Oklahoma.

I came back with the idea to bring recess back to the schools. Not just one recess, but multiple recesses.

Teachers at Eagle Mountain say they've seen a huge transformation in their students. They say kids are less distracted, they make more eye contact, and they tattle less.

And then there are the pencils.

"You know why I was sharpening them? Because they were grinding on them, they were breaking them, they were chewing on them. They're not doing that now. They're actually using their pencils for the way that they were designed — to write things!" says teacher Cathy Wells.

Wells and fellow first-grade teacher Donna McBride have six decades of teaching between them and say this year feels different. They were nervous about fitting in all the extra recess and covering the basics, but Wells says that halfway through the school year, her kids are way ahead of schedule.

"If you want a child to be attentive and stay on task, and also if you want them to encode the information you're giving them in their memory, you've got to give them regular breaks," says Ohio State University pediatrician Bob Murray.

Would Kids Eat More Veggies If They Had Recess Before Lunch?

Learning To Move, Moving To Learn: The Benefits Of PE

He has compiled research that backs up what teachers at Eagle Mountain are seeing in class. Murray says brain imaging has shown that kids learn better after a break for physical activity and unstructured play.

He and his colleagues wrote up a policy statement for the American Academy of Pediatrics suggesting that kids with regular recess behave better, are physically healthier and exhibit stronger social and emotional development. That's as school districts nationwide have been taking recess out of the school day.

"They want more academic time, they want more time to do the core subjects," Murray says. "They have pretty much carved away anything that got in the way of those minutes for teaching."

Debbie Rhea, the Texas Christian University kinesiologist, sees her program as a shift away from that thinking to giving kids more than just academics.

"We keep thinking as adults that we need to control the way they do things. I wish we'd get out of that. They know how to play, they know how to structure their own play — they need that time to grow responsibly."

When it comes down to it, Rhea says, our kids are better off if we just let them be kids.