Accessibility links
How To Help Kids In Poverty Adjust To The Stability Of School After Break : NPR Ed Returning to school after a few weeks away is a tough transition for many kids, but it's even harder for children living in stressful homes. 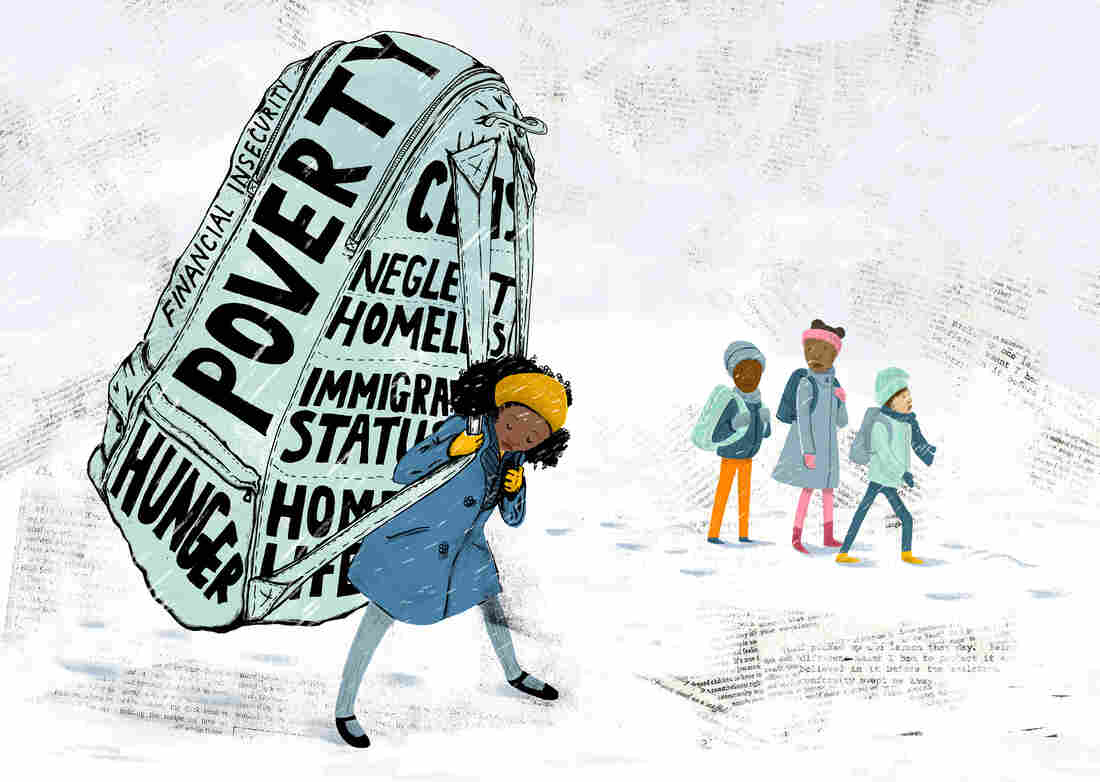 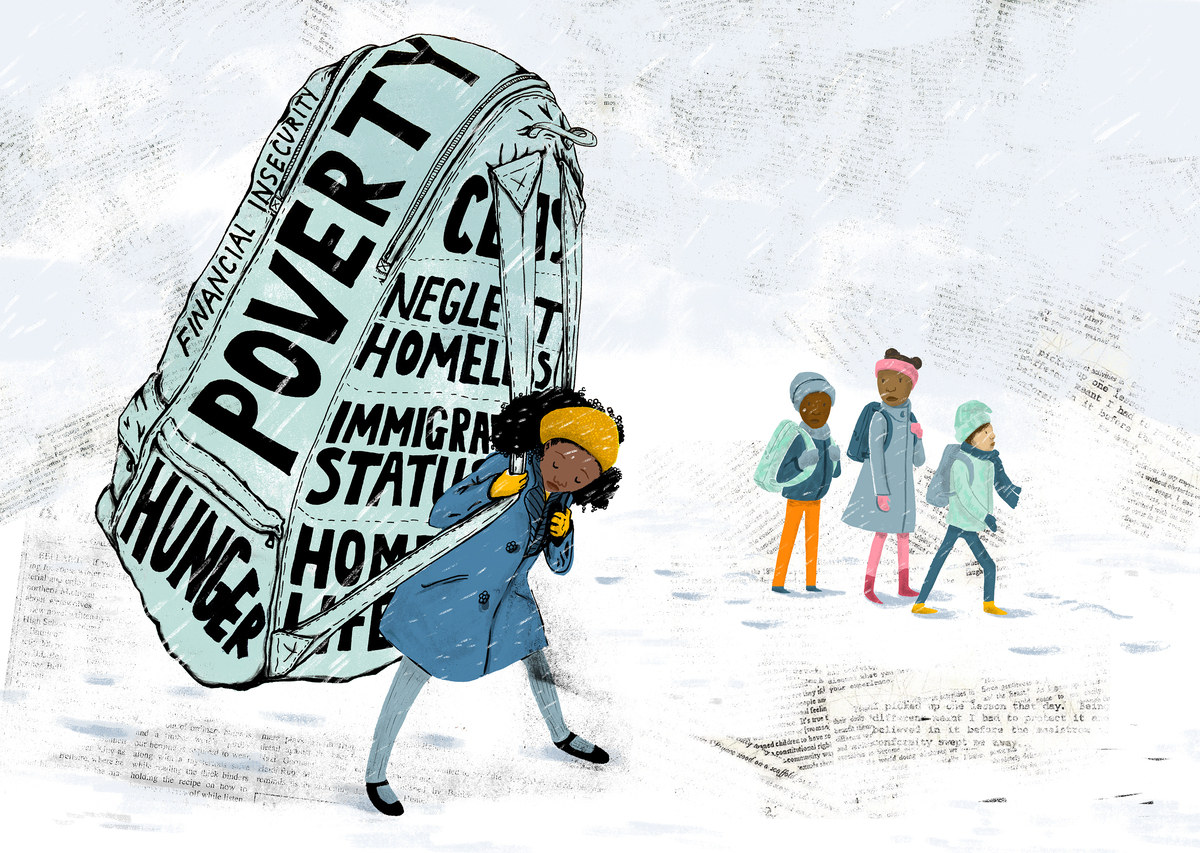 The first day back from winter break can be restless.

Many children are still coming down from the excitement of the holidays. Two unstructured weeks away from school — with strange food, rituals and relatives — can be overwhelming for many children, especially when it grinds to a halt after the new year and normality resumes.

But for students whose families are struggling in poverty, time away from school isn't an exciting blip on an otherwise calm school year. For them, it can be a crippling time of insecurity when it comes to food and shelter.

And teachers can tell.

"They come back to school and it is super obvious how exhausted they are," says Sonya Romero Smith, a kindergarten teacher in Albuquerque, N.M., where she has worked with many families in poverty.

Romero Smith leads a course for her local union on how teachers can work with the most vulnerable students, like those living in poverty. She says fatigue is just one sign that a student's break might have been chaotic.

"Clothes are dirty at this point," Romero Smith says. "There's an inability to stay focused — sometimes that's hunger or some form of neglect." A student might become aggressive or clingy, she says, or might not want to go home at the end of the day.

With 1 in 5 children in the U.S. living below the poverty line, this scenario plays out in classrooms nationwide every January.

Living in poverty is often stressful, with families grappling to find the next meal, a warm place to sleep or quality child care. Those experiences, repeated over and over again, can actually change a child's brain.

Chronic stress can inhibit a child's ability to manage his or her behavior, says Ross Thompson, a University of California, Davis professor who studies child social-emotional development. It can also affect language and memory skills.

Children — regardless of home life — manage behavior by predicting their environment, Thompson says. After an unpredictable winter break, teachers need to give students room to ease back into school — and this might be harder for those from chronically stressful homes.

"Expecting that young children are going to be capable of sitting in circle time is probably not the best expectation," says Thompson, who added that shortening time spent sitting still and adding more active lessons into the day might ease students back into the school routine.

On a larger scale, Thompson says training teachers to be aware of what might be going on in some students' lives can build empathy. Instead of kicking disruptive students out of the classroom, administrators can prepare teachers with strategies that address some of the issues that chronic stress can bring.

In Sonya Romero Smith's classroom, however, some students still have a hard time readjusting, despite the added reminders and slower pace.

She says tangible securities go a long way — like having some food and clothes available.

"Those first few days, make that environment safe again. It's OK that they're tired," says Romero Smith, who became the foster parent to two of her former students.

Not all teachers can foster a student, but they can point families to resources like shelters, community centers, libraries and public transportation options, says Romero Smith.

There's also a simple message that teachers can use before the break begins: "You're going to come back. Don't worry. We'll be together again in this many days," she says, showing them exactly what that looks like on a calendar.

She says she considers this extra work an ethical responsibility.

"If school is the place where you're supposed to get knowledge and realize what the world has to offer," she says, "it should be the safest place, where you have the ability to show your greatness."