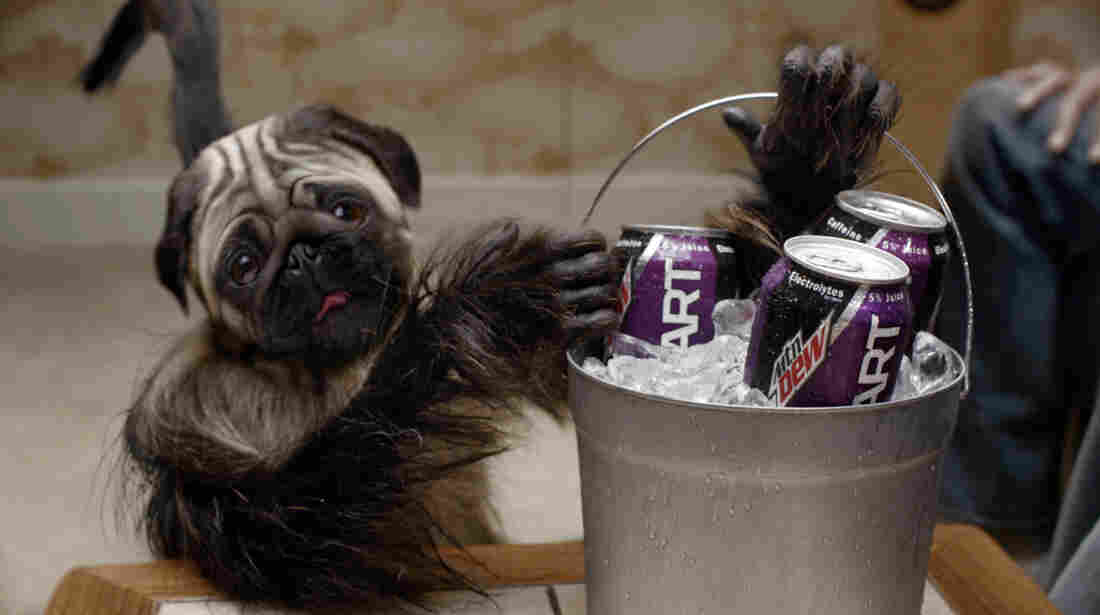 This ad from Mountain Dew was one of many to air during Super Bowl 50. Mountain Dew/AP hide caption 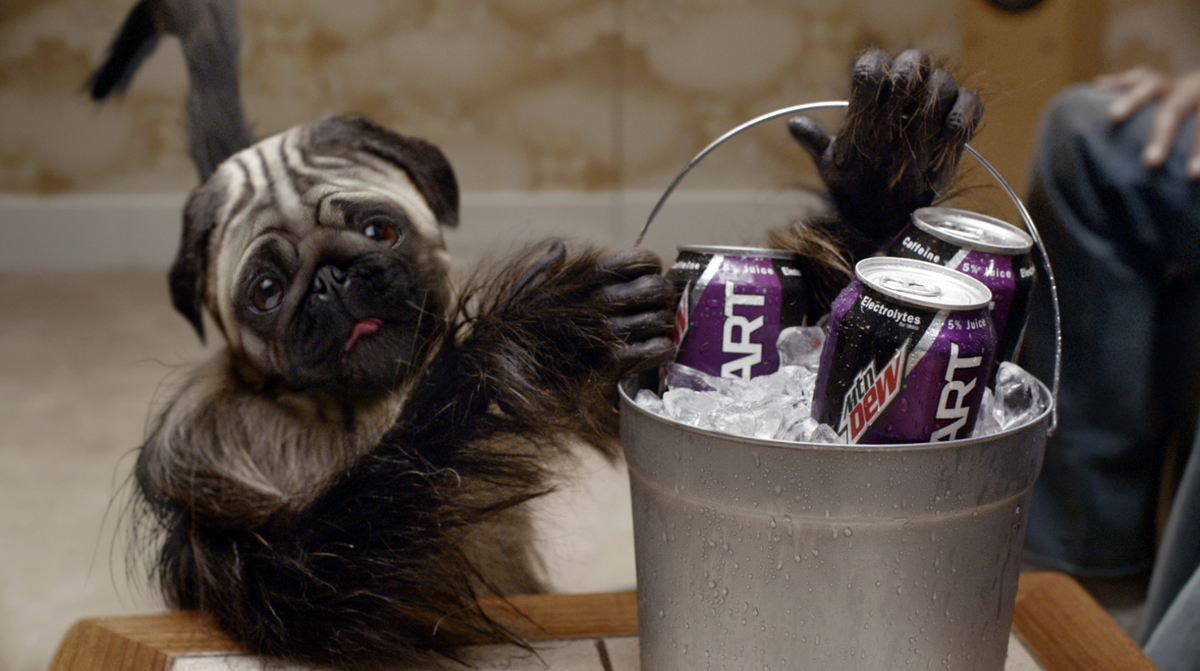 This ad from Mountain Dew was one of many to air during Super Bowl 50.

LAMP students created this mashup to comment on portrayals of masculinity in the Super Bowl ads.

Victor Vardanyan, 14, isn't having any of it.

"The commercials control your mind with sound, pictures, emotions," he says. "You see the people dancing in that Mountain Dew commercial, and you start thinking it's going to refresh you. Is it true? No."

The freshman at the United Nations International School in New York City has gathered on Sunday night with a dozen other teens in the library at Khalil Gibran International Academy, a public school in Brooklyn, for the fifth annual Break the Super Bowl.

The event is held by The LAMP, or Learning About Multimedia Project, a New York City-based nonprofit that "empowers youth to talk back to media." Founded in 2007, it focuses on "teaching people to think critically about media content." It offers programming to teens in all kinds of settings: public schools, charter schools, other community organizations, libraries.

The students aren't really here for the game; the ones who are into sports say that they prefer soccer. But they all have smartphones and like to watch Netflix, and some, like Victor, are budding video editors.

The LAMP's mission is to educate young people growing up in an incredibly media-saturated world. By the most recent numbers, teenagers imbibe nearly 11 hours a day of media content, when multitasking is considered. Along with that immersion in pixels come perennial concerns about exposure to sex and sexism, violence, racism, excessive consumerism, ads for unhealthy food and alcohol.

But is it possible to inoculate young people against all this digital junk food?

The LAMP is trying. Staff member Alan Berry starts off the night by quizzing the students.

"Do you pay money for Facebook?" he asks. "No? Why do you think they give it to you for free?" He's guiding them to think about how social media is set up to profit from advertising to them, aka the coveted youth demographic. Then he shows a print ad featuring Beyonce, photographed to invoke the curves of a Coca-Cola bottle.

"Why are they showing Beyonce? Do you hear her singing? Do you see her dancing?"

"No," chorus the students.

"You see somebody fine, you're going to look!" calls out Fatii Koureichi, 15, a student at Khalil Gibran. "They're using her body to sell it."

Then the staffers hand out bingo cards. The students watch the big game's top commercials, looking out for examples of ageism, racial stereotyping and other hidden messages. The prize? Ironically, free movie tickets. The other free incentives on offer also overlap with the brands they're critiquing: Doritos, Pepsi.

In a time when educators in New York City, and nationally, are focusing on exposing students to coding and software, The LAMP has an unusual take on 21st century skills.

"Not every kid is going to go into coding or media production, but they are all going to be consumers," says Emily Long, the group's director of communication and development. "Everyone needs to know how to be critical consumers."

Certainly the program got the students thinking about the master manipulators who create these ads. "I was about to tear up," at the Audi commercial, where grandpa relives his glory days as an astronaut," avows Nazarin Nazari, 15. "Certain commercials make me emotional. I'm serious."