Accessibility links
Where's The Color In Kids' Lit? Ask The Girl With 1,000 Books (And Counting) : NPR Ed Eleven-year-old Marley Dias went on a quest to collect and donate 1,000 books with a black girl as the main character. Spoiler alert: She did really well. 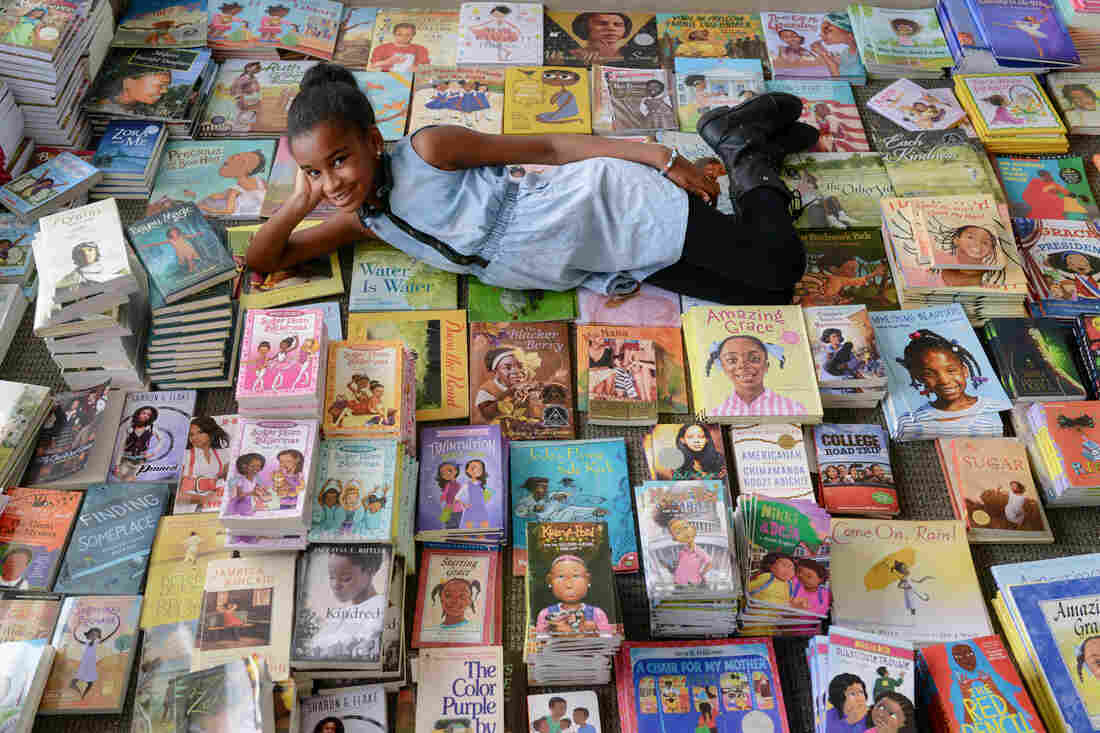 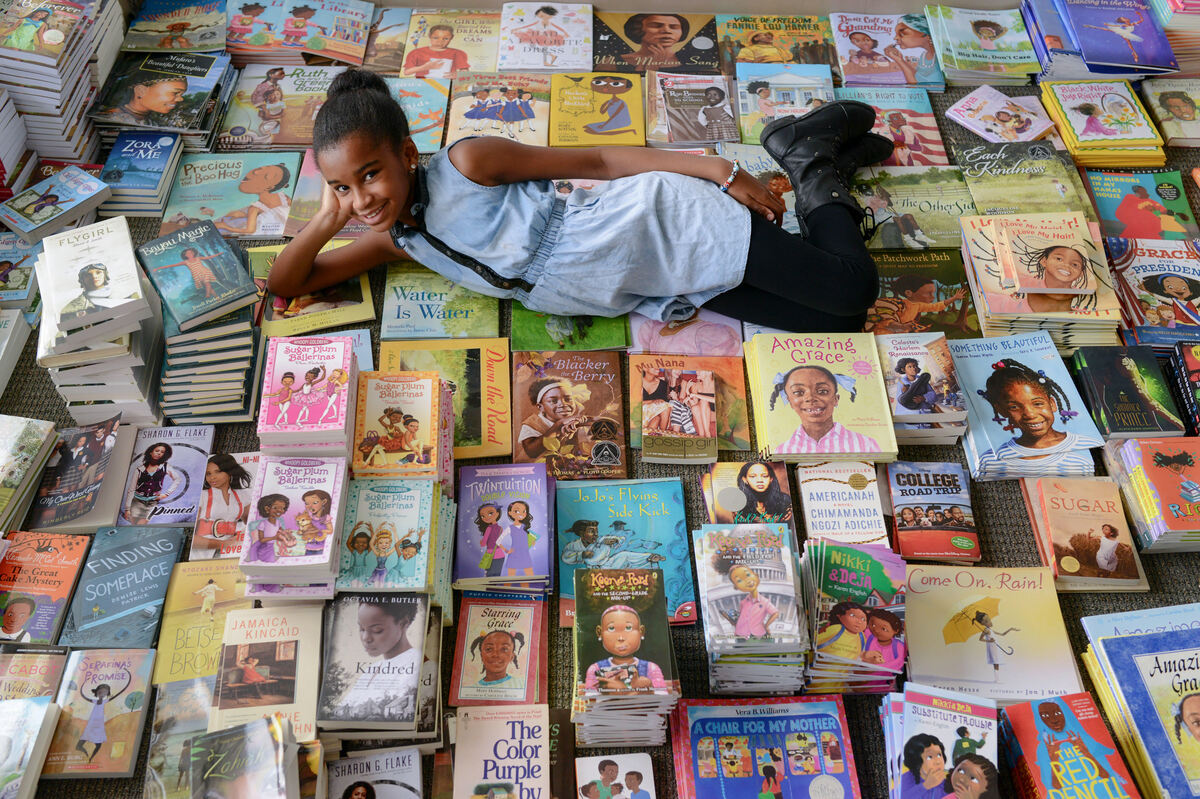 Marley Dias is like a lot of 11-year-olds: She loves getting lost in a book.

But the books she was reading at school were starting to get on her nerves. She enjoyed Where The Red Fern Grows and the Shiloh series, but those classics, found in so many elementary school classrooms, were all about white boys or dogs ... or white boys and their dogs, Marley says.

Black girls, like Marley, were almost never the main character.

What she was noticing is actually a much bigger issue: Fewer than 10 percent of children's books released in 2015 had a black person as the main character, according to a yearly analysis by the Cooperative Children's Book Center at the University of Wisconsin, Madison. And while the number of children's books about minorities has increased in the past 20 years, many classroom libraries have older books.

Last fall, Marley decided to do something about it. She set a goal of collecting 1,000 books about black girls by the beginning of February, and #1000blackgirlbooks was born.

She has far exceeded her goal, with almost 4,000 books and counting. Now, she wants to set up a black girl book club and pressure school districts to change which books are assigned to students. Morning Edition's David Greene spoke with Marley about her campaign and how she has handled her success.

The thing NPR Ed wanted to know? Her take on a subject she now knows well: books about black girls. Here are her top five picks.

Why Marley recommends it: "It's definitely one of my favorites, mainly because I am a very avid reader and it was one of the first books I ever had a challenge reading. I know that sounds not really good because then you couldn't understand it. But it was like the first time that I ever fully had to wait and think through something and take my time, which I think is definitely something important because you have to be patient.

"It's also a poetry book and I think that poetry is cool even though I don't really write poetry that much. I do think it's cool to read it. And it's a very important book and there's a lot of themes in the book. There's a lot of ways to interpret it, but it's about the '60s and '70s and Jim Crow laws in South Carolina and New York and how a girl talks about her family and racism and how they experience it."

Why Marley recommends it: "The black girls that I know ... thought that this was one of the best books about black girls. I haven't finished reading it yet. I know it's kind of disappointing that I haven't read one of the most popular books that we've been getting. It's about three girls who go to see their mother, who they haven't seen ever since they were babies. So, they go to visit the summer with her and they have a whole giant adventure."

President Of The Whole Fifth Grade

Why Marley recommends it: "It's about a girl named Brianna Justice who runs for fifth-grade president." Marley explains that the main character is following in the footsteps of her role model, "who's a cupcake baker from the same town in Michigan that she's from. So, it's about her whole journey to become president of the whole fifth grade. It's a series and there's President of the Whole Sixth Grade as well."

Roll Of Thunder, Hear My Cry

Why Marley recommends it: "I like this one because it's a classic book in general and it's one of the most famous black girl books ever. The main character, she's very independent. She's very strong. She's very family-oriented and she protects her family. So, that's definitely one of the main things that the book is popular for. It has a very important life lesson: to be protective of the things you have, even though you might not be 100 percent grateful for it, and to always stand up for what you believe in, even if you're the only one. So, I think those are definitely good themes that could help girls — and boys — learn how to represent their voices when there's a problem."

Marley continues to accept donations. You can send books to: