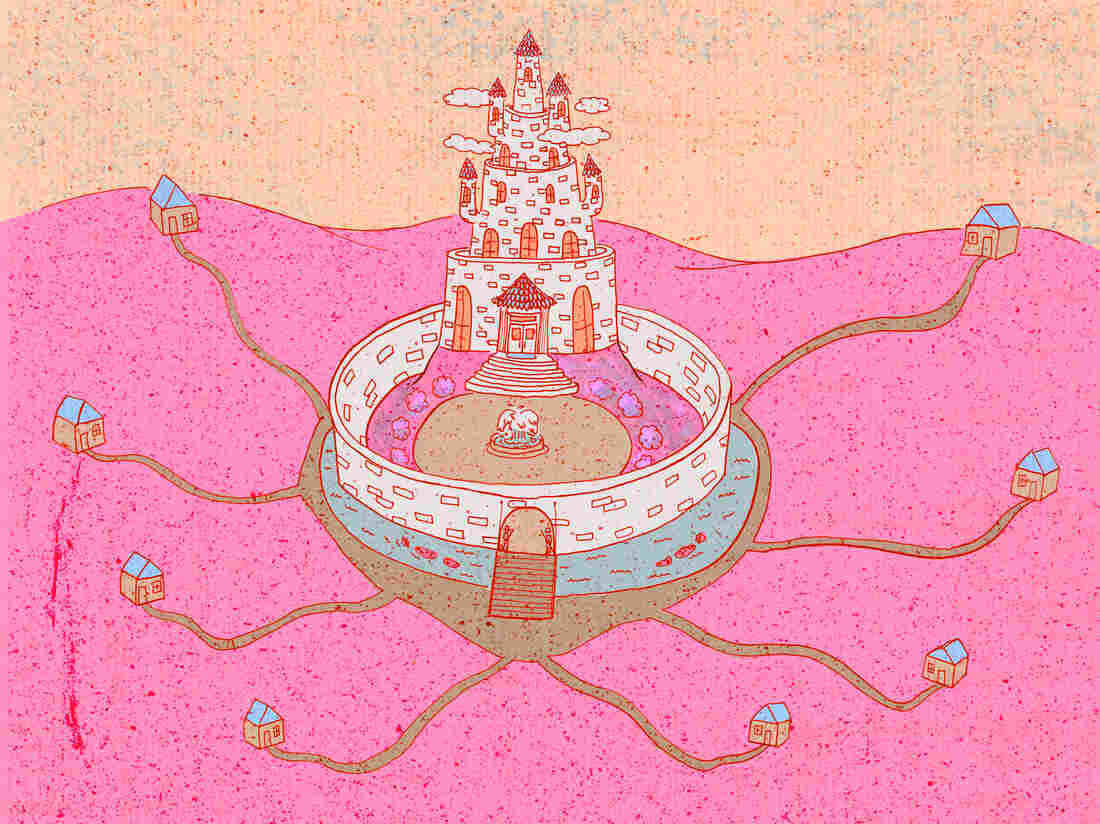 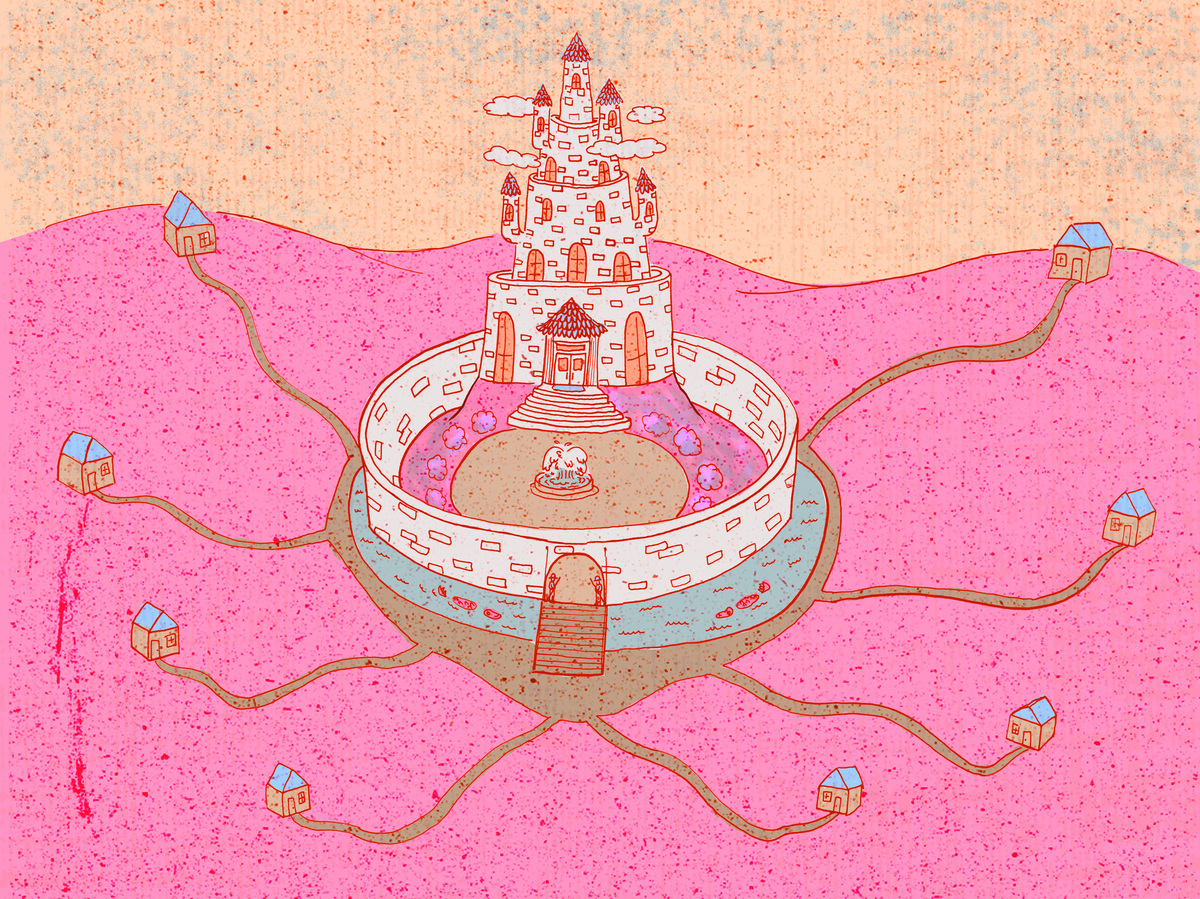 Kelly Henderson loves her job, teaching at Newton South High School in a suburb west of Boston. But she's frustrated she can't afford to live in the community where she teaches: It's part of the 10th most expensive housing market in the nation.

"For people in the private sector, they're probably saying 'Oh poor you, you can't live in the community where you work, what's the big deal?' " says Henderson, 35. "And I guess part of the nature of public education and why it's a different kind of job, is that it's all-consuming — as it should be."

Like a lot teachers, she wants to be a vital part of the community where she works. She says people in high-cost communities need to remember that a teacher's job doesn't end at 3:00.

And that leaves teachers with a dilemma: "We're constantly forced to make that choice: Do I stay and watch my students in the school play, or do I go home and remember what my husband looks like once in a while?"

The problem is playing out in high-priced real estate markets across the U.S., from Boston and Seattle to Rocky Mountain resort communities. (We've also reported on a somewhat different housing issue: a shortage of places for teachers to live in rural areas, and how some communities are building housing for them.)

The communities in and around the booming tech economy in northern California's San Francisco Bay area are especially hard hit.

At Walter Hays Elementary School in Palo Alto, in the heart of Silicon Valley, a group of students enjoys end-of-day flag football on an expansive lawn. 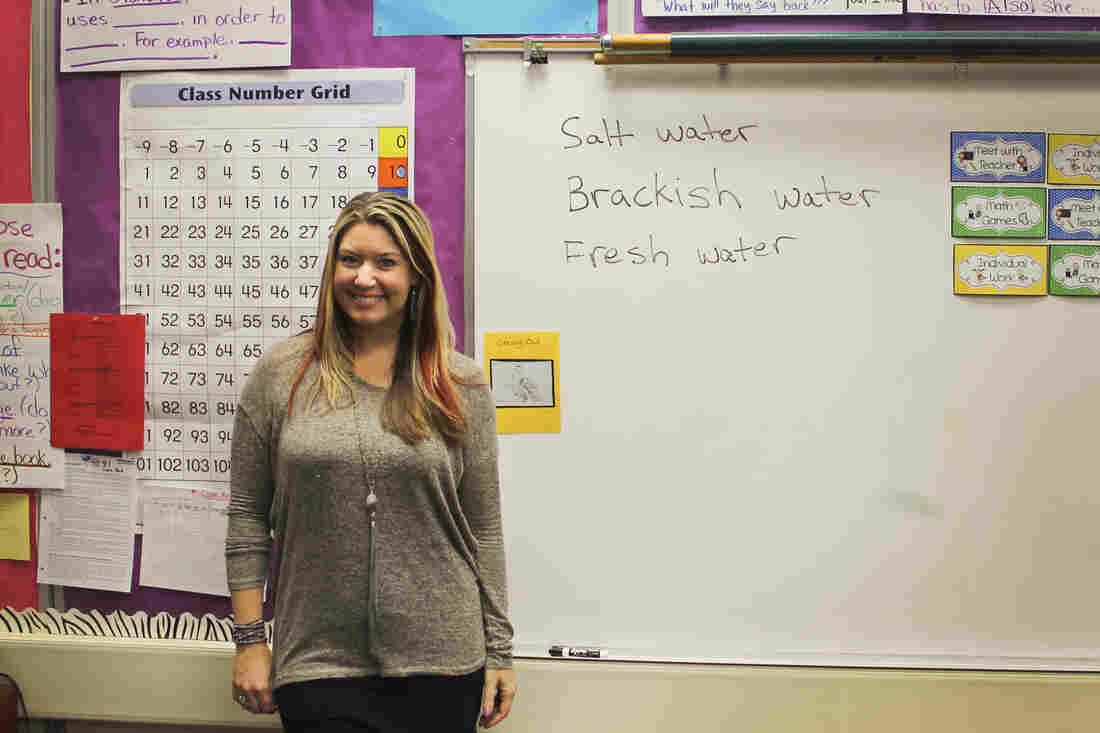 Third-grade teacher Tara Hunt gets up around 4 a.m. to make her two-hour commute from the coastal village of Capitola to Walter Hays Elementary School in Palo Alto, Calif., in the heart of Silicon Valley. Eric Westervelt/NPR hide caption 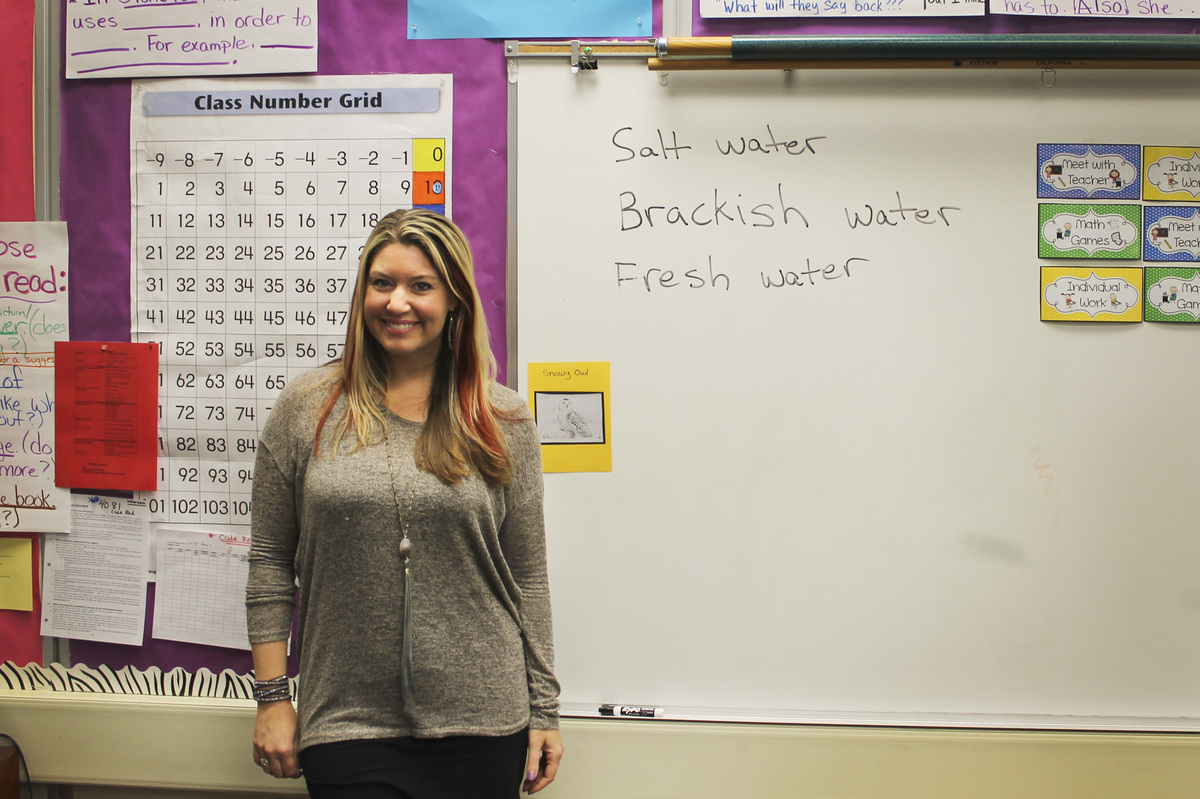 Third-grade teacher Tara Hunt gets up around 4 a.m. to make her two-hour commute from the coastal village of Capitola to Walter Hays Elementary School in Palo Alto, Calif., in the heart of Silicon Valley.

Inside, third-grade teacher Tara Hunt, a 16-year veteran, is preparing for the next teaching day. She gets up around 4 a.m. to make it in from the coastal village of Capitola — a commute that can take two hours in traffic.

She desperately wants to move closer to work. But, so far, that's not happening.

"This is where all the tech jobs are. And it's pushing out your community helpers," she says. "The cost of living just keeps going up and up."

I ask Hunt what percentage of her monthly income she's spending on housing: "More than 50 percent for rent, no question. Not including utilities."

The general rule, I remind her, is that you shouldn't spend more than one-third. "Right," she says, laughing "Whoever came up with that rule never lived in California. They're from Missouri or Ohio."

Hunt makes a good salary. Veteran teachers in Palo Alto — a top district in the state — can make more than $100,000 a year. She wants to connect with the community and families she teaches.

But when Hunt looked for a place in the city where she's taught for more than a decade?

In high cost cities, teachers and their unions are increasingly making cost-of-living adjustments central to contract talks, while conceding that's not enough.

"It's important for teachers to live and make roots in the communities where they teach," Randi Weingarten, president of the American Federation of Teachers, tells NPR Ed. "Yet renting or buying a home in expensive cities is financially out of reach for most educators. Salary increases alone won't do the trick."

Cities and communities, meantime, are scrambling to find solutions. Scores of cities have added affordable-housing quotas to rules on new development. Some are debating building subsidized condos or apartments specifically for teachers.

Palo Alto's City Council is exploring several ideas including subsidized housing for teachers and other public servants who can't afford local rents but make too much to qualify for low-income housing.

San Francisco is taking several steps, including forgivable housing loans, mortgage assistance and, eventually, affordable housing specifically for teachers. In May the city will restart its Teacher Next Door program, which offers city teachers up to $20,000 toward the purchase of their first home.

The hope is that the moves will help stem a teacher turnover crisis in the city brought about largely by the tech-driven housing boom. "We have teachers that are paying rents that are 50 or 70 percent of their take home pay," says union official Matthew Hardy with United Educators of San Francisco. "That's just not tenable for keeping folks in the school district. That's creating instability in our schools."

Many of these programs that cities are pressing have yet to significantly move the needle.

"So far, few local initiatives have been able to make a major dent in the problem," says Stockton Williams, a housing expert with the nonprofit Urban Land Institute. The biggest changes cities can make, he says, are "removing or alleviating local obstacles to more development. This means everything from more flexible zoning, more efficient entitlements and more outreach to neighborhoods that resist more development."

In Silicon Valley, Tara Hunt says she knows some parents are sympathetic. But she's not sure they really get it. Many are in a different tax bracket and, at times she says, it feels like they're in a different world.

"Steve Jobs' kids went through this school. We have some pretty high-profile parents. It's really hard to relate with them because they're very wealthy people," she says. And, she adds, its hard for those people to understand what Silicon Valley teachers are facing: "No one's being proactive."

Maybe nothing will be done, Hunt says, until more veteran teachers start to pack up and leave the communities they serve. "I have a lot of teacher friends who tell me, 'One more year, that's it. Then we're moving to Sacramento or up to Oregon.'"

Lydia Emmanouilidou contributed to this report.