Accessibility links
Snapchat As A Tool For Teachers : NPR Ed With video of a girl balancing in a tutu and a crowd cheering at a soccer game, one college professor uses the social media app to personalize concepts for his psychology students.

10 Seconds At A Time, A Teacher Tries Snapchat To Engage Students

10 Seconds At A Time, A Teacher Tries Snapchat To Engage Students 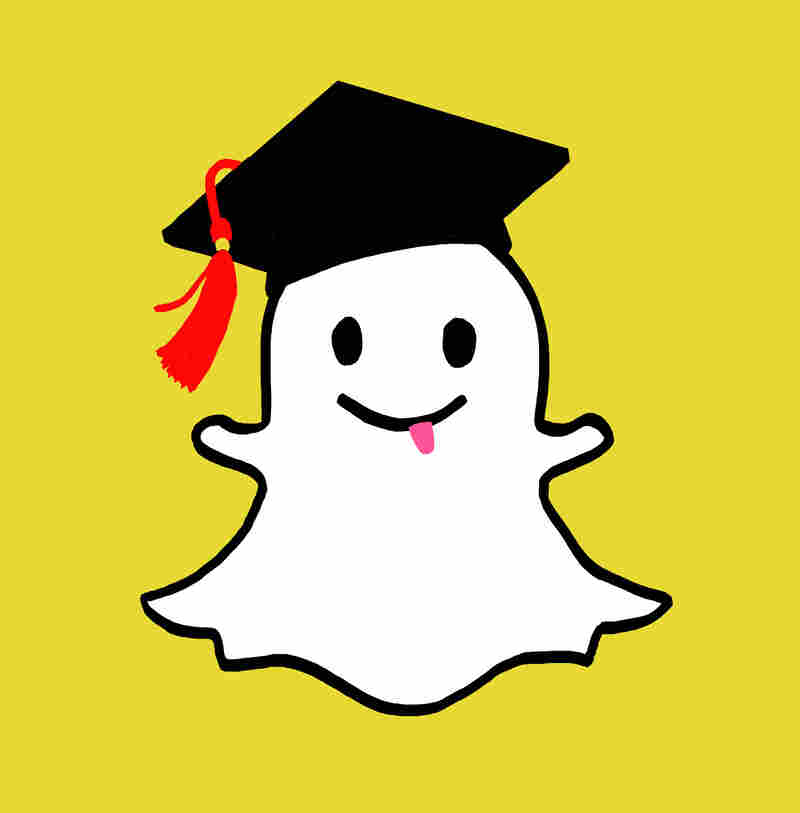 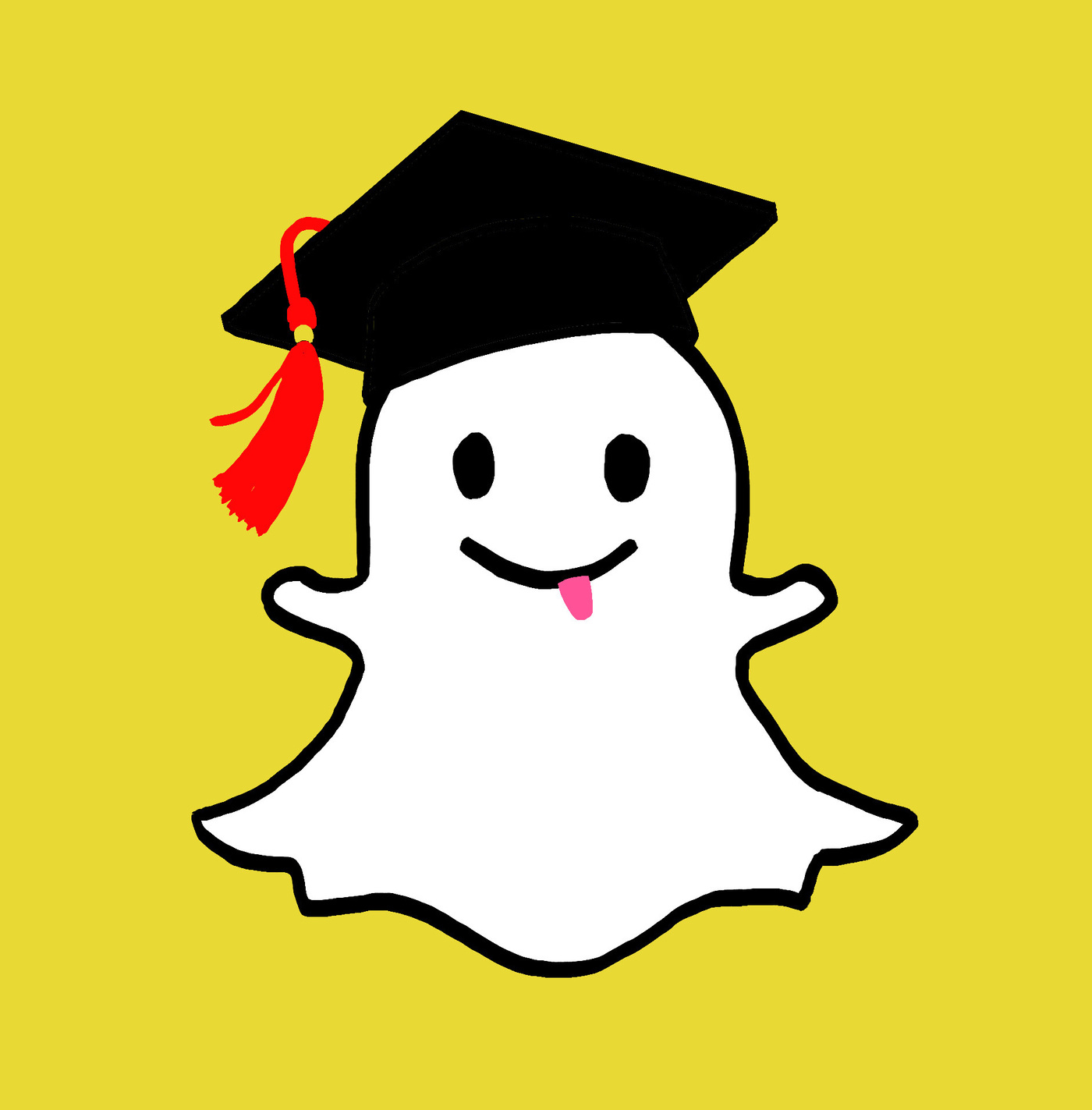 What's the first step of learning?

Which may be hard for students to do when they're constantly peeking at their phones. So, as the adage goes: If you can't beat 'em, join 'em.

One app that teachers are embracing is Snapchat. That's the one where you send a video or picture, and then it disappears 10 seconds after you open it.

For some teachers, it makes sense. Their students are already using it. Snapchat has around 100 million users worldwide and, according to one estimate, 77 percent of college students use it daily.

And so, Michael Britt thought, why not go there? He's an adjunct professor at Marist College in upstate New York.

Since last fall, Britt has built Snapchat videos into his introductory psychology class. He takes "snaps" of real-life examples of what he's teaching in class, and posts it to the app. He does this right before exams, so his students will look at them when they're studying.

"The best way to learn new material is to try to personalize it to your life," Britt says. "You know, come up with an example or attach it to some prior knowledge."

Plus, Britt has guaranteed an audience for his effort: About 90 percent of his students look at and use his Snapchats to study, he estimates. So, it makes it easy for Britt to push a little knowledge his students' way when they're not in class.

Salma Metwally, a freshman in Britt's class last semester, thinks that helped raise her grades. She recalls a specific snap of Britt's when she was learning about the biology of the brain. The snap featured Britt's niece in her ballerina tutu, standing on one leg. Britt used the snap as an example of how the cerebellum in the brain controls balance.

"When you're sitting in an 8 a.m. lecture, it's hard to listen to a professor," she says. "You may be listening but you're not processing anything." On Snapchat, she says, "it's easier to retain information there than it is in class."

Her classmate Samuel Nast agrees. It's something that more teachers should be doing, he says.

"It takes effort not to be constantly checking your Instagram, Facebook Snapchat, whatever else you use," Nast says, "But if you can turn it all into a learnable moment it's not just distracting, it's also useful and productive."

Nast says Britt only allows students to look at Snapchat when they leave the classroom. And outside the classroom is where all Britt's examples come from.

Another of Britt's snaps shows a video of a soccer game he attended. In it, he points out that the fans represent a concept called de-individuation — an idea he had covered in class. You can hear the cheering in the background as Britt quickly explains the concept. With only 10 seconds though, his voice is clipped at the end.

Britt has a love-hate relationship with the brevity necessary for snap videos. While no one likes getting cut off, he doesn't want these videos to turn into full lectures. Snapping students makes the information accessible and convenient, Britt says.

"It's throwing it in your face repeatedly through the semester," he says. "Students need to learn to the extent that they're not just learning or cramming the night before." 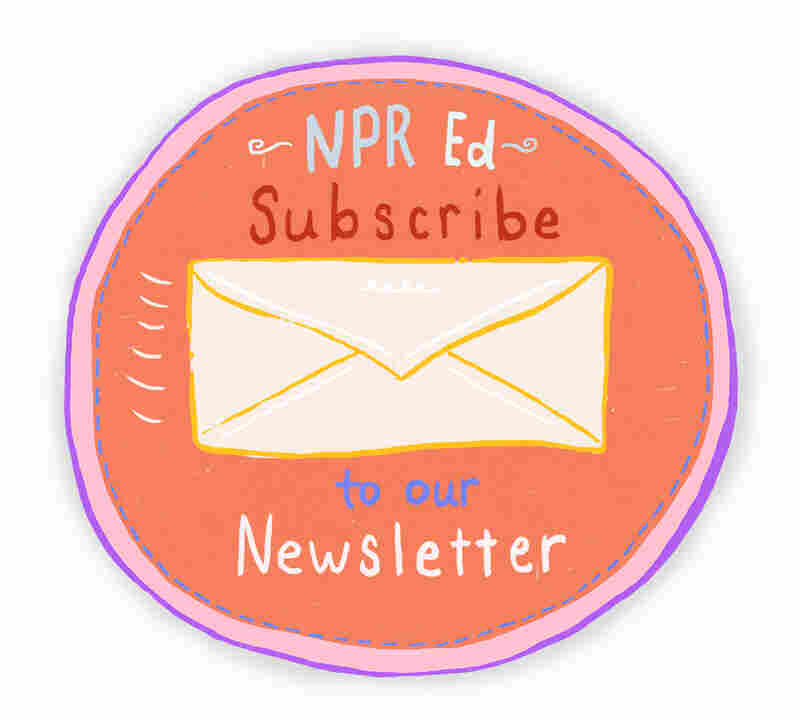 Although Britt found Snapchat appropriate for his college classroom, not all teachers agree. In September, the Wake County public schools in North Carolina banned students from accessing Snapchat on the school's wifi network (but students can still use it on their phones if they have their own data plans.)

The county found that Snapchat was not used instructionally and was not a classroom resource, says Lisa Luten, the district's director of communication. She added that, if a teacher found a good educational use for it, Wake County would consider removing the block. But so far that hasn't happened.

And when teachers do use Snapchat, that doesn't guarantee a success. In Denver, Iowa, Emily Huff has used Snapchat to teach high school Spanish for three years. Students can choose to take a picture of an item, label it in Snapchat and then take a video of themselves saying the word. It's quick and easy for vocab, she says.

But that's part of the problem. It may be too easy.

"It's easier, but not as helpful as other options because you can be completely finished with that word in 15 seconds," she says. "Vocab word retention isn't as good with Snapchat as it is with other more rigorous options."