Accessibility links
Broadway's 'Hamilton' Makes Its Way Into NYC's High School Curriculum : NPR Ed The Broadway hit tells the story of the American Revolution with a multi-racial cast and hip-hop music. The point is to make American history a lot more exciting than how it's often taught in school. 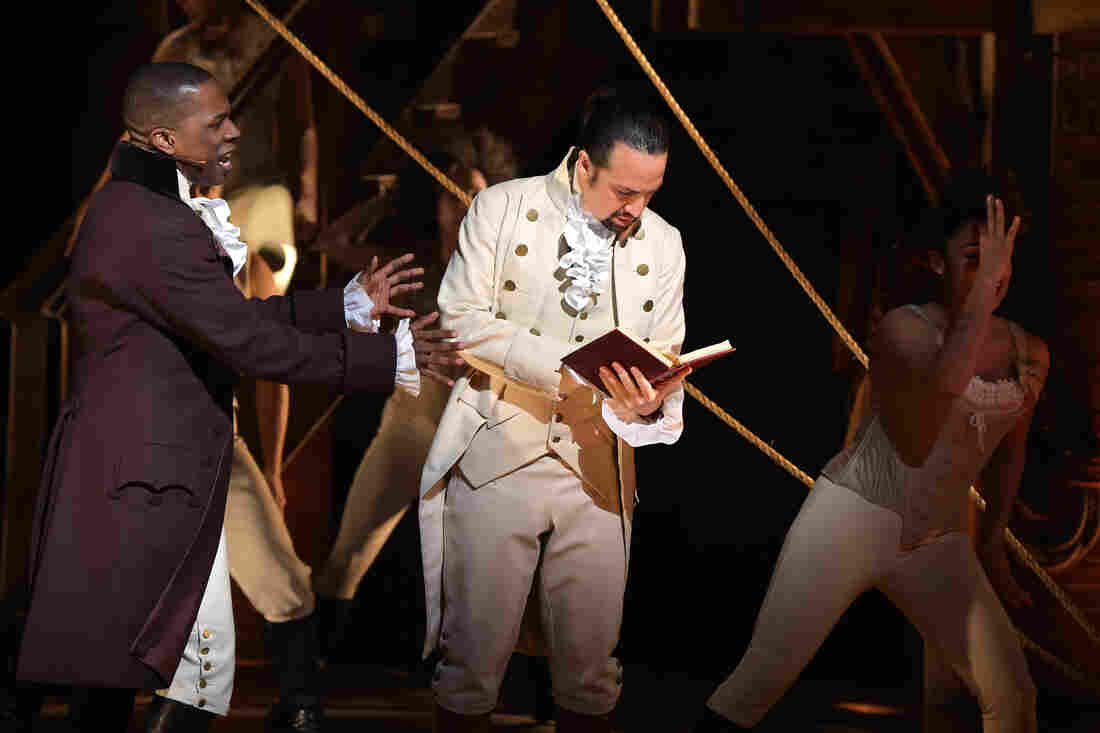 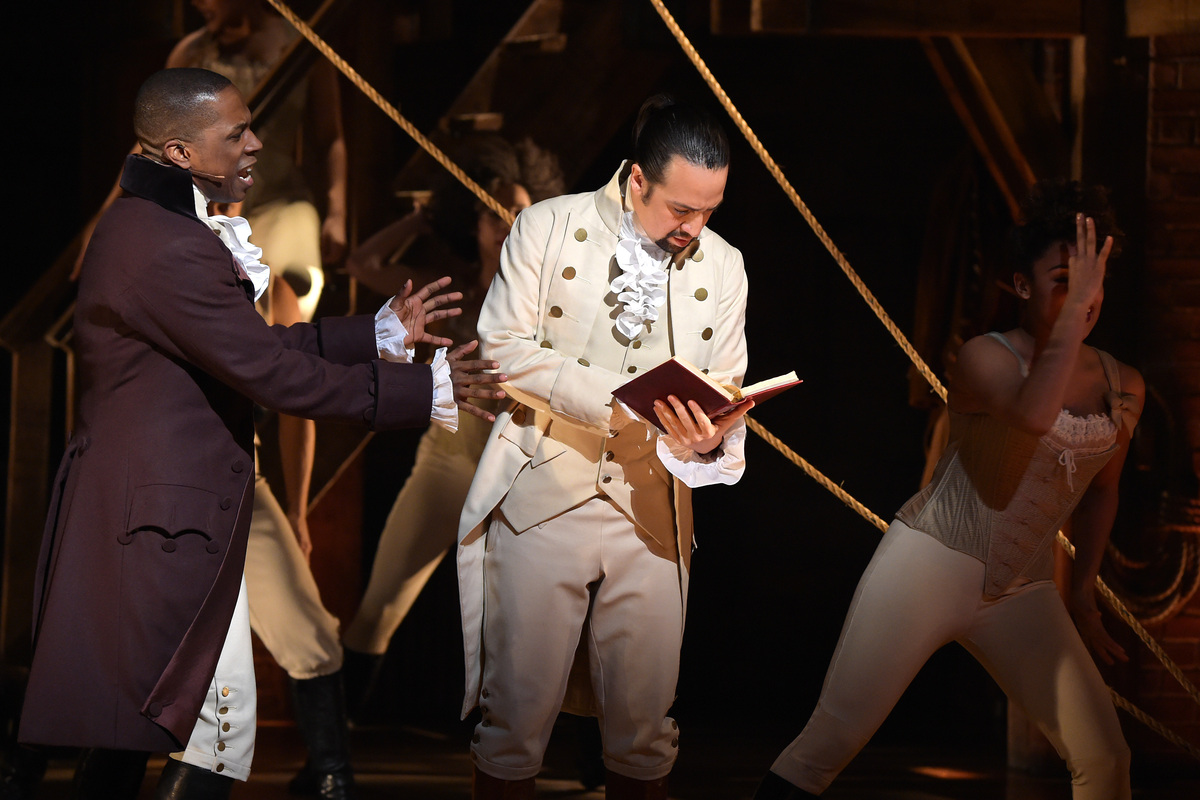 "How does a bastard, orphan, son of a whore and a Scotsman, dropped in the middle of a forgotten spot in the Caribbean, by providence impoverished, in squalor, grow up to be a hero and a scholar?"

Lin Manuel Miranda's answer to that question — the musical Hamilton — has taken over Broadway. And for the next year, it will take over 20,000 New York City high school classrooms. The program plans to implement a Hamilton-based curriculum created by the Gilder Lehrman Institute of American History. Students read and study some of the same documents Miranda used when he wrote the play.

Students from high poverty schools also get tickets to the show. This week, Miranda welcomed the first batch of 1,300 cheering students to the Richard Rodgers Theater in Manhattan.

Representatives from each school got a chance to perform their own short projects on stage. Their pieces tackled Miranda's opening question: How did Alexander Hamilton ascend from a Caribbean immigrant to the nation's first treasury secretary? Other pieces covered Hamilton's rival, Aaron Burr, and some of the contradictions in the Declaration of Independence.

The education program will travel with the show when it goes on tour, landing in classrooms in Chicago this September.