Accessibility links
NYC Teens Spotlight School Funding Woes On Stage : NPR Ed A lawsuit over the way public schools are financed in the state became so dramatic that it inspired some New York City high school students to write a play about it. 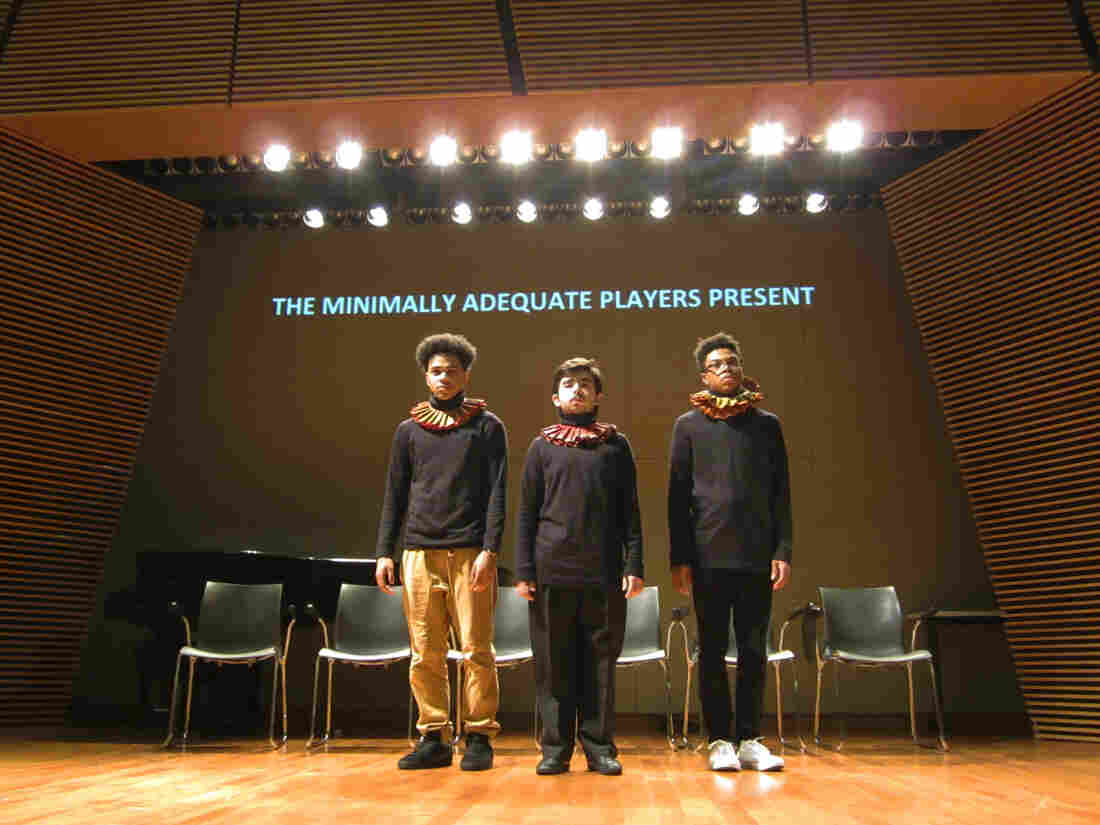 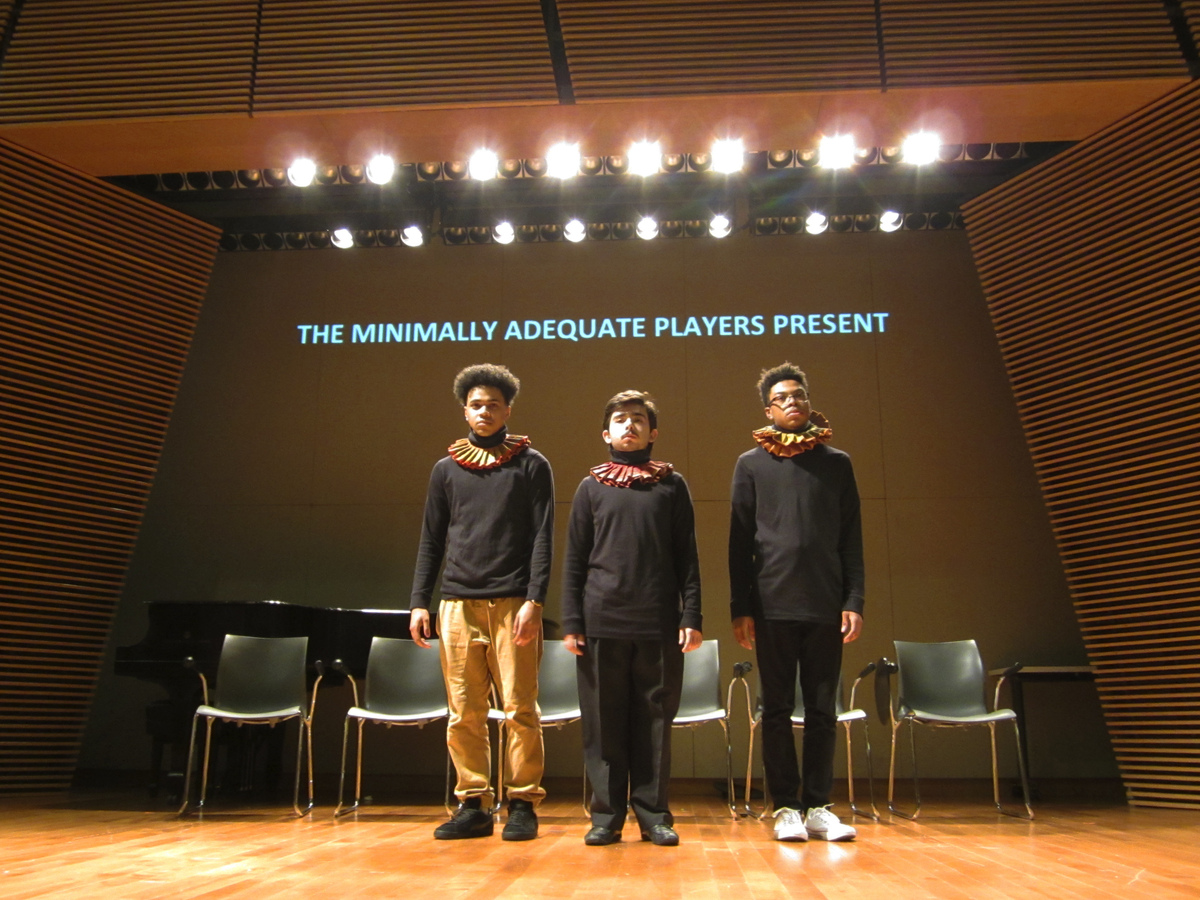 High school students perform 10467, a play they wrote about how their education has been affected by lack of resources.

A case over school finance in New York has been dragging on now for more than 20 years.

The lawsuit, by a group known as the Campaign for Fiscal Equity (CFE), was thought to have been settled in 2006. That's when the state's highest court ruled that New York failed to provide New York City with enough money for a "sound basic education," as required by its own state constitution. The following year, the state Legislature appropriated billions of additional dollars in school aid to rectify the funding formula for all New York school districts.

But those plans were thwarted by the 2008 financial crisis. As a result, education advocates say, the districts are still short about $4 billion, with almost $2 billion alone owed to New York City. Another lawsuit is now heading through the courts.

The case has now become dramatic fodder for a group of New York City high school students. They created a play showing how they've been affected by the lack of resources for their schools. Their scenes depict crowded classrooms that don't have enough notebooks, a school with a "gymnatorium," and politicians who keep passing the buck when questioned about money for public schools.

The 17 students who wrote and perform in the play are members of the Epic Theater Ensemble, a group that helps teens create their own plays with a social justice theme.

Last year's topic was school funding. The students, who hail from three public high schools, learned about the CFE case. They had help from the Campaign for Education Equity, a nonprofit research center at Teachers College Columbia University founded by one of the lawyers in the CFE case.

The resulting play is called 10467, named for a Bronx ZIP code, and the kids have been performing it all around New York. Raymond Sanchez, 17, and Vanessa Martinez, 17, are two of the performers and writers. They attend the Bronx High School for Writing and Communication Arts. Here are excerpts from an interview with them about their production:

Are the classroom scenes real?

VANESSA: These are actual problems that we are facing today. We're in a writing school, and we don't have paper. And the thing that's true is the gymnatorium, as one of my cast members said before. It's a gym and an auditorium together. So, literally, when you're trying to play basketball, you have to watch out for the poles that support the auditorium, otherwise the basketball bounces back to you, hits someone in the eye, infirmary.

RAYMOND: The part we had where the teacher who could not pay attention or help one student at a time effectively is something that we kind of see every day. 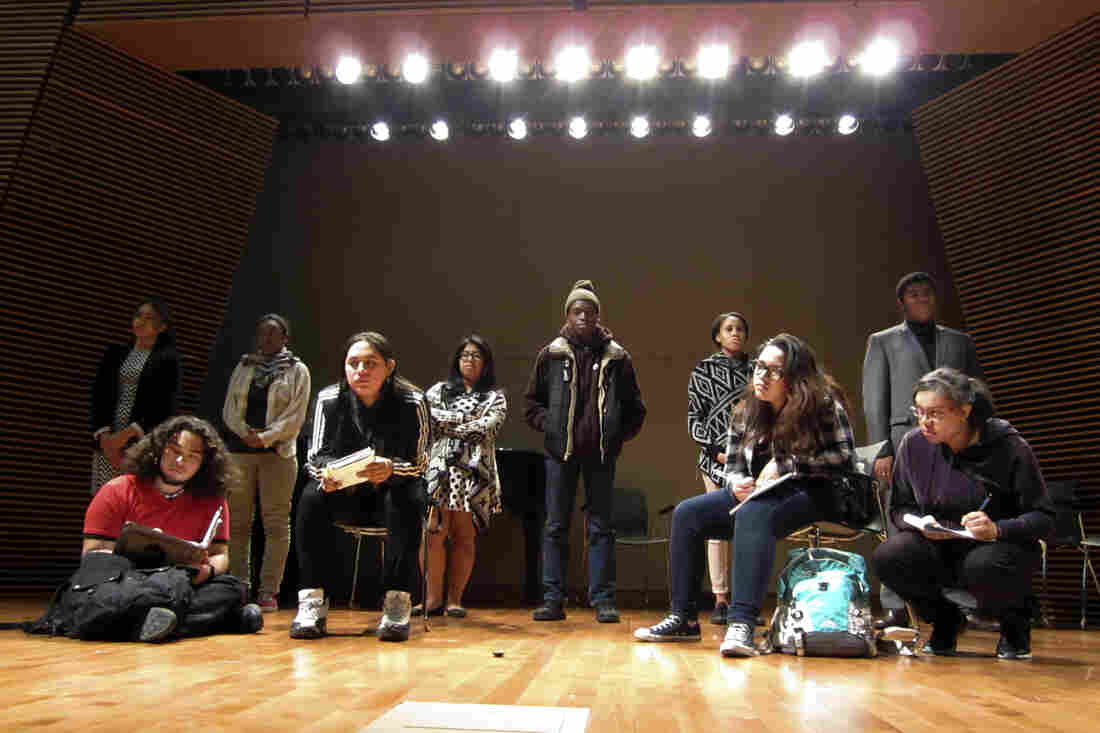 The 17 students who wrote and perform in the play are members of the Epic Theater Ensemble, a group that helps teens create their own plays with a social justice theme. Beth Fertig/WNYC hide caption 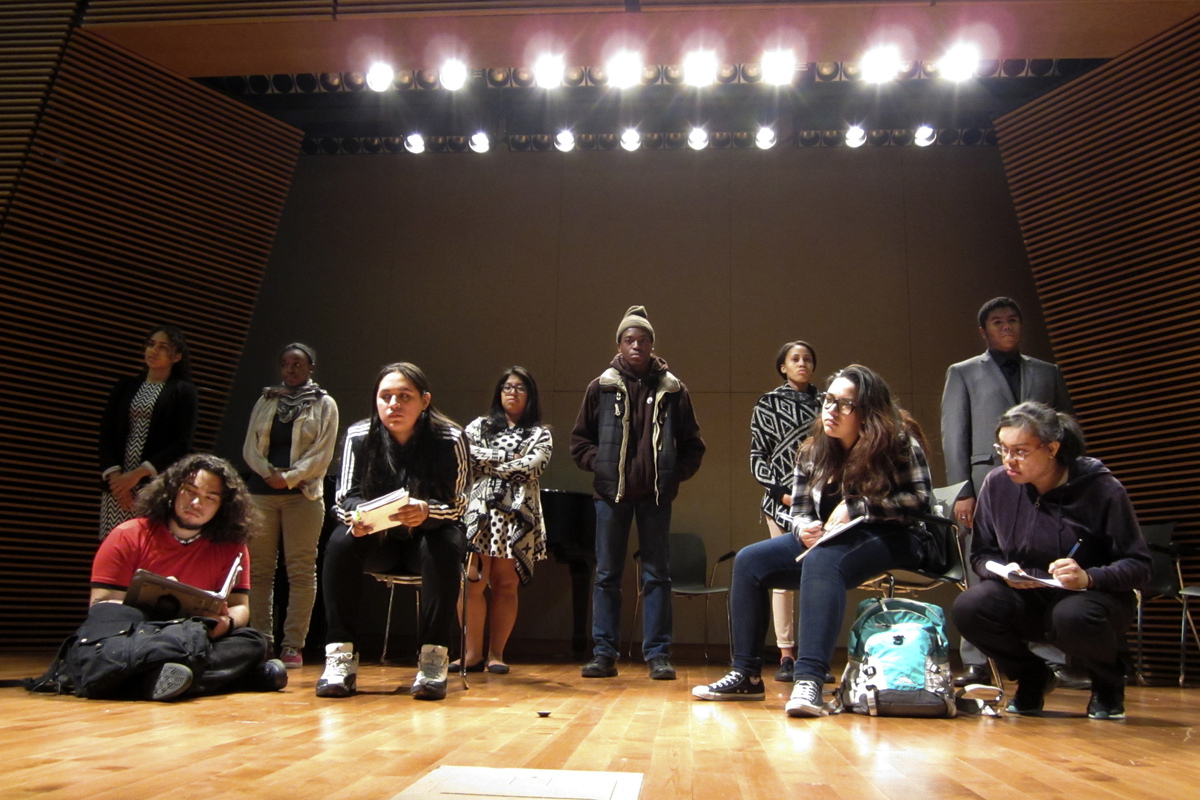 The 17 students who wrote and perform in the play are members of the Epic Theater Ensemble, a group that helps teens create their own plays with a social justice theme.

How do teachers react to the play?

RAYMOND: I did get a reaction from my algebra teacher who came to see a show that we did at National Black Theater, and she was like, "That was disturbingly accurate." And that was literally what she just said.

What was your reaction when you learned about the CFE case?

VANESSA: "Really? Really?!" I think that was just going on in our minds. Because while there's a lawsuit — OK, great, we won. So, where's the money? Why do we still have crashing computers? Why do we still run out of paper? We looked at each other and we said, "This isn't normal." We think it's normal because this is what we face every day. Especially the ZIP code our school is in, we expect barely OK. That's what we have been used to. But now doing this play and learning about it, that is not OK.

RAYMOND: We were all just so caught up on the words "minimally adequate" [from the court ruling]. It's like, don't we at least deserve adequate or better than that?

The CFE case is still going on. What are the solutions?

VANESSA: That's a hard question. I think what everyone is trying to accomplish is a sound basic education. An education where we don't have to go all the way to Manhattan because we think the ZIP code is better, so there must be a better school.

RAYMOND: We are expecting to spread the word as much as possible. Once we do that, once enough people hear about it ... see the problems that New York City kids are going through, and kids all around the United States are going through, then people can finally, as we said in the play, stand up and stop standing down. And they can finally fight for what's right for us.

VANESSA: This is your right. You have the right to have a voice, and we are here to tell you that you do have it. So please join us and say this is what's wrong in my school and we have to change it, because if our generation doesn't take it, you know, we can't leave the next generation to.