Accessibility links
Forget The LSAT. This Law School Will Accept Your GRE Scores : NPR Ed The LSAT has forever been the choice exam for law school admissions. That's no longer the case at the University of Arizona, and maybe many more schools in the future. 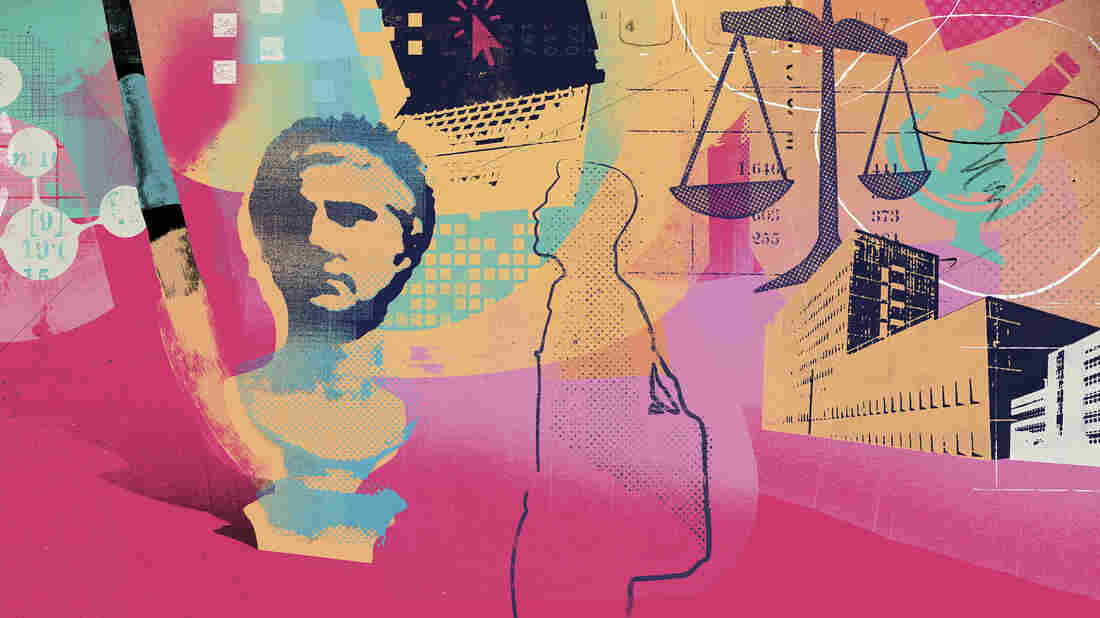 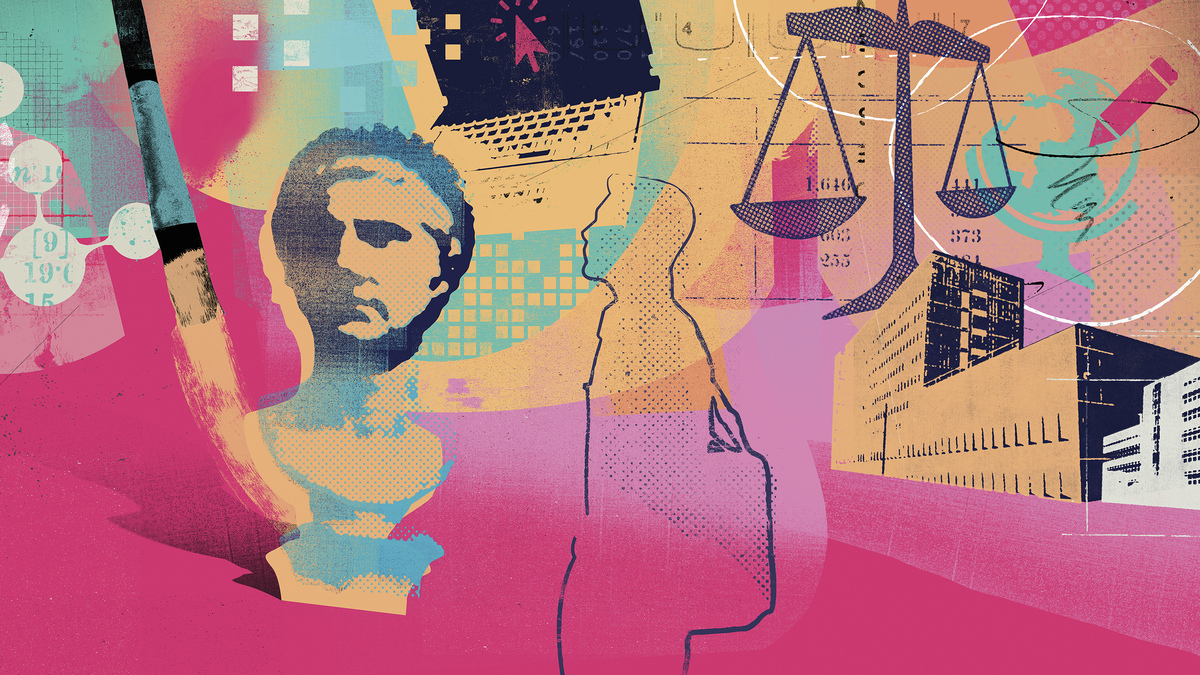 It's almost cram time for anyone taking that dreaded law school entrance exam next month: the LSAT. Simon Brick, who just graduated from the University of Arizona and has an interest in international law, says he's been studying for the test for months.

Brick hasn't ruled out the possibility of going to law school at Arizona, where he was in a pre-law fraternity. "I know that it is a very good law program," he says. "Right now I'm keeping my options open."

For decades, the LSAT has been a requirement to get into any J.D. degree program, but that's no longer the case at Brick's alma mater. This year Arizona's law school decided it would also accept scores from the GRE, a more general graduate school admissions test.

That means Brick could spend that LSAT Saturday in June eating bonbons, but he won't. Instead he'll muscle through the four-plus-hour test because he's also interested in a handful of programs that do require the LSAT — for now.

It allows us to build a class that will be more diverse in every respect.

Marc Miller, Dean of the University of Arizona College of Law

He points to a recent study, commissioned by the school, which says the GRE is reliable. And for several reasons Miller also thinks the test is more accessible. For instance, prospective applicants can take it almost any day of the year. The LSAT is offered just four times a year.

Miller hopes that'll expand the pool of applications to Arizona's law school, and with it, the school's racial and ethnic diversity. It's no secret the legal field lacks diversity. According to the last U.S. census, about 88 percent of working lawyers are white.

"It allows us to build a class that will be more diverse in every respect," says Miller.

It's also no secret many fewer people, in general, are interested in being lawyers. That fact has some people skeptical that Arizona's move to the GRE is just about diversity.

"The number of applications and applicants has gone down a lot and law schools right now are looking at ways to fill their seats," says Staci Zaretsky an editor at Above The Law, a blog covering news and issues in the legal industry. She points out that between 2004 and 2014 the number of law school applicants dropped from about 100,000 to roughly 55,000.

Then, there's this. The Law School Admissions Council, the group that oversees the administration of the LSAT, recently considered whether the University of Arizona could lose its membership for violating council bylaws.

Allowing the GRE to be used for admittance is kind of undermining the work that law school students have put in in the past.

Deans from 149 other law schools (that's nearly as many deans as there are law schools the U.S.) didn't think that was a good idea. They wrote a letter in support of U of A, urging the council to reconsider. And it did.

Miller, Arizona's law school dean, has always maintained the move to the GRE is more about innovation. "Has the downturn led us to think about the different ways we can broaden the base? Absolutely. We don't view this as a bad thing," he says.

Brick, the law school hopeful, agrees that the move to the GRE could be a step in the right direction, "I think it's good because it fosters a more diverse environment."

But he says he can't ignore the idea that the LSAT tests for a very specific skill set that students will use in law school. "Allowing the GRE to be used for admittance is kind of undermining the work that law school students have put in in the past to get into law school," he says.

The University of Hawaii and Wake Forest University in North Carolina are also studying the possibility of switching. GRE officials say about a dozen other schools are showing interest, too.