Accessibility links
How To Fix A Graduation Rate Of 1 In 10? Ask The Dropouts : NPR Ed Across the country, public universities are struggling with abysmal graduation rates. Here's one campus — San Jose State University — that's trying to do something about it. 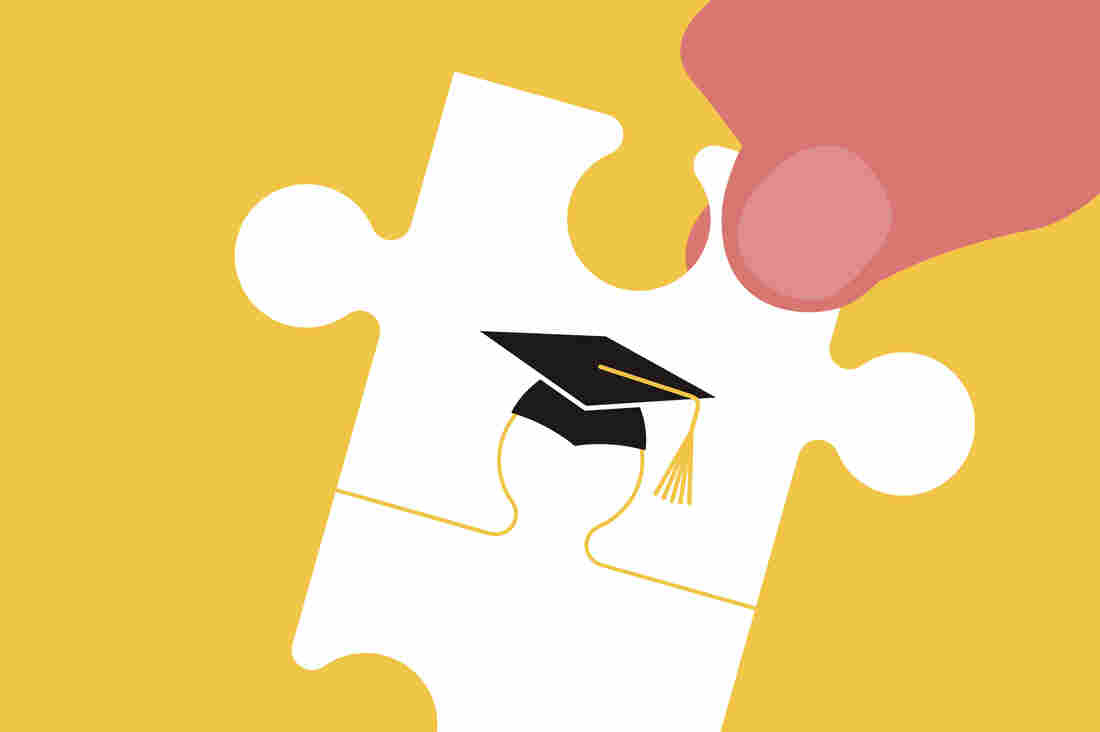 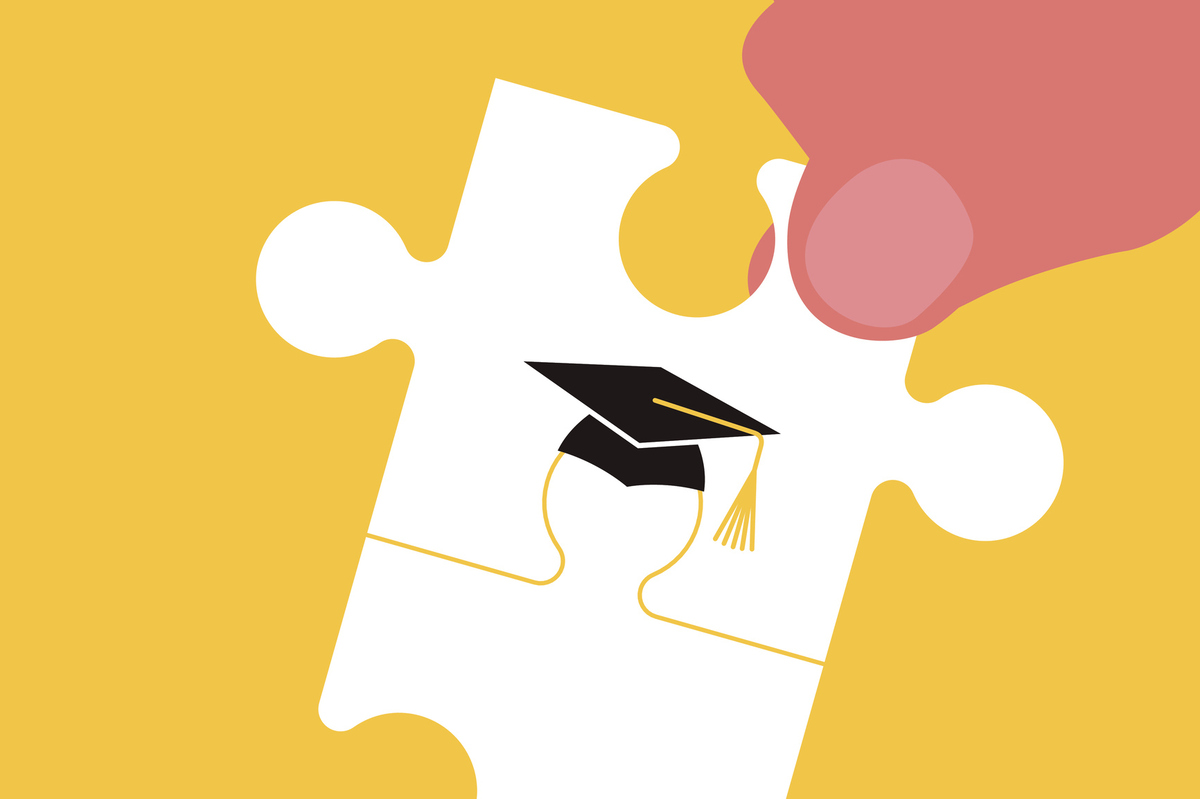 On San Jose State University's lush inner-city campus, students in their graduation gowns pose with their families in front of ivy-covered buildings.

They're the lucky ones.

Just 10 percent of students graduate from this public university in four years. After six years, it's only a bit more than half.

Think about that — of 100 students who enrolled four years ago, only 10 will walk across the stage this year.

That sounds low, but you can find these kind of numbers at lots of universities in the U.S.

What's not typical is how San Jose State is tackling the problem.

Up on the north side of campus, you'll find Marcos Pizarro on the second floor of Clark Hall. At 6 feet 2, he's nearly as tall as his tiny office is wide.

A professor of Mexican-American studies, Pizarro has been at San Jose State for 17 years.

All that time, he says, he has heard the same explanation about why the graduation rate is so low. It goes like this: "Well, they're not as well-prepared, and they have a lot of other commitments."

It's true, he adds, many students here do come from underperforming schools. Pizarro knows because he has taught in those schools.

And a lot of them work full-time jobs — both to pay for college and to contribute to their families.

Yet, Pizarro adds, something else is true too: "They're amazing. They're really phenomenal." In class, he says, these students are some of the most engaged, motivated and insightful people he has worked with.

So why aren't they graduating?

When Pizarro started looking at the data, he found that San Jose State's graduation rate is bad for all students. But for Latinos it's really bad: Just 4.5 percent graduate in four years. African-Americans do only slightly better.

Pizarro couldn't let this go. The more he thought about it, the more he realized he needed to talk to those students. Not the graduates. But the ones who left.

Pizarro and a few colleagues obtained a grant, and they started calling up hundreds of San Jose State dropouts, with a focus on Latino and African-American students.

Basically, these former students blamed themselves.

But there was more to it.

"Then we ask specific questions," explains Pizarro. "And they say, 'Oh yeah, well, I couldn't get classes for like two semesters. Yeah, and I couldn't meet with an adviser.' "

What emerged from these interviews were real institutional barriers.

And there was one final problem: The dropouts never felt part of the campus community.

These concerns resonate with many of the students I spoke with on this campus of more than 33,000.

"I was depressed," Maria Martinez says of her first semester. "I wanted to drop out." She says at one point she stopped going to class. She called her parents: I'm coming home, she told them, to go back to work in the fields.

Jalil Ahmad drives an hour each way to class. "I really didn't have a mentor who kind of told me how the whole college thing worked," he says. Ahmad has learned to arrange his classes back-to-back.

"I have to help my family; I have to work; I have to be in school," says Tania Galicia. "I feel like it's overwhelming. There have been times that I just want to quit — but I don't."

She arrives on campus each morning at 7, and gets home around 10 each night, juggling classes and work. What would help? "I really wish I had some type of guidance."

Stories like these persuaded Pizarro to create a group on campus to help. His plan: Give students that sense of community, and the other challenges would feel more manageable.

"If they had somebody to go to, the crisis doesn't go away, but how you handle the crisis and continue to go to school can be addressed," Pizarro explains.

Now, when he's done teaching at the end of the day, he doesn't head home. Instead, heads to the Student Union.

On this night, he and his colleague Itza Sanchez are hosting about 300 students. It's Pozole Night: Over the traditional Mexican soup, students study, check in with tutors and chat with counselors and professors.

Pizarro and Sanchez do this type of thing all the time. Sometimes families are invited, too. Other times they hold weekend retreats.

"It was infectious. I wanted to be a part of it," says Andy Feinstein, San Jose State's provost. He went to a Pozole Night and a similar event hosted for African-American students and says they convinced him the whole campus needed to try harder.

Before Feinstein became an academic, he explains, he worked in hospitality, managing restaurants and working at hotels. "If I put my hospitality hat on and I looked at the fact that only 57 percent of our customers were being successful, I would think that would be a pretty poor number."

Feinstein created a plan to address many of the concerns that came out in those exit interviews, such as the shortage of classes: "We're going to be spending about $2.8 million next year and actually providing about 500 additional classes to our students."

San Jose State is also working with nearby K-12 schools and increasing access to a summer remediation program.

Here's another problem: Currently, San Jose State has one adviser for every 1,848 students. Feinstein wants that number down to 1 per 600.

And, for the first time Pizarro and his colleagues will have financial support to continue their work.

It's too early to see whether these efforts will boost the graduation rate. But both Pizarro and Feinstein say they see signs that students are more willing to stay in school.

I met him at Pozole Night, where he was helping a classmate with an essay.

Espinoza tells me that before he met Pizarro, he had dropped out of community college and was on the verge of dropping out of San Jose State.

"He really did care about me as a person," Espinoza says, "which was strange coming from someone who was part of the campus."

Espinoza, the first in his family to go to college, says that personal connection helped him get back on track. After graduation, he says, he'll start work on a master's degree.