Accessibility links
These Graduates Beat The Odds, Now They Need A Job : NPR Ed What's the key to helping a child born in poverty make it to the middle class? Some say it's good preschool, others say a college diploma. For one advocate, the time to help is at the end of college. 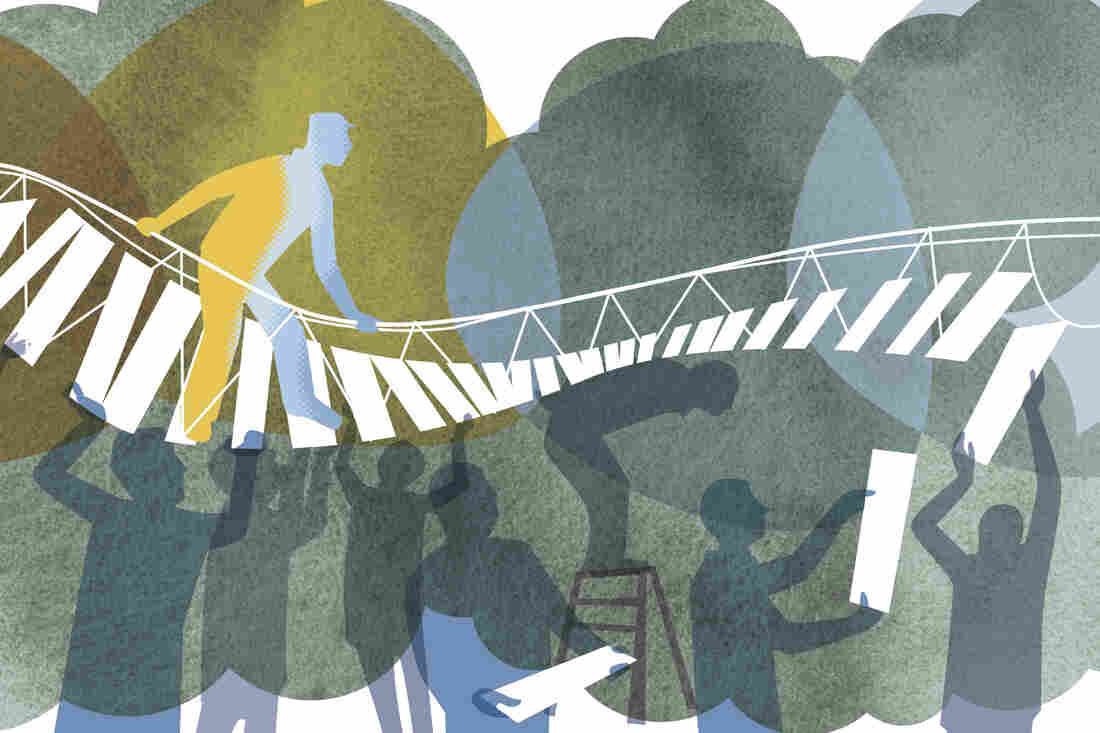 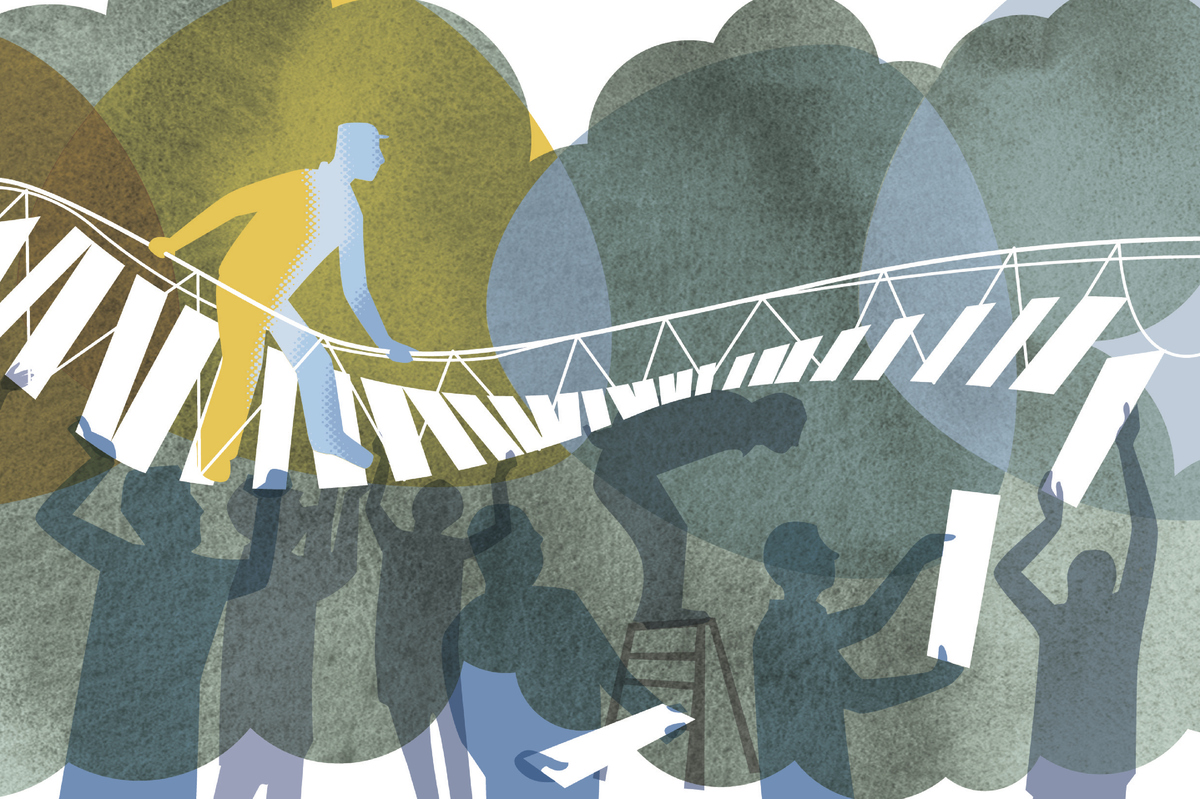 She didn't define success in terms of test scores. Instead, she focused on the future, wanting her students to graduate from college and find a good job.

Eubanks Davis remembers when some of her earliest students first began that process, sending out resumes and preparing for job interviews.

"Oh, my goodness," she remembers thinking. "This is the moment you want to see: your former students living their dreams."

But all too often, instead of job offers, they got rejection notes.

"I was horrified," Eubanks Davis says.

Her students — most of whom were underrepresented minorities — had beaten the odds and made it through college only to falter at the last step: They didn't know how to get that good, first job.

It isn't only Eubanks Davis' students. Research suggests that black and Hispanic college graduates are less likely to find employment than their white peers. And, when they do, they earn less over their careers.

Eubanks Davis knew her students were "just as hard working, just as talented, just as smart" as other students. Yet, she also knew they "weren't getting as hard a look from the labor market." Why?

She found the answer in her own experience, growing up in a poor neighborhood on Chicago's South Side. Eubanks Davis knew what it was like to enter the working world, lacking one key thing: exposure to successful professionals.

It was the same story for many of her students.

"They weren't getting those skills and access to networks simply because of who they were born to and where they were born," she says.

Aimée Eubanks Davis set out to change this reality. She made a plan, raised money and created a nonprofit to give students what their universities couldn't — or didn't. She followed three principles.

First: Bring in professionals from the working world.

Eubanks Davis recruits volunteers from nonprofits and companies alike, including Apple and Google. These professionals become more than teachers; they're often the first contacts in her students' nascent networks.

Second: Transform the university classroom into a work environment.

"Can you operate and manage? Can you do a project plan? Do you know how to effectively communicate?" Eubanks Davis expects her students to be able to answer "yes" by the end of the class.

Third: Keep classes small. Thanks to partnerships she has forged with big, public universities, Eubanks Davis can keep things intimate. Each of the program's classes is limited to one professional and a handful of students.

The Place Where It Happens 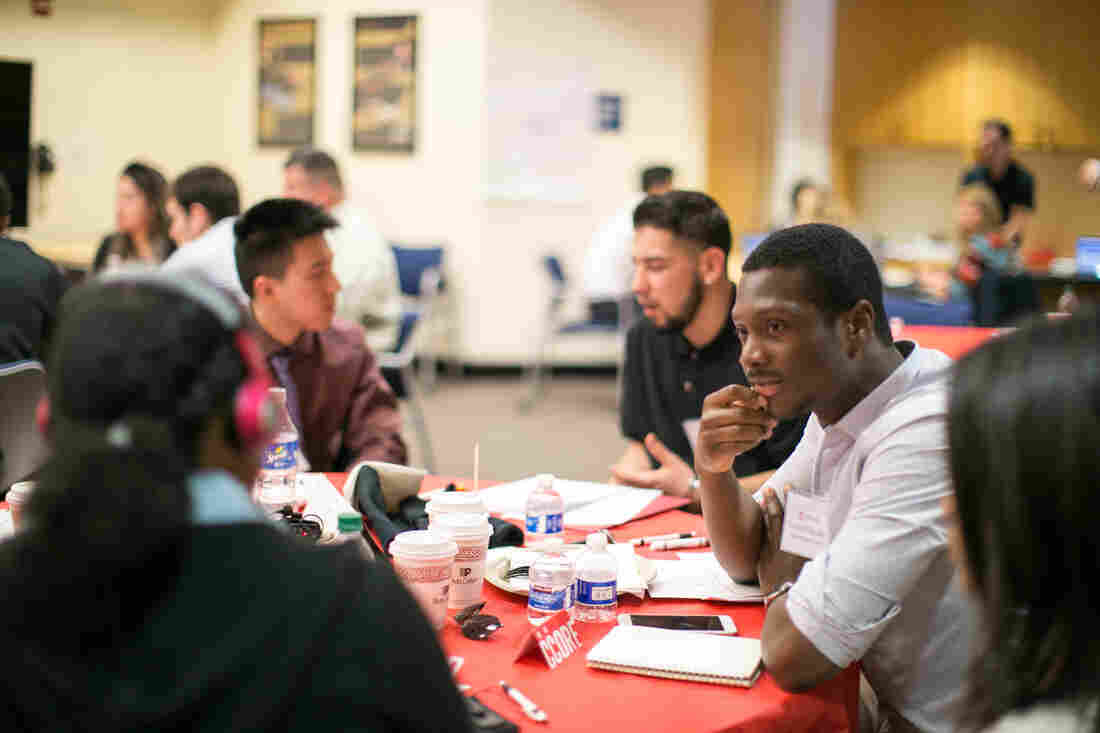 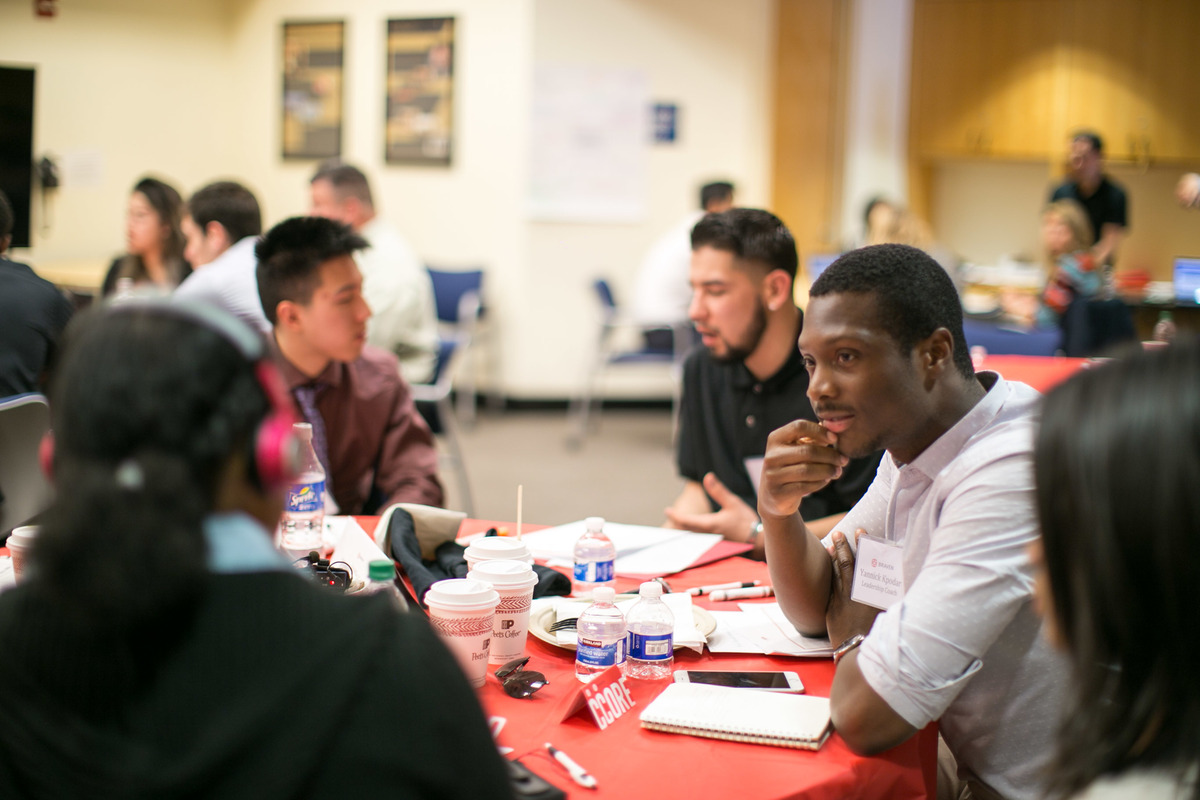 Teacher and consultant Yannick Kpodar (center) engages with students at a Braven event at San Jose State University in California.

Yannick Kpodar, a consultant by day, often spends evenings here, teaching four Braven students. But Kpodar doesn't lecture from the front of the classroom. Instead, the students do. He takes notes.

"You have to decide: How do you stand when someone else is talking?" Kpodar says after the students finish practicing a presentation. "I recorded it so you can see your body language."

The students have been given a challenge: Solve the nation's student debt crisis. Acting like consultants, they have pored over the data and interviewed stakeholders. Now, they prepare their recommendations.

"Panda Express, Subway, Starbucks — they're already in here," says senior Eduardo Abarca. "Might as well have them pay for some of the stuff."

Another group toils in the classroom next door. Their solution is to itemize everything on campus: the gym, the student union, the library. That way, they say, students pay only for what they use.

Farther down the hall, a third group proposes paying tuition gradually over a student's lifetime.

While they have arrived at many different solutions, these students all seem to agree on one thing.

"Braven is the best course I have taken here at San Jose State," says Pauline Bassi, who is paying her way through school. Before enrolling in Braven, she says, she worried that she would end up nannying after graduation.

"It was worth signing up for it and worth staying late. I enjoyed every aspect of it," says Frank Osorio Gonzales, who is getting ready to travel across the country for a summer internship.

"I think Braven helps even out that power dynamic between professionals and trying to get that professionalism," says Jalil Ahmad, who is working at Teach For America this summer.

According to San Jose State, Braven students are more likely to stay on track to graduation. And, after taking the class, they seek out internships and other experiences at twice the normal rate. That's why the university has made it a full-time, for-credit class.

Elaine Collins, an associate dean, says she has seen Braven's impact in more than just the statistics.

"For many of our students, they've spent their time here trying to hide their story because they are ashamed of it," says Collins, noting that many students come to San Jose State from low-income communities. After Braven, they "realize that their stories — instead of being a detriment — can be an asset."

In short, says Collins, "They feel like they belong." And that is the bridge that allows a student to walk from the graduation stage into a good, first job.