Accessibility links
3 School Money Stories: Chaos, Change And No Change At All : NPR Ed In a follow-up to its School Money series, the NPR Ed Team reports on three states that have, in recent weeks, made news for big challenges to their school funding systems: Texas, Arizona and Kansas.

Chaos, Change And No Change At All: 3 Stories Of School Money

Chaos, Change And No Change At All: 3 Stories Of School Money 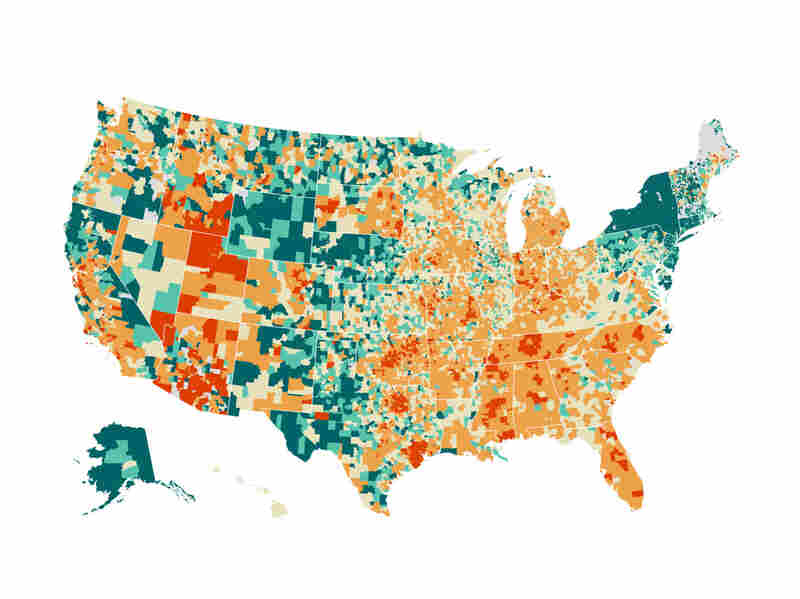 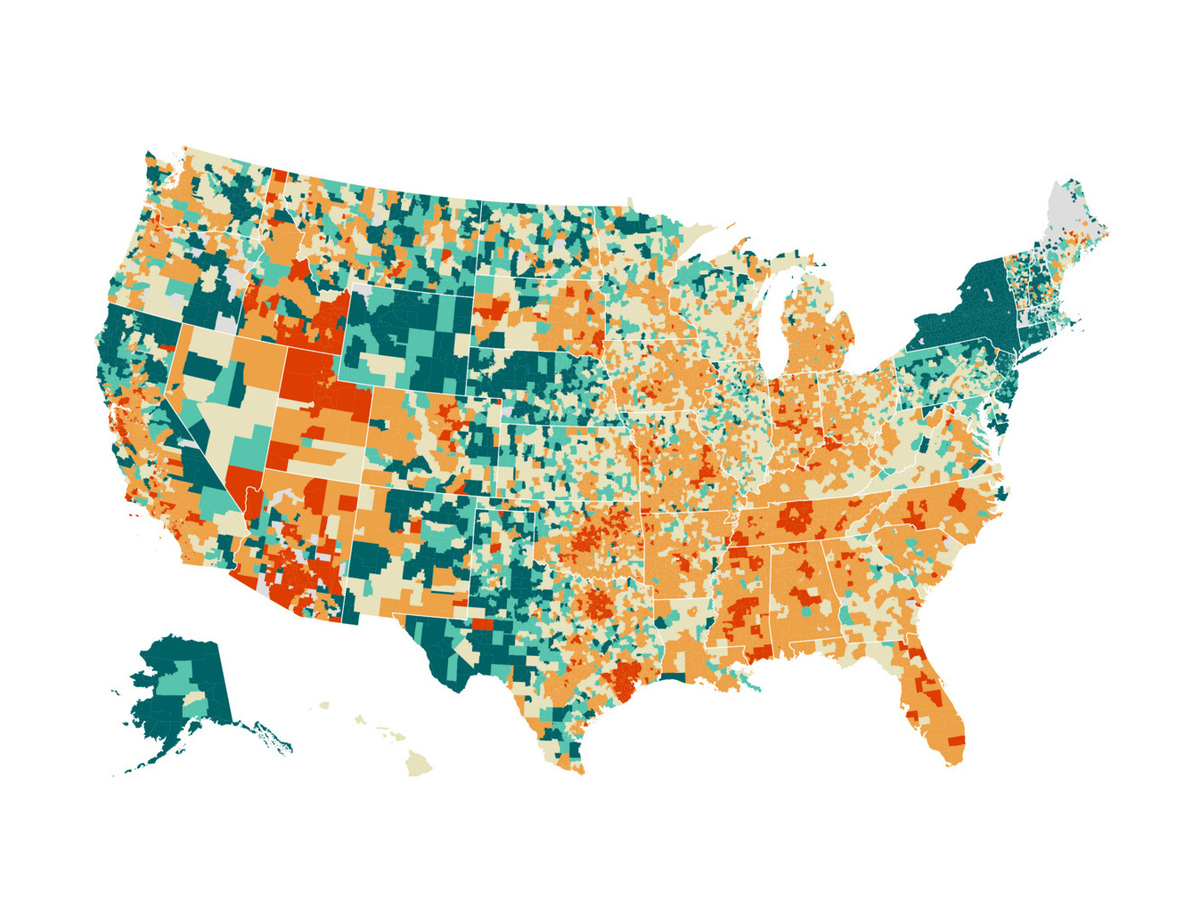 "My goal for this special session is to keep the schools open," said Sam Brownback, Republican governor of Kansas, talking about a high-stakes gathering today in Topeka.

He called lawmakers back from their vacations for a special session after the state's Supreme Court doubled-down on its demand that they make school funding more equitable across districts or risk a calamitous funding freeze.

"We cannot allow our children to be caught in a constitutional struggle between branches of government," Brownback said. But that's exactly what's happened.

The latest from Kansas is one of three follow-ups we have to the NPR Ed Team's recent School Money project, a collaboration with some 20 member station reporters exploring inequities in school funding and the impact those inequities have on students and families across the country.

All three stories — as explained by reporters in Kansas, Texas and Arizona — began with lawsuits but have led to radically different outcomes, ranging from chaos to change to no change at all. We'll start with chaos:

I spoke with reporter Sam Zeff of member station KCUR.

Sam, the court's deadline to lawmakers is June 30. Where do things stand?

Getting lawmakers back to Topeka to talk about school finance, that's the easy part. The hard part is going to be getting conservative Republicans and moderate Republicans to agree on a fix so that the state Supreme Court doesn't turn off the money spigot come the end of the month. 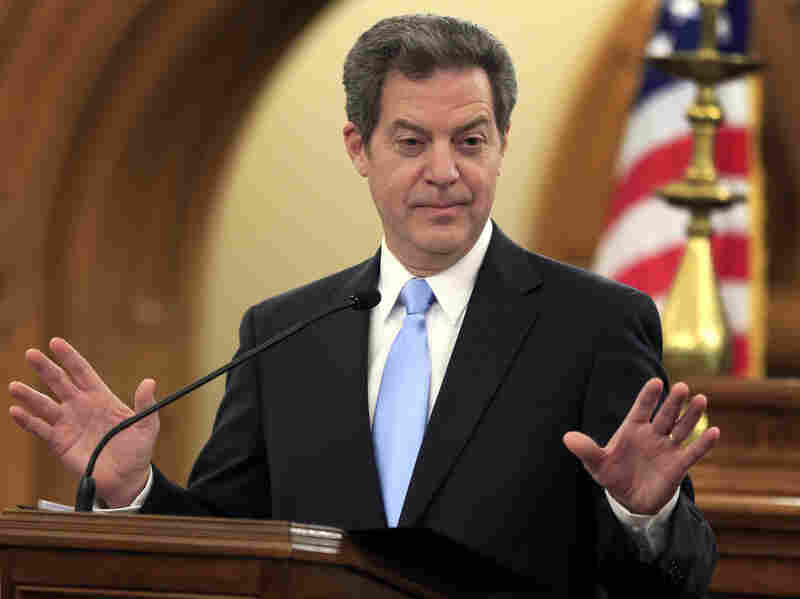 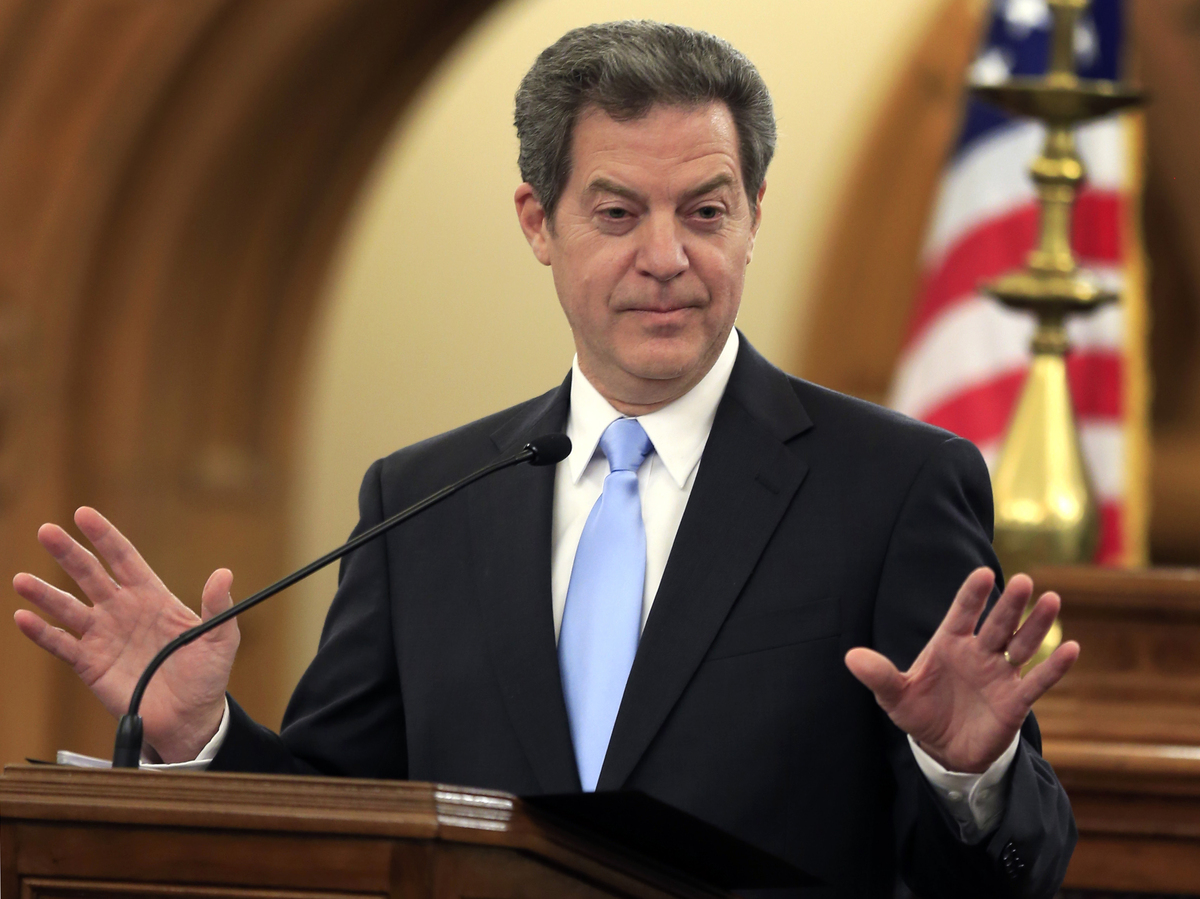 Kansas Gov. Sam Brownback speaks to the state Legislature in Topeka. The state Supreme Court rejected some education funding changes enacted by lawmakers earlier this year and threatened to order the state's public schools closed if inequality is not corrected.

One big reason this faceoff with the court has lasted so long is because the Legislature and the governor have made clear: They're not raising taxes, right?

That's correct. There was a big tax cut in 2012, and there is no appetite among legislative leadership to raise taxes to fund anything up to and including education.

Has this ever happened in Kansas?

The state Supreme Court recently ruled in a funding lawsuit brought by some 600 school districts. The result: No change at all. Here are the basics from Austin-based reporter Kate McGee of member station KUT.

Kate, the court refused to order any big changes to the state's school funding system. How did the justices explain that decision?

They said that the system satisfies minimal constitutional requirements and that they were wary of jumping in and making a decision to change the system. They felt that the Legislature was the place where changes should be made.

So the basic message from the court was that the school funding system there is good enough. Did they say anything else?

Even though the court upheld the current system, they were still very critical of it and said there's still lots of room for improvement. They called it "byzantine" and "ancient." One justice, Eva Guzman, wrote that "good enough now, however, does not mean that the system is good or that it will continue to be enough." So they really urged lawmakers to make some changes but did not mandate any changes to come from the ruling.

And finally, change. Arizona ranks 49th in per-student spending, according to Education Week, and, to make ends meet, one in five districts there has gone to a four-day school week. But voters recently decided to send their schools help, narrowly passing something called Proposition 123: The Arizona Education Finance Amendment. Reporter Carrie Jung of member station KJZZ in Phoenix has been covering the story.

Carrie, how much money did voters agree to send to their schools?

About $3 billion over the next 10 years. And that breaks down to about $300 per student per year.

What's the story behind this money?

This essentially settles a lawsuit that was filed because the Legislature had not been funding education up to a state constitution mandate. So, this money had to be approved by voters but will not require a tax increase. It's coming from a fund that manages the profits the state makes from leasing and selling its state trust land.

We mentioned Arizona being 49th in terms of per-student spending. Overall, how big a difference do you think this will make?

Well, it'll make some difference. But, from what I've heard, it's not going to move us up in ranking when it comes to per-student spending — or at least not that much. We don't know for sure because different states can do different things in this year. It might move us up a spot, maybe two.