Accessibility links
Babies Of Color Are Now The Majority, Census Says : NPR Ed Today's generation of schoolchildren looks much different than one just a few decades ago. 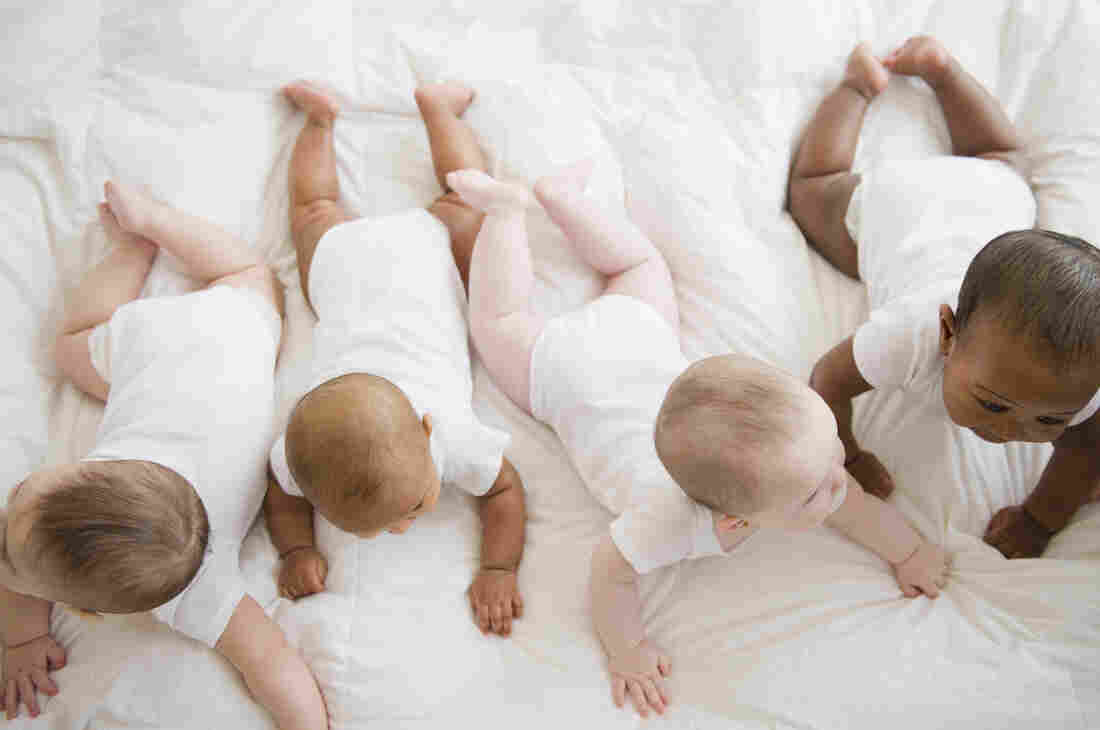 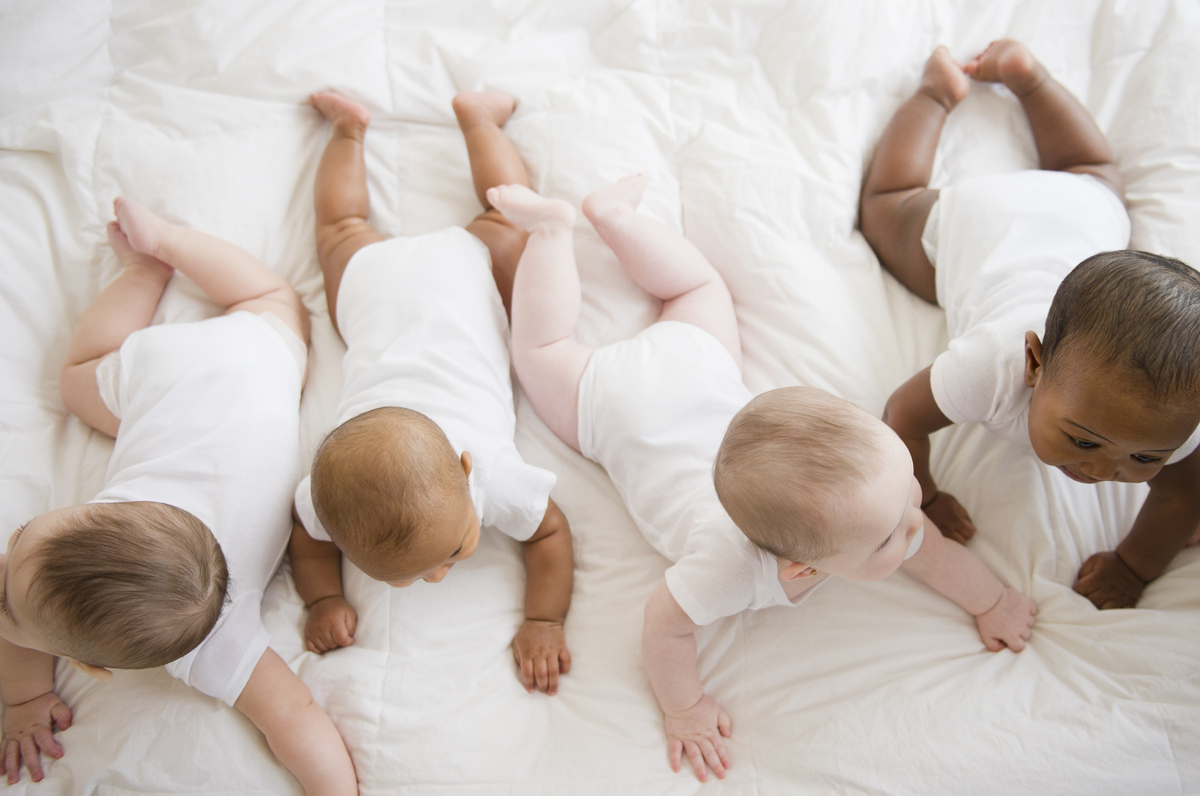 Today's generation of schoolchildren looks much different than one just a few decades ago. Nonwhites are expected to become the majority of the nation's children by 2020, as our colleague Bill Chappell reported last year. This is now the reality among the very youngest Americans: babies.

Babies of color now outnumber non-Hispanic white babies (1 year or younger), according to new estimates from the U.S. Census Bureau. The newest estimate shows that on July 1, 2015, the population of racial or ethnic minority babies was 50.2 percent.

But the scales may have actually tipped in 2013 — the Census Bureau often revises past population estimates as new data become available. That means the first of these babies are now preschool-aged.

We've already been seeing this shift in U.S. schools: the 2014-15 school year marked the first time that minority student enrollment in public schools surpassed that of white students.

For U.S. Children, Minorities Will Be The Majority By 2020, Census Says

America is heading toward the day when whites will no longer make up the majority of the population. And U.S. children will get there soon, according to a new U.S. Census Bureau report. The agency also says the overall U.S. population will grow older — and grow more slowly — in coming years.

By around 2020, "more than half of the nation's children are expected to be part of a minority race or ethnic group," the Census Bureau says, putting Americans under the age of 18 at the front of a trend that will see the overall population follow suit some 20 years later.

"When that shift for the U.S. as a whole takes place by 2044, the Census Bureau predicts no one racial or ethnic group will dominate the U.S. in terms of size," NPR's Hansi Lo Wang reports. "Overall, the U.S. population is set to grow more slowly over the next few decades partly because of declining fertility rates. It's expected to hit 400 million by 2051."

The forecast lists several changes America will undergo in the next 45 years.

Another finding states that from 2014 to 2060, "the working-age population is projected to decrease from 62 percent to 57 percent of the total population."

Some more highlights from the Census Bureau: 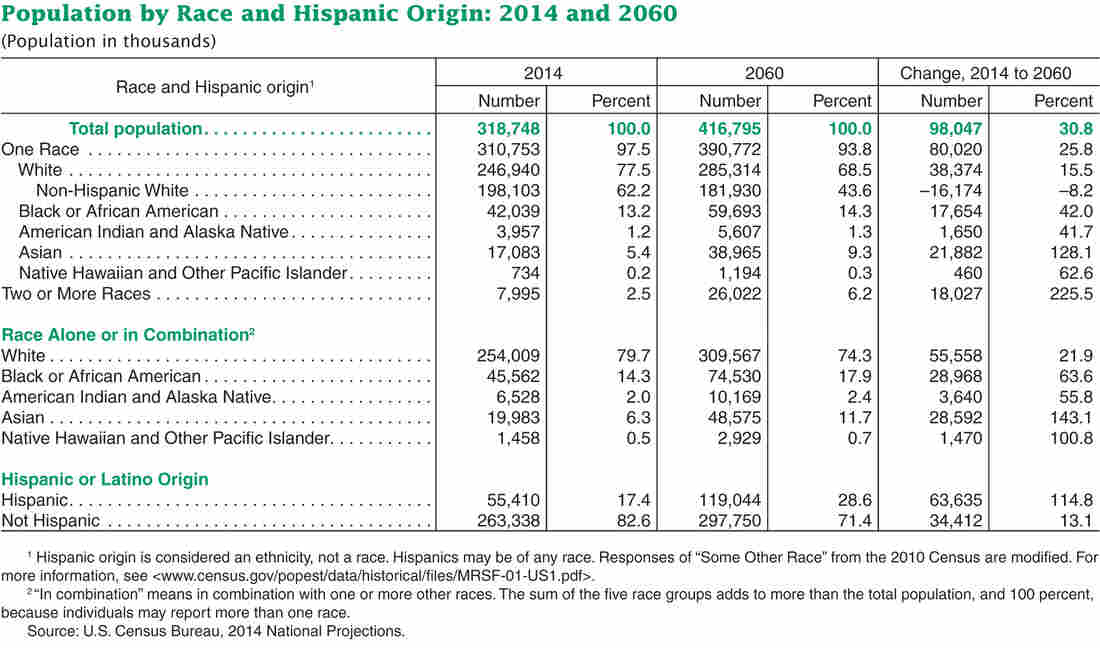 The Census Bureau predicts shifts in the U.S. over the coming years, with a more diverse — and older — population. U.S. Census Bureau hide caption 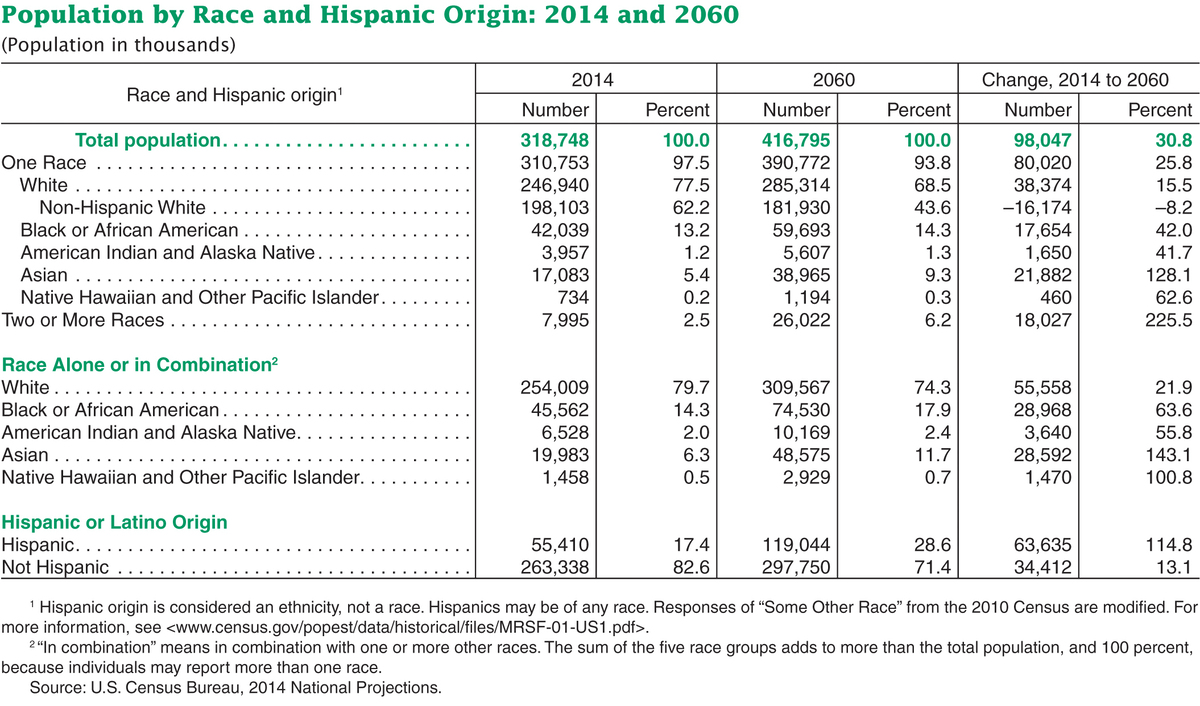 The Census Bureau predicts shifts in the U.S. over the coming years, with a more diverse — and older — population.