Accessibility links
That First Paycheck Is An Exciting Moment ... And A Teachable One Your first job can be a critical moment that sets you on a good financial path or a bad one. One group is trying to make sure low-income young adults get off to the right start. 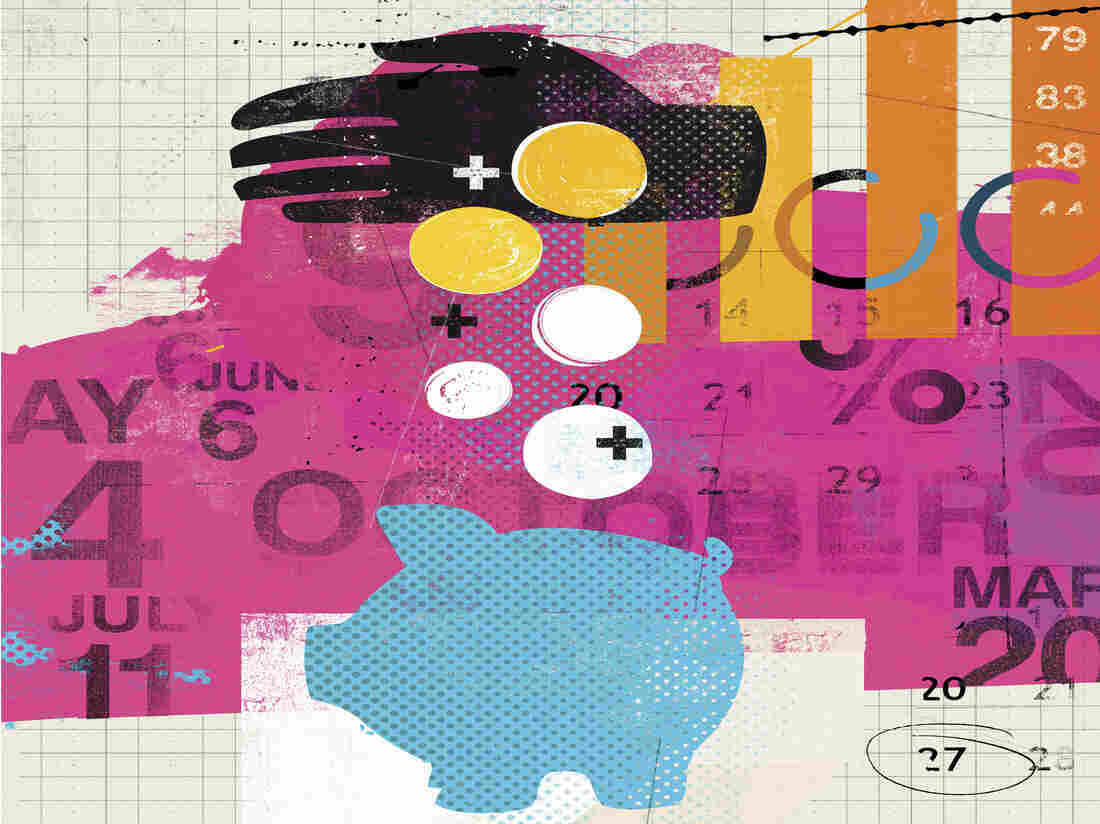 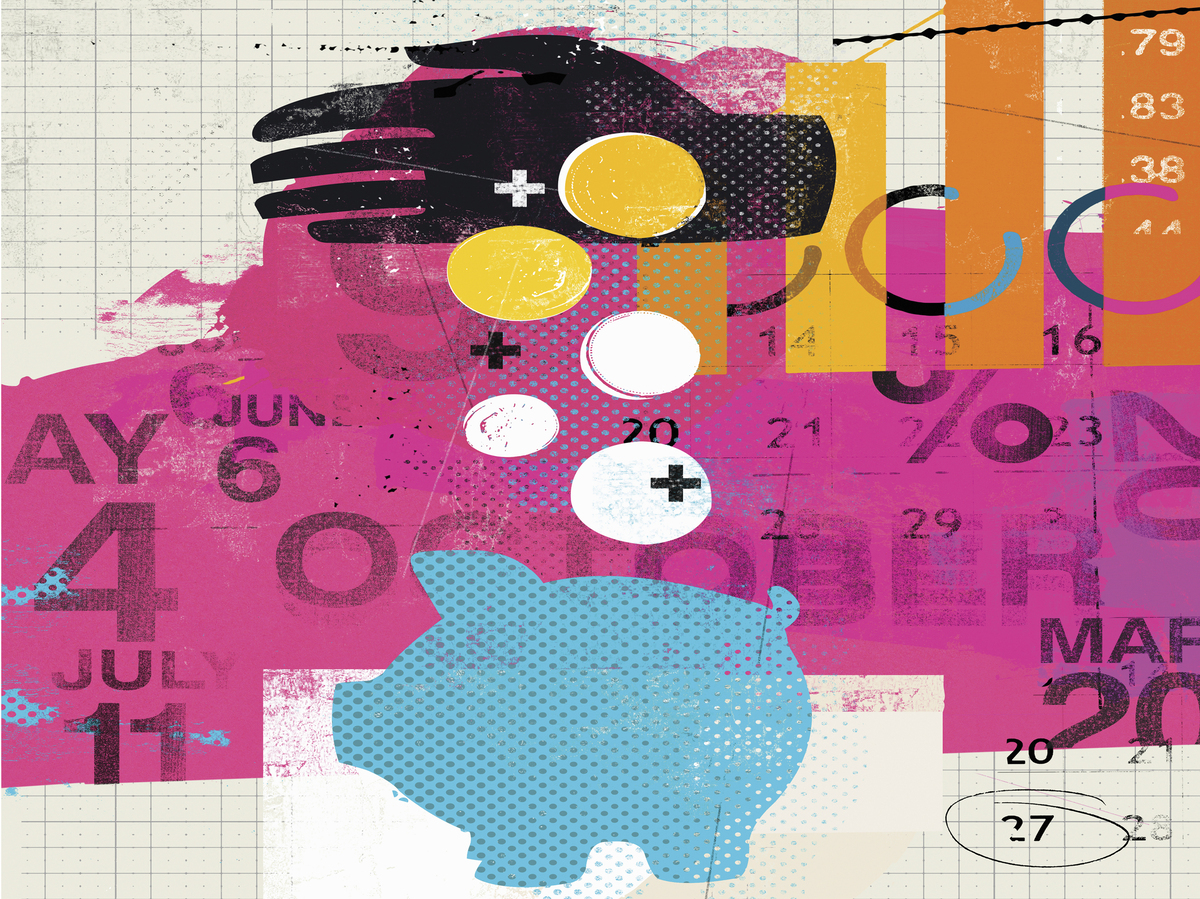 Walking to work in the Mission District of San Francisco, John Luna noticed a pattern. Just after the first and the 15th of the month, he says, he saw long lines of people.

"It's like trying to get into the most popular nightclub in the city," says Luna. But what he found at the front of the line was not a bar or lounge. Instead, the long lines led to check cashing outlets and payday lenders.

Luna, who is a financial adviser, grew up in this historically Latino neighborhood, where many of the residents are unbanked. Without a traditional bank account, they often turn to those check cashing outlets and payday lenders, where interest rates can top 300 percent.

What makes Luna particularly concerned are the young people he sees waiting in line. Joshua Ontiveros was one of them.

Working odd jobs, Ontiveros says he saw his earnings evaporate time and again. Soon, he was waking up in the middle of the night feeling trapped. He'd ask himself: "How do I do it? Where do I go?"

Scenarios like this one prompted the Obama administration to propose new rules last month that crack down on such predatory lending practices. It also prompted Luna to leave his job at a larger brokerage seven years ago and start working as a financial adviser to young adults.

The value of that first paycheck

Luna joined a nonprofit called MyPath. Now, he is based on Mission Street among all those payday lenders and check cashing outlets. And he is focused on that same population: low-income, young people often with their first steady job.

"When young people are earning their first paycheck, it's this powerful teachable moment," says Margaret Libby, who founded MyPath. 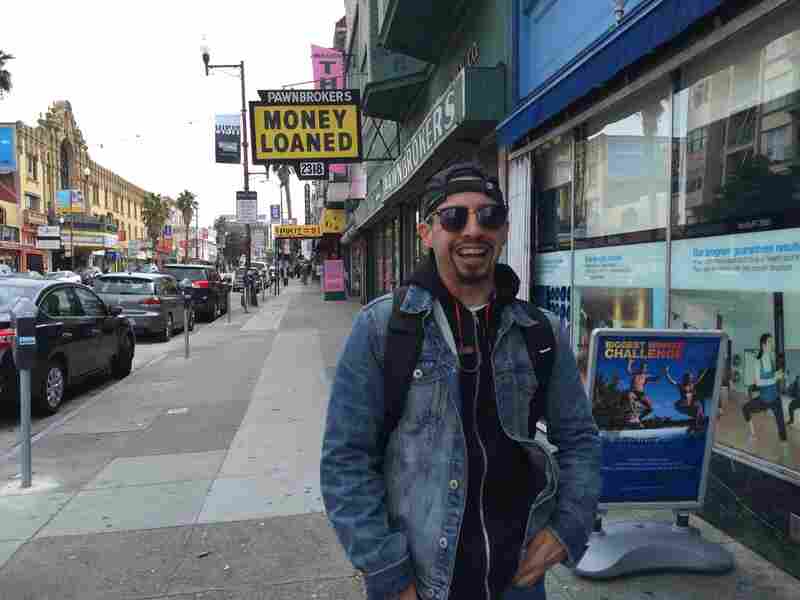 Joshua Ontiveros took out a MyPath Credit Builder Loan, which, unlike typical loans, does not allow him to spend the money. Gabrielle Emanuel/NPR hide caption 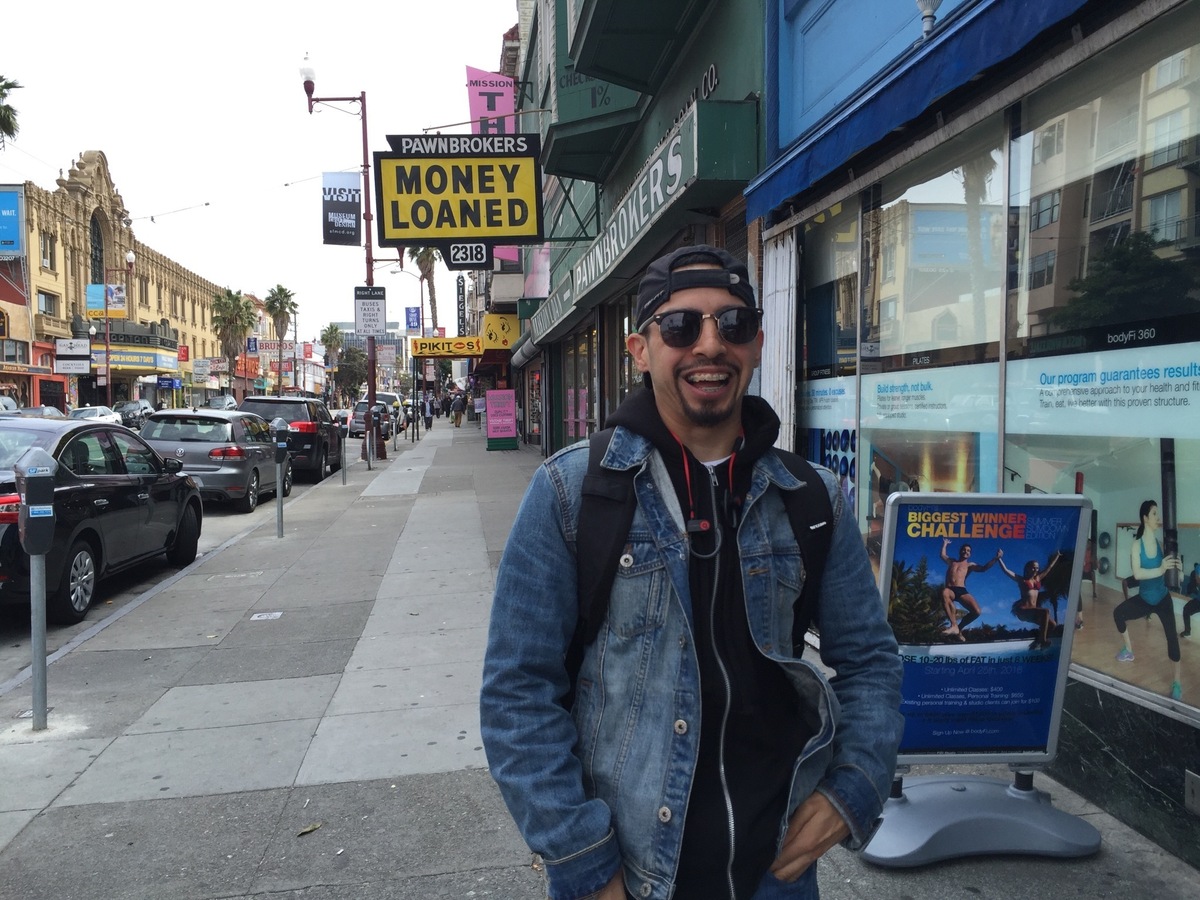 Joshua Ontiveros took out a MyPath Credit Builder Loan, which, unlike typical loans, does not allow him to spend the money.

The financial habits you establish right then, she says, can set you on a good financial path or a bad one. To reach this population, MyPath embedded in 50 youth-employment programs in seven cities.

Now, as these young people get job training and paid internships, they also get financial coaching in the form of a customized app, group discussions and one-on-one advising sessions.

"But it's not enough to give people information," says Libby. "You have to give them opportunities to put that information into action."

They push for banks to accept a school ID instead of a driver's license. They want to lower the minimum balance requirements. They set up savings accounts that pay the account owner for achieving savings goals.

Tired of odd jobs, Ontiveros signed up for one of the youth employment programs. That's where he met Luna.

"Where are you at, right now?" Luna would ask Ontiveros during their one-on-one sessions.

Ontiveros says this was his first introduction to savings accounts, financial goals and emergency funds. Growing up, he didn't plan ahead because, he says, there wasn't really any point.

"Ninety-five percent of my friends are not here," says Ontiveros. "They're either incarcerated or they've passed away."

But after talking with Luna, Ontiveros started planning. He enrolled in MyPath's newest financial product: a credit-building loan.

It's a loan with a catch: You can't spend the money. You pay off the loan each month and, slowly, your credit score goes up. Then, at the end of a year, you get all the money in the form of an emergency fund.

Each time Luna and Ontiveros meet, they check on whether the loan is improving Ontiveros' credit. As Luna pulls up the latest credit score, Ontiveros's reaction is swift: "Oh! We're on our way up!"

What do the data say?

Mary Caplan, a professor at the University of Georgia, says it's more than just Ontiveros' score that has gone up.

"Their credit scores improved dramatically," says Caplan, of the more than 100 young adults who have completed the loan. She studies this initiative with her colleagues Soonok An and Megan Lee.

Caplan says their findings show that "when young people are exposed to the opportunity to build credit, they will build credit."

Same with saving. Researchers at the Federal Reserve Bank of San Francisco found that young adults who enrolled in the MyPath savings accounts were saving about 34 percent of their paycheck. They say this is important because there's a link between saving and economic mobility.

A key question, Caplan says, is whether these habits will stick. Do young adults who start on a good financial path keep saving and maintain their credit scores over the next few decades?

Ontiveros, who just got a full-time job, says he is planning to keep it up. Because, he says, "being financially stable just feels really good."