Accessibility links
Is The Student Loan Crisis Fact Or Fiction? : NPR Ed A new book says the student loan crisis is overblown. Author Sandy Baum says we really need to focus on the small portion of borrowers who are really struggling.

Is The Student Loan Crisis Fact Or Fiction?

Is The Student Loan Crisis Fact Or Fiction? 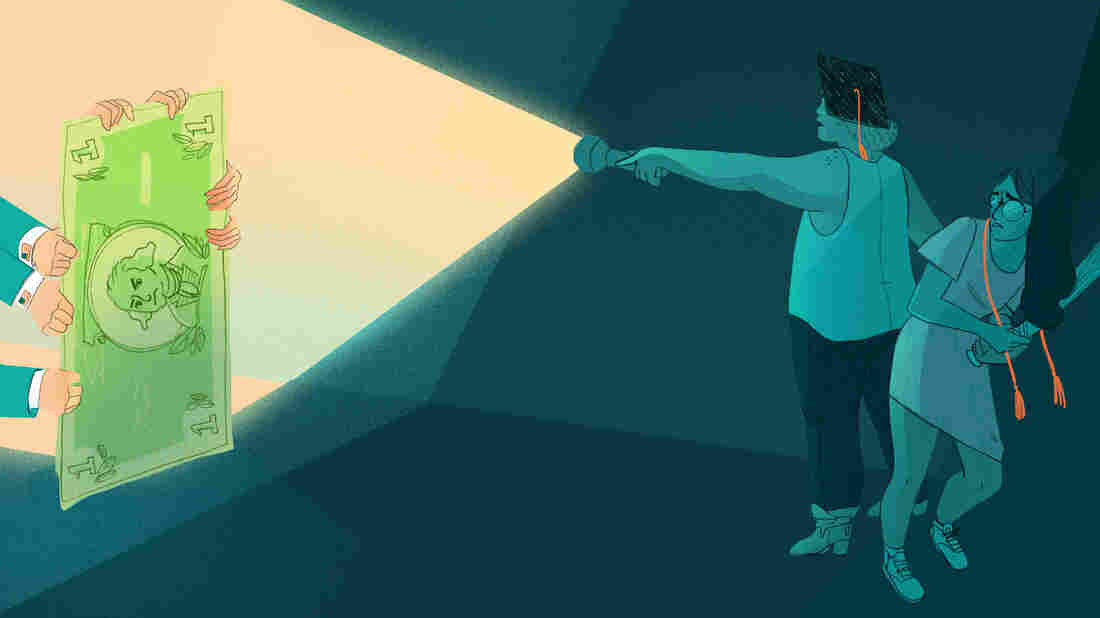 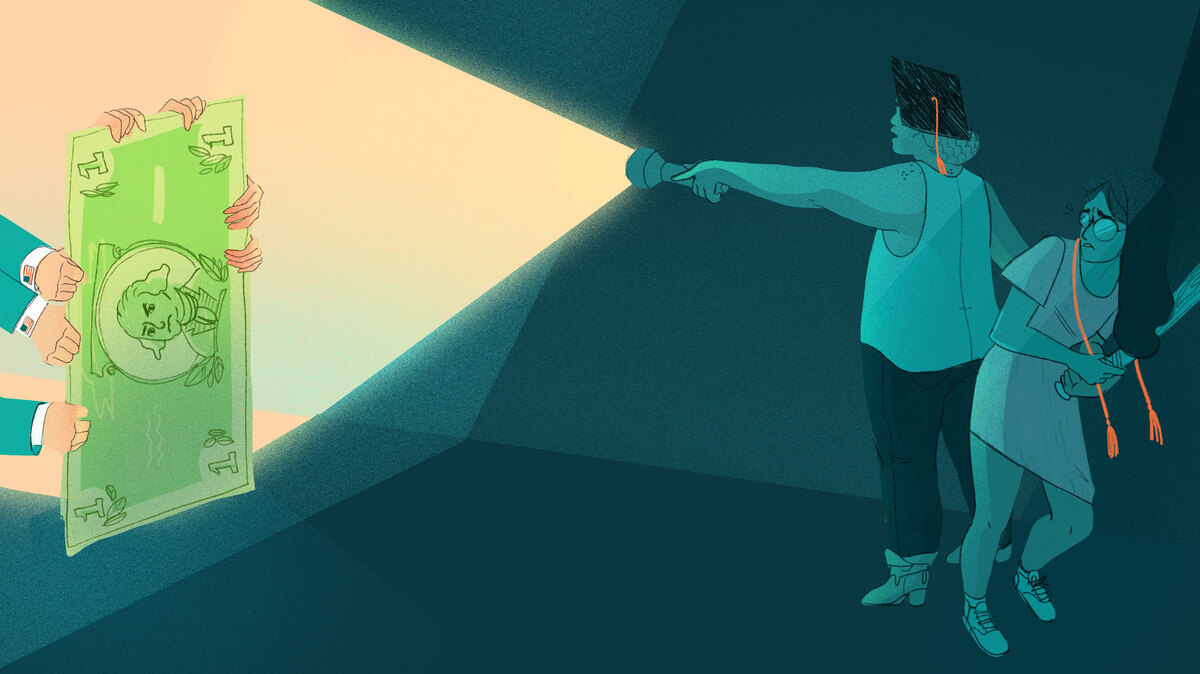 There's a new book out about the student loan crisis, or what author Sandy Baum suggests is a "bogus crisis." Baum, a financial aid expert and senior fellow at the Urban Institute, claims it has been manufactured by the media in search of a spicy story and fueled by politicians pushing "debt free college" proposals.

We had a few questions for Baum about the book, Student Debt: Rhetoric and Realities of Higher Education.

Roughly 43 million people today hold more than $1.3 trillion in student loan debt. And many are struggling to pay the money back. But you say Americans have been misled about the seriousness of the problem?

I think what is most important is for people to understand that the common image of the student loan problem really misses the point. People have an image of a recent bachelor's degree recipient who went to college for four years and is now 22-23 years old and is working at Starbucks. Those people are very rare.

People who earn bachelor's degrees, by and large, do fine.

The problem is that we have a lot of people actually borrowing small amounts of money, going to college, not completing [a degree] or completing credentials that don't have labor market value. They tend to be older. They tend to come from disadvantaged, middle-income families and they're struggling. [But] not because they owe a lot of money.

In your book you argue that the student loan crisis has been manufactured to justify loan forgiveness and other schemes. You say proposals like those put forth by Bernie Sanders and Hillary Clinton touting "free college for all" and "debt-free college" are simplistic ... even misguided.

Its not realistic to say we're going to pay people to go to college [for free]. Someone has to pay. We can have everyone pay much higher taxes. But short of that, it's not clear how we would pay.

For the record, you have advised Hillary Clinton's campaign on higher education issues.

Yes. The focus on college affordability, on access to college and removing financial barriers, is very important. [But] how we solve those problems has to be decided in the policy arena rather than in the throes of a political campaign.

You also cite two big trends in your book. First, the surge of older students who've enrolled in college full time, mostly people in their mid to late 20s. Second, you write about the dramatic growth of for-profit schools that require students to borrow more money than they would at public institutions.

It is true that for-profit schools are disproportionately associated with big student debt problems. [But] you have to be careful about painting any sector with a broad brush because there are certainly for-profit schools that serve students well and there are public and nonprofit private schools that don't. That said, a growing proportion of student debt is held by students who went to for-profit institutions. That sector enrolls low-income, older students. It does well getting people short-term certificates. Some pay off, some don't.

You blame the media, though, for inaccurately reporting that the student debt problem is widespread throughout higher education. You say your research shows that the actual number of borrowers who are truly struggling is not that big, and that we know exactly which institutions have saddled students with too much debt with little to show for it.

Twenty-four percent of those who left school without a degree, defaulted. So non-completion is a huge problem.

Some schools don't serve students well. Some students aren't prepared to succeed no matter where they go to college. We just tell everybody: "Go to college. Borrow the money. It will be fine."

We don't give people very much advice and guidance about where ... when to go to college, how to pay for it, what to study.

So if we've exaggerated the seriousness of the student debt problem, should we stop worrying?

Finally, in your book you cite some figures that you say get little or no attention because they don't fit the "crisis" narrative:

You say this is proof that people clearly benefit by borrowing for college because it pays off later.

Student debt is really creating a lot of opportunities for people. People wouldn't be able to go to college otherwise.