Accessibility links
AI Pioneer Seymour Papert Dies At 88: Remembering A Thinker Who Thought About Thinking : NPR Ed Seymour Papert was a pioneer in artificial intelligence and learning with technology. He died this week at 88. 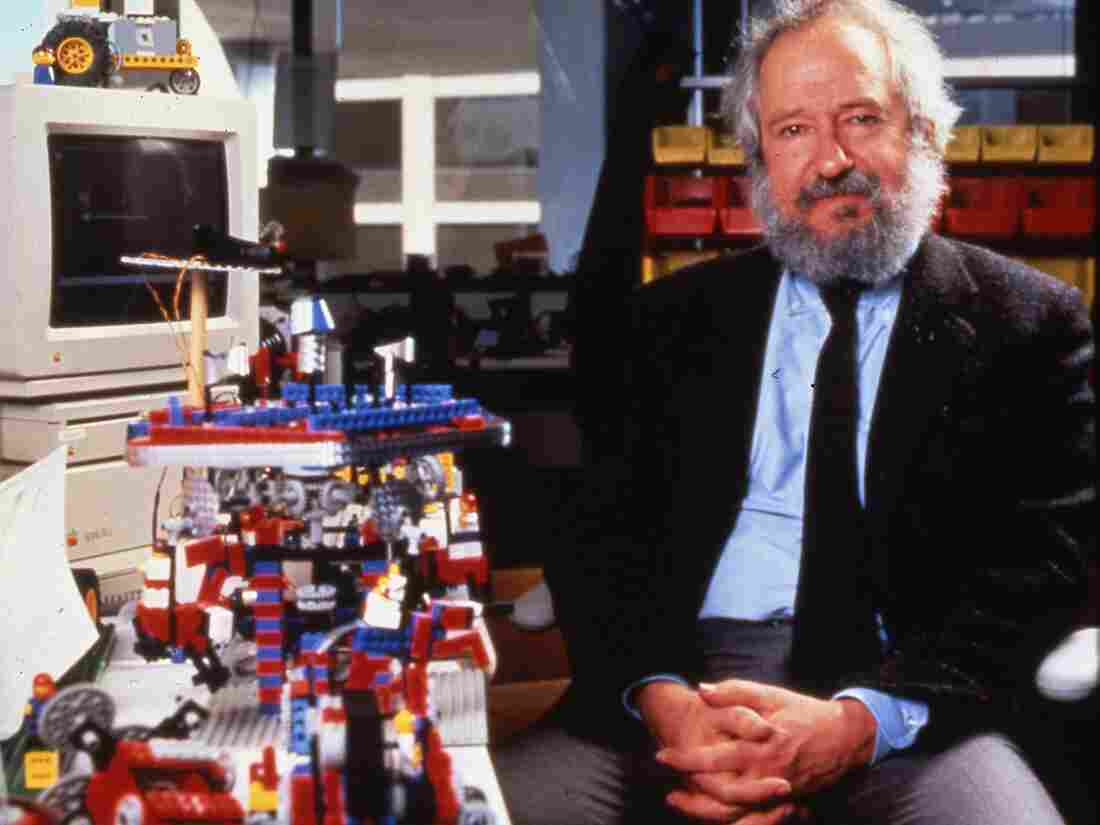 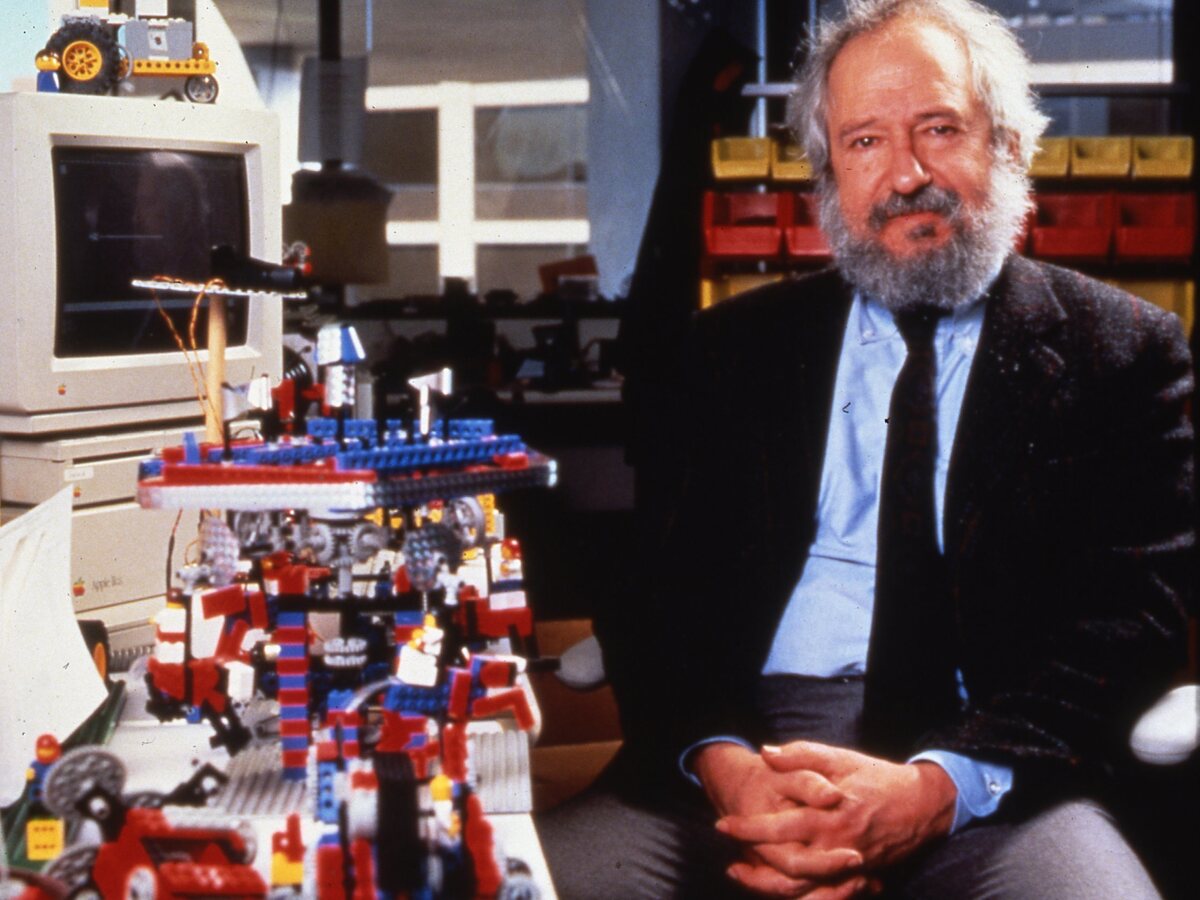 The field of educational technology is mourning a visionary whose work was considered 50 years ahead of its time.

Seymour Papert, who died July 31 at age 88, was a mathematician and computer scientist who spent decades at MIT.

"Seymour was one of the very first people to recognize that new computer technologies could be used by kids to create things in new ways and express themselves," Mitchel Resnick, a professor of learning research at MIT and a longtime colleague and friend, told NPR Ed.

"It's amazing that Seymour was thinking these ideas in the 1960s," Resnick adds, "when computers cost hundreds of thousands of dollars, but he foresaw the day that every child would have access to a computer."

Papert was born in Pretoria, South Africa, on Leap Day in 1928. As a youth, he organized classes for black children, and spoke out against apartheid. In Paris in the 1950s, while getting his second Ph.D. in mathematics, he met Jean Piaget, the great child development theorist. They worked together for several years.

Like Piaget, Papert believed that children actively construct knowledge based on their experiences. He wanted schools to give children the freedom to fall in love with ideas. And he saw computers as the most important tool ever created to transform education.

While in Europe, Papert also met artificial intelligence pioneer Marvin Minsky at a conference when they presented slightly different proofs of the same theorem.

Papert came to MIT in the 1960s to work with Minsky, founder of the Artificial Intelligence Lab there. In 1967, Papert and colleagues introduced LOGO, the first computer language for children. Kids could command a robot turtle, or an animated turtle on a screen, to draw pictures or play music.

"I think the fundamental thing that he said was that the child should program the computer instead of the computer programming the child," says Paulo Blikstein, a former student in Papert's group at MIT who is now an assistant professor of education at Stanford.

Papert's theory of learning, dubbed "constructionism," drew on Piaget's similarly named theory, "constructivism." Papert's idea was that computers could be a "Mathland" — a virtual space children could explore to discover and learn mathematics and other technical concepts, the same way that they learn French by visiting France.

LOGO was more than just a toy — it actually helped inspire the creation of the personal computer, according to Gary Stager, who worked with Papert for two decades and maintains an online archive of his writings. 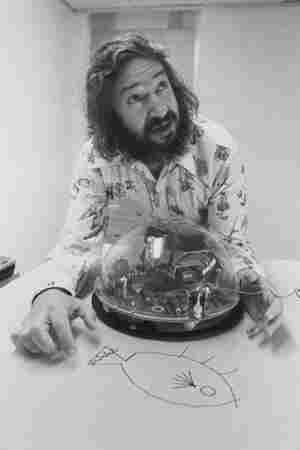 Stager tells NPR Ed: "It was the excitement generated by some of his most early work that led people like Alan Kay in 1968, after visiting his lab, to sketch the Dynabook, which became the prototype for the modern tablet computer and the personal computer in general."

Papert's ideas helped inspire the One Laptop Per Child project, which has distributed millions of custom-designed, low-cost computers in the developing world.

And his thinking influenced a long list of of-the-moment educational trends, among them the the educational programming languages Scratch and Scratch Jr., developed by Resnick's lab; the programmable Legos known as Mindstorms after one of his books; the whole idea of one-to-one classroom computing; and the Maker movement to boot.

Ten years ago, Papert suffered a serious brain injury in a motorcycle accident while attending a conference in Vietnam. The mental giant struggled to relearn how to walk and talk.

His friends and colleagues remember him as a passionate teacher and a stereotypical absent-minded professor. But most of all they're determined to continue his work — giving all kids the most powerful technologies in the world to discover, explore and express themselves.

Even in an era where American schools average an Internet-connected computer for nearly every student, Papert's progressive educational theories of teaching with technology are not mainstream.

Seymour Papert in a 1986 video, talking about computers in schools of the future.

"If you're a school system hell-bent on standardization or compliance," argues Stager, "empowering kids is the enemy of that policy."

And for the ed-tech industry? "Papert's vision of children programming computers and creating their own software is bad for business," Stager says.

But Stanford's Blikstein is more optimistic that Papert's ideas are on the rise.

He points out that the White House hosted a Maker Faire for the first time in 2014. And the prices of creative technologies keep falling: "Now you can buy a 3-D printer for like $300 or $400."

Not to mention, he argues, there's a growing sense of the importance of empowering children to innovate and create.

Back in 1982, in another NPR interview, Papert forecast the economic transitions that would come with technology, and how the education system needed to respond. His thoughts sound startlingly prescient today:

"We see the industrial use of the computers throwing people out of jobs, changing the nature of work. So in the next decades the model of people having a job they stay with all their lives isn't going to work," he said. "We have to create a condition where people become more adaptable, and learning becomes part of life, all through one's life."

"As I travel around the world, I hear that every country wants to be the innovation country. And they will have to consider making serious changes, because repeating the old stuff will not [produce a] country where everybody is innovating and thinking of new ideas. I'm optimistic about the years to come and I'm just sad that Papert will not be around to see his dream realized."