Accessibility links
6 Myths About Suicide That Every Educator And Parent Should Know : NPR Ed One of the biggest myths? That children don't kill themselves. It's just not true. Children as young as 5 take their own lives every year.

6 Myths About Suicide That Every Educator And Parent Should Know

6 Myths About Suicide That Every Educator And Parent Should Know 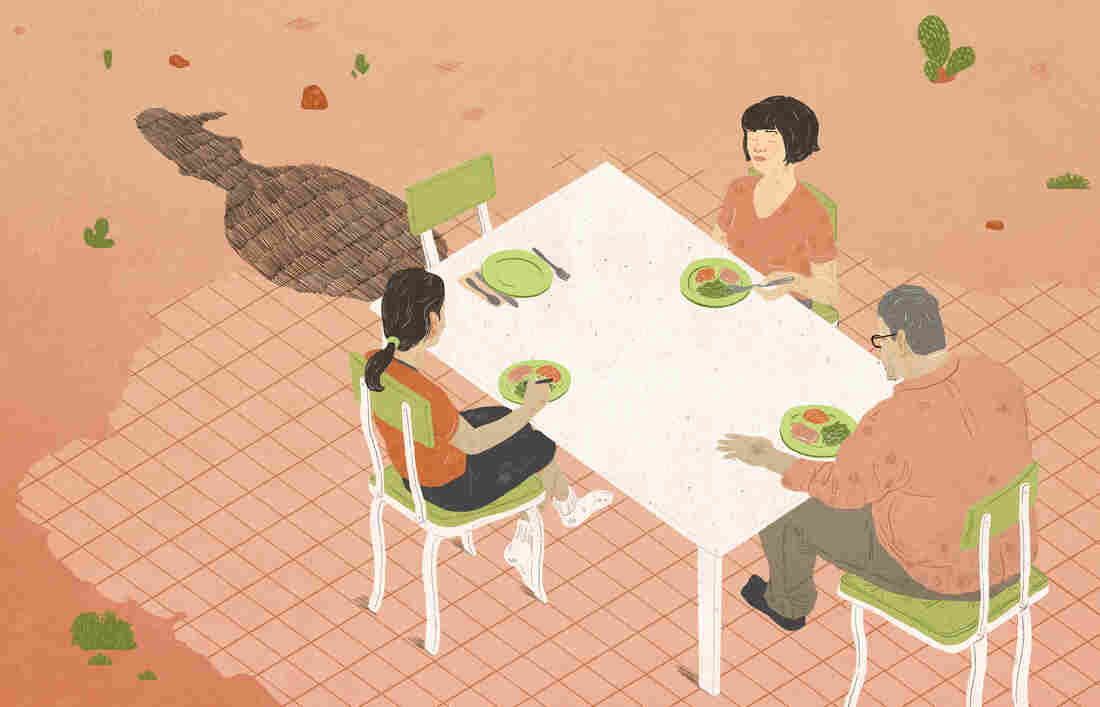 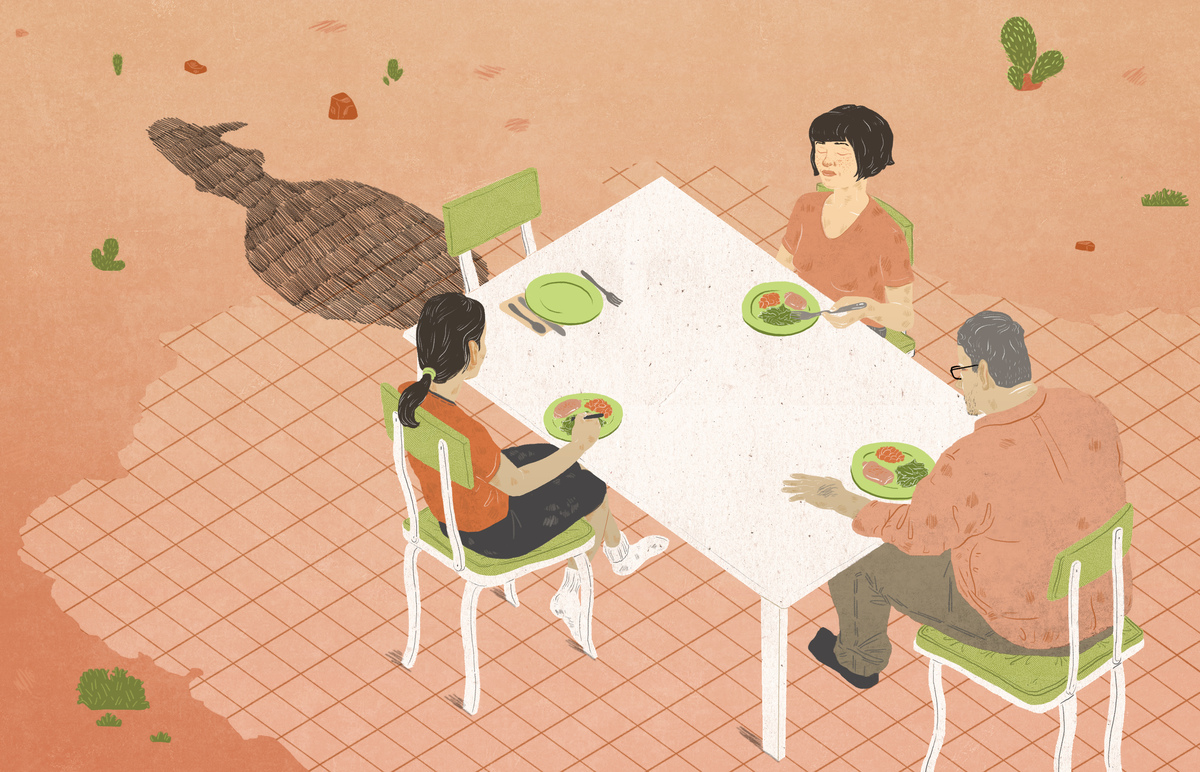 Every day, thousands of teens attempt suicide in the U.S. — the most extreme outcome for the millions of children in this country who struggle with mental health issues.

As we've reported all week, schools play a key role, along with parents and medical professionals, in identifying children who may be at risk of suicide. And one of the biggest challenges: myths that can cloud their judgment.

"People are afraid of the whole topic," says David Jobes, the head of Catholic University's Suicide Prevention Lab. "It just feels like something that's left unsaid or untouched."

Jobes says one of the most common — and most dangerous — myths about suicide is that young children just don't kill themselves.

It's just not true.

Children as young as 5 take their own lives every year. Another myth? Suicides are an impulsive decision, made in the heat of the moment.

Jobes says kids can spend weeks thinking about and planning for their own deaths. And that, he says, is where schools have a role to play.

"They're going to be letting their friends know, dropping hints, writing essays that their English teacher might pick up, telling coaches," Jobes says. One thing teens considering suicide won't do is tell their parents.

We asked Jobes to walk us through a few other common misperceptions of suicide.

Myth 1: Asking someone about suicide will cause him to become suicidal

"There's already issues and struggles around mental illness within our culture and society. It's highly stigmatized, and suicide is even more stigmatized. It feels like something that's just best left unsaid or untouched, kept under the rug, and that's a problem in terms of saving lives. Because we need to ask, and we need to intervene to actually save lives. You need to be direct. 'Sounds like you're really down, have you thought about taking your life?' Just very direct. The more direct the better."

"That's just not true. So, we have millions of Americans who are depressed. A small fraction of them take their lives, a very small fraction. So depression and suicide are not synonymous.

"On average, about a hundred and some Americans die each day [from suicide]. About 40 to 50 of them might be depressed. Other diagnoses are relevant — like schizophrenia, psychotic disorders, substance abuse, anxiety disorders. It's not just all about depression."

"We know very clearly that, with proper identification, proper support and treatments that are suicide-specific, we absolutely can make a difference and save lives. Most suicidal people who talk about suicide don't really want to be dead. They're giving other people lots of indications, lots of warning signs, lots of communications that this is something that they would like to not do, but it requires people identifying that and getting them the proper help.

Preventing Suicide With A 'Contagion Of Strength'

"Some of the warning signs would certainly be depression and ... loss of concentration. People not seeming like themselves. Insomnia can be a big risk factor. Other warning signs might include irritability, withdrawal. And the thing that's really critical: Lots of people have those symptoms and are not thinking about suicide. It's really when the symptoms add up in the mind of that person, where they think 'The way I deal with this is to take my life.' "

"People contemplate, think about it, imagine it, fantasize about it, write suicide notes, post things on the Web. After many days or weeks, [they] then perhaps make a fatal attempt. There is a major theory in the field that says that no suicides are impulsive. That there is always a history if you dig deep enough.

"The idea that they come out of the blue may happen, but it's actually quite rare. A small number of people, especially among adolescents or school kids, are not going to communicate their intent. But that's the exception. They're going to be mostly letting their friends know, dropping hints, writing essays that their English teacher might pick up, telling teachers and coaches. So when people say this, they're not crying wolf. It's something to take seriously.

"Kids telling other kids is really critical because that's who they're gonna tell. They are not going to typically tell their parents. They get oftentimes a very negative reaction, even a punitive reaction. So, schools are in a position to try to communicate to kids that talking to your friends is fine, but if you really are a friend of this person, keeping a secret about something as serious as suicide is not in their best interest. And they need to pass that information up to teachers or the principal or to ... counselors who are in a position to get professional help involved."

"Young children do take their lives. In the United States each year, about 30 to 35 children under the age of 12 take their own lives.

"It's hard for a lot of us to imagine that a child that young — a 5-, 6-, 7-year-old — could actually know what it means to say, 'I want to kill myself.' But we do research with young children and know that kids are saying these words.

"They do intend it, and they do sometimes take their lives. Oftentimes, by running into traffic and getting hit by a car. We don't know a lot about young children taking their lives. The suicide prevention literature kind of begins at age 12 to 14. It's almost as if, even in the professional literature, young children can't be suicidal. And it's just not the case."

Myth 6: When there has been a suicide, having a school assembly seems like a good idea

"There's literature and a professional take on all this that in post-vention, which is intervening after a suicide has occurred in a school, you want to find a response that is not overreacting, which would cause other kids to copycat or to follow that behavior.

"Alternatively, you don't want to underreact. And so there is a very useful literature out there, professional associations that provide guidelines where we try to find that sweet spot of attending to the fact that this happened, providing necessary information and then resources, but not letting the whole school out to go to the funeral. Or not having an assembly where everybody comes to hear from an expert about suicide.

"We really want to have these conversations in smaller groups, especially among those kids who were most affected by the suicide. So, just a wholesale didactic event is not necessarily in the school's best interest. And not necessarily the best way to prevent copycat suicides or additional suicides.

"The American Foundation for Suicide Prevention does have very useful guidelines that are specific to schools. The American Association of Suicidology has also had a task force. There is extensive literature that is accessed through those organizations about what is optimal, school-based post-vention.

"We certainly know that children and adolescents are heavily influenced, especially teenagers, by their peers. And that's developmentally normal. So one of the things that we do worry about with kids is the idea of copycat effects, or modeling effects. That a child in a school system who may seem sort of invisible takes their life and then suddenly everybody is abuzz about this horrific event.

"For other kids who look at that, they might say, 'Wow, that's something I could do, too.' And that's the nature of the suicidal mind in a child — to not really think about this in a rational way. And that's where modeling effects are especially worrisome. And then we, of course, worry about clusters or contagion effects. And there is an extensive literature on how to manage that modeling effect so that there aren't additional suicides to add on top of what is a tragic event in most school systems.

An earlier version of this story suggested that school counselors do not have mental health training. In fact, many counselors have training in recognizing and dealing with mental health issues.