Accessibility links
Trigger Warnings In College Appear Common, NPR Survey Finds : NPR Ed Giving a heads-up about potentially objectionable content seems to be common teaching practice. That's one of the findings from our unscientific survey of more than 800 faculty members. 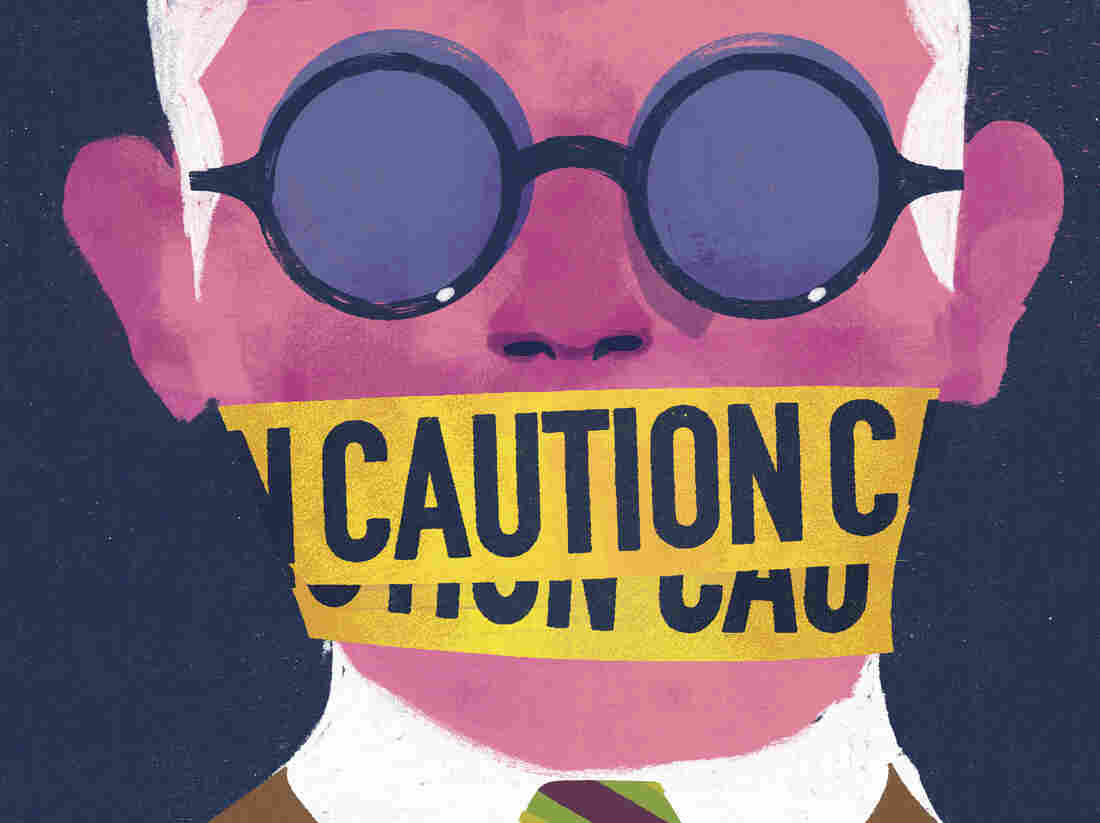 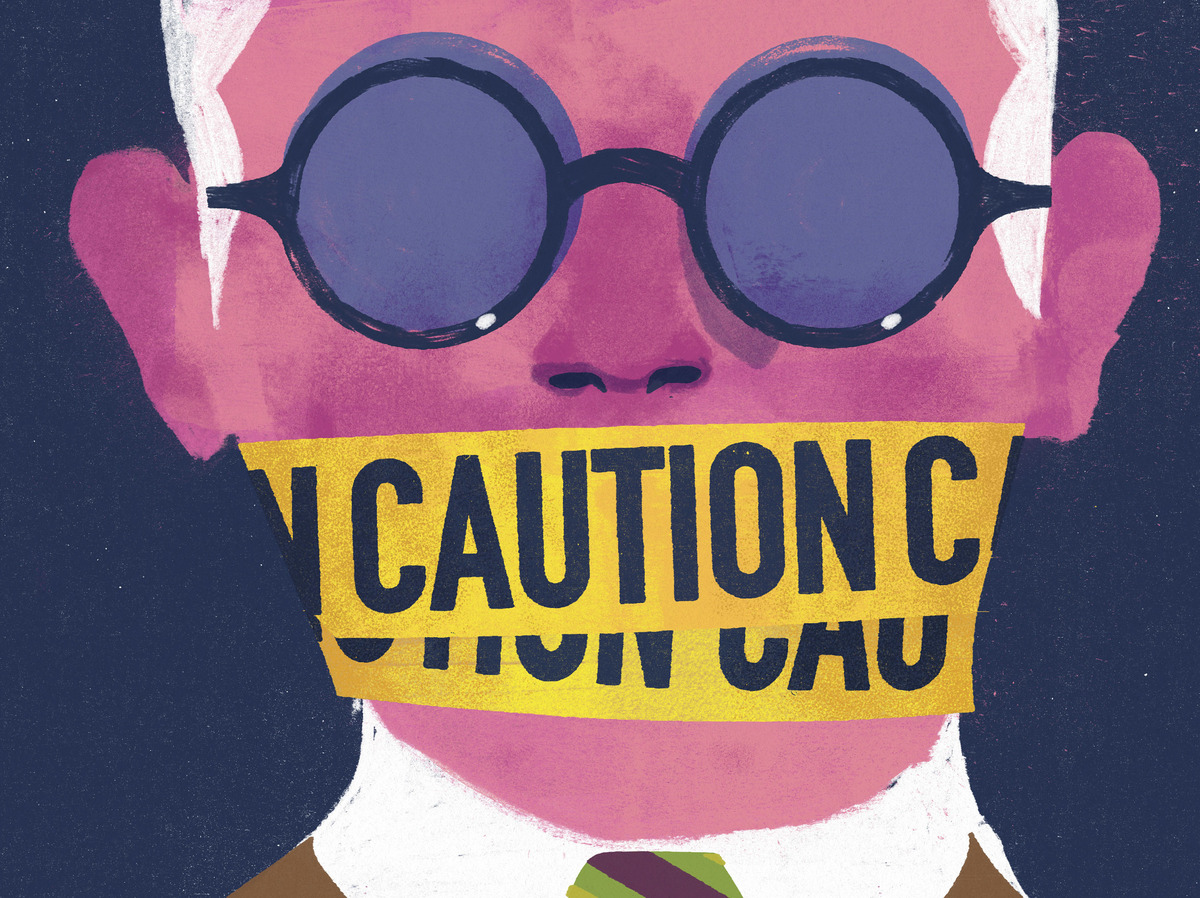 This school year, the University of Chicago has put the debate over "trigger warnings" on campus back in the news. The University told incoming freshmen that, because of its commitment to freedom of expression, it does not support warnings to students about potentially difficult material.

But amid all the attention to trigger warnings, there have been very few facts about exactly how common they are and how they're used.

NPR Ed sent out a survey last fall to faculty members at colleges and universities around the country. We focused specifically on the types of institutions most students attend — not the elite private universities most often linked to the "trigger warning" idea.

We received more than 800 responses, and this month as the issue once again made headlines we followed up with some of those professors.

Here are some of our key findings:

This was not a scientific sample, but it's one of the larger and more representative polls to be published on the topic to date.

These instructors were overwhelmingly familiar with trigger warnings: 86 percent knew the term and 56 percent said they had heard of colleagues who had used them.

But only 1.8 percent said, as of last fall, that their institutions had any official policies about their use.

The term "trigger" in this sense originates in psychology, where it pertains to people with a diagnosis of post-traumatic stress disorder. For survivors of combat violence, sexual abuse or other trauma, certain sights, sounds, smells or other reminders can bring on intense emotional and even physical reactions, like a full-blown panic attack.

In the media and elsewhere online, language similar to trigger warnings is often used more broadly to label material that concerns sexual abuse or sexual assault, that is potentially racially or politically offensive, or graphically violent or sexual. For example, when NPR covered the fatal shooting by police of Philando Castile, an African-American resident of the Minneapolis area, we included these words: "We'll embed the video here, with the warning that it contains images and language that viewers might find disturbing."

But the rules are different in a college classroom than in a therapeutic setting, and both are different than when addressing a general audience. Even some of our respondents who had supplied a form of trigger warning as a "courtesy" or "heads-up" said they didn't intend to give students a free pass to avoid uncomfortable topics.

In fact, the picture that emerges is of professors making private decisions within the four walls of the classroom. Only 3.4 percent said students had requested such a warning. Most instructors who told us they'd used trigger warnings — 64.7 percent — did so because, they said, "I thought the material needed one."

So what are the types of material that are most likely to trigger a trigger warning?

Our respondents were most likely to say they had used trigger warnings in reference to sexual or violent material. Racially, politically, or religiously charged topics were mentioned less often.

"I have had students break down reading novels depicting sexual assault and incest in my gender studies courses," a professor at the University of North Carolina said in a survey response.

Joanna Hunter, who teaches sociology at Radford University in Virginia, told NPR Ed last week that she has given a warning before explaining the practice of female genital mutilation, within the broader context of a discussion of cultural relativism.

Lauren Griffith, a professor of ethnology at Texas Tech University, said that she gave warnings when teaching Native American students whose religious beliefs required that they undergo a form of ritual purification upon viewing images of death. However, she says, outside of such specific situations, she doesn't believe that trigger warnings best serve the cause of liberal education: "I think that trigger warnings can and should be used in a limited number of situations, but overusing them can create a situation in which students opt out of learning experiences simply because they don't want to confront their own assumptions about the world."

For LGBTQ Students, Author Says, Safety Is 'Not Enough'

Hasan Jeffries, an associate professor of history at Ohio State University, said in an interview that heavy emotions — even tears — are parts of the learning process that he welcomes. He teaches African-American and U.S. history.

He tells his students at the beginning of each course, "This is hard history. It's hard to talk about, hard to absorb. It's filled with trauma, sexual violence, racial violence, visual images of murder and chaos. You may walk into my classroom and see an image of a lynching that was put on a postcard. This is America."

At the same time, he adds, he's sensitive to the fact that many of his students may have experienced, say, sexual assault or police violence in their personal lives.

"I understand and take seriously trauma triggers," Jeffries says. "I'm not hostile to one side or the other and I don't think there's an absolute position."

None of the professors we talked to said that they had had a student try to get out of an assignment or skip a class because of topics that made them uncomfortable. The most common response to a warning was either nothing at all, or at most, for a student to excuse him or herself from class for a few minutes.

Jeffries, like other faculty members, told us that his department had ultimately decided against issuing an official position on the use of trigger warnings: "The general consensus was, we're not really interested in putting those forward. We feel confident in ourselves as teachers and in the maturity of our students."

Meg Anderson contributed to this report.