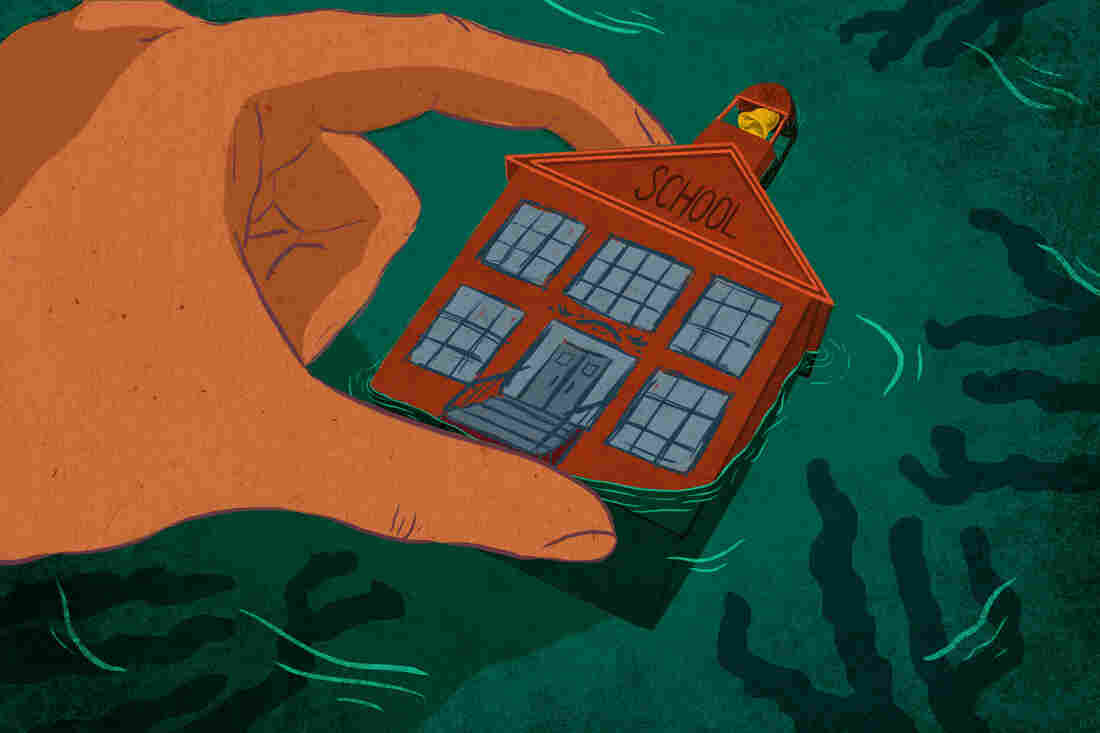 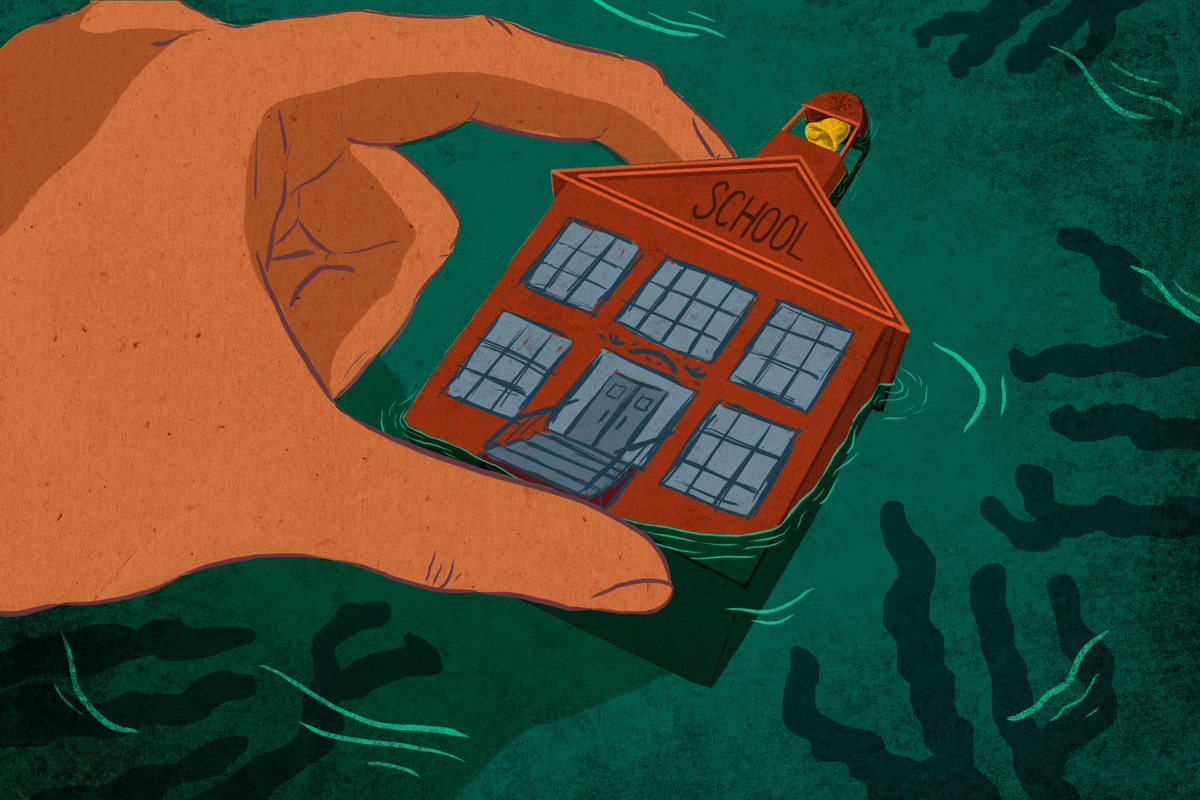 A Connecticut judge wrote in a scathing review of the state's public education system: "The state's definition of what it means to have a secondary education is like a sugar-cube boat. It dissolves before it's half launched."

"The state's teacher evaluation system is little more than cotton candy in a rainstorm."

The NPR Ed team covered the suit with this radio story for All Things Considered, and we've reported at length on school funding lawsuits like this one for our School Money project.

In fact, nearly every state has seen at least one suit in which plaintiffs, often representing cash-strapped urban districts, argue that their schools' reliance on property tax revenue is unfair and inadequate.

What makes this suit stand out is that Judge Moukawsher did not limit his ruling to the question of school money. Instead, he took the state's entire education system to the woodshed. Moukawsher's 90-page ruling (not including appendices), which he read aloud in court, has remarkable breadth and bite.

The judge not only ordered the state to make sure "school needs" drive school funding, but also to: intervene with "unconditional authority" in troubled districts, restore the meaning of high school graduation, end arbitrary spending on special education and stop churning out "uselessly perfect teacher evaluations."

Any one of those directives could take a state years to map and achieve. Moukawsher gave Connecticut 180 days to come up with a plan for all.

We've put together a list of the judge's most powerful lines. Taken in order, they trace the arc of his argument and his indignation:

1.) "Many of [Connecticut's] most important policies are so befuddled or misdirected as to be irrational. They lack real and visible links to things known to meet children's needs."

2.) "[The state] points to a tradition of local control that it almost never brings up except to get itself out of a jam ... The state may not have to rush to interfere in most schools, but when it needs to interfere, the state should not be able to claim that it's powerless. It certainly can't say its hands are tied when it tied the knots itself."

3.) "A plan that spends a lot of money and is not entirely irrational is still not a rational plan."

5.) "A spending scheme really can't be said to be aimed at elementary and secondary school education when the state doesn't even enforce a coherent idea of what these words mean."

6.) "The state's definition of what it means to have a secondary education is like a sugar-cube boat. It dissolves before it's half launched."

7.) "The lack of a substantial and rational high-school-graduation standard has resulted in unready children being sent along to high school, handed degrees, and left — if they can scrape together the money — to buy basic skills at a community college. Those who can't immediately buy the education they were supposed to get for free must hope for a higher-education degree someday or simply accept drastically reduced prospects every day."

8.) "The state's teacher evaluation system is little more than cotton candy in a rainstorm. ... These empty evaluation guidelines mean good teachers can't be recognized and bad teachers reformed or removed."

9.) "If there was any one thing in the trial that stood out as good — as opposed to constitutional — policy it was the need for universal high-quality preschool."

10.) "The state has to accept that the schools are its blessing and its burden, and if it cannot be wise, it must at least be sensible."

As for a response from the state, the attorney general is evaluating the decision and assessing next steps, which may or may not include an appeal. Last week, Gov. Dannel Malloy, a Democrat, suggested he was eager to move on.