Accessibility links
How To Spark Learning Everywhere Kids Go — Starting With The Supermarket : NPR Ed A $20 intervention caused a big boost in conversations between parents and kids. Researchers say there are lots of untapped opportunities like these to help kids learn out of school. 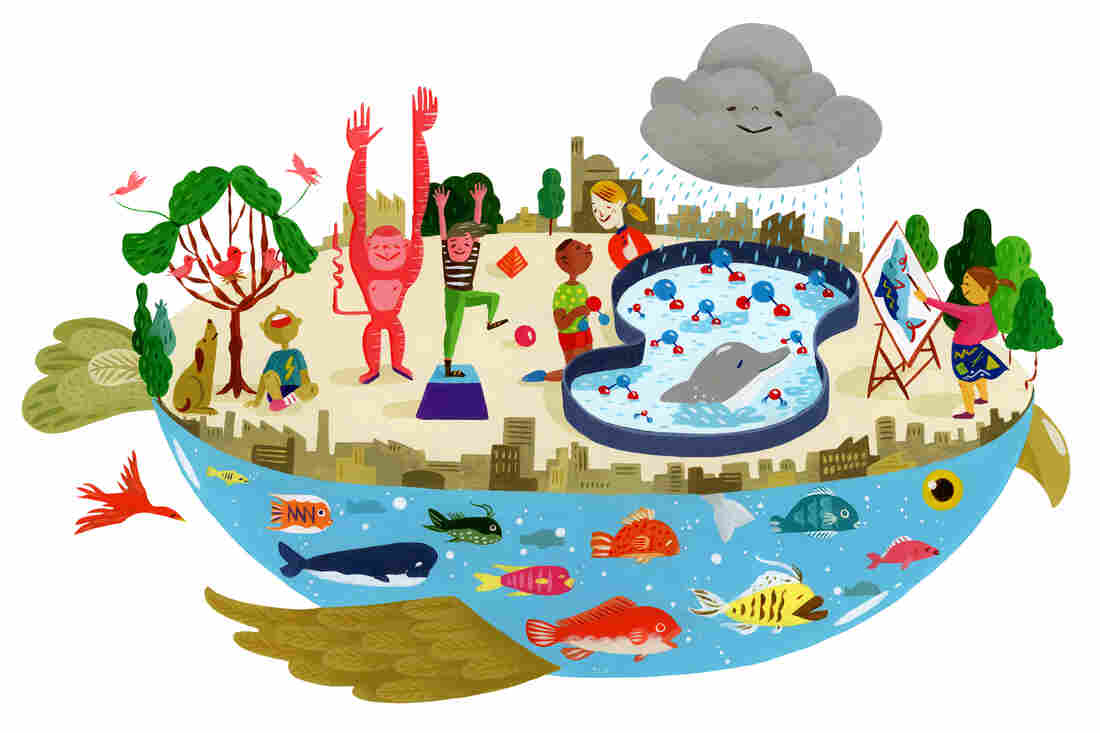 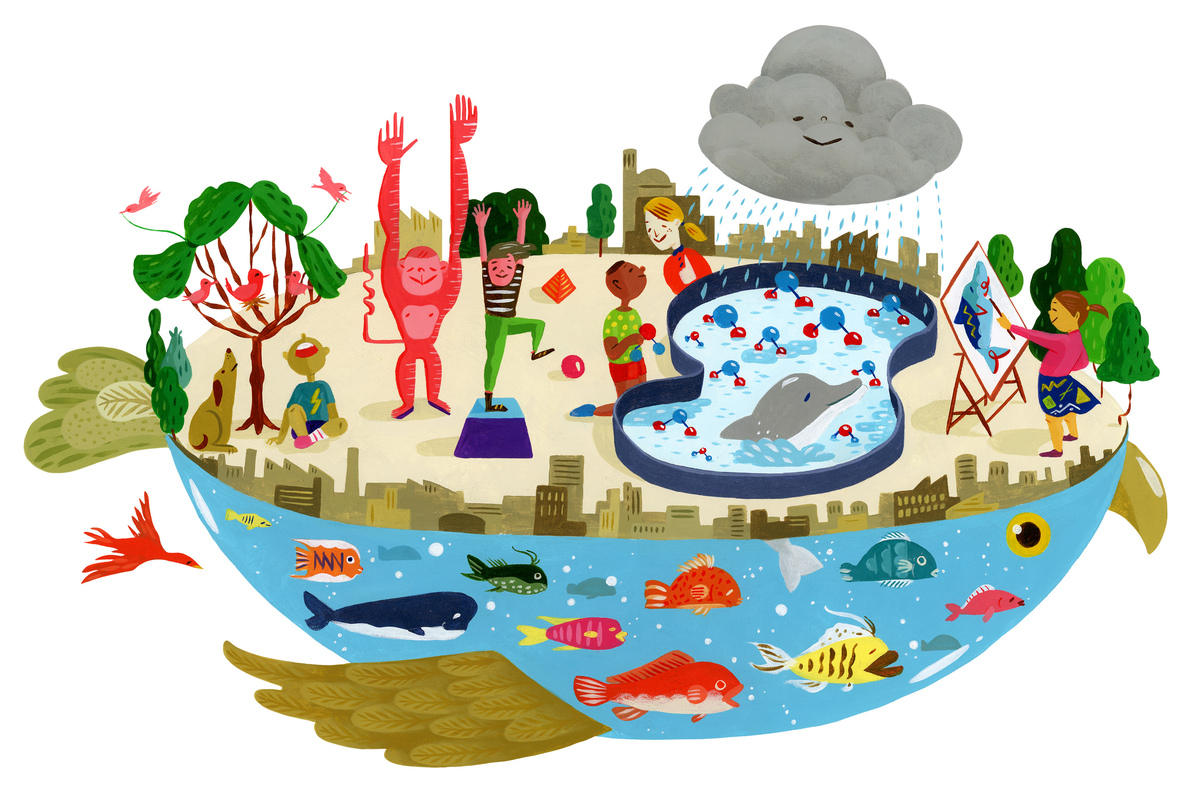 Picture this: You're in the supermarket with your hungry preschooler in tow. As you reach into the dairy case, you spot a sign with a friendly cartoon cow. It reads: "Ask your child: Where does milk come from? What else comes from a cow?" 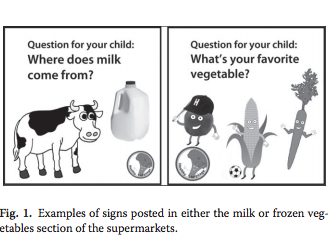 In a small study published last year, signs like these, placed in Philadelphia-area supermarkets, sparked a one-third increase in conversations between parents and children under 8.

The extra family chatter happened only in low-income neighborhoods. Research shows that's exactly the place where it's needed most: Studies have documented a "word gap" that can lead, ultimately, to poor kids starting school months behind in language development.

The total cost of the intervention? About $20 per grocery store.

The supermarket study is one seed of a much bigger idea about creating opportunities for children to learn in the wider world; to leverage caregivers as teachers and, in the process, try to level out stubborn inequities.

Here at NPR Ed, for example, most of our stories are set in classrooms. But children spend only 20 percent of their waking time, if they're lucky, in formal classroom settings.

That gap — not in our coverage, but in the education community in general — bothers Brenna Hassinger-Das, a postdoctoral fellow at the Temple University Infant & Child Laboratory, which conducted the supermarket study (Katherine Ridge was the lead author).

"We devote so much of our time and energy to reforming school, when you realize how small a percentage of time students spend there. How can we have a faster impact by getting resources right to where people are?"

Versions of the supermarket project are being tried in Tulsa, Okla., and Johannesburg. And at home in Philly, Hassinger-Das is working with supermarket study coauthors Kathy Hirsh-Pasek and Roberta Michnik Golinkoff, the authors of Becoming Brilliant, on a bigger answer to that question: a pilot project called Urban Thinkscape. 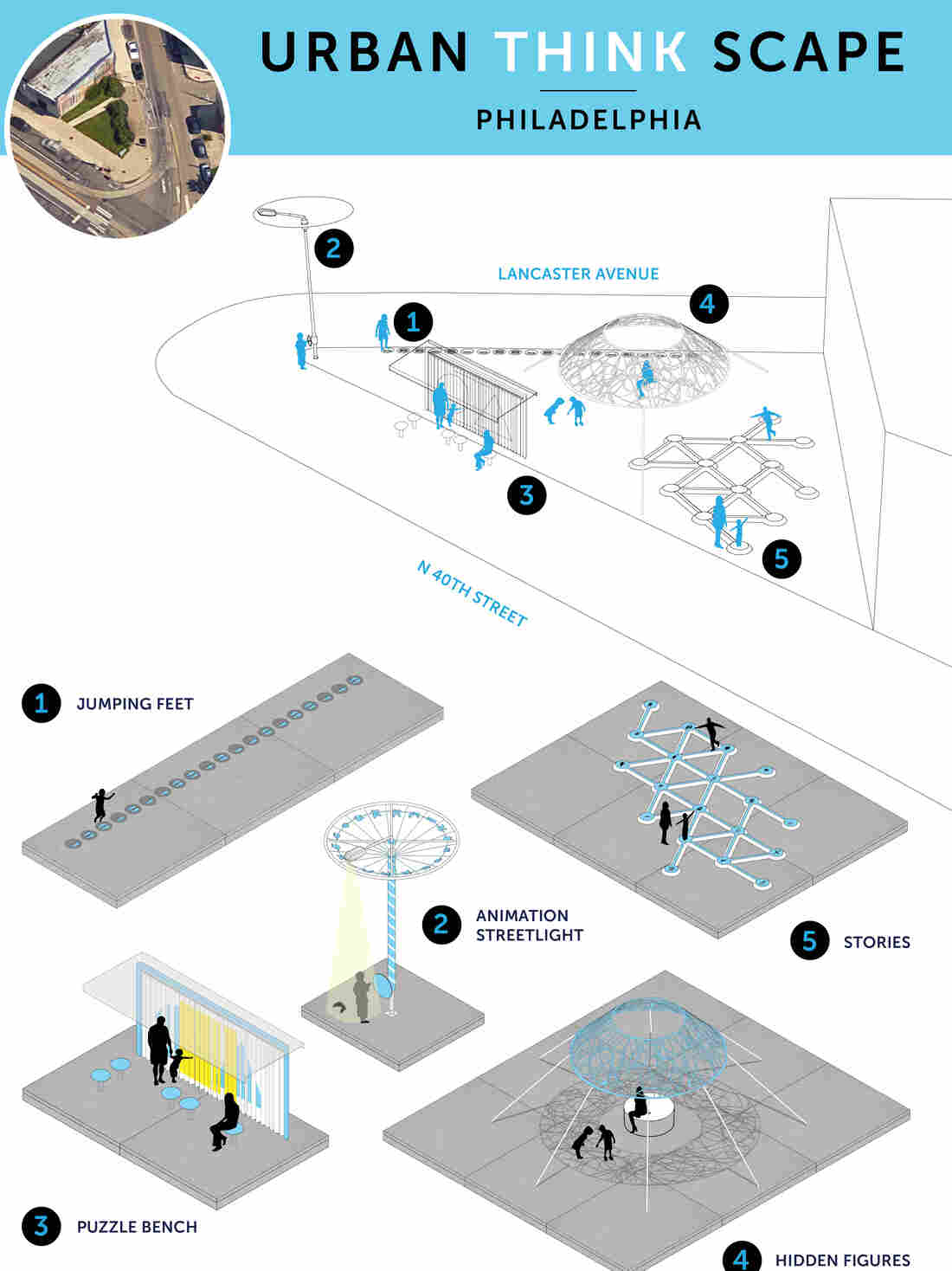 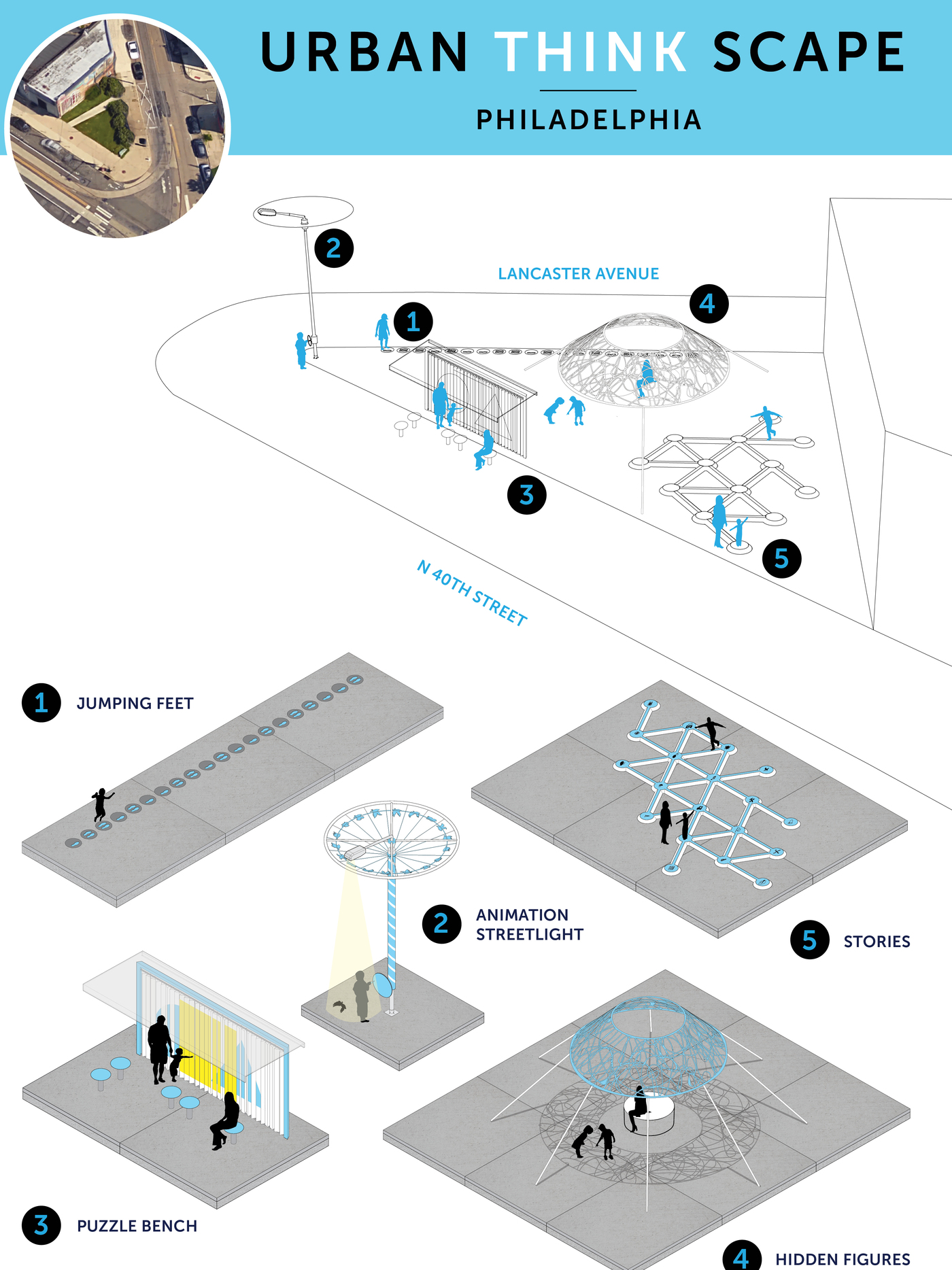 By next April, Urban Thinkscape will place five different installations, resembling children's museum exhibits, in an underutilized piece of public space next to a bus stop in West Philadelphia. The bus-shelter bench becomes a giant puzzle. A rotating shade with cutouts turns a streetlight into a display of animation. A hopscotch-like sidewalk inlay is actually based on a common test of "executive functioning" — helping kids practice when to act and when to inhibit action.

"Families don't have to travel or pay to get in," says Hassinger-Das. "The focus is on increasing their interactions and the way they talk to each other."

She's training local residents to unobtrusively collect data on site. "We're testing things like conversational turn-taking between parents and children, and the use of spatial words and number words."

They want to explore whether the installations are captivating enough to keep caregivers off their phones. And they'll also be doing surveys to see whether the experience shifts parents' attitudes, in particular about the connection between play and learning.

Finally, she says, they're even toying with using something called a "laughometer" — really! — to measure, "Are people happy in this space?"

The idea is more than just brightening up a dull commute. It's bringing playful learning experiences to families that may not otherwise have the resources or knowledge to seek them out. Hassinger-Das and her team have future plans to bring Urban Thinkscape to other "trapped spaces" in the city, like doctors' waiting rooms and laundromats.