Accessibility links
Learning In The Age Of Digital Distraction : NPR Ed The new book The Distracted Mind: Ancient Brains In A High-Tech World makes the case for managing the tsunami of digital distractions to aid how we learn, absorb information and live.

Learning In The Age Of Digital Distraction

Learning In The Age Of Digital Distraction 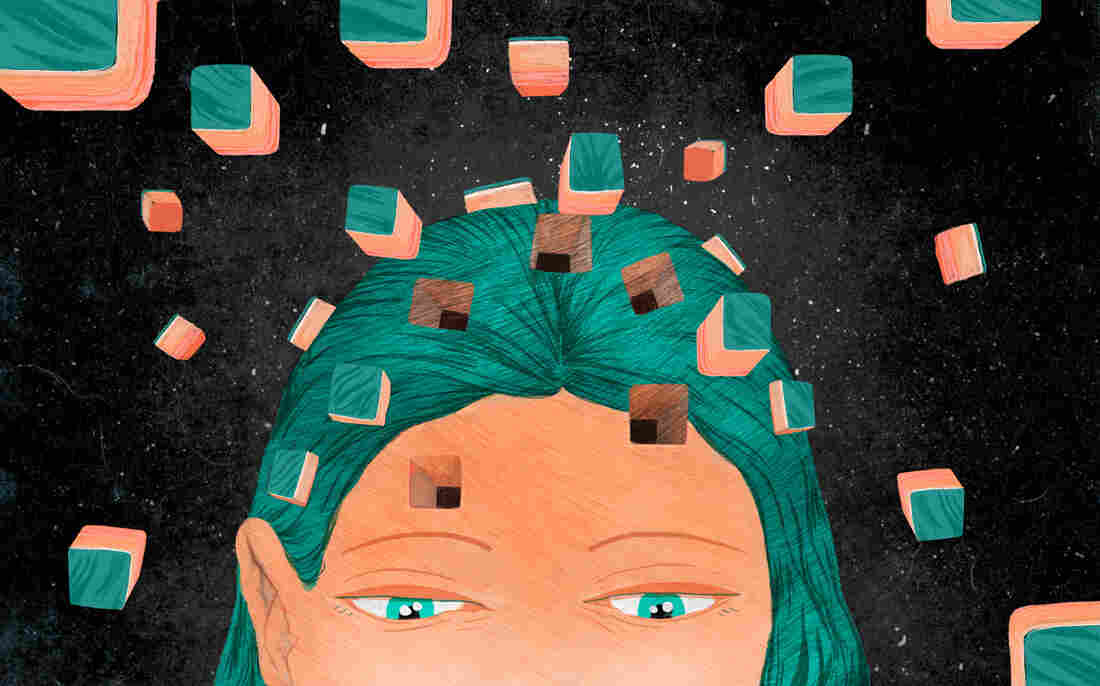 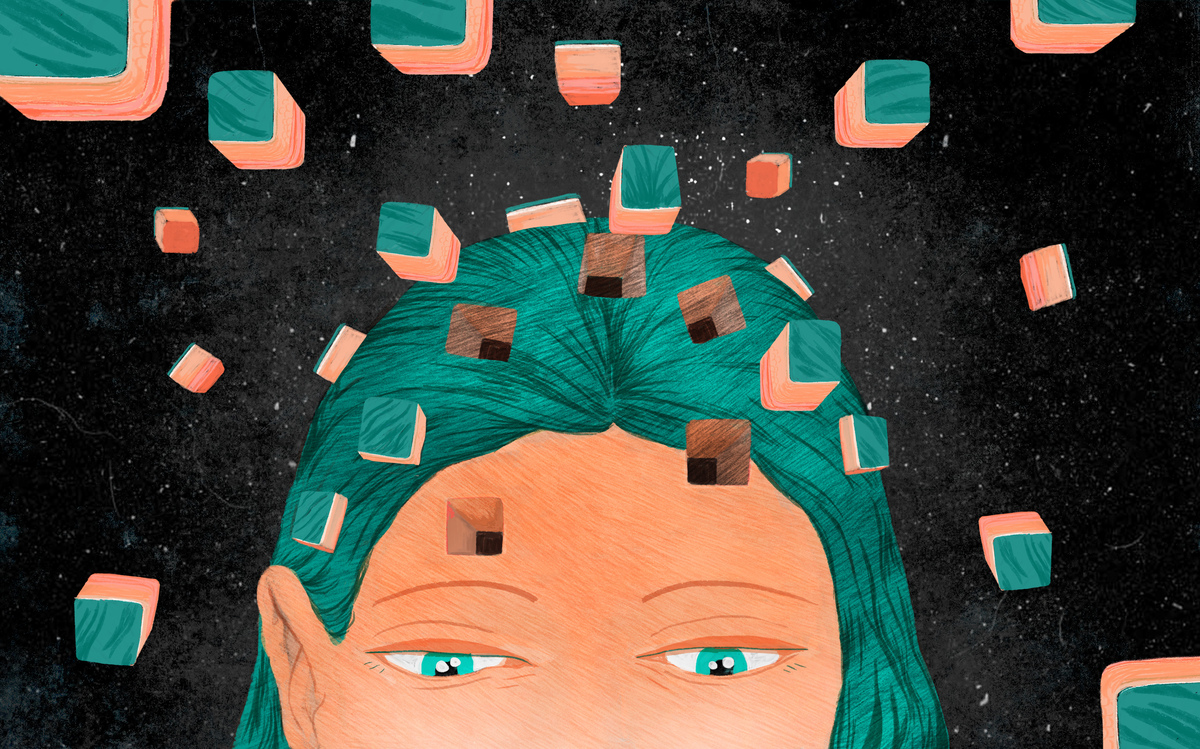 Maybe the smart phone's hegemony makes perfect evolutionary sense: Humans are tapping a deep urge to seek out information. Our ancient food-foraging survival instinct has evolved into an info-foraging obsession; one that prompts many of us today to constantly check our phones and multitask.

A new book The Distracted Mind: Ancient Brains in a High Tech World explores the implications of, and brain science behind, this evolution (some might say devolution). It was written Adam Gazzaley, a neurologist and a professor at the University of California, San Francisco, and research psychologist Larry D. Rosen. 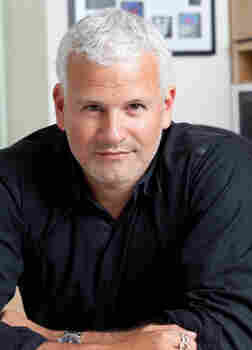 Our friends at NPR's Shots blog recently spoke with one of the authors about distraction's impact on productivity. I wanted to talk with Dr. Gazzaley about what his research tells us about teaching, learning, studying and screen time in the age of digital distraction.

Correct. We see it in other primates and we believe that this is sort of a hijacking or an evolution of that same system that was critical for our survival in terms of seeking out food has now been directed at seeking out information.

Adam, we engage this info-foraging, this distraction even when that behavior is self-destructive or counterproductive? 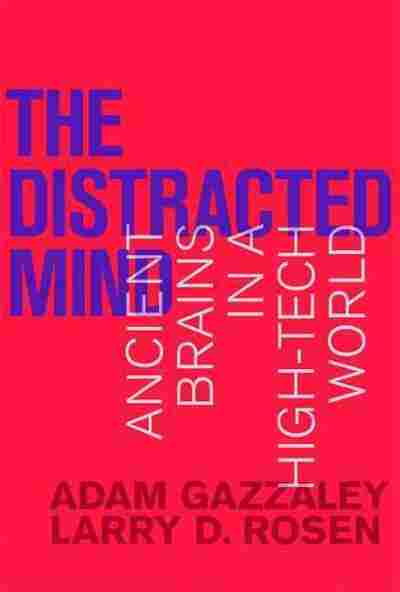 Ancient Brains in a High-Tech World

Yes, some behaviors that drive us, like even addictive behaviors, might have some positive reward reinforcement and then many other negative consequences.

One of the main theses we explore in the book is our ability, or really remark-ability, to set high-level goals, which is in many ways the pinnacle of the human brain. These goals are complex, and this ability collides with very fundamental limitations in the skills that we have to enact these goals. We call those abilities cognitive control. We describe it in the book as a triad of: attention, working memory and goal management, which includes multi-tasking and task switching.

When we switch between tasks, we suffer a degradation of performance that then could impact every aspect of our cognition from our emotional regulation to our decision making to our learning process, as well as real world activities like school and work and safety on the road.

From driving a car to paying attention during a lecture and getting the most out of a classroom?

Exactly, or getting the most out of your interaction with your significant other. That's what really blew my mind. When you really wrap your head around how broad the negative impact is, it's really, in many ways, overwhelming.

Let's look at the impact on learning. Let's talk about memory. Your lab did experiments, including one that revealed that the vital tool of mental focus was not the primary determinant of high-level memory performance. Memory relied more on ignoring distractions, tuning things out. Explain.

You remember things better in the short term because you're focusing on them. That's not wrong in itself. But we've realized is that the highest level of performance in this domain of working memory is dictated more so by how well you filter all the irrelevant information. If you process information around you that is irrelevant to your goals, it will create interference. It will degrade those representations in your brain and you will not perform at the same level.

Filtering, this is very frequently done subconsciously. Sometimes you are actively ignoring, right? When you're sitting in a restaurant or in a classroom and it's noisy outside or someone is talking next to you and you're trying to focus on the lesson and you realize that stimulation is getting into your brain that's irrelevant. You may try to ignore it. Even when we're not trying, our brain is filtering that, and our success at filtering that is critical for our ability to perceive information, to remember it and then to make decisions about it.

Let's take that into the classroom. How can teachers help the filtering process? Or is that really beyond their ability as we're dealing with developmental and psychological impulses that teachers may have very, very little control over?

I think it's extraordinarily complex and I don't claim to be able to answer that question, certainly alone. I think that there is a serious challenge in the classroom because of the traditional approach of sustained attention to one topic. I'm not saying that there is anything wrong with that. I'm just recognizing the challenge that teachers face if they deliver material in that way.

I think that our tendency of distraction is higher than ever before because of technology, because of this unprecedented exposure to information all the time and even the very rapid reward cycle that everyone, especially young people experience in their social lives. Jumping between so many texts continuously or the stimulation that's prevalent in video games.

One of the things we talk about in the book is the need for us to re-train ourselves to become comfortable with sustaining our attention on a single goal and for young people, who may have never developed this skill, to learn the value and to appreciate the value and to even feel the value of sustained attention.

A study you write about in the book required students to use a specific technology while attending lectures. Tell us how the multi-taskers did on tests afterwards?

There is a negative impact of multi-tasking on school performance. Probably not surprisingly. In the lab, we studied that process in a very detailed way while we're imaging brain activity in real time. The act of moving your attention from one demanding activity to another, like what would occur in the classroom, does degrade performance...I would say that those studies that show the impact of multi-tasking with performance is the real-life incarnation of what we see in the laboratory.

And the negative impact isn't just on academic performance. You and your co-author talk about the emotional and psychological impact, including increased anxiety and stress.

Yes, this is one of those thorny problems. Performance is only one aspect of it. We now see anxiety, stress, mood, are other outcomes of this type of behavior. It's complex. It's also a moving target. Now we see virtual reality coming into the technological landscape and that will almost certainly be part of the teaching environment in the future. And how does that influence [academic performance]?

Is there any evidence, either anecdotally or scientifically, that more open classrooms that might have students being more self-directed with their learning is more in tune with the inherent limitations of the distracted mind? Can classrooms adapt somewhat to that reality by freeing things up?

It's not specifically in my expertise. But I am familiar with anecdotes showing the benefit of play in learning. There are definitely different models for how classrooms might take lessons and education leaders might take lessons from what we describe as the scientific basis off the distracted mind and experiment with how different classroom structures might be more effective in delivering information that young people need.

You write about the positive impact that things like exercise have on alleviating the distracted mind, and not far behind are cognitive exercises, video-game training and meditation. What, if anything, can teachers do to enhance learning using some of those tools? Or are those really for parents and the students themselves to activate?

That's a great question. To first just pause on those approaches, many of these are ancient — like meditation, mindfulness practices. Exercise has been recognized for a long time in terms of its value on our health and now its value on our brains. What we present here is a picture where technology is not evil. It didn't create these problems or these challenges of interference. It has aggravated them. It doesn't necessarily have to be dismissed. As a matter of fact, that's impossible. We have to wrap our heads around how we can re-imagine technology as a positive force on our minds.

We are now exploring at UCSF, at our center, creating video games, which we know young people certainly enjoy playing, that are not just entertaining and engaging but take principles like meditation and exercise and music and bring them into a game environment to help improve these very fundamental abilities of the mind.

Let's end with strategies for parents to optimize performance given the distracted-mind reality. Tell us some tips. Model good behavior?

There needs to be some positive acceptance that young people are going to use this technology. I don't think that just denying it is reasonable. I also don't think an extended period of removing technology is likely to be helpful. I think that it is reasonable to take technology "time outs," to have environments and maybe even times where the family interacts with each other and not the outside world through texts. It's sort of a return to the dinner table as a place where you learn how to engage in face-to-face, meaningful contact. Put your tech aside. You can return to it afterwards.

And I think to lead by example is critical because we now know that parents are as guilty as their kids in pulling out a phone during a dinner conversation and texting. I think that that is really critical just to say it has to be balanced and we're going to practice how to balance it as a family.