Accessibility links
Still Haven't Made Up Your Mind? Here's What The Candidates Say About Education : NPR Ed The election countdown is on — so we've rounded up the education talking points of each candidate in case you have last-minute questions. 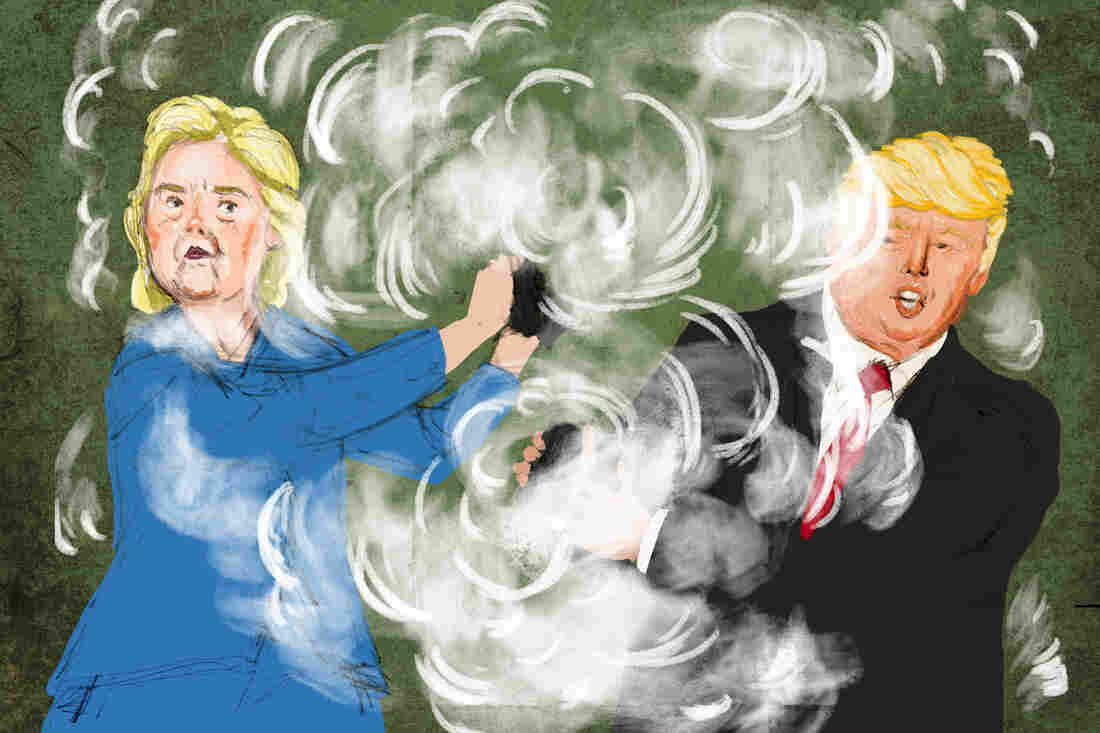 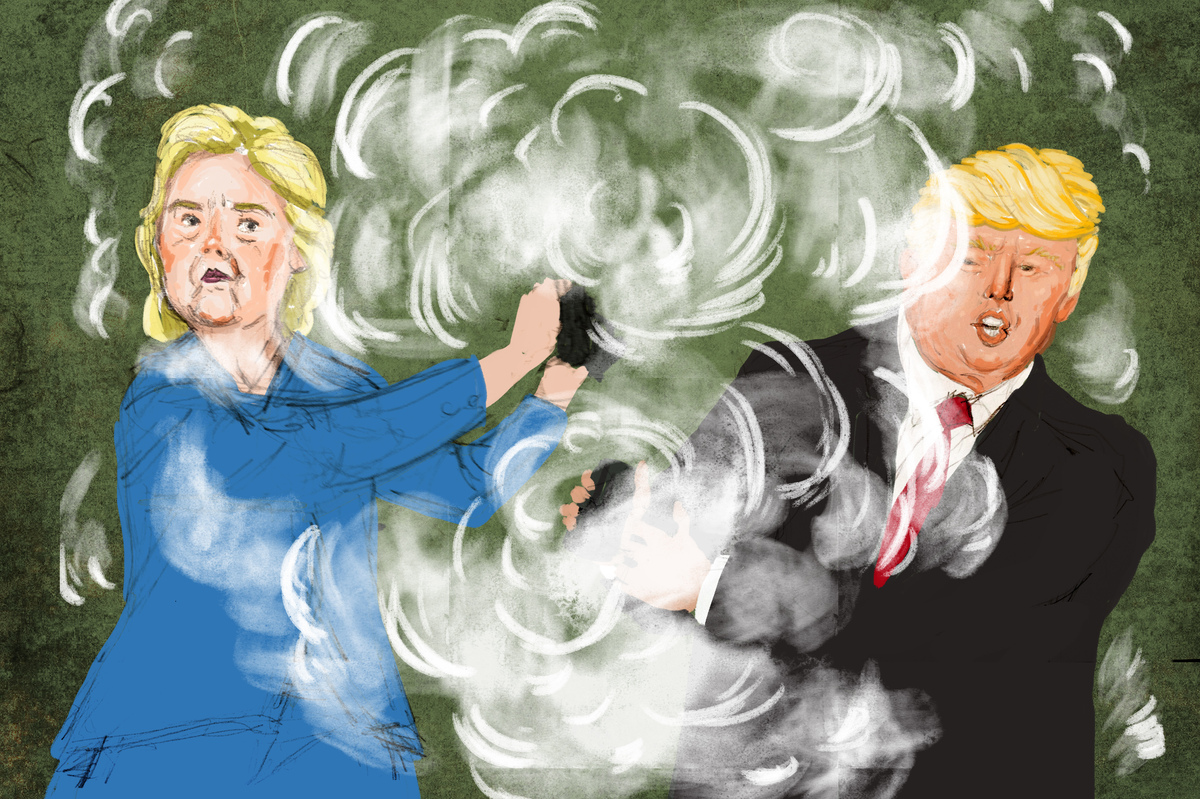 The candidates aren't talking much about education. But we are.

Voters are, too — education is rated as one of the top campaign issues this election cycle.

Why? Well, even though a lot of education policy is determined at a local level, the federal government still plays a huge role. Like the nearly $15 billion spent on Title I funding that goes to over half of all schools in America. Or the $30 billion in Pell Grants to help students pay for college. Or the $12 billion that goes to local districts to help students with disabilities.

And then there's the enforcement of all that. Basically, the next president and his or her administration can and will have a lot of influence on the nation's education system.

So just in case you haven't made up your mind about who's getting your vote, we've rounded up Donald Trump and Hillary Clinton's biggest talking points on education so you can make an informed choice.

Generally, Trump believes that the federal government shouldn't be involved in education.

"I'm a tremendous believer in education," he says in one campaign ad. "But education has to be at a local level. We cannot have the bureaucrats in Washington telling you how to manage your child's education."

That said, Trump does have plans for education if he gets elected, focusing on three main things: Ending Common Core, allowing for school choice and ending government-funded student loans.

I have been consistent in my opposition to Common Core. Get rid of Common Core--- keep education local!

Common Core, however, is a state standard, and isn't something the president can repeal. While the federal government did offer some incentives, the Common Core was adopted (or not) on a state by state level — not federally mandated.

In terms of school choice, Trump plans to reinvest $20 billion of federal money to allow disadvantaged students to go to school wherever they want — their local public school, or a charter school, or a private school somewhere else. NPR Ed's Eric Westervelt and Cory Turner explained this a few months ago, when they took a look at Trump's education policies:

This idea, known as portability, is popular in conservative circles because, it is assumed, the competition that comes with choice would force struggling public schools to improve or close. But it worries many student advocates because, they say, it would also drain money from the schools that need it most and send taxpayer dollars to well-resourced private schools.

Finally, while Trump hasn't talked a whole lot about higher education, one of his senior policy advisers, Sam Clovis, told Inside Higher Ed that Trump wants to do away with government-financed student loans and restore lending to private banks. He also doesn't agree with President Obama's proposal to make community college free for new high school graduates.

Hillary Clinton's biggest focus is on either side of the education spectrum — early childhood and higher ed.

"I believe all our kids deserve universal pre-kindergarten so they can be ready to go to school," she said last month at a rally in Lake Worth, Fla. "They deserve good schools with good teachers, regardless of where they live. And you especially deserve to have college affordable enough that you can go and graduate."

Clinton has long stressed the importance of the youngest students: pushing for universal pre-K, seeking increased wages of childcare workers and recommending that federal funding for Head Start be doubled. She's also a strong supporter of free college at public universities for students from families with an annual income of $125,000 or less, as well as a three-month moratorium on all student-debt payments.

What isn't clear is how the government would pay for it all — her proposals could cost another half-trillion dollars if phased in over four years, according to the CRFB.

As far as K-12 is concerned, Clinton hasn't laid out a lot of specifics. She's championed rebuilding school infrastructure and universal computer science education, as well as revising school disciplinary processes to keep at-risk youth out of the "school to prison pipeline," but hasn't flushed out a plan much further than that.

Finally, she's very vocal in her support of teachers. At the National Education Association Conference in July she said: "If I am fortunate enough to be elected president, educators will have a partner in the White House and you'll always have a seat at the table."

And teachers seem to have her back. NPR Ed's Anya Kamenetz wrote about Clinton's union support earlier this year:

What we do know is that she was endorsed relatively early, last July, by the American Federation of Teachers. Both Randi Weingarten, head of the AFT, and Lily Eskelsen-Garcia, the head of the other large education union, the National Education Association, have been full-throated Clinton surrogates.