Accessibility links
Teaching In The Age Of Trump : NPR Ed This week, for many schools and teachers, their lesson plans went out the window and a new one appeared: How to teach about, and what to say to students, following the historic election.

Teaching In The Age Of Trump

Teaching In The Age Of Trump 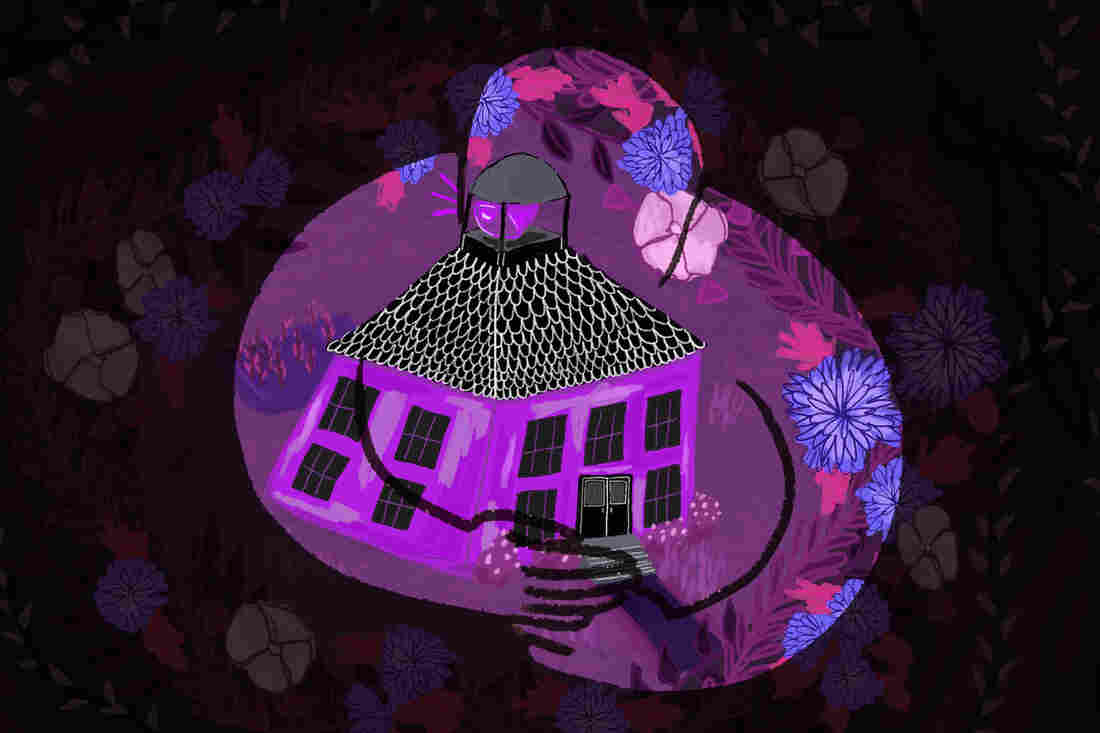 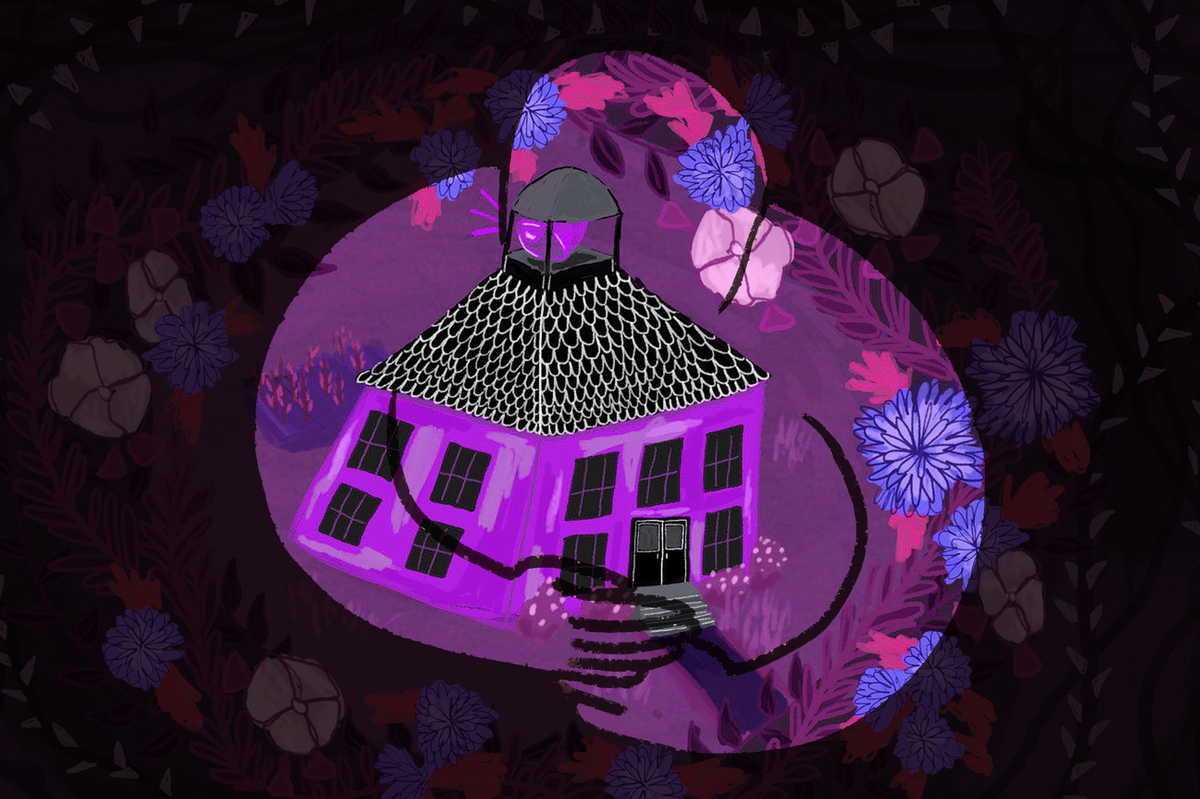 When Heather Stewart left home and headed to her third-grade classroom Wednesday morning, she wasn't sure what to do.

"There have been a handful of days in 22 years where I had no idea what to say or how to say it," she tweeted that morning. "Today is one of them."

These Fifth-Graders Think It's Really, Really Important That You Vote

As the dust from the presidential election settled, teachers across the country grappled with the question: How do I talk to my students about what just happened? After a divisive campaign season with racially-charged rhetoric and sexist themes, teachers wanted to make sure students felt included, heard and safe.

Stewart teaches at Lake Tapps Elementary School near Tacoma, Wash. Before the election, her third-graders spent a lot of time studying the electoral process. Now, she's focused on keeping a neutral tone.

"I said that there would be people in our country that were happy and that there were people who were sad. And this is just like how they might be feeling," she says. "And that all of those feelings are totally normal and OK."

In some places, teachers got some guidance from their bosses.

Tommy Chang, the superintendent of the Boston public schools, penned an open letter to the community. "As educators," he wrote, "we should use this opportunity as a teachable moment to have conversations with our students about the democratic process, how we can resolve differences and conflicts, and how we can address diverse and sometimes conflicting ideology."

College administrators weighed in, too.

Michael Roth, president of Wesleyan University in Middletown, Conn., sent an email to students and staff. "This election has heightened feelings of alienation and vulnerability," it said. "The pain of targeted groups is real, and we must acknowledge it and work to mitigate its effects." 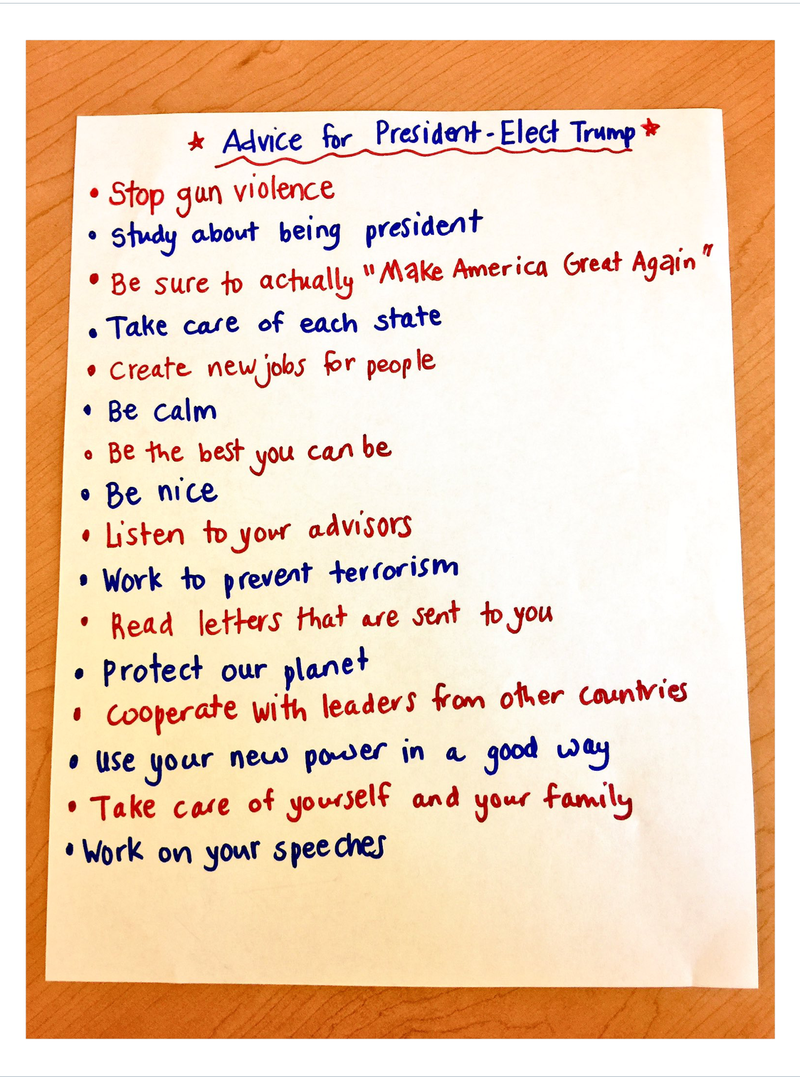 At the University of Miami in Florida — a state that was closely watched in this election — a letter went out, signed by Patricia A. Whitely, vice president for student affairs.

"The impact of the election outcomes may differ from person to person," Whitley wrote. "The thoughts and emotions you have may not be similar to your neighbors. Every perspective is valid, and valued."

Across the country, teachers connected to help other teachers find the words.

At Lake Tapps Elementary, Heather Stewart decided to get creative, and forward-looking. She asked her third-graders to brainstorm what advice they would like to give President-elect Donald Trump.

Here's what they came up with:

"Use your new power in a good way."

"Listen to your advisers."

"Be sure to actually 'Make America Great Again.' "