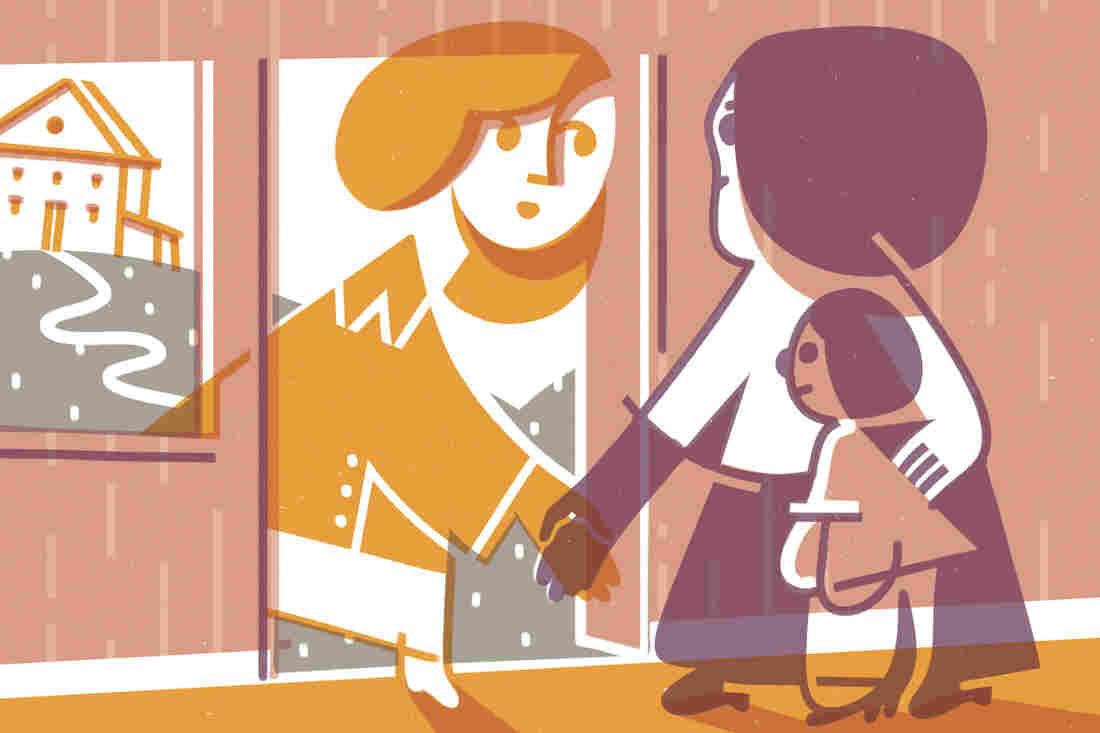 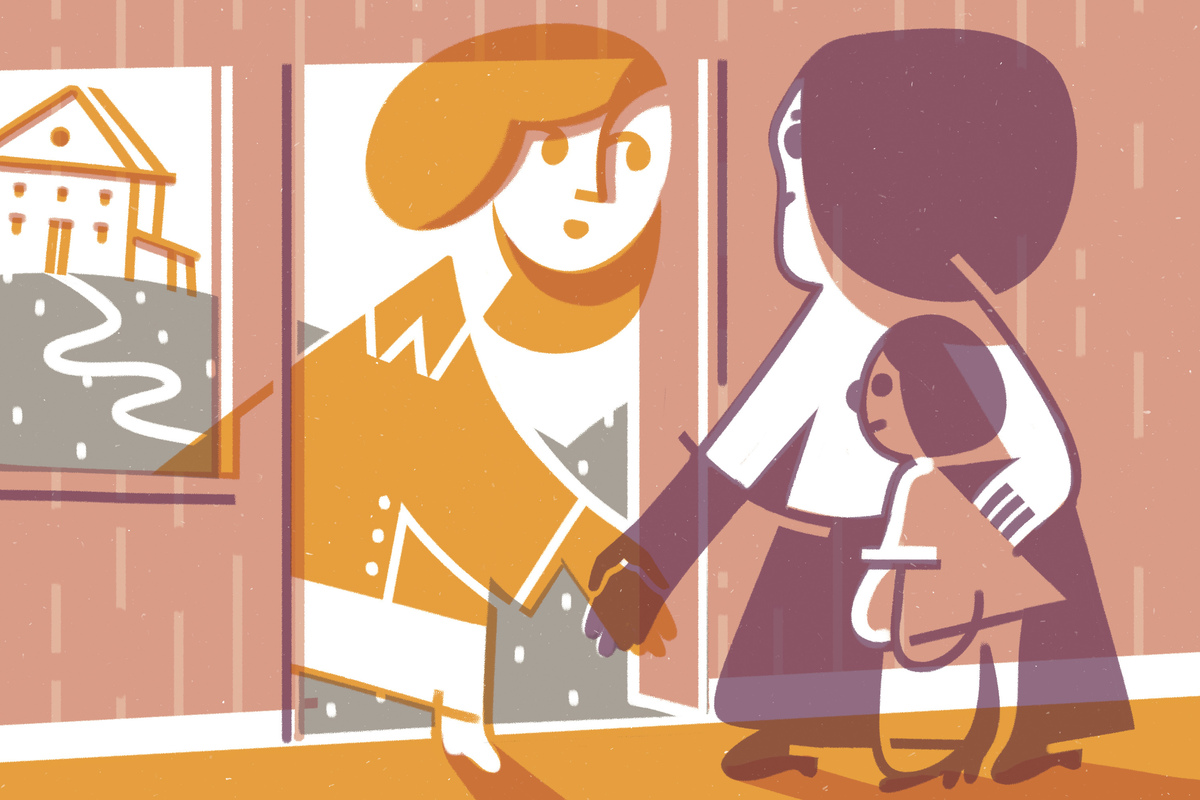 There's a lot of attention right now on improving attendance in schools — making sure kids don't miss too many days. But what about the littlest students — those 3 and 4 years old? New research shows that if kids miss a lot of preschool, they're way more likely to have problems in kindergarten or later on.

Researchers and many top preschool programs are focusing on one solution as a way of getting pre-K attendance up: Home visits at the beginning of the year, before kids start missing and before parents have a chance to feel skeptical about the school.

"No parent or family member wants the first contact to be, 'Hey, you need to come to school for a parent meeting and it needs to happen now,' " says Rachel Wessler, a teacher at Burrville Elementary School in northeast Washington, D.C. Wessler trains other teachers at Burrville to do home visits, which are a big part of the school's overall strategy.

"We try and do a lot of positive contact at home," she says, "so if there is a difficult conversation regarding attendance, the parent understands that this is coming from a place of love."

This is especially important for the 3- and 4-year-olds in the preschool program, who often struggle with attendance.

At the beginning of the year Wessler's pre-K class had 17 4-year-olds, and she made plans to visit each one of their homes. In October, she still had several on her list, including Za'montae Wise. After months of back and forth, Wessler and Za'montae's mom, Antonette, found a time that worked.

Antonette Wise and her four kids live with their extended family in a big house, just a short drive from Burrville. Teachers from Burrville usually do home visits in pairs, so Claire Gunner, a second-grade teacher, came along. Gunner is just here to listen, but she taught Za'montae in preschool last year, so she's already familiar with the family.

This visit is all about getting to know each other — Wessler wants parents to know that "I'm a real person." She asks about Wise's expectations. What does Za'montae's mother want from his teachers?

"Just work with him and be patient with his learning," Wise tells the teachers. "He's getting it, but he's pulling back. And he has an attitude, too, and that is not acceptable."

A Lesson For Preschools: When It's Done Right, The Benefits Last

"So you're saying you want me to enforce behaviors?" asks Wessler. Wise nods her head. Yes.

This meeting is a two-way street. Wessler is learning about little Za'montae, and Wise is getting a feel for the adult who spends the day with her son.

But after all the preliminaries, Wessler gets down to another big reason for this visit.

"I expect that your child comes to school every day," the teacher says. "On time. Ready to go."

So far, Za'montae's attendance has been good. Wessler's mission here is to keep it that way and to reinforce the message about the importance of attendance.

"We can help Za'montae with everything he needs in order to be successful," she says. "We feel very confident. He just needs to be there; he's just got to come."

This conversation is key, says Michael Katz, a researcher at the Urban Institute who looked at D.C. pre-K programs to figure out how schools get kids to show up. "Home visits were an essential component of their strategy," says Katz.

Schools with high preschool attendance, he says, have one important thing in common: "connection with families."

But in the past year, schools — directed by the federal government — have renewed their focus on attendance in the elementary years, and pre-K offers a chance to get kids on the right foot from their very earliest encounters with school.

Home visits can help establish a relationship before there's a problem. They can open up lines of communication. "If you don't have a good phone number for the family, or if you don't know the family, you're working from behind," says Katz.

Wessler and Gunner agree. They tell me that getting a working phone number is a major victory.

"If there is a student struggling with attendance, we can call and we'll get an answer about it," says Gunner.

But these visits are a big ask for teachers. Wessler usually spends about half an hour with families. Try multiplying that by 20 or even 30 for a whole class. Plus, schedules are hard to coordinate. Wessler had been trying to set up this visit with Za'montae's mom since July.

I ask Wessler about the time commitment and she shrugs it off. She tells me about her first year of teaching, how she thought about doing home visits, but only managed to do a few.

"I was a new teacher. I had so much to do that I didn't make it a priority," she says. Her second year, she did make it a priority — and visited the homes of all her students. She says that as a result, she felt supported by a community of families, she had good communication with parents and guardians, and her kids performed better on their assessments. She was hooked.

Before we leave Antonette Wise's house, Wessler checks to make sure she has all the right contact info. Yep, each has the other's cellphone number and they're connected on Facebook.

Now, any time there's a problem getting Za'montae to school his mom just needs to pick up the phone.