Accessibility links
What Is Dyslexia? A Common — And Misunderstood — Learning Disability : NPR Ed It's the most common learning disability, yet it's still hard to answer the question: What is it? An NPR reporter who has dyslexia talks with other people — young and old — in search of answers. 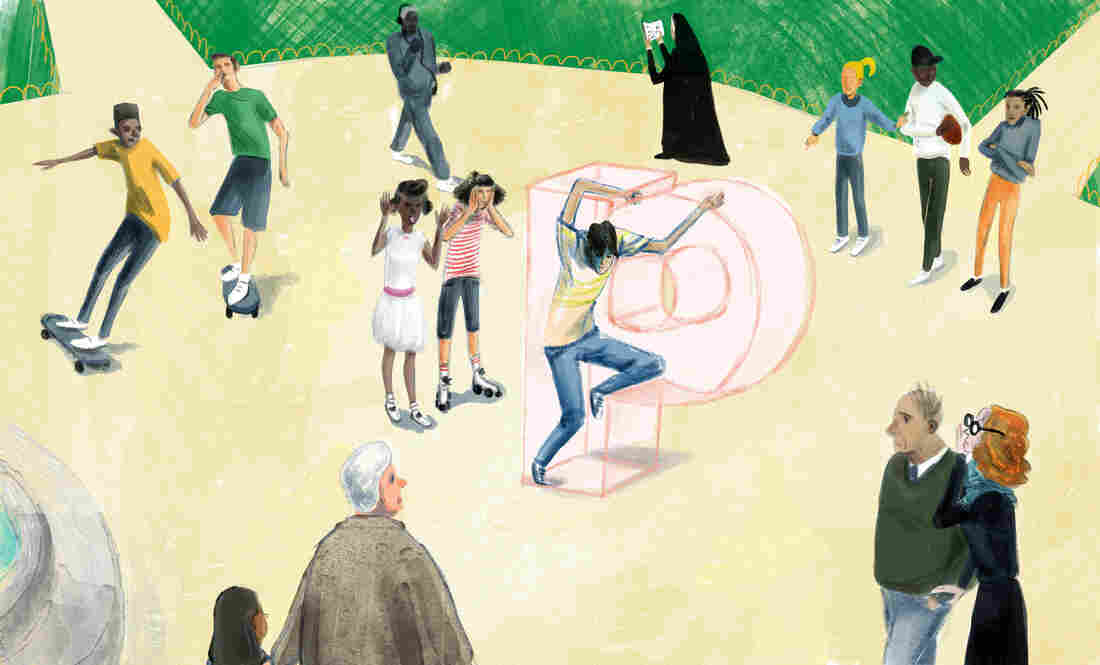 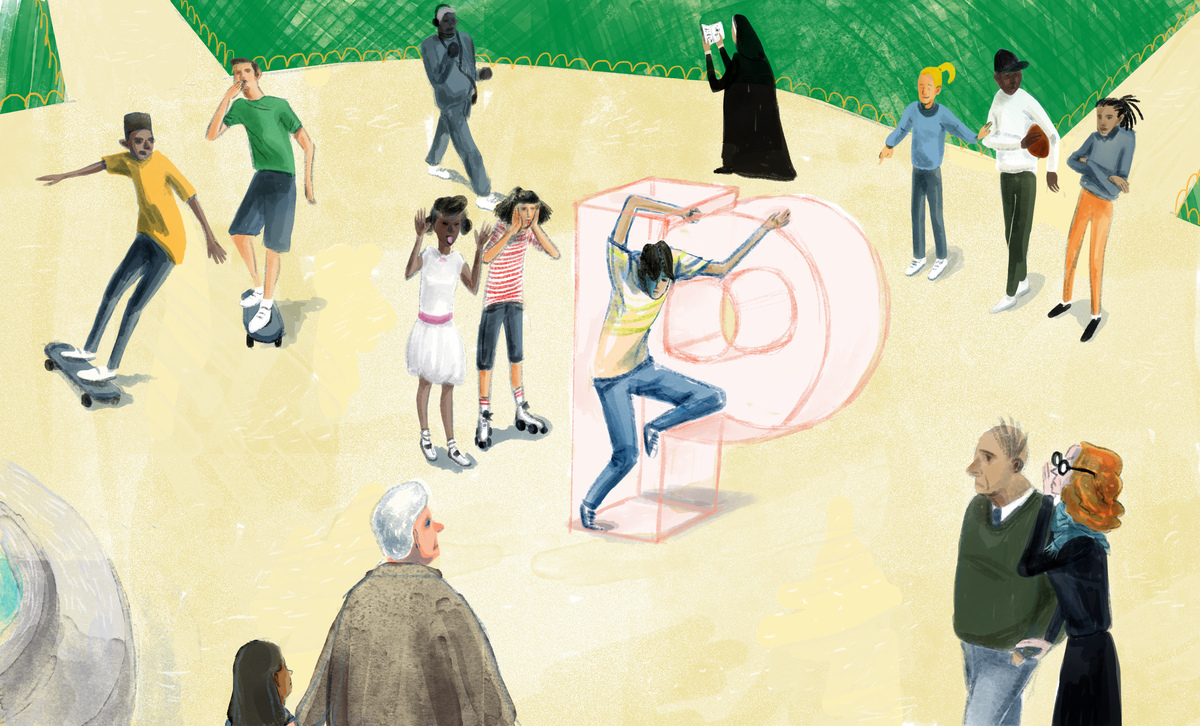 Part 1 of our series "Unlocking Dyslexia."

"It's frustrating that you can't read the simplest word in the world."

Thomas Lester grabs a book and opens to a random page. He points to a word: galloping.

Despite stumbling over the simplest words, Thomas — a fourth-grader — is a bright kid. In fact, that's an often-misunderstood part of dyslexia: It's not about lacking comprehension, having a low IQ or being deprived of a good education.

It's about having a really hard time reading.

Dyslexia is the most common learning disability in the United States. It touches the lives of millions of people, including me and Thomas. Just like Thomas, I spent much of my childhood sitting in a little chair across from a reading tutor.

Today, Thomas is working with his tutor in an office building in northwest Washington, D.C. The suite they're in is an oasis of white couches and overstuffed pillows. In the waiting area, a kid is curled up sucking her thumb, and a mom reads a magazine quietly.

In the back of the suite — a Lindamood Bell Reading Center — Thomas fidgets with everything in arm's reach.

"All right, I am going to give you some air-writing words," the tutor says to Thomas, speaking rapidly as if daring Thomas to keep pace. She spells the first one out loud: "C-O-R-T."

With his index finger, Thomas writes the letters sloppily in the air.

Then his tutor asks a question: What sound do the two middle letters make? "Eer? Aar?"

Thomas squints at whatever visual memory he can retain from the letters he has just scribbled in the air. Then, with a burst of enthusiasm, he stumbles on the answer: "Or!"

"Good job!" his tutor replies, with what seems like genuine excitement, before moving on to her next question about the letters. 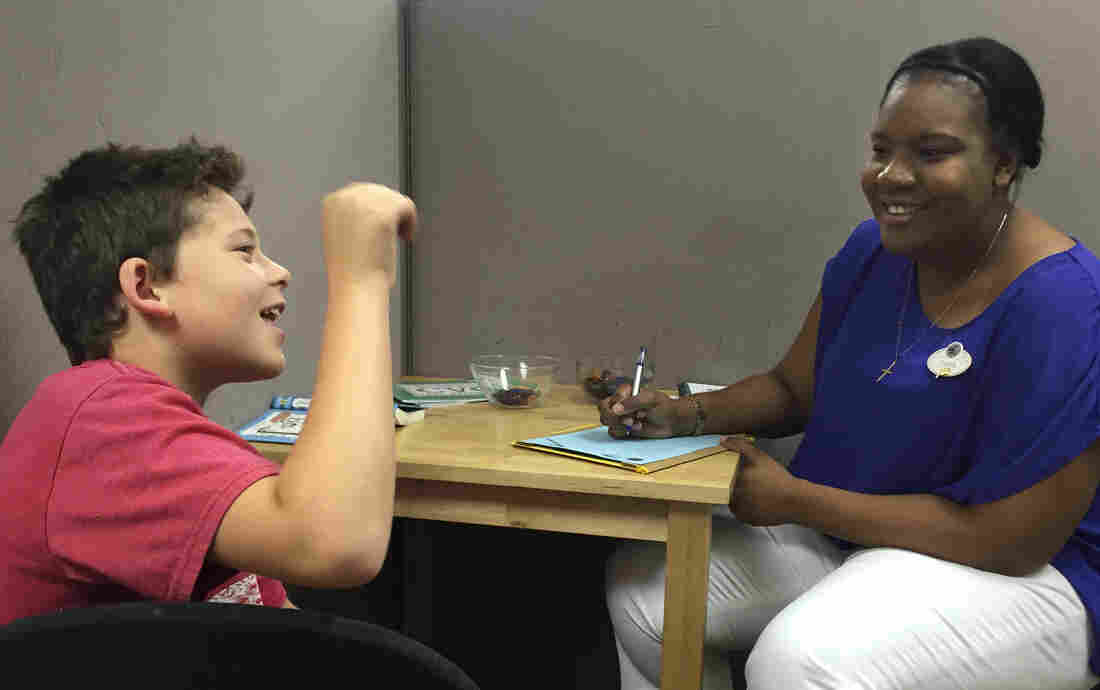 I also have a question for Thomas: What's it like to have dyslexia?

Thomas stops his fidgeting. "It's hard," he pauses. "Like, really hard."

Thomas, 9, has trouble reading, but he likes books. Just give him the audio version, he says, and he'll "listen to the book on Audible like 10,000 times."

"His comprehension is that of a 13-year-old," says Geva Lester, Thomas' mom. "He can understand Harry Potter, but he can't read it."

Before they started coming to this Lindamood Bell Reading Center, Lester says, she'd watch with alarmed confusion as her son struggled with the most basic text: "See Spot run."

She remembers trying to read with him. "On one page he would figure out the word: 'There.' And on the second page, he would see it and he would have no idea what it said."

Sitting there with Thomas and his mom, I remember doing that myself — and in some ways, I still do.

For more information and help, check out:

As a child, my dyslexia was a closely guarded secret. In kindergarten, I'd leave class to work in a tiny closet, with a space heater and a reading specialist. Walking there, down the locker-lined hallways, I'd avoid eye contact, hoping nobody would notice me.

In middle school, I struggled to read even picture books. In class, I'd pretend. Then, at home, I'd listen to my books on cassette tapes — at double speed. And during the summer, I'd go to Lindamood Bell, just like Thomas. (The reading centers, which offer tutoring and reading programs around the world, also provide financial support for NPR.)

Over the years, I survived by memorizing words. It started with boxes and boxes of index cards. I'd practice each night, looking at a word and saying its sound as quickly as I could. I memorized hundreds and hundreds — maybe a few thousand — words this way.

I've never been able to sound out unfamiliar words. And I still can't. 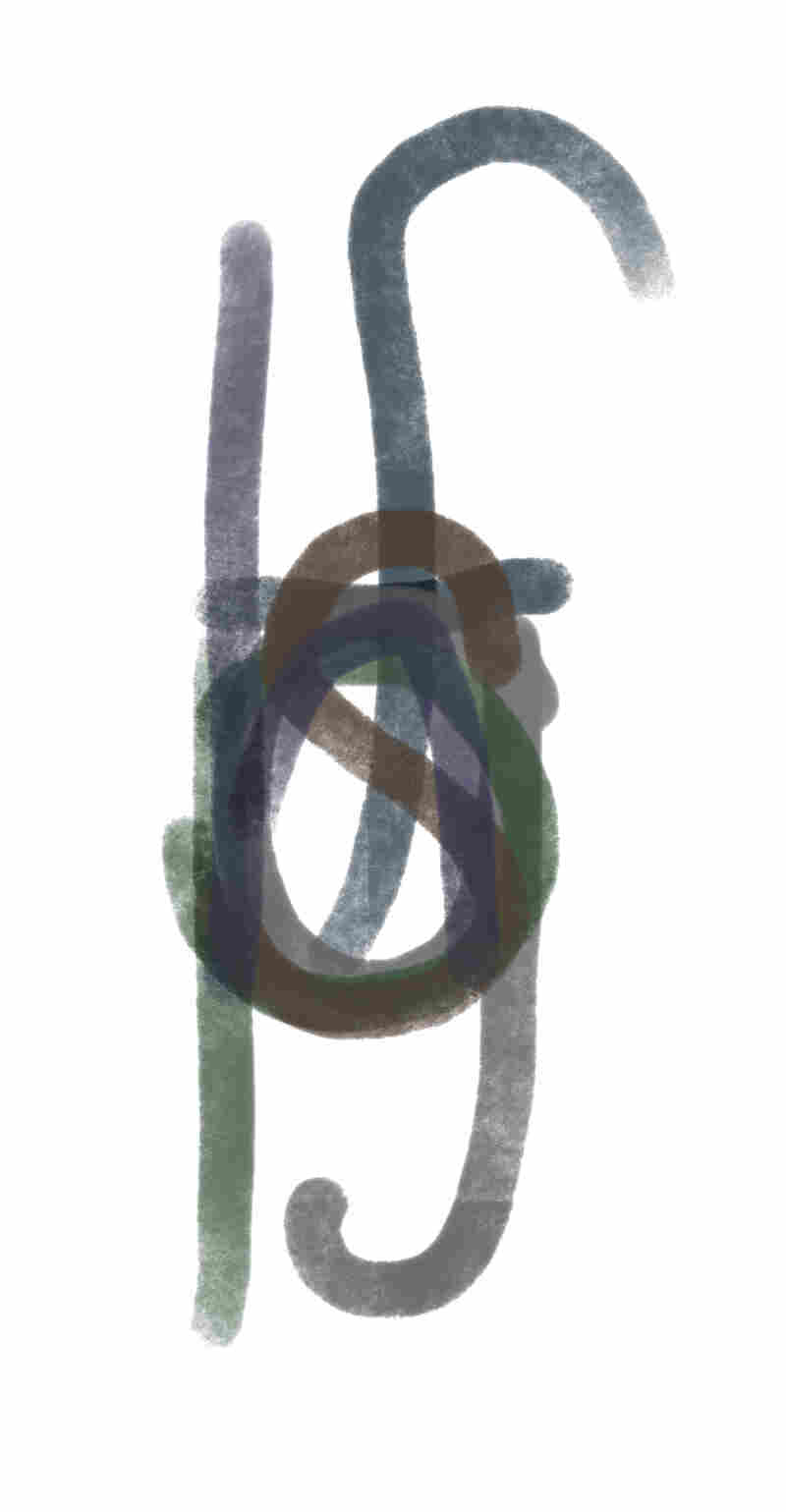 When I come across a word I don't know, I freeze. It's often a last name or a street name that never made it onto those index cards. It takes a great deal of focus for me to clump the letters into groups, link those groups with sounds and, finally, string those sounds together.

Since dyslexia is not something you outgrow, I have learned to work with it, and work around it. It's always there, but it is rarely the focus of my thoughts. That was true through college and graduate school, but when I became an education reporter, it changed.

As I returned to elementary school classrooms and interviewed parents and teachers, dyslexia kept popping up in places I didn't expect. I saw teachers who were mystified by their students' struggles and parents whose stamina and empathy were tested.

Dyslexia is so widespread that it forces schools and parents to take action. And yet, it is deeply misunderstood. Even basic questions don't have easy answers.

Exactly how many people around the world have dyslexia? Well, it's complicated. Estimates vary greatly, partly because it depends on what country or language you are talking about (English speakers may be more likely to have it than, say, Italian speakers) and partly because many people who have dyslexia never get a formal diagnosis. However, most estimates in the United States put it at somewhere between 5 and 17 percent of the population.

Many people think that dyslexia is seeing letters in the wrong order, or getting b and d mixed up. Not true. Researchers, experts and people with dyslexia dismiss these as common misconceptions.

So, if dyslexia isn't any of those things people think it is, then what is it?

"It's basically like looking at a foreign word," says Jonathan Gohrband. He's a videographer in Chicago and, at 31, he says dyslexia is still part of his daily life.

When reading, Gohrband says, his eyes often lurch to a stop in front of a word that looks utterly unfamiliar. His best solution, he says, is to turn to his girlfriend, asking a now familiar question: "What's this word?" And as she answers, he almost always has the same response: "Of course that's what it is!"

Here's the thing: There's nothing wrong with Jonathan Gohrband's vocabulary. Or 9-year-old Thomas Lester's vocabulary. They know what "galloping" means. And they can use the word in spoken English 20 different ways. They just can't read the word.

That's why dyslexia used to be called "word blindness." People with dyslexia don't naturally process the written word. They don't easily break it into smaller units that can be turned into sounds and stitched together. 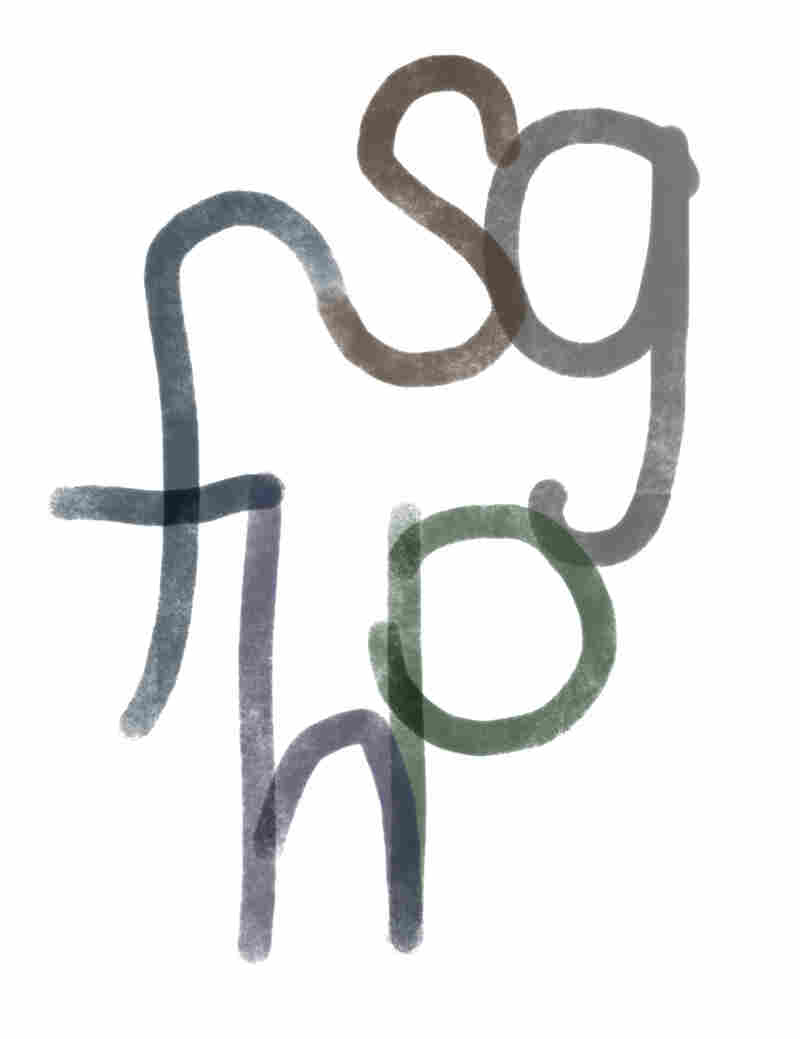 This makes reading a laborious — even exhausting — process. Writing, too. Gohrband remembers when his former boss pulled him aside after she'd received emails littered with spelling mistakes.

" 'Hey, I know it's the weekend, but don't email when you're drunk,' " he recalls her saying. He was, of course, perfectly sober — just dyslexic. Now, he can spend hours scouring emails he's drafted, looking for typos. "It's very time-consuming and very exhausting."

Consuming. Exhausting. There's an emotional dimension, too. Gohrband recalls that when he was a child he would fantasize about not "being broken." He would avoid telling people about it: "If they know that you're dyslexic, they'll think you're dumb."

Yet, he says, there came a turning point when the shame faded. For him, it was when he found videography. There he discovered a "language" that came easily, and suddenly his talents were visible to others.

"I felt so much more confident," he says.

And with time, Gohrband says, he has found benefits hidden inside his struggles. He thinks that being pushed outside his comfort zone by dyslexia has made him more creative and less judgmental.

I've felt that myself, and as I've talked with many others, I heard one thing again and again: When things don't come easy, you learn to try new things and work hard at them.