Accessibility links
Dyslexia: 3 Strategies For Parents Dyslexia is a reading problem, but its influence can be felt far beyond the classroom. It often disrupts home life, making dinnertime and bedtime a struggle. 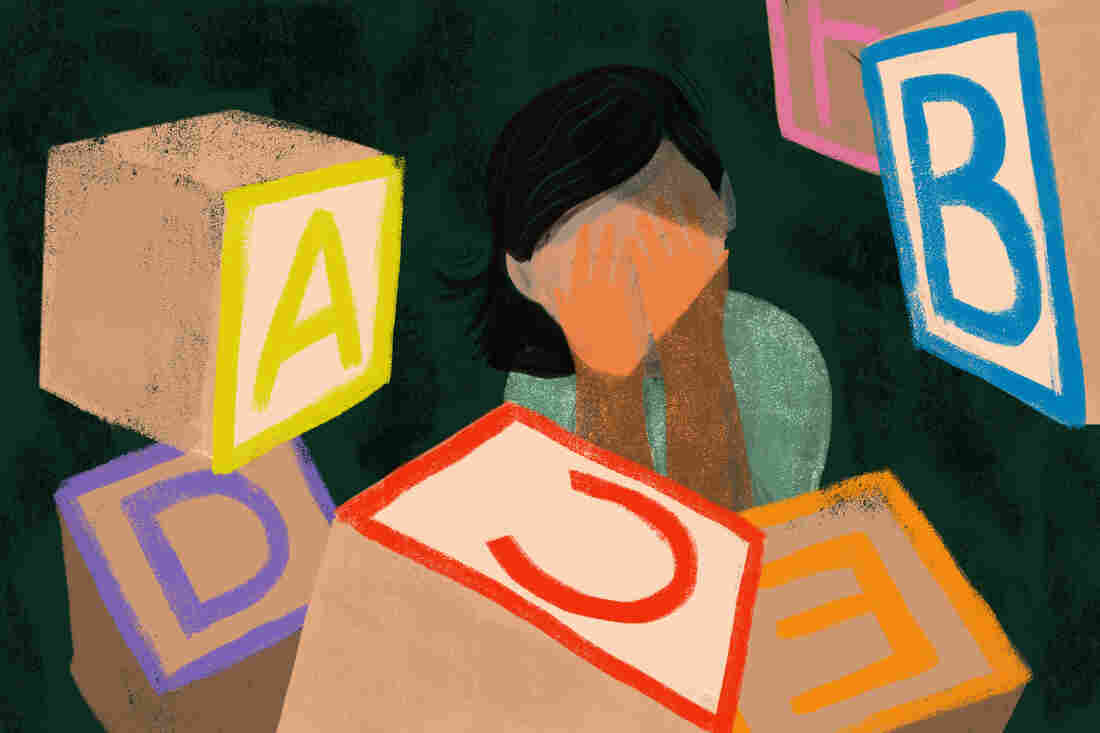 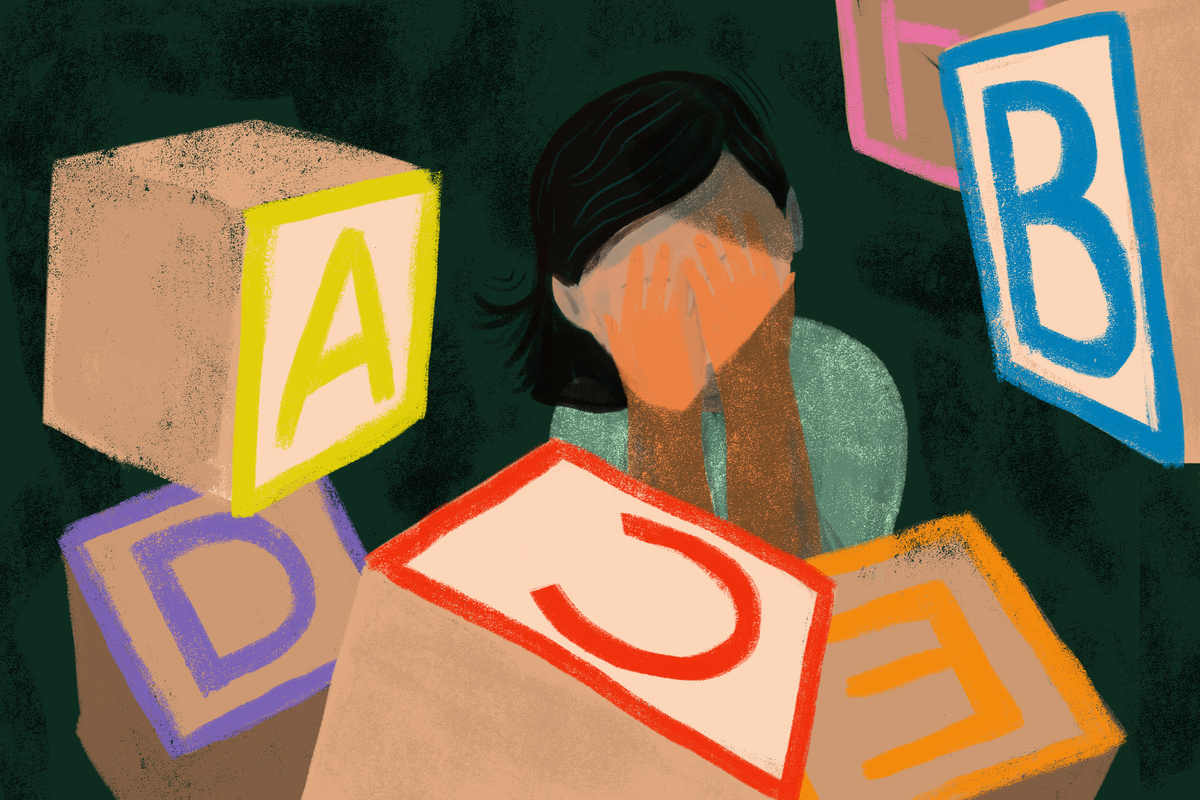 Part 3 of our series "Unlocking Dyslexia."

A mother who spent years coaching and encouraging her dyslexic son recalls his childhood with one pervasive feeling: "It was really scary."

One father told me his home life was ruined. Trying to do homework with his struggling daughter, he says, felt like "a nightmare every night." Optimism and determination would inevitably descend into tears and anxiety. The culprit: dyslexia.

Yet another mom — whose son and daughter both have dyslexia — suggests changing the definition of dyslexia: "It's no longer a reading problem. It's a life crisis."

As the most common learning disability, dyslexia affects somewhere between 5 and 17 percent of the U.S. population. Its reach extends far beyond the classroom, causing stress, tension and confusion for families with a dyslexic child.

But experts and parents say there are three key things that can help.

1. The sooner you intervene, the better

When Megan Lordos' daughter was a toddler, there were hints.

Canela Jayne loved books, but hated letters. Halfway through reading a story, Lordos would often try to sneak in a quick lesson about which letter makes which sound. But Canela Jayne would have none of it. She'd jump off her mom's lap, effectively ending story time.

There were other hints, too: Canela Jayne hated wearing shirts with words on them. She didn't want to be that close to letters. Rhyming felt like an impossible task for her. And as she entered and progressed in school, she sat in frustration while her classmates sped ahead with their reading.

When Lordos worried, friends assured her that each child matures at a different pace.

But soon, her daughter began to dread going to school. "There were days when she could not get on the bus," says Lordos.

Lordos remembers looking at her daughter and seeing "this look of fear in her huge eyes." Then, she says, Canela Jayne would plead: "Mommy, I can't do this. I can't do this. Don't make me do this."

When Canela Jayne was eventually diagnosed with dyslexia, it felt to Lordos like valuable time had slipped away. Experts worry that this happens a lot. The research suggests early and intensive reading help is most effective. And many say starting specific reading programs at a young age has been successful.

2. Find something else your child is really good at

With lime green walls and craft projects on every visible surface, Canela Jayne Lordos' bedroom is an artistic 10-year-old's dream.

As light spills in from the backyard, she picks up a little wax figurine she made. This one is a monkey, one of dozens of intricate animals she sculpted using only the red wax that wraps the cheese her parents buy at the grocery store.

"I take one half to make the body," she says, explaining the process carefully. Then, she turns to another favorite activity — embroidery. Here, her explanation is about her motivation: She likes embroidery because it lets her write with pictures — a mode far easier for Canela Jayne than writing with letters.

Besides her bedroom, she tells me, her other favorite room is the kitchen. She loves standing on her stool at the counter, cooking. Scones. Biscotti. Banana bread. She is even willing to read the recipe, if that's necessary.

Although Canela Jayne now spends much of her summer days with tutors at reading centers, her mother has carved out time each year for her daughter to trade books for a spatula and cooking camp. Canela Jayne looks forward to it all year.

For other kids, it's sports, computers, music — anything that takes skill and builds confidence and pride.

Experts say that children with dyslexia are at a higher risk for depression. And having another passion — where there's a more direct link between effort and success — is helpful.

Schools are supposed to help children with dyslexia, but many don't have the resources to do so. That means parents who can afford it often bear the cost of outside testing, specialized tutors, reading centers and, of course, private schools.

Some families estimate that they spend upwards of tens of thousands — if not hundreds of thousands — of dollars helping their kids learn to read before high school graduation.

Lordos and her husband say they were faced with what felt like an impossibly hard trade-off: college tuition or reading tutors. Eventually, they decided to "invest in the child that we have now."

"You know," she adds, "college won't be an option if they continue to hate school and reject everything that has to do with reading."

After more than 400 hours of intensive tutoring, Canela Jayne is doing much better. She no longer complains about going to school in the mornings. And, while she's still in the process of learning to read, she's making strides.

The biggest change, Lordos says, it's that her daughter is "much, much happier."