Accessibility links
Students: Colleges Are Tracking You Online. It Can Help You Graduate : NPR Ed Some campuses are testing new tools that give professors access to real-time data on student engagement and performance. 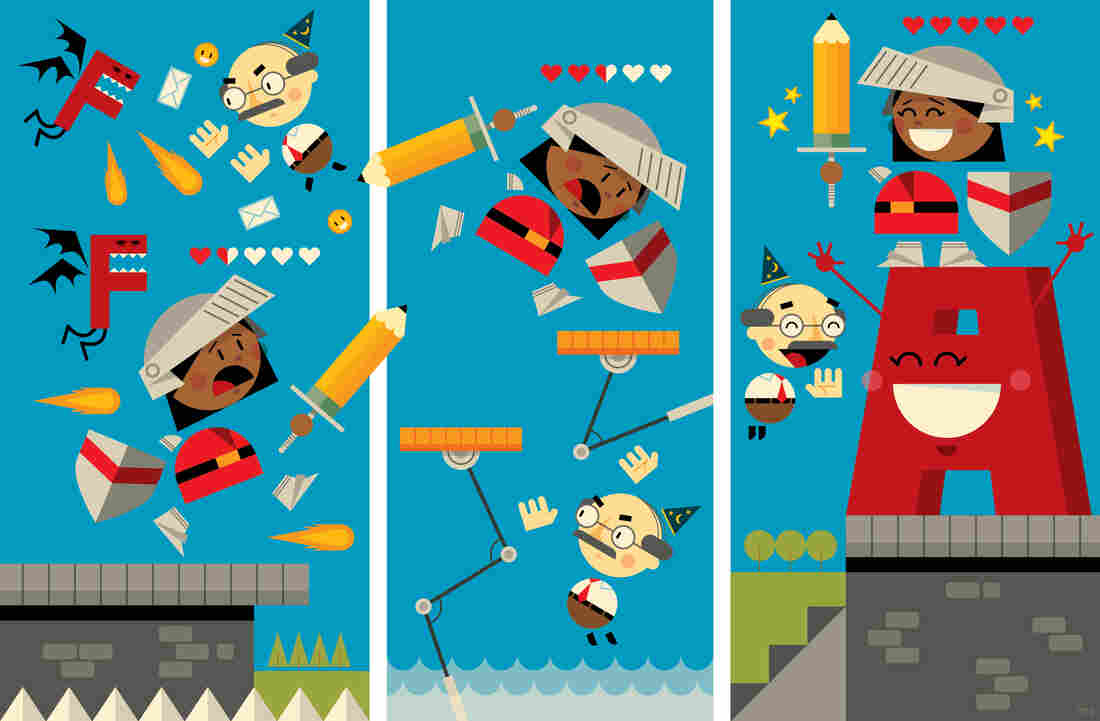 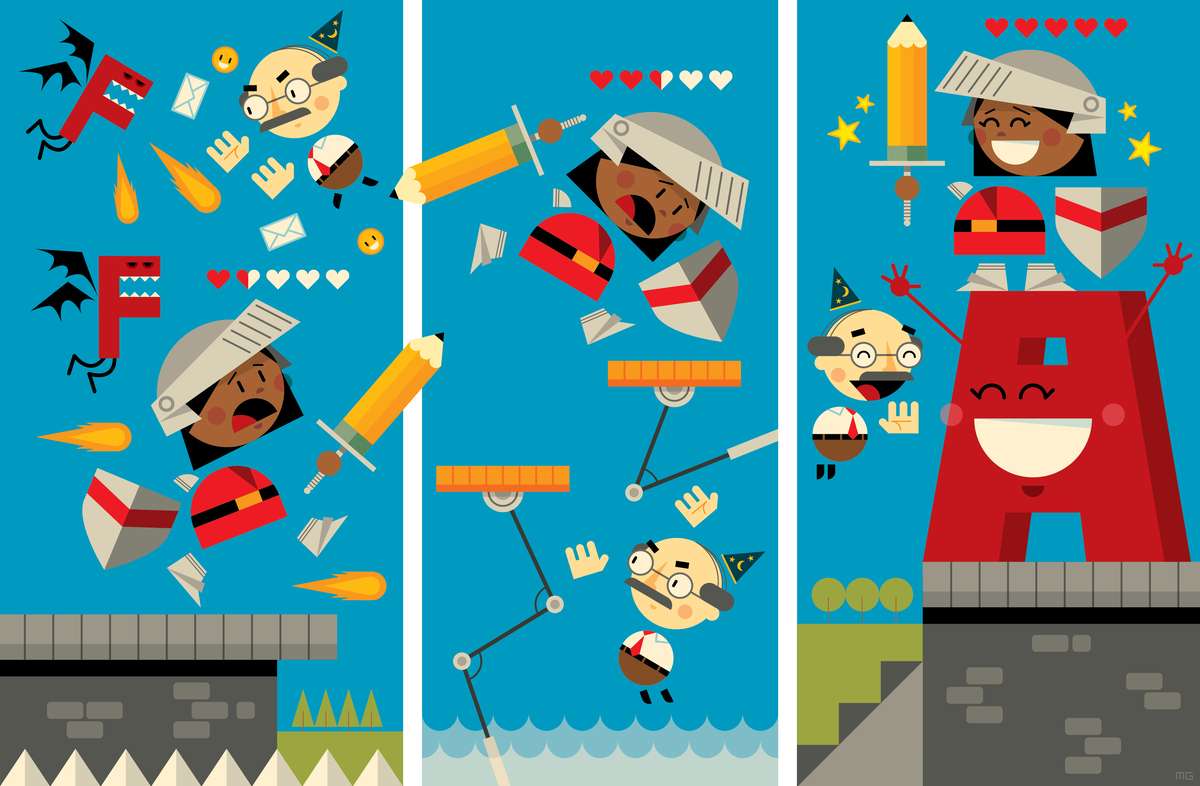 Companies use lots and lots of data, including your daily Web surfing, to help them sell you stuff. They follow you across the Internet with annoying ads, and the data they collect is now essential for their business.

So why aren't the best minds in higher education doing more to tap all that information to improve teaching and learning?

Now, some of them are. Schools such as Valencia College in Orlando, Fla., are wading into the data streams of what's being called "predictive and learning analytics."

Basically it means big data goes to college. How engaged is a student with online course material? With discussion forums? What could schools do with information on his or her academic background?

The goal is, of course, to use all that data to boost graduation rates. Teachers and counselors can identify students who need help, and intervene quickly: a compelling nudge, a note from a counselor, a meeting with an adviser.

Not Just A Name

It's 20-year-old Randall Lofton's third shot at college. The first two times, he says, didn't stick. Too much partying and basketball and not enough studying. "I didn't apply myself." 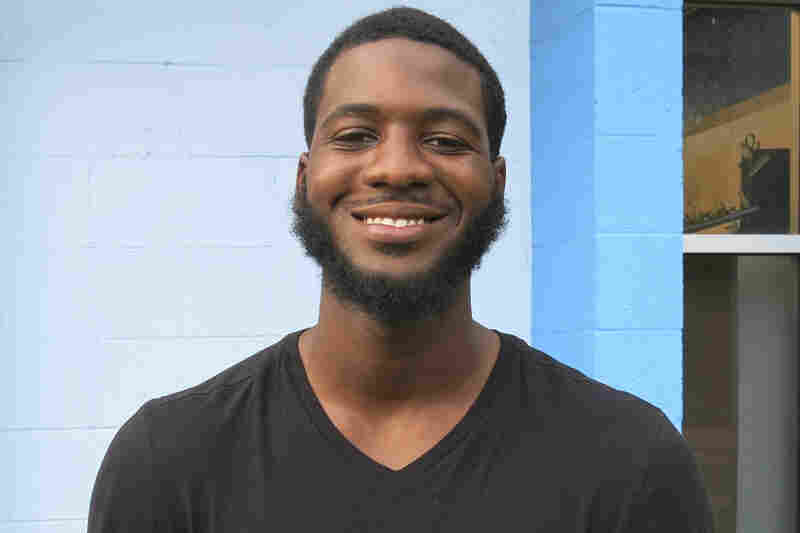 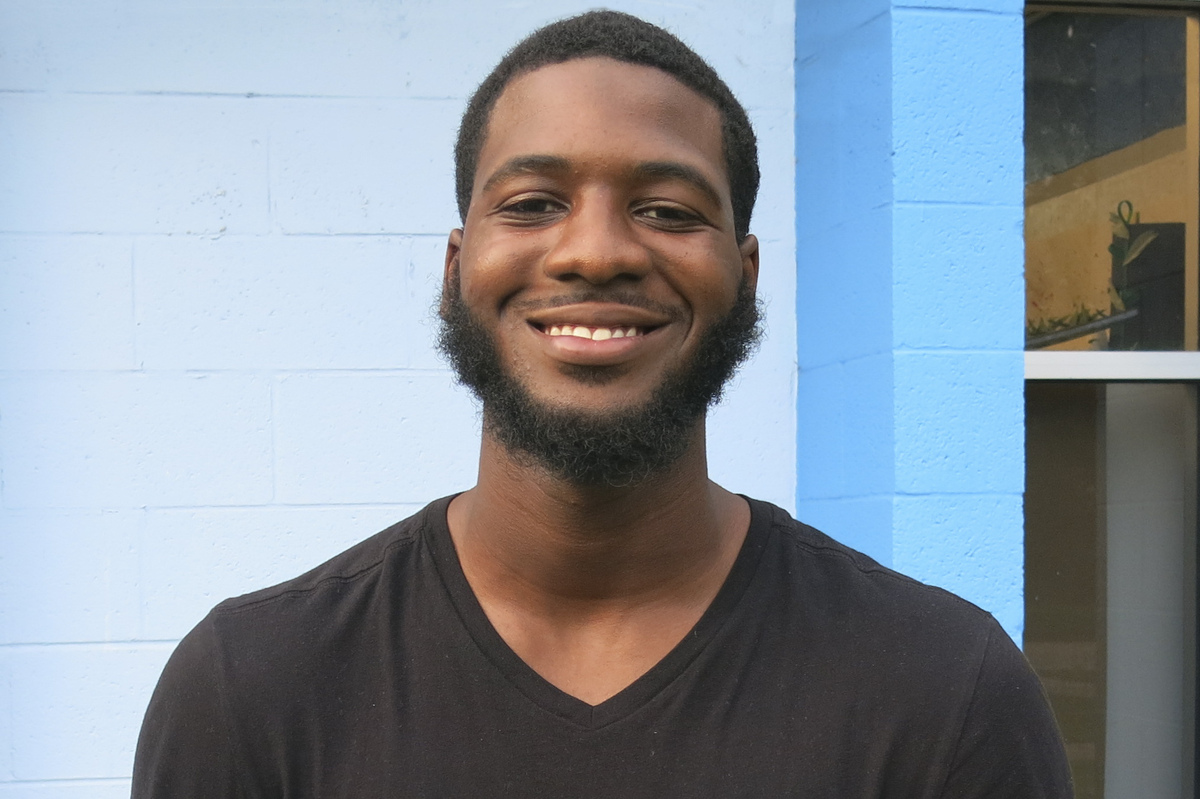 Randall Lofton, 20, is trying to balance a full-time job and three classes at Valencia College.

Lofton is now trying to balance a full-time job with three classes at community college. He's taking a mix of online and in-class work at Valencia College, just a dozen miles from Walt Disney World.

"So this is pretty much my last chance," he says. "This is something that I want to do, so I'm gonna work my heart off."

So far, he is. Here's one thing that made a difference: His professor sent several personalized messages of support. Lofton keeps one email from his English professor, Neal Phillips.

"I screen-shot it and I saved it," Lofton says. "And he was basically saying, like, 'Don't quit, you're very hardworking in this class. ... I appreciate how you're very diligent and very intrigued by the work.' That touched me that somebody was paying attention." 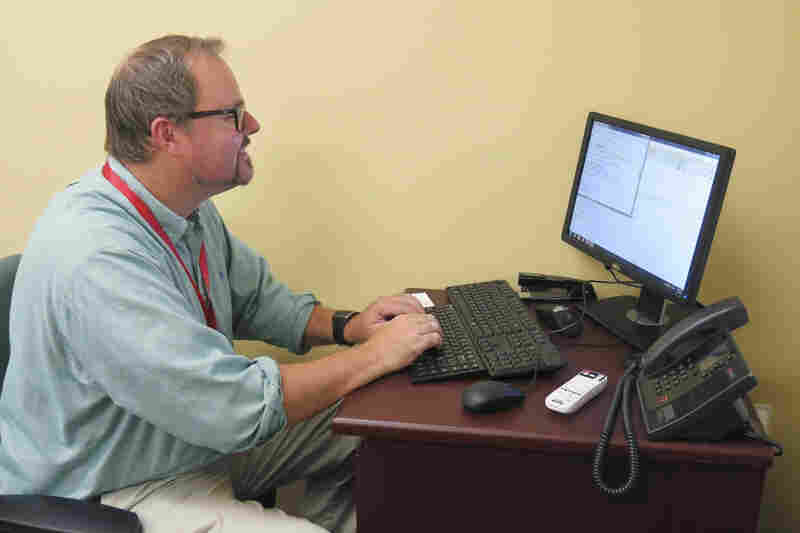 English professor Neal Phillips sits at a Valencia campus computer in Orlando, Fla., crafting an email blast to students who've been flagged by a new program that analyzes how they're performing. Eric Westervelt/NPR hide caption 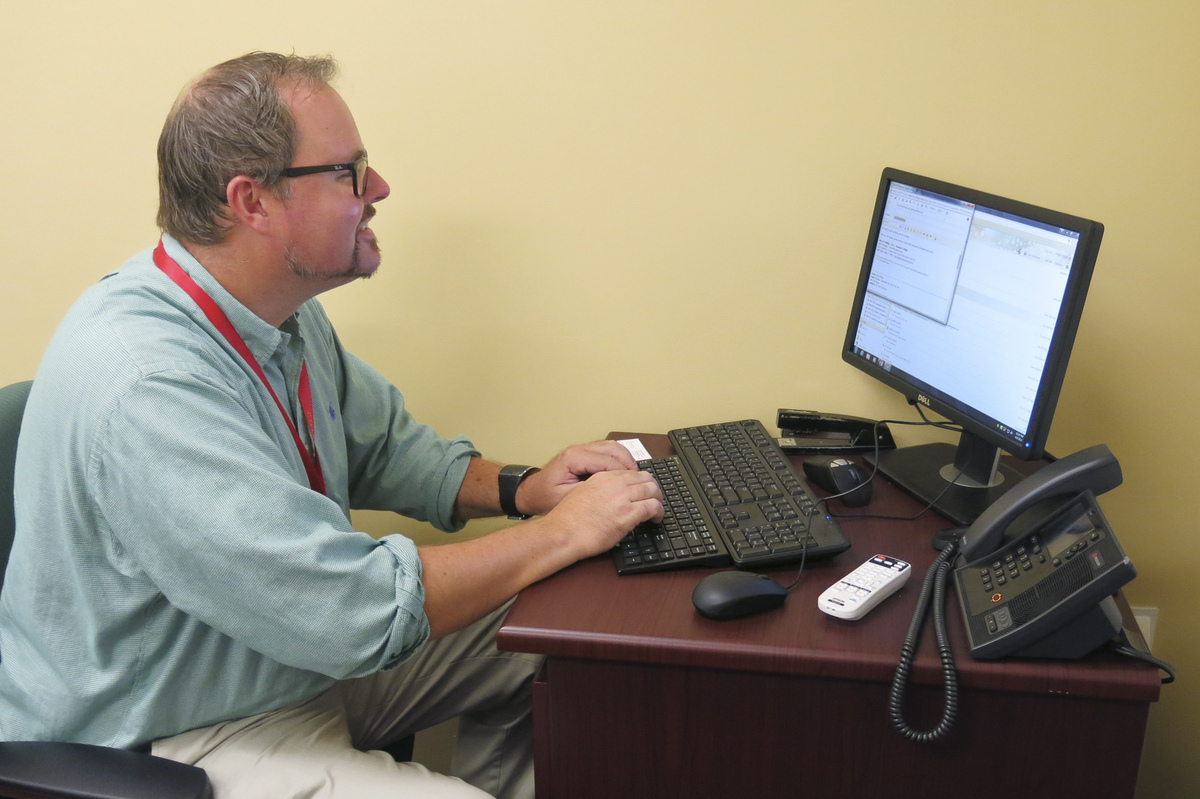 English professor Neal Phillips sits at a Valencia campus computer in Orlando, Fla., crafting an email blast to students who've been flagged by a new program that analyzes how they're performing.

Lofton says that email from Phillips showed genuine care. "I'm not just in somebody's class just as a name," he says. "That was cool."

It was also, perhaps unbeknownst to Lofton, part of the college's strategy to merge data science with interventions to improve performance.

Call it higher ed's version of Moneyball. Only the goal isn't a World Series ring; it's to help more students stick with college, improve academically and graduate.

But too often, critics say, the approach is retro — looking at performance data in spreadsheets that administrators funnel into sparsely read reports for faculty. Or the information is kept in silos and used for alumni fundraising, marketing or reports for the board of directors.

It is, in effect, academic autopsy data. The information rarely has anything to do with helping improve student learning in real time.

"It's our mission to democratize data," says Mark Milliron, co-founder and chief learning officer with the software company. "And to to get that data to people who need it most — the faculty, students and advisers."

There are other companies doing similar work, including Starfish and Blackboard.

Here's how it works at Valencia, and how Randall Lofton came to get that email from his professor. The system vacuums up data on things such as student participation online, time spent on the school's learning platform and pairs it with a student's academic record. It's refreshed four times a day to create a student "engagement score."

It's early in the semester, but using these tools, Neal Phillips can already see danger signs for a handful of students in his online Intro to English Composition class. Some students haven't logged in lately or seem academically adrift.

And so, he's spending an afternoon crafting an email blast to those students. He wants to reach out to them before it's too late. The emails will look personalized to each student. And they are — sort of.

"I wanted to know if there's anything additional I could do to assist you in the course," he writes to half a dozen red-flagged students.

These introductory or "gateway" courses are hugely important for Valencia, and other schools nationally.

Research nationally and at this college show that if students withdraw from or fail even one of their first five course attempts, their chance of graduating is cut in half. Fail or withdraw twice, and those chances are cut in half again.

Phillips' email blast is just one intervention. Other students might receive one-on-one or group tutoring, peer-to-peer mentoring, meetings with an adviser or professor or other steps.

As for the college as a whole? "It is still early to determine the impact of the analytic tools," says Kurt Ewen, a senior administrator.

Nonetheless, he adds, professors and administrators are seeing the benefits. "Now," says Ewen, "they don't have to wait until after midterm."

Randall Lofton says all the nudges pushed him to buckle down. He got an A in Phillips' class.

A version of this story was published on NPR Ed in October 2015.