Accessibility links
School Graduation Rates Are Deceiving. Here Are 7 Things That Would Help : NPR Ed High school graduation rates are improving, but an investigation into the numbers shows some of that is due to quick fixes. Policy experts respond with their suggestions for real progress.

School Graduation Rates Are Deceiving. Here Are 7 Things That Would Help

School Graduation Rates Are Deceiving. Here Are 7 Things That Would Help 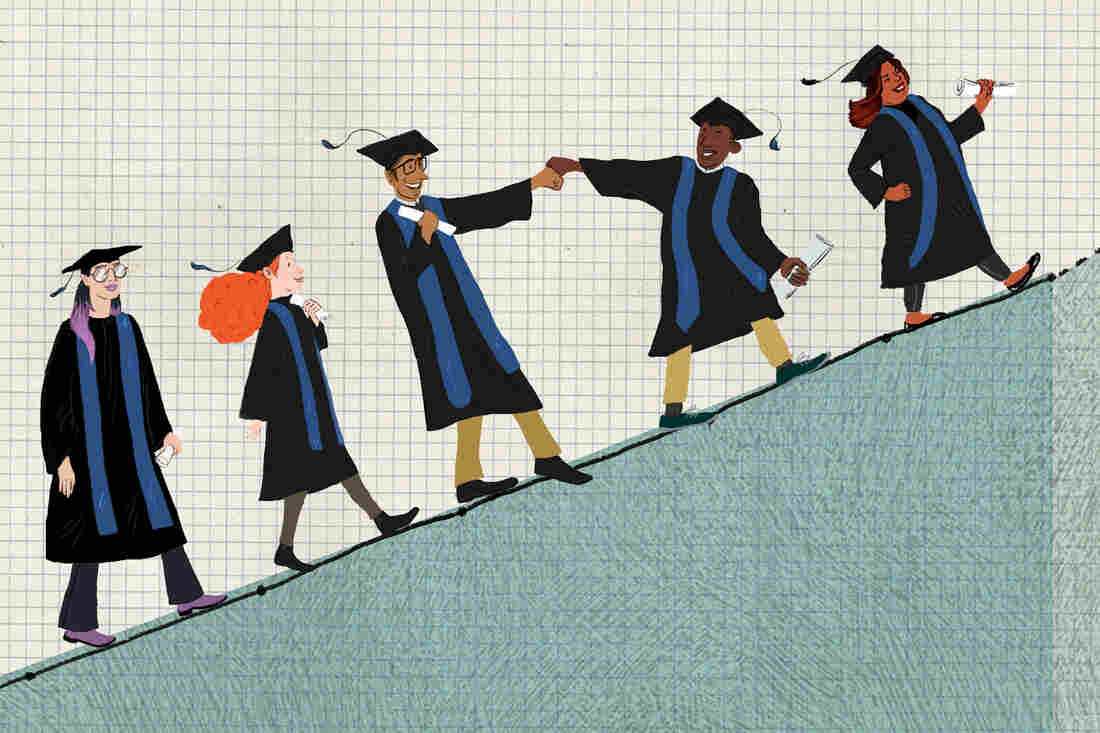 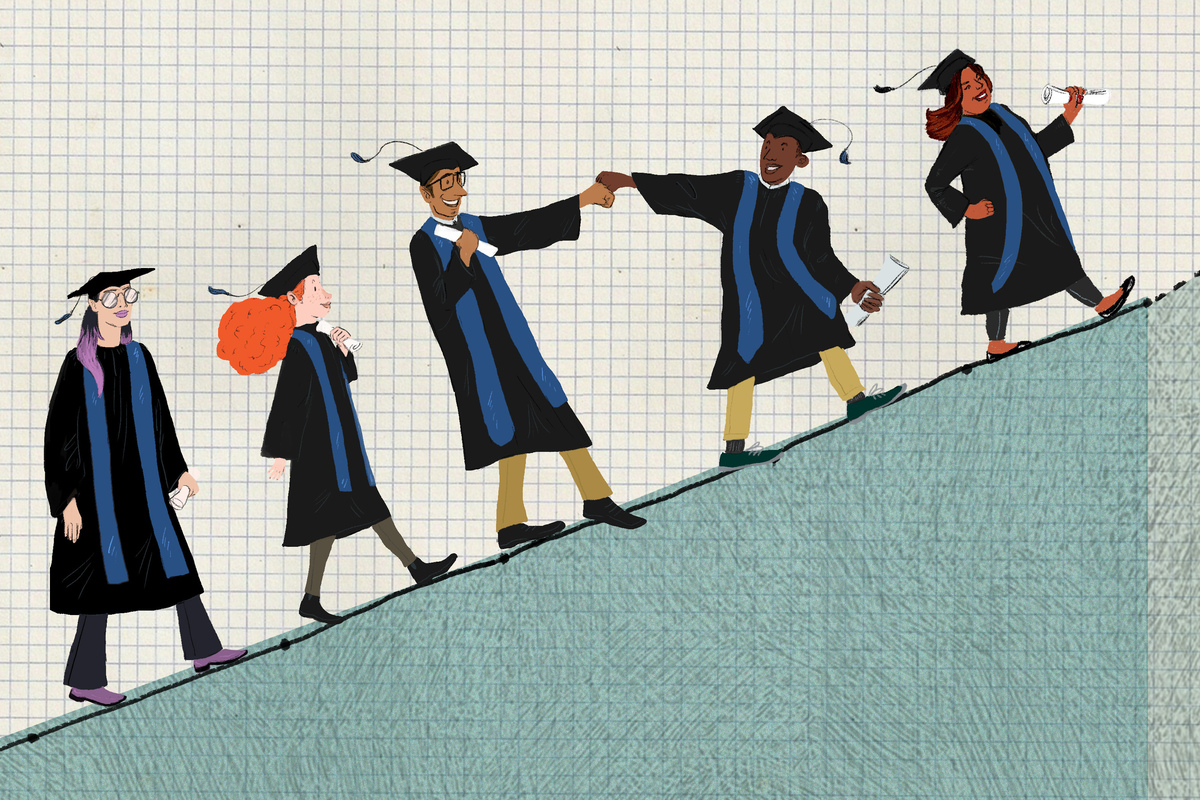 Once again this year, President Obama hailed the nation's high school graduation rate as it reached another record high — a whopping 83 percent.

"When I took office almost eight years ago, we knew that our education system was falling short," he said at a Washington, D.C., high school in October. "I said, by 2020 I want us to be No. 1 across the board, so we got to work making real changes to improve the chances for all of our young people. ... And the good news is that we've made real progress."

High school graduation rates in the nation's capital, he noted, have grown faster than anywhere else in the country, from 53 percent to 69 percent.

But as we've reported over and over again, those numbers are deceiving. While some states are working hard to get kids a diploma, others have lowered their standards or turned to questionable quick fixes.

We've talked to a lot of experts on this. And from those conversations we've pulled seven things they say would improve how the graduation rate is tracked and reported — and that would actually measure student success.

"My view is that any calculation of rates should come with an asterisk. They should provide summary tables to the public to account for all the students who have left for each reason. Then the public could better understand where students are going." — Julian Vasquez Heilig, professor, California State University, Sacramento

"I'm struck by how much we know about people in sports and everything they do, and how little we know about kids. Obviously there's an uncomfortable intersection between our desire for clear data and questions of privacy and whose responsibility this all is." — John Gomperts, president and CEO, America's Promise Alliance, which publishes the Building a Grad Nation report

"The increased graduation rate is a welcome trend, and appears to be (in part) the result of 20 years of reform, including the testing, accountability and reading instruction reforms of the No Child Left Behind era. But juking the stats is a disgusting abdication of responsibility, and laughably easy credit recovery programs can be just as pernicious. If credit recovery and second chances are going to mean anything, they have to be about students actually learning the material required for a high school diploma." — Michael J. Petrilli, president, Thomas B. Fordham Institute

"No. 1, there needs to be greater collaboration between data systems at the K-12 level and at the postsecondary level. In Baltimore, yes, we looked at our grad rate, but for our young people who stayed in the state of Maryland, we looked at how long it took them to graduate from college." — Sonja Santelises, CEO of the Baltimore City Public Schools and a former senior vice president of K-12 policy and practice at The Education Trust

"For higher ed, we look at a six-year graduation rate, but for high school it's four. Massachusetts is among the leaders in looking at five- and six-year rates as well. Young people sometimes have to stop out to work or for other issues." — Gomperts

5. Look at more than just the grad rate

"I don't know how a district can move graduation rates in authentic ways and have that be the only data point." — Santelises

"Less obsession with just one number would probably be good." — Gomperts

"Emphasis on this one statistic masks variations that are quite important." — Russell Rumberger, professor of education, University of California, Santa Barbara

6. Coordinate with colleges to create a meaningful standard

"How do you make sure the grad rate is reflecting what increased opportunities kids should have as a result of graduating?" — Santelises

"What if what counted in a diploma in a state is what an institution of higher education in that state would recognize for admission?" — Gomperts

In Baltimore, "We had the heads of student support, school safety, school counselors — 30 people in a room with the numbers flashed on a screen every two weeks. There are faces that match each one of those data points. We're responsible for every single kid in the system." — Santelises

A version of this story was published on NPR Ed in June 2015.

An earlier version of this story had an outdated job description for Sonja Santelises. She is now the CEO of the Baltimore City Public Schools and no longer at The Education Trust.