Accessibility links
Obama's Impact On America's Schools : NPR Ed After eight years in office, his list of accomplishments is as long as it is controversial. 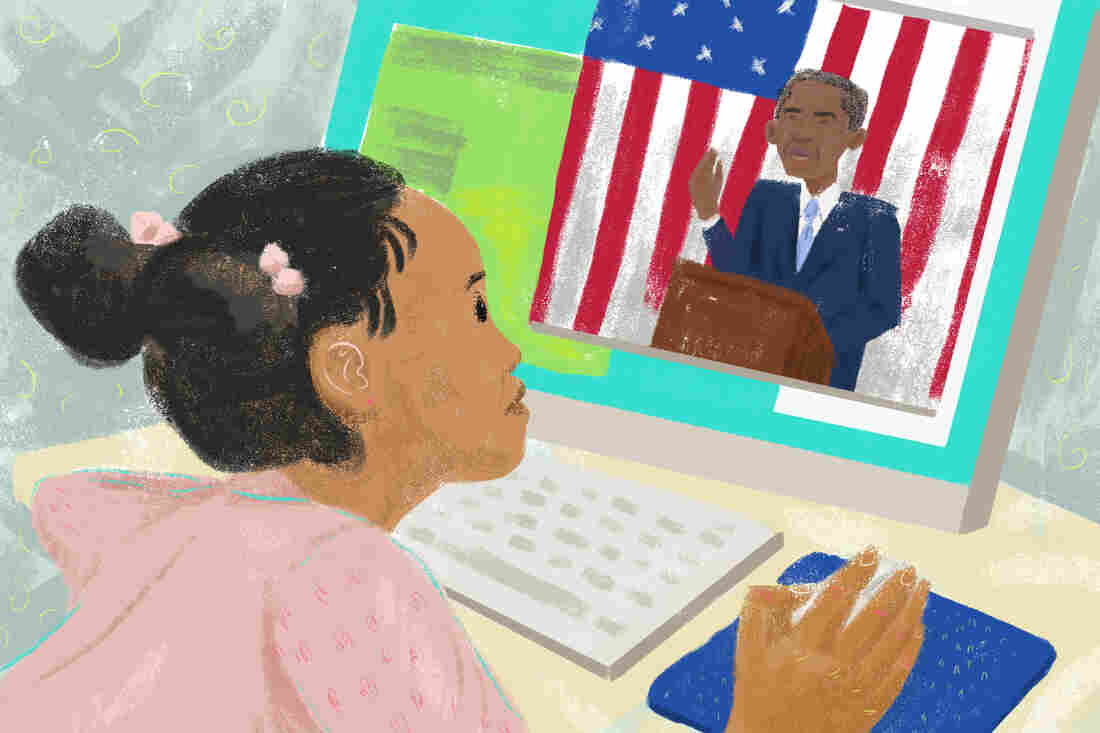 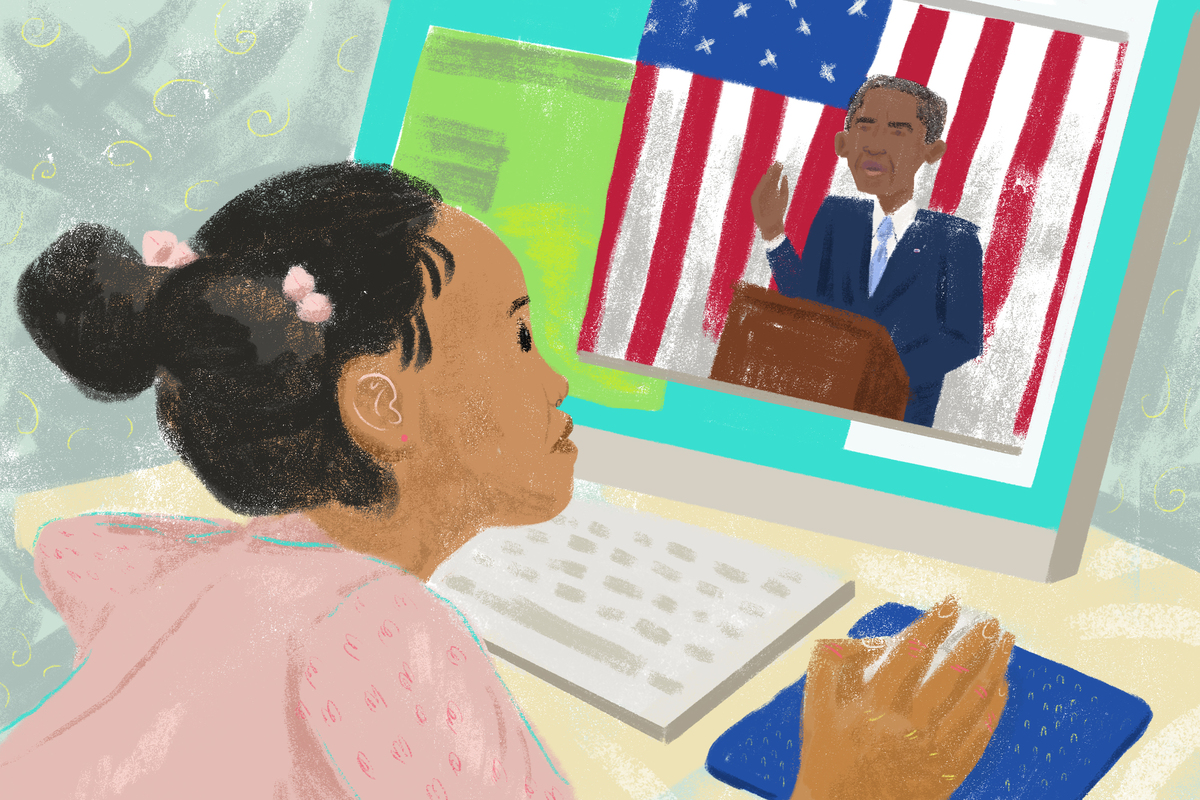 When President Obama took office in January 2009, the country was on edge, the economy in free-fall. The federal education law, known as No Child Left Behind, was also in need of an update after earning the ire of teachers, parents and politicians alike. In short, there was much to do.

In time, that update would come, but President Obama's education legacy begins, oddly enough, with his plan to bolster the faltering economy.

Race To The Top

In the summer of 2009, Obama and Education Secretary Arne Duncan announced that a small piece of the American Recovery and Reinvestment Act, aka The Stimulus, would be used to create a competitive, $4.35 billion grant program for states. They would call it Race To The Top.

The administration used the money to encourage — Obama's critics would say coerce — states to embrace its education policies, including charter schools, college and career-ready standards and evaluations of teachers using student test scores.

The money arrived as many states had been brought to their knees by the Great Recession. Governors and state education agencies didn't just want the extra money — they needed it, and agreed to big changes in hopes of winning it. While the grant program was voluntary, 46 states and the District of Columbia applied.

Race To The Top was a boon for the common standards movement and, specifically, for the controversial Common Core State Standards.

While the learning standards in English and math were not developed by the Obama administration, the Education Department made the adoption of new college and career-ready standards a key component of applying for the grant money. States didn't have to adopt, but they knew that doing so would help their cause. Obama didn't create the Core; he fast-tracked adoption.

His administration also used $350 million to bankroll two testing consortia, PARCC and Smarter Balanced, that would develop standardized tests aligned to these new standards. Initially, most states signed on to one or the other, but, after years of blowback from Common Core critics, the consortia have hemorrhaged members, with many states keeping the Core but choosing their own tests.

Today, the Common Core standards, or something very like them, are still used by the vast majority of states, though President-elect Donald Trump has made clear he'll do all he can to short-circuit the standards once and for all.

By 2011, it was clear that the key requirement of the No Child Left Behind law, that all children be proficient in reading and math by 2014, wasn't just unrealistic but impossible. So the Obama administration began offering states a way out — a reprieve from the law in the form of a waiver. In return, though, states were required to do several things, none more controversial than this: Evaluate teachers using student test scores.

The move infuriated many teachers and their union leaders and no doubt contributed to what would later become the "opt-out" movement. It also angered lawmakers on Capitol Hill who considered waivers an end-run around them.

When Congress finally reworked No Child Left Behind in late 2015, renaming it the Every Student Succeeds Act, lawmakers notably decided not to require that states evaluate teachers using student test scores.

President Obama talked early and often about the importance of high-quality preschool for all. He said this in his 2013 State of the Union Address:

"Study after study shows that the sooner a child begins learning, the better he or she does down the road. But today, fewer than 3 in 10 4-year-olds are enrolled in a high-quality preschool program. Most middle-class parents can't afford a few hundred bucks a week for a private preschool. And for poor kids who need help the most, this lack of access to preschool education can shadow them for the rest of their lives. So tonight, I propose working with states to make high-quality preschool available to every single child in America. That's something we should be able to do."

Obama even proposed a $75 billion plan to provide universal preschool to the nation's 4-year-olds, but congressional Republicans balked at his pitch to pay for it: a 94-cent tax increase on cigarettes.

Ultimately, as he did with Race To The Top, Obama used the promise of federal dollars to entice states to create or expand their pre-K offerings. In 2014, the administration's Preschool Development Grants spread more than $200 million across 18 states, expanding access to high-quality preschool to 33,000 children, according to the department.

The high school graduation rate hit an all-time high under President Obama, reaching 83.2 percent in 2014-15. In October 2016, when Obama announced this latest uptick, he used the moment to reflect:

"When I took office almost eight years ago, we knew that our education system was falling short. I said, by 2020 I want us to be No. 1 across the board, so we got to work making real changes to improve the chances for all of our young people. ... And the good news is that we've made real progress."

Now, it's difficult to say how much credit Obama deserves for that progress. Some, to be sure. But the NPR Ed Team has also reported extensively on state and district strategies to artificially boost their graduation rates, including this recent "black eye" for Alabama's department of education.

Obama drew national attention to the issue of "zero tolerance" discipline and argued that such policies disproportionately target black and Latino students for minor infractions like truancy, dress code violations and profanity.

He vowed to have his administration — the Education and Justice departments — crack down on states and districts that had gone too far.

It's unclear how much of an impact this had on school disciplinary policies across the country, but some advocates who've spent years calling for an overhaul of these policies at the state level credit the Obama administration for bringing lots of attention to the issue.

As we mentioned, by the time Obama took office, the federal education law known as No Child Left Behind had alienated just about everyone with a stake in America's schools. But few could agree on a fix and, even with Democrats in control of Congress early in his first term, Obama did not prioritize a rewrite. So the law stayed on the books until midway through his second term.

By then, a consensus had formed around a few big fixes:

1. Annual testing and breaking those results down into specific groups of students is important and should continue;

2. But the federal government should no longer be the grand arbiter of how to measure school success or remedy failure;

3. Because that job, along with the adoption of standards and evaluation of teachers belongs to states, period.

The ESSA is in many ways a repudiation of NCLB's unrealistic expectations and heavy-handed tactics. Though some civil rights groups worry that the new law devolves too much responsibility back to states who, in the past, have sometimes failed to protect the interests of their most vulnerable students.

Soaring college costs and student debt were two major concerns for President Obama when he took office. During his tenure, the total amount of outstanding student loan debt for the first time exceeded a trillion dollars, prompting the National Association of Consumer Bankruptcy Attorneys to issue a warning: A "student debt bomb" was on the horizon.

Instead of having to deal with private lenders and banks, borrowers and schools now deal with only one — Uncle Sam. The administration argued that by removing private lenders, the program would save over $60 billion that could be put back into more loans and grants.

In 2013 Obama floated another controversial proposal, a federal "rating" system designed to help students and parents compare colleges based on cost, financial aid and academic quality. Colleges would be required to disclose in a more user-friendly way things like student default rates, dropout rates, graduation rates. For the first time, institutions would also have to disclose their students' earnings after graduation.

Despite the pressure to hold higher ed more accountable for the hundreds of billions of dollars colleges get in federal funds, private and public institutions lobbied successfully to kill the rating system idea, saying that it was based on the wrong metrics and therefore would result in "unfair comparisons."

While the rating idea didn't fly, the administration compromised by creating a "scorecard" that provides a wealth of data on colleges and costs, leaving students and parents to make their own comparisons.

Obama came into office at a time of mounting concern over some for-profit colleges and whether they were giving students their money's worth. The administration worked with Democrats in Congress to create a plan that for the first time tied federal aid to something called "gainful employment."

The idea is, if you're going to pay an arm and a leg for a college degree, it should at least guarantee you a job with a living wage. Eventually this led to a crackdown on for-profit colleges that were taking federal aid but too often saddling students with enormous debt and worthless degrees.

In the end, President Obama's efforts to expand access, lower college costs and introduce consumer-friendly reforms to higher education were overshadowed by a growing perception among many Americans that, for all its promise of upward mobility and opportunity, higher education is becoming too expensive and detached from the real world of work and good jobs.