Accessibility links
Under Betsy DeVos, Here's How School Choice Might Work : NPR Ed "Tax credit scholarships" are a twist on vouchers. Florida's program is one of the largest in the country, serving 92,000 students. 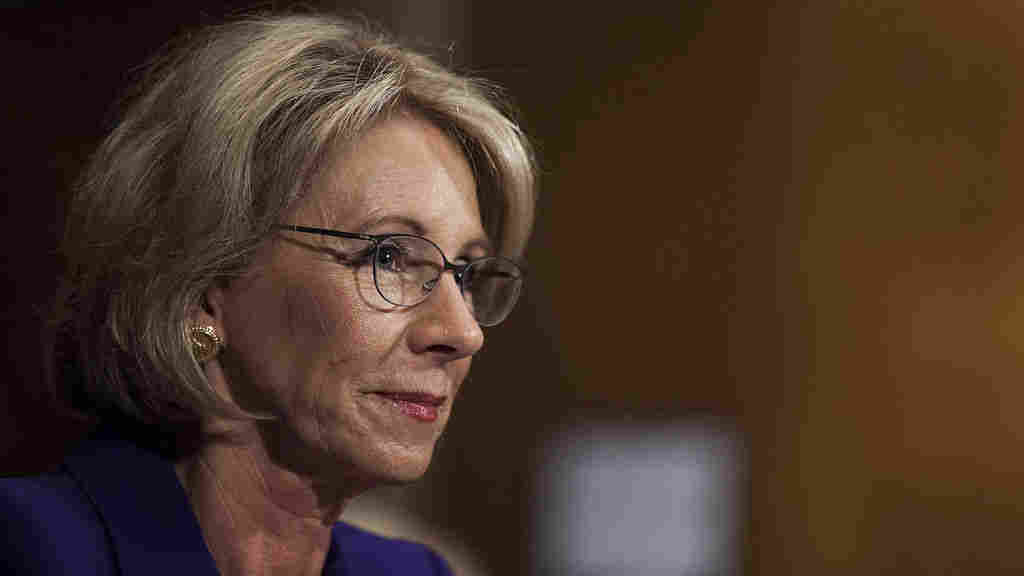 Despite the objections of Senate Democrats, teachers unions and others, school choice activist and billionaire Republican donor Betsy DeVos passed a committee vote to be secretary of education. The nomination now moves to the full Senate. Bloomberg/Getty Images hide caption 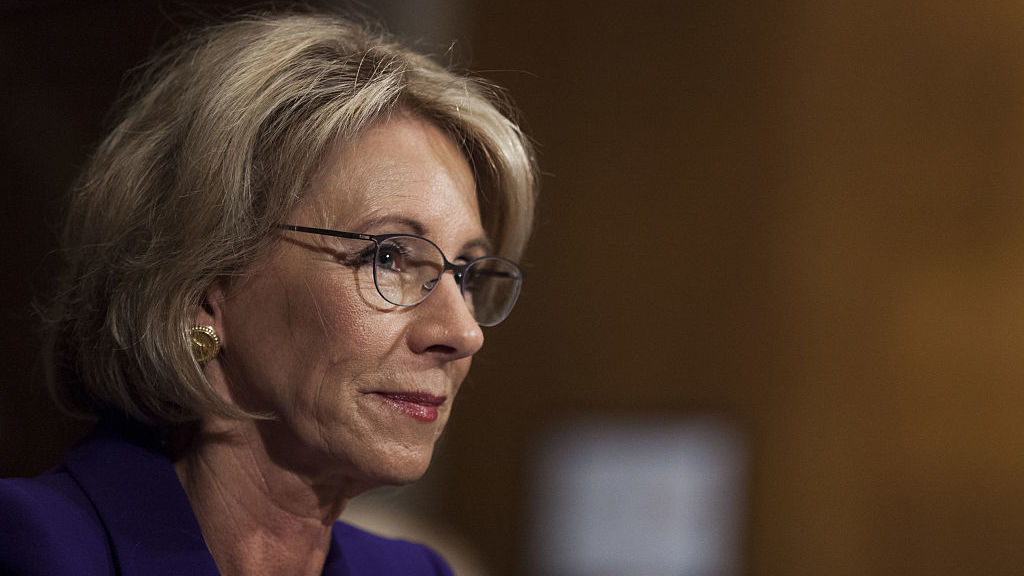 Despite the objections of Senate Democrats, teachers unions and others, school choice activist and billionaire Republican donor Betsy DeVos passed a committee vote to be secretary of education. The nomination now moves to the full Senate.

A key Senate committee voted Tuesday to approve the nomination of Betsy DeVos, a school choice activist and billionaire Republican donor, to be secretary of education, despite the fierce objections of Senate Democrats, teachers unions and others. There's much speculation as to exactly how she might carry out President Trump's stated priority of increasing school choice.

A significant clue comes from the American Federation for Children, the advocacy organization DeVos chaired until she was nominated. AFC supports both publicly funded charter schools and even more so, "private school choice" — publicly sponsored programs that give families money to spend on tuition at private schools.

Last fall, AFC issued a report ranking the existing private school choice programs. There are 50 of them, located in 25 states and Washington, D.C., by AFC's count. AFC included only those programs that explicitly allow students to attend religious schools. DeVos, whose family has long supported causes associated with the Christian religious right, has publicly called education reform a way to "advance God's kingdom."

5 Things To Look For In Betsy DeVos' Confirmation Hearing

The program that AFC ranked No. 1 in that report was Florida's tax credit scholarships. So it's a good one to take a closer look at if you want a model of how choice programs might work in a DeVos-run Education Department. It unites three broad concepts that DeVos is friendly toward: 1) Privatization 2) religious education and 3) a hands-off approach to accountability for private schools.

Most people are familiar with voucher programs, where state dollars go to pay for tuition at private schools. These programs have faced constitutional challenges in Florida and elsewhere, among other reasons, because they direct public money to religiously based organizations.

In a scholarship tax credit program, however, the money bypasses state coffers altogether. Corporations or individuals can offset state tax liability by donating to a private, nonprofit scholarship organization. The money from this fund is in turn awarded to families to pay for tuition at private schools.

The tax-credit structure is especially significant when considering what could happen under DeVos in the Trump administration, because it could be a way to promote school choice on a federal level without writing big checks. "There isn't that much money that is fungible from the federal education budget," points out Samuel Abrams, an expert in education policy at Teachers College, Columbia University.

The Florida program, created by the Legislature in 2001, has been popular. In the 2015-2016 school year, 92,000 students received scholarships, a 17 percent increase from the year before. The state's scholarship organization, Step Up for Students, announced that the recipients were overwhelmingly African-American and Hispanic, with incomes just above the poverty line. Over 70 percent of the scholarships are directed at religious, primarily Christian, schools.

AFC awarded high marks to Florida's program for its broad eligibility, reaching families with incomes of up to 200 percent of the federal poverty level; for the generosity of the tax break to donors, a dollar-for-dollar match with a cap that increases automatically each year; and for the large size of scholarships, nearly $6,000.

However, not everyone is a fan. The Florida Education Association, a statewide teachers union, sued to challenge the program in cooperation with the NAACP, the League of Women Voters and other groups. The suit was dismissed in the lower courts, which said the union and the other parties did not have standing to challenge it. This month, the Florida Supreme Court declined to hear the case.

The AFC awarded Florida's program 26 out of a possible 28 points for accountability. The private schools are required to administer a standardized test of some kind, though not necessarily the state test.