Accessibility links
Betsy DeVos Confirmed To Lead Education Department As Democratic Effort To Block Her Fails : NPR Ed The most controversial Cabinet pick in recent memory squeaks through with some help from Vice President Pence. Here are some implications for higher education, school choice and more. 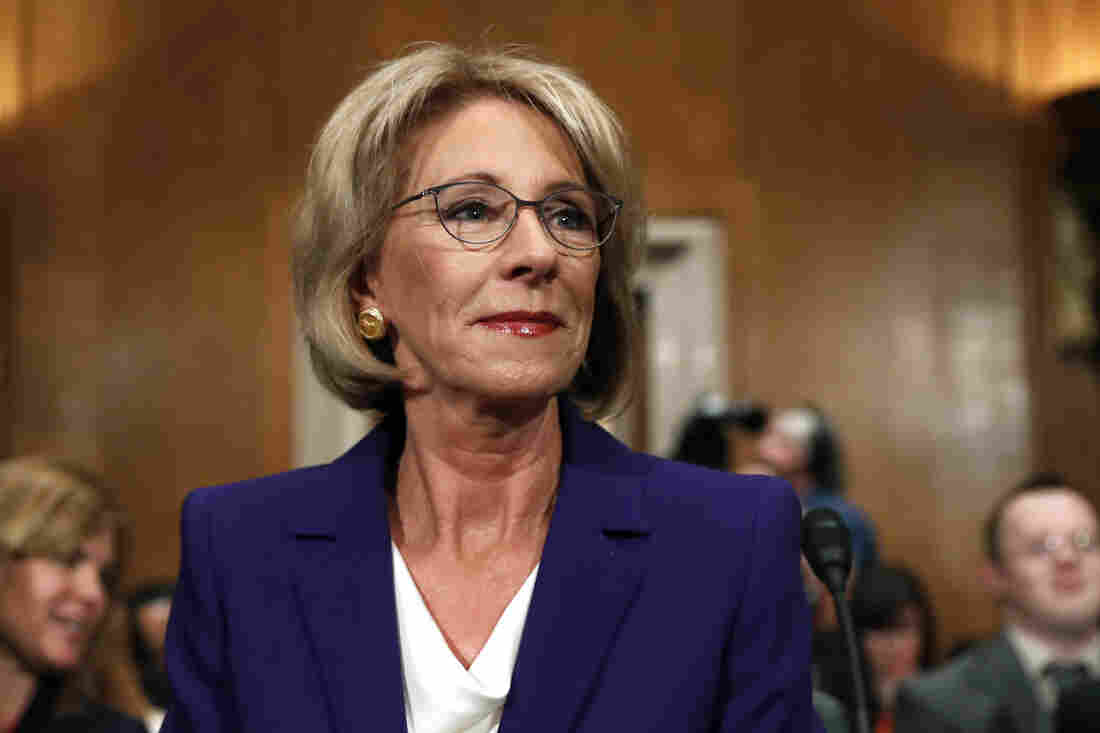 Education Secretary Betsy DeVos is one of the most controversial Cabinet picks in recent memory. Carolyn Kaster/AP hide caption 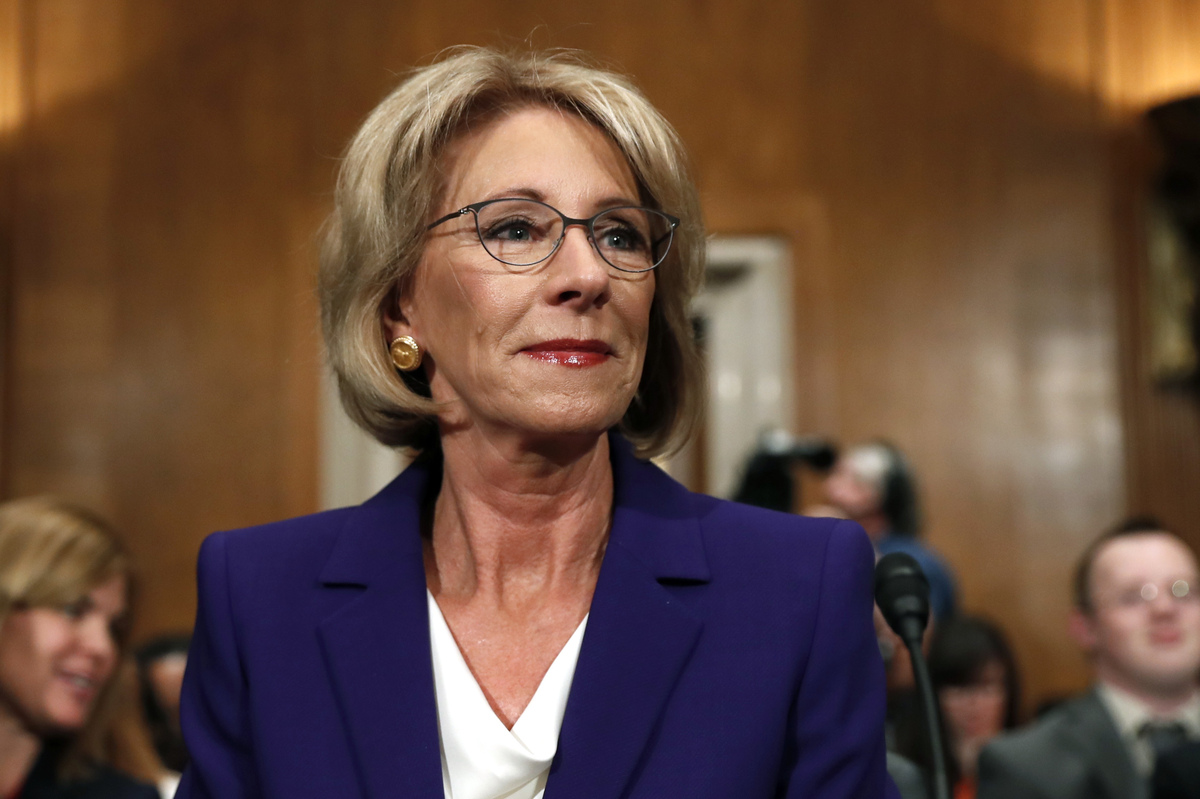 Education Secretary Betsy DeVos is one of the most controversial Cabinet picks in recent memory.

The 59-year-old philanthropist and activist from Michigan takes over the leadership and management of a federal bureaucracy with 4,400 employees and a $68 billion annual budget.

Now, the question is: How much will actually change for the nation's 50 million public school students and 20 million college students?

Perhaps her opponents should take a deep breath. The federal role in education policy is limited. Less than 10 percent of funding for K-12 schools comes from the feds, for example.

That said, here's what we'll be watching in the coming weeks and months.

On the higher ed side

The Higher Education Act is up for reauthorization. Three issues that may come up early in a DeVos Education Department: the role of for-profits, college costs and enforcement of Title IX (which governs sex discrimination, including sexual assault cases).

Regular readers of our NPR Ed blog know that the main K-12 education law was reauthorized last year as the Every Student Succeeds Act, ESSA, which covers annual testing, among other things. The new law gave more authority to the states, at the expense of the federal government, to identify and remedy failing schools.

The Trump administration has already paused the process of ESSA implementation. Republicans in Congress have moved to use a little-known law called the Congressional Review Act to throw out the new accountability rules altogether. That leaves states in a situation that some Democrats and advocates have dubbed "chaos and delay." Other groups, including the National Governors Association, have said they welcome having still more authority at the state level.

Some civil rights advocates have raised concerns that, in the absence of a strong federal hand, some states will be less vigilant than others in identifying and correcting historic educational inequities of race and class.

DeVos' responses to Sen. Patty Murray, D-Wash., in her controversial written questionnaire, indicate that she comes down on the side of states' rights: "It is necessary and critical for states to have flexibility to determine how to identify and improve schools."

DeVos' department may take a leaf from Arne Duncan's book and set up a competitive grant program that encourages states to expand school choice. If so, we'll likely be hearing more about the benefits of private, virtual, religious and for-profit schools.

The school reforms DeVos backed in Michigan have favored for-profit charter school operators. And her husband previously held financial stakes in the for-profit and online K12 Inc., whose numbers she (erroneously) cited in defending virtual schools in her written answers to the Senate.

The organization she chaired, the American Federation for Children, favors both vouchers and a device called "tax credit scholarships," which allows companies to offset tax liability by funding students to attend private schools. In Florida, which the AFC has called out as a model program, 70 percent of these scholarships go to religiously affiliated schools.