Accessibility links
Beyond Sex Ed: How To Talk To Teens About Love : NPR Ed One school counselor's take on how to help teens get past the pop culture myths.

Beyond Sex Ed: How To Talk To Teens About Love

Beyond Sex Ed: How To Talk To Teens About Love 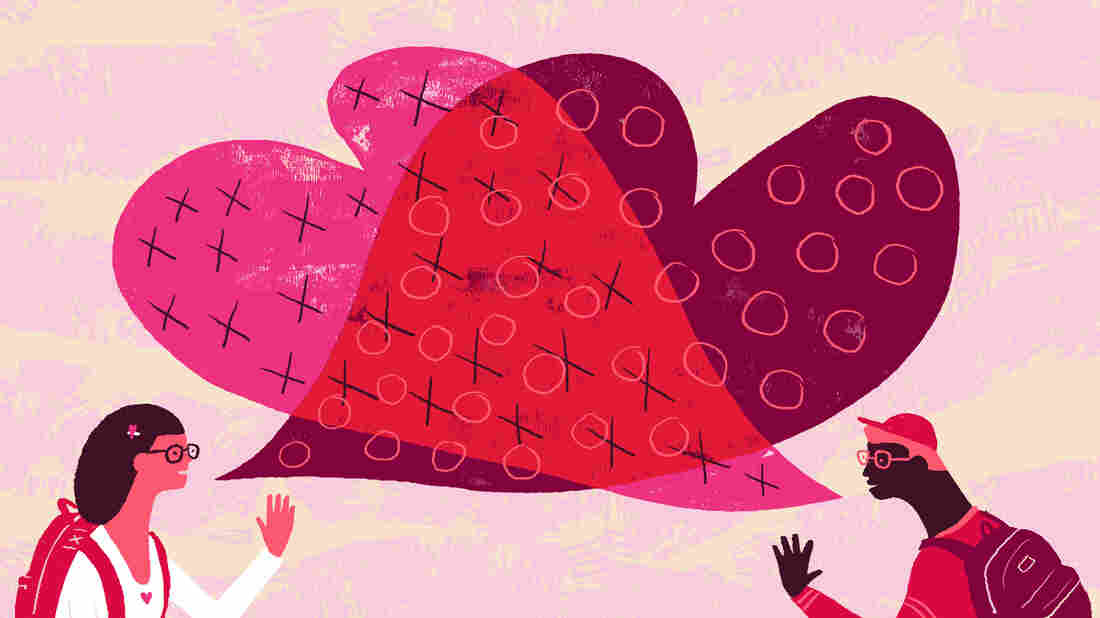 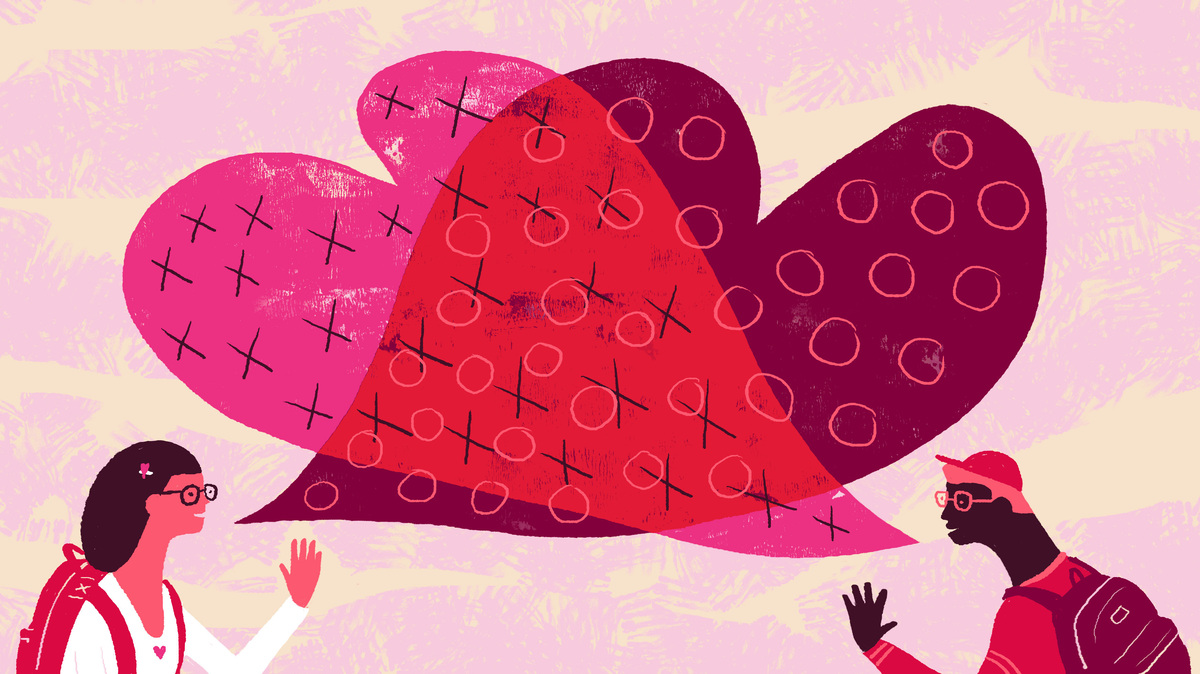 Love — or infatuation, at least — is part of school, whether we want it to be or not. It's often school that gives us our first crush, our first dance-induced cold sweat, and that first bitter taste of heartbreak.

And so, on this Valentine's Day we ask: Should educators and parents be talking about love more with the teens and pre-teens in their lives? Could they do more to help students navigate some of the more bewildering emotions of adolescence?

For answers, we turn to Phyllis Fagell. She is a school counselor in Washington, D.C., a licensed clinical professional counselor and the mother of two teenagers (and an elementary-schooler). Below is an edited version of our conversation.

Is love really something kids want to talk about?

What I have found in my years as a school counselor is that kids very, very rarely ask me questions about birth control or the mechanics of sex. What they ask me are relationship questions.

They want to talk about why their parents divorced or how they can tell if a boy likes them or if they should break up with someone because they think that person is going to break up with them. It's those relationship questions that they're interested in.

But when you look at the sex ed curriculum in most schools, it's really grounded in issues related to disaster prevention — like preventing STDs or abstinence or consent. It's not geared in the same way toward teaching kids the nuanced and complex skills they need to have a relationship — and that, if they choose to enter a relationship, it could end up being one of the most important parts of their life.

If it's not being talked about in school, where are kids and teens getting ideas about love and relationships?

For the most part, we're relegating the information that teens get to the outside world, to media, and I think the portrayal of love in the media is inaccurate. It really glorifies young love. It doesn't delve into what it's like to have a mature relationship.

When I was growing up, I watched John Cusack movies, and I had this idea, just like in Sixteen Candles, that when the girl finds love she's going to ride off into the sunset with a handsome older guy, even if she might not know his name. I think there's still this idea in the media — in movies, in TV shows, in popular culture — of this instantaneous, instant-gratification moment of love, as opposed to that slow building that it takes to create a lasting relationship.

But this isn't something that can or should only be talked about in school, right?

Part of the issue is that parents are not talking about this at home, either. I think if a parent has been divorced, if a parent married their first love, if a parent has had a series of failed relationships, they might think that they have nothing to offer their child, and so they choose to avoid the topic altogether. But they have wisdom — whether it's about the mistakes they've made or the good choices they've made — that they can share with their child.

And parents don't have to go into the really personal with their child. They can also look to the media when they notice an inaccurate portrayal of love — whether it's on a TV show or a movie. They can talk about how they see that relationship on TV and how they see it as not accurately portraying what real life relationships look like.

So it doesn't always have to be these happy endings, riding-off-into-the-sunset moments that they hear about?

It shouldn't be. There are huge fall-outs from failed romantic relationships — both emotionally and, later on, maybe financially. It's not just the positive but the negative as well.

Kids should be introduced to the idea that it might take some time to find the right person. There might be some ups and downs along the way, and there are a lot of ways to have a happy family — not leaving out single moms or divorced couples. This isn't just about how happily-coupled people can teach their children about love. It's really about how everybody's journey will be different.

What about a younger child who isn't necessarily old enough for a romantic relationship? Is there a way you could ease into the topic?

The basics, like how to choose a friend. The same skills that kids would use to choose a friend — whether it's generosity or kindness or loyalty or empathy — those are the same traits they're going to be looking for later in a relationship. So parents can help guide kids, and they can lead that discussion at home.

What role can schools play in this discussion?

I think that if we can rally public schools to join this cause, we will do kids such a big service. I think they can incorporate these concepts into the sex ed curriculum beyond what they're doing at this time. They can have advanced sex ed classes, or provide boys and girls groups — either with an administrator or a teacher — to talk about romantic relationships and respect and all of these things that are important that would not typically get covered in your basic wellness class.

I also think teachers can use literature and history, they can talk about it in any other part of the curriculum that provides that natural segue. They can talk about media literacy — in terms of how relationships are portrayed, how love is portrayed.

We should use all the tools we've got. We spend all this time teaching kids about work, but work and love are equally important.

Some educators might think, 'This seems like a tough topic with a lot of taboos, I don't really know if it's appropriate to talk about in school. Maybe I should just avoid it altogether.' What would you say to that?

It is a complex topic, and there is a lot of subtlety involved. But I don't think the answer is to avoid it. Kids are smart. These are questions they have on their minds. These are the things they're interested in. We need to honor their intelligence. We need to talk about everything beyond safety.

There are so many ways we can do that without it being really fraught. In a school, the teacher's not going to delve into their personal life — of course not. Everybody's family has their own values, their own rules, their own way of addressing love at home, so it shouldn't be about telling kids what they should value.

Love comes in many different forms, but there are some basic tenets of relationships that you can convey that are not controversial.