Accessibility links
When School Suspensions Plunge, Is That A Good Thing? : NPR Ed A controversial new paper suggests schools in New York City are less safe now that fewer students are being suspended.

School Suspensions Have Plunged: We Don't Yet Know If That's Good News

School Suspensions Have Plunged: We Don't Yet Know If That's Good News 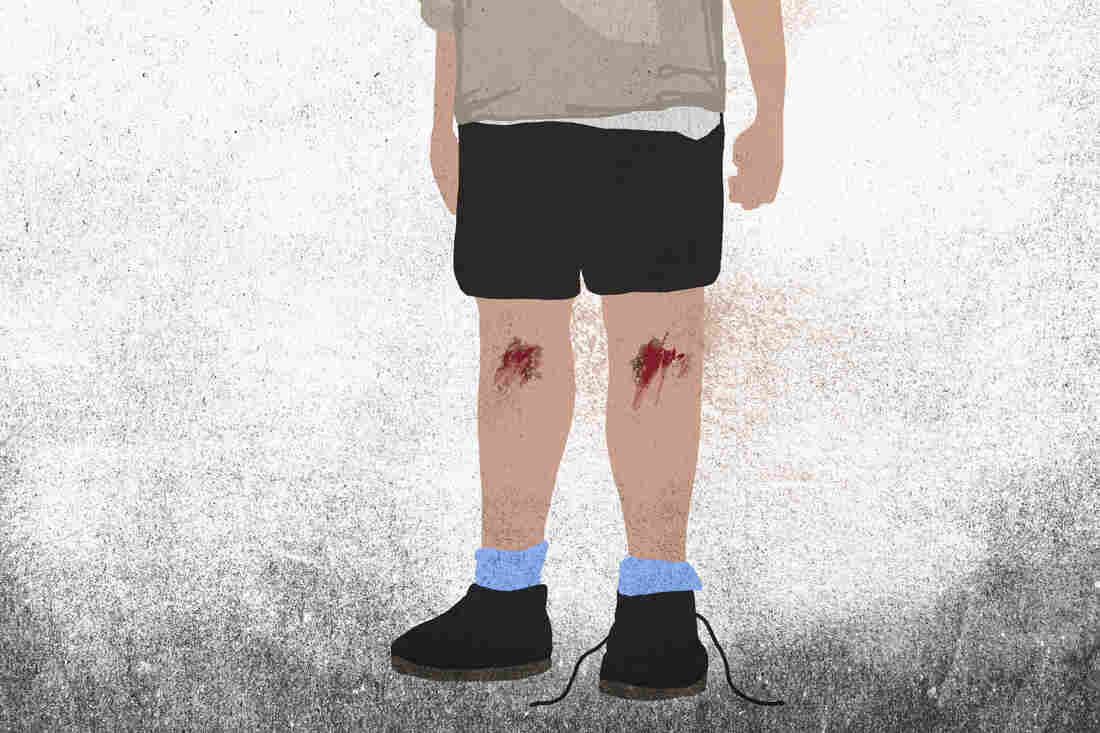 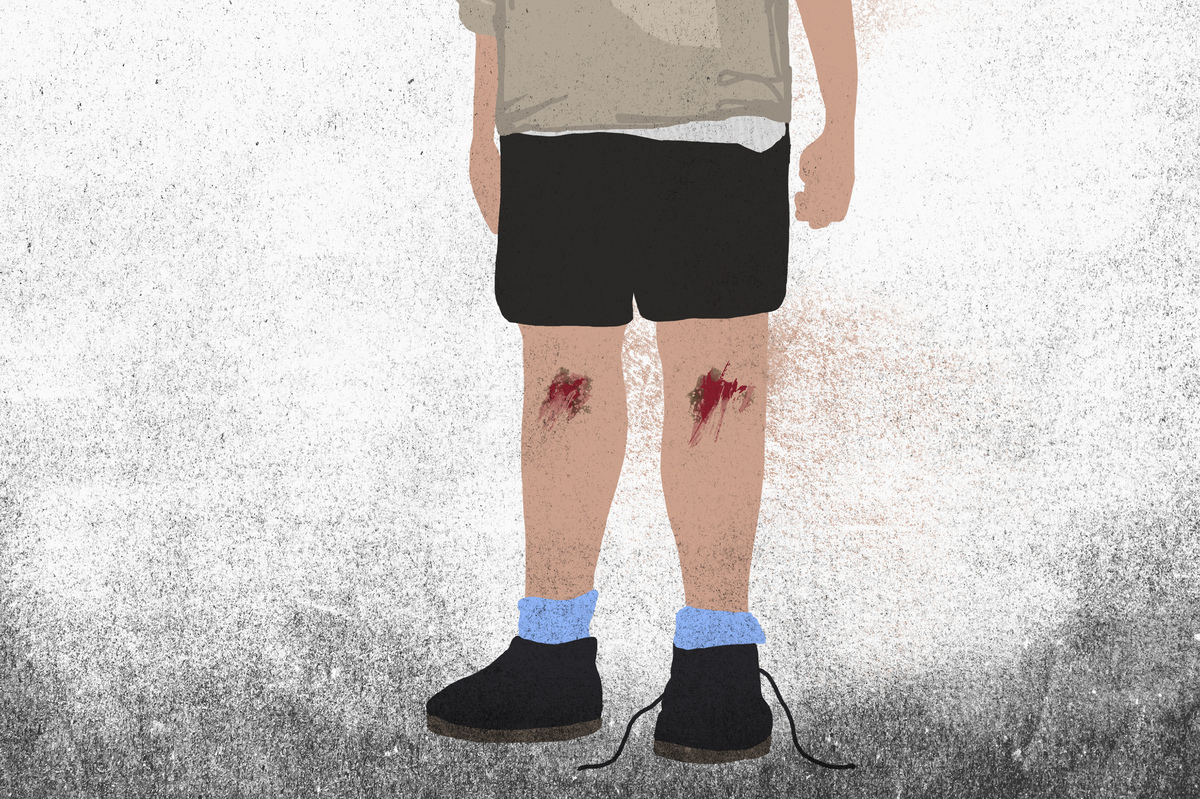 We are in the midst of a quiet revolution in school discipline.

In the past five years, 27 states have revised their laws with the intention of reducing suspensions and expulsions. And, more than 50 of America's largest school districts have also reformed their discipline policies — changes which collectively affect more than 6.35 million students.

A new paper from Max Eden, a senior fellow at the conservative-leaning Manhattan Institute, argues that this is all too much, too soon. In New York City, for example, suspensions have fallen by half since 2011.

Eden's read of the available evidence argues that school climate in the city, on the whole, has gotten worse. "Without making the case that we need to start suspending more students," Eden tells NPR Ed, "the point is that, wow, we really haven't looked into this. We don't know what's going on."

The pressure to stop putting so many students out of class came largely from new data showing blacks and Hispanics are far more likely to be suspended and expelled from school. Students who are suspended are, in turn, far more likely to drop out of high school. And, as police officers have come to be employed directly in schools to enforce "zero-tolerance" discipline, incidents more often result in arrests and even criminal charges, a connection that has become known as the "school-to-prison pipeline."

Neil Gorsuch, the Supreme Court nominee now in hearings, has ruled in at least two such cases, one involving a 9-year-old whose arm was intentionally twisted when he was put in handcuffs, and another a middle schooler arrested for burping in class.

The data has prompted more widespread legal action as well. In 2014, the U.S. Education Department's Office of Civil Rights warned school districts around the country that any discipline policy that has a disparate impact by race, even if it is neutral on its face, can be found to be in violation of the law.

OCR investigated several school districts over discipline policies. Two of them, Oakland and Oklahoma City, agreed in legal settlements to reduce suspensions. Other cities where suspensions have been limited include Los Angeles, Chicago and St. Paul, Minn.

If a disruptive student can't be removed from class, what should be done instead? The prevailing alternative is a set of practices known as "restorative justice." The philosophy behind it could be summed up as: "The kids who are misbehaving are also members of the school community," says Kelly Welch, a criminologist who studies the topic at Villanova University.

"Something's going on with them that we can't punish away, or we're going to be seeing them again, either in the principal's office or criminal justice system," Welch adds.

Students who offend or come into conflicts may be asked to sit in "circles" where they apologize for what they've done, make restitution, go through peer mediation, or perform community service. Teachers may also apologize for their part in a conflict.

What If Every High School Had A 'Justice Program' Instead Of A Cop?

"If I say, 'Hey Anya, f*** off!' " explains Eden, "Or if I just do something that irks you, you have to wait til the third time to suspend me." Studies show bias can especially come into play when teachers face this kind of student behavior, as opposed to offenses like stealing, damaging property or violence, which are less open to interpretation.

"There is discretion in those situations, and sometimes teachers or principals will look the other way and other times they follow through," says Welch.

Mayor Bill de Blasio went further, requiring principals to seek written permission from the district's discipline office whenever they suspended students for any low-level offense. He also provided $1.2 million to train teachers in restorative justice techniques. Under both mayors, suspensions dropped, from 69,643 in the 2011–12 school year to 37,647 in 2015–16. (This is after suspensions had increased dramatically in the previous decade.)

For his research, Eden looked at teachers' and students' responses to the city's annual school climate survey. Across more than 900 schools, he found that in the Bloomberg years there were few changes in student answers to questions about drugs, violence and gang activity. This could be interpreted as a "win-win" — suspensions dropped significantly and schools felt no less safe as a result.

By contrast, in other teacher surveys Eden cites from around the country, from Denver to Baton Rouge to Syracuse, N.Y., large majorities have reported a lack of school safety, order and respect after similar discipline reforms.

New York City responded by noting that the discipline policies are working as designed: to lower suspensions and arrests.

"Crime in schools is at an all-time low as suspensions and school-based arrests and summonses are continuing to decline," Freddi Goldstein, de Blasio's deputy press secretary, told the New York Daily News in response to Eden's report. "Research shows that overly punitive disciplinary practices are not effective and our investments in mental health and school climate programs ensure students are provided with a safe and supportive learning environment."

Eden himself acknowledges this paper raises more questions than it answers. For example, we don't know whether school surveys are a valid measure of actual school climate. The survey responses aren't cross-referenced with other measures such as student achievement, attendance or behavioral incident reports, which might help clarify that point.

Villanova's Kelly Welch calls the paper as a whole "hugely problematic." She acknowledges that the degree to which teachers and students subjectively feel safe and happy at school is an important indicator in itself. But, she says, "to say that perception equates with reality is really wrong."

Perhaps, she adds, students in schools practicing restorative justice become more aware of fights, for example, because they are asked to discuss every incident in detail in a large group. "That's plausible," agrees Eden.

The study also doesn't tell us whether the schools that did see an improvement in school climate were doing a better job implementing restorative justice policies.

And because these policies are still new, a major point we still don't know is whether students who escape suspension under new discipline policies will eventually end up better off. Can restorative justice work to keep kids in school, help them graduate and go on to better lives? Or, as critics argue, will the same adverse social and emotional factors that cause students to act up also drive them out of school eventually, regardless of the consequences the school puts in place?

"The rigorous academic research on this, I think, is sorely lacking and will remain sorely lacking," says Eden, pointing out that it would be unethical to randomly assign students to be suspended or not be suspended for the same offense.