Accessibility links
Under Trump Budget, Nearly 2 Million Kids May Lose After-School Care : NPR Ed The Trump administration says there's no evidence the program works, but supporters say that thinking is misguided. Some even call it a "godsend." 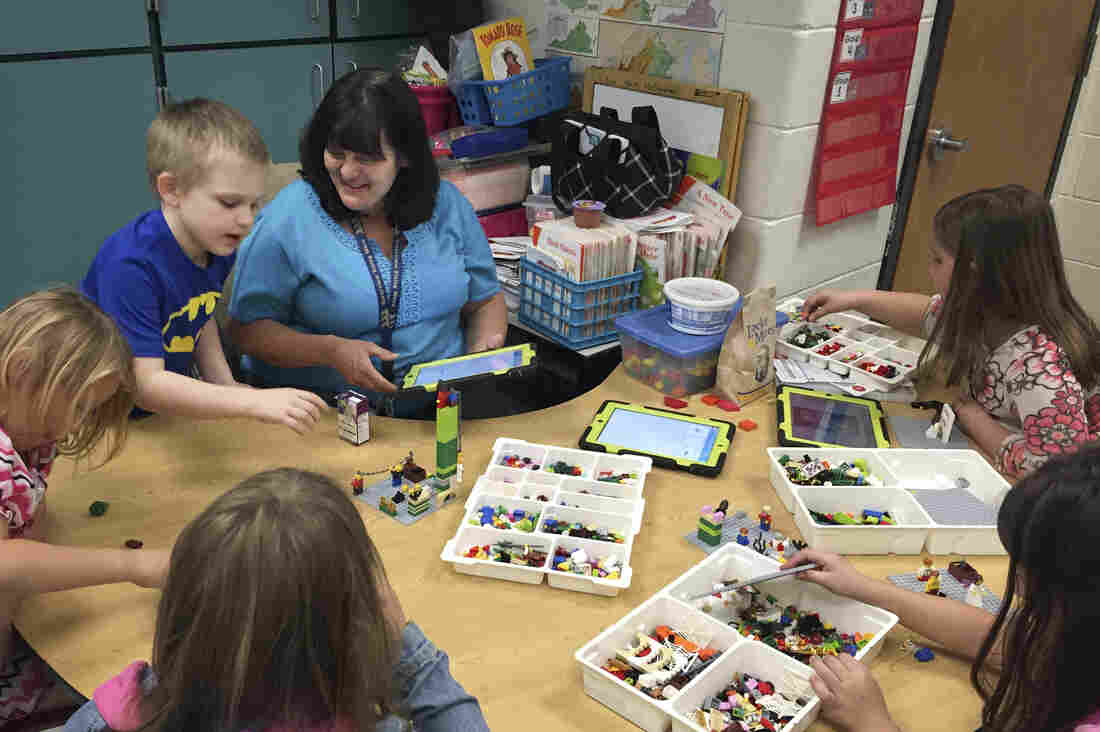 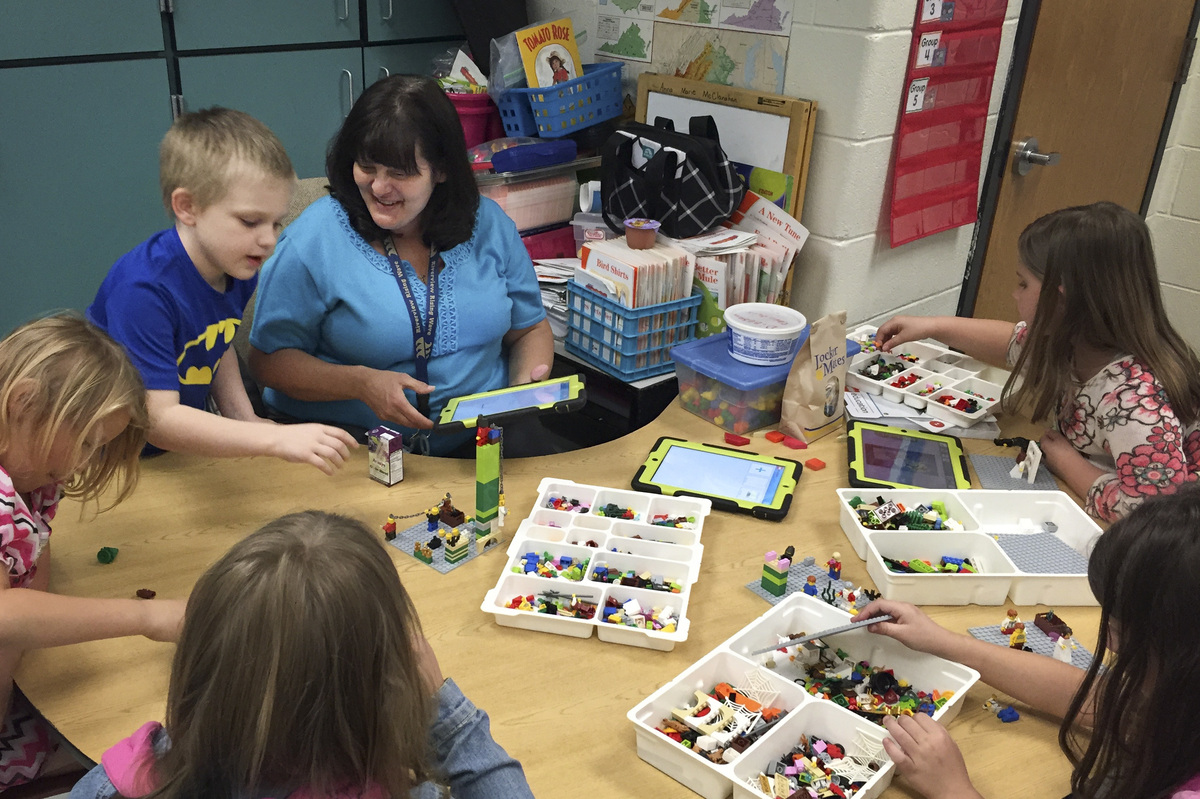 Mary Beth Burkes lives in Buchanan County, Va., a depressed coal-mining region where 1 in 4 families lives in poverty and where her autistic son gets extra help in the after-school program at his school.

Burkes says the program has been a godsend for her and other parents, because they know their children are in a safe place after school. "Their parents work," she says. "There is no day care in this area."

But in his budget for next year, President Trump wants to eliminate this nationwide after-school program for low-income children, called 21st Century Community Learning Centers.

"When we took your money from you, to say, 'Look, we're going to go spend it on an after-school program,' the way we justified it was, 'These programs are going to help these kids do better in school and get better jobs.' And we can't prove that that's happening," he told reporters.

But participants like Mary Beth Burkes say, to them, the evidence is clear: Struggling kids are getting some much-needed help.

Burkes thinks the administration position is ill-informed. "They do not live in rural America and they don't live in the Appalachian mountains," she says.

At her son's school, Riverview, which is both an elementary and middle school, about 80 children a day attend the program, which serves 1.8 million students in high-poverty, low-performing schools around the country. 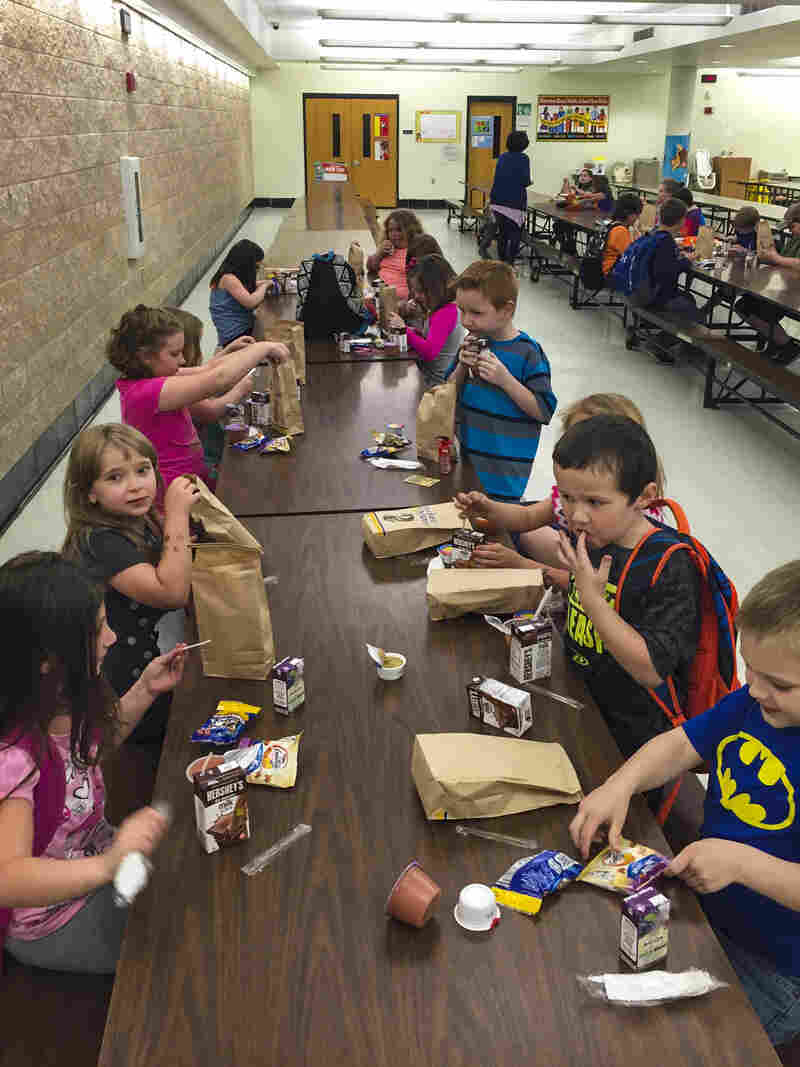 The kids in the after-school program get a healthy snack before they go to classes and other activities. Pam Fessler/NPR hide caption

Each day, the kids get a healthy snack, then an hour of help with subjects like English and math, and another hour doing something extra like cooking or robotics.

Teachers say the beauty of the program is that kids get to work with each other in small groups, doing things they might not otherwise get to do. Kay Ratliff, a teacher here, points to one boy, as he eagerly explains rational numbers to another child. She says the boy never talks in class during the day, but thrives after school.

"He has a little bit of a speech impediment and in front of his whole class, he's more self conscious, but he glows. And he learns so much more," she says.

Riverview's administrators say grades and attendance are also up for students in the program. The school is still waiting for standardized test scores but administrators think they'll be up, too.

But that's the big debate — how to measure the program's success. The U.S. Government Accountability Office last week said the evidence is mixed when it comes to improving test scores, and that there's more evidence it helps to improve attendance and other student behavior.

Opponents argue that the program is little more than government-funded child care.

"It's really not the responsibility of the federal government to manage after-school programs," says Lindsey Burke, director of education policy at the conservative Heritage Foundation. She says such activities should be handled by the private sector or nonprofit groups, although most of the programs are already jointly funded, in Riverview's case with the local Boys and Girls Club.

Burke also says one of the most extensive studies of the 21st Century program, in 2007, found no evidence that it improved students' academic achievement. "And there was no impact on homework outcomes for those students, and there was also some negative behavioral impacts as well," she adds.

"And those benefits includes things that contribute to academic achievement, and in school success, specific skills around math and literacy, and then things like better attitudes to school, and lower dropouts, better attendance," she says.

And supporters point to other benefits in communities where resources are especially tight. At Riverview, Amy Bowen says the after-school program allows her to work, because she couldn't afford to pay a babysitter $12 an hour. And she says it helps her two daughters with their homework, freeing up time for the family to be together after dinner.

Bowen also says her kids really like the program. When she recently showed up early to pick up her daughters, her youngest didn't want to leave. She was in the middle of creating a story using Legos and asked for just a little more time.

The Research Argument For NYC's Preschool Plan For 3-Year-Olds

Ready Or Not (For Kindergarten), Some Research Says, Enroll Anyway