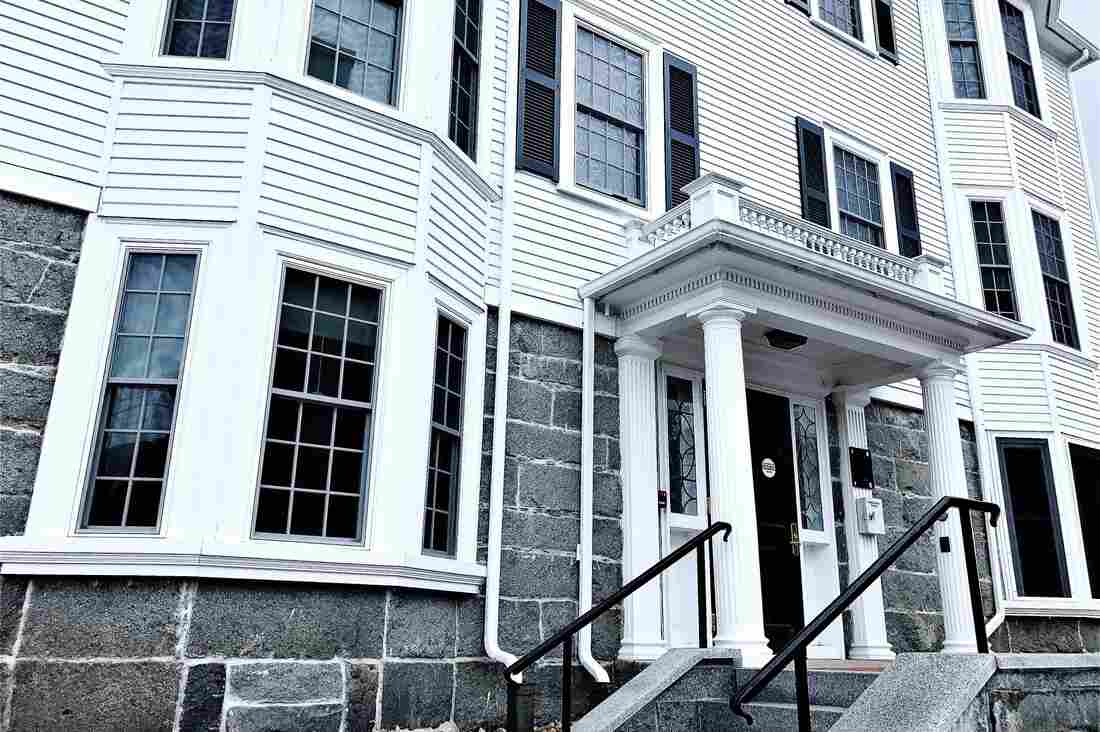 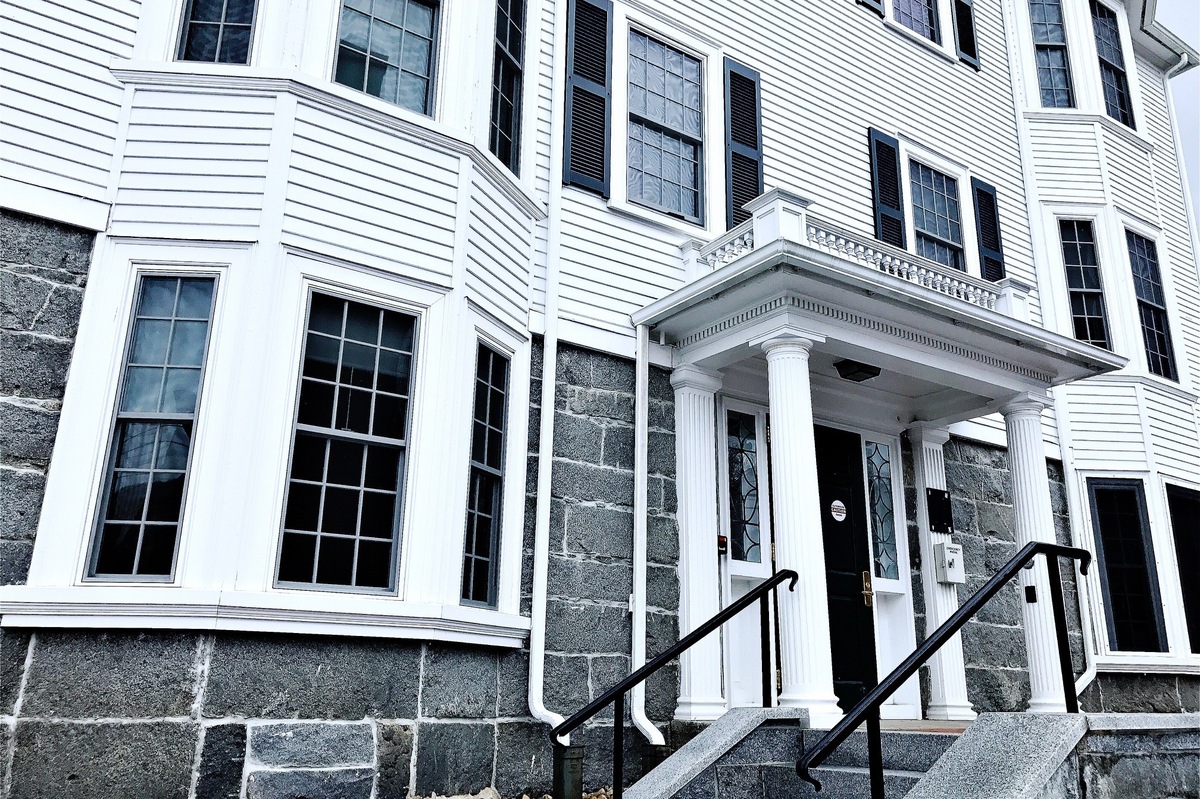 In the hills of southern New Hampshire, there's a stately old bell atop the Academy Building at Phillips Exeter.

With each toll, it signals passing periods between classes. The sound of the bell — much like the rest of the sprawling prep school's campus — evokes centuries of tradition. But next year, the school is trying something new.

It's all happening in an inconspicuous wood-framed building: Kirtland House. Right now, Kirtland House is a girls' dorm, but a sign on the first-floor bathroom hints at the future. It reads: "gender-inclusive restroom."

Starting in the fall, this building will become one of Exeter's new all-gender dorms.

Schools across the country are figuring out how best to accommodate transgender students. And now two of the nation's oldest and most prestigious private boarding schools — Phillips Exeter Academy and Phillips Academy Andover — are taking on the issue of student housing.

The schools will convert some boys' dorms and girls' dorms into gender-neutral housing, breaking a long-standing practice of offering their high-school students only single-sex dorms.

Alex Myers, an English teacher at Exeter, says the discussion began almost two years ago when he started talking with a group of about a dozen transgender and gender-non-conforming students, asking questions like: "What's been great? And what needs work?"

"Consistently, what came up as 'what needs work' was housing," says Myers. "If you don't understand yourself to be a girl or a boy, living in a space that's designated just for boys or just for girls feels really uncomfortable."

Myers says the students had a clear vision: They wanted a dorm that didn't have a gender designation. Now, both Exeter and Andover, in neighboring Massachusetts, have committed to doing just that.

In Exeter's all-gender dorms, each of the 20-or-so students will get their own room. The bathrooms will still be communal, but there will be a bit more privacy — including changing areas off each shower.

Myers says everyone's first question is: Do you really want to take hormonal teenagers and mix them all together?

But, he says, as in the other dorms, there will be a teacher living in the house to keep an eye on everything and, here, they'll lead discussions about gender norms.

Myers says he wishes he could have lived in a dorm like that when he was a student at Exeter more than 20 years ago.

He arrived on campus as a young girl from Maine, but by 12th grade, Alice had become Alex. Yet, he lived in his same girls' dorm. And while he found the school supportive, "there were people in the dorm who were rude, for want of a better term."

Myers was the first openly transgender student at Exeter and, for the past 21 years, the school has addressed housing issues on a case-by-case basis. The all-gender dorms are the first time the school has developed a housing policy to accommodate students who are transgender. There is an application process for any student who is interested and a channel for parental input.

While all-gender dorms may be appreciated by LGBT students and the straight students who have expressed interest, Myers acknowledges students in traditional dorms might miss out on getting to know those classmates. "That was something we talked about intensively: Are we kind of skimming off a population and taking diversity away from our dorms?"

Myers says the school decided that the very existence of gender-neutral dorms with carefully designed curriculum would serve as a model of how to openly address these issues.

John Palfrey is the head of school at Phillips Academy Andover. He says the dorms are consistent with the school's values.

"Our idea is to bring young people from all over the world, from all walks of life, from all backgrounds — and, frankly, from all gender and sexuality backgrounds. So I see this as entirely in keeping with our long tradition."

And, he says, there hasn't been any pushback. "The reaction to this announcement has been 100 percent positive."

Neither Andover nor Exeter would let students be interviewed about this topic. But Exeter did a survey, and Myers says nearly 90 percent of students who responded said they supported the new dorms.

For those who didn't, the reasons varied. Some said they liked the current system and didn't want it to change. Others said they don't think small groups should get special treatment.

And what about the alumni? By and large, they're excited.

"I am really glad the school is doing it," says John Foley, who graduated from Exeter in the 1960s. "I've found that sexuality is still not discussed very much. I think we just need to keep knocking those barriers down."

Liza Brecher, a more recent Exeter graduate, agrees. "I knew kids who got relentlessly hazed and bullied in their dorms. If they had had a safe place to go home to, that would have made all the difference."

"This is a very significant and positive step," says Exeter alum Chuck Goldberg. He remembers when — back in the '60s — gay students didn't feel comfortable coming out.

Now, he hopes the new dorms will make all students feel welcome.

In the audio of this story, as in a previous Web version, we incorrectly refer to Kirtland House as Kirkland House.

Previously posted on May 3: In the audio of this story, as in a previous Web version, we incorrectly refer to Phillips Academy Andover as Phillips Andover Academy.