Accessibility links
'13 Reasons Why' Highlights Teen Suicide Risk : NPR Ed As the Netflix series sparks a national discussion, new research shows 1 in 5 middle and high schoolers have thoughts of suicide, and offers suggestions for adults in fighting the problem. 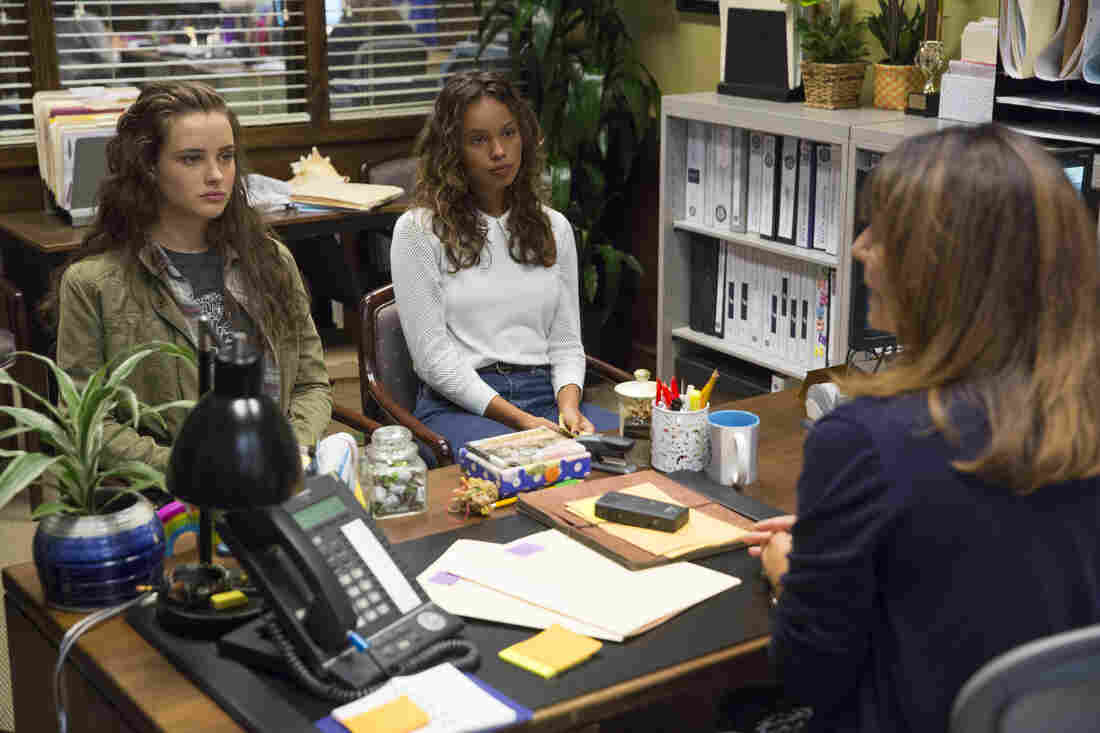 Actress Katherine Langford (left), who plays Hannah, a high school student who kills herself after enduring much bullying, and actress Alisha Boe (Jessica) sit in the counselor's office on 13 Reasons Why. Beth Dubber/Netflix hide caption 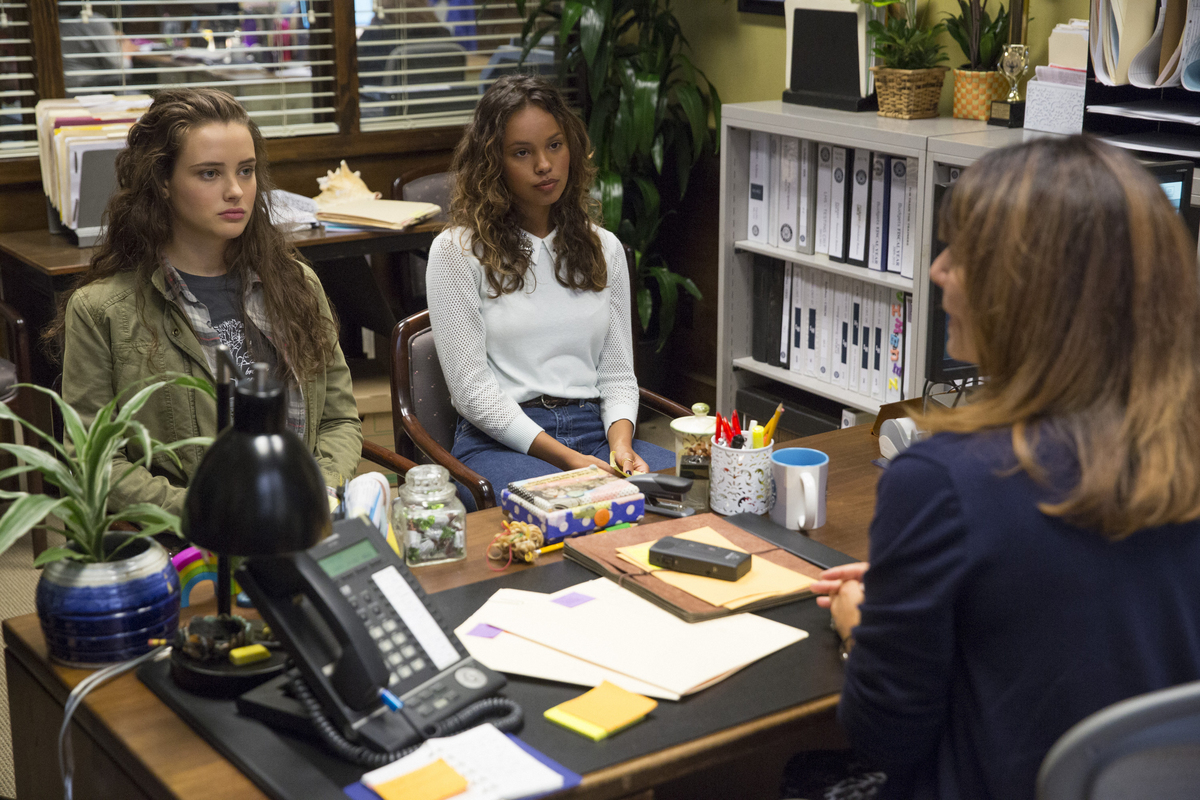 Actress Katherine Langford (left), who plays Hannah, a high school student who kills herself after enduring much bullying, and actress Alisha Boe (Jessica) sit in the counselor's office on 13 Reasons Why.

It was in a school in the South Bronx a few weeks ago that I first heard about the Netflix series 13 Reasons Why. The TV show, released at the end of March and based on a best-selling young adult novel, depicts a teenager who kills herself. She experiences sexual assault, cyberbullying and inadequate responses from adults, and she leaves messages for the classmates and others whom she holds responsible for her suicide.

Educators, parents and school counselors are raising the alarm that the show glamorizes risky behaviors and could even lead to copycat deaths. The National Association of School Psychologists released a warning statement, reading in part:

"We do not recommend that vulnerable youth, especially those who have any degree of suicidal ideation, watch this series. Its powerful storytelling may lead impressionable viewers to romanticize the choices made by the characters and/or develop revenge fantasies."

Following some of the criticism, Netflix has said it is adding an additional "viewer warning card" as a kind of trigger warning before the episode. Netflix representatives did not respond to NPR Ed's request for comment, but they told Variety:

"While many of our members find the show to be a valuable driver for starting important conversation with their families, we have also heard concern from those who feel the series should carry additional advisories."

Can television shows really pose a danger to youth? And how realistic is the depiction of mental health issues in the show? Ron Avi Astor at the University of Southern California has spent decades studying bullying, mental health and risky behaviors among youth. He just presented new research at the annual meeting of the American Educational Research Association alongside his close collaborator Rami Benbenishty from Bar-Ilan University in Israel. It gets directly at some of the issues raised by this TV show.

Since their presentation, Avi Astor says, "I must have had 20 people come up to me and ask me about 13 Reasons Why."

For their research, Avi Astor and Benbenishty analyzed responses to the California Healthy Kids survey, given at middle schools and high schools across the entire state of California.

Some of the questions this paper gets at are: Is suicide really such a big problem among teens? (Yes.) Is it really contagious? (It can be.) Can bullying really influence someone to commit suicide? (Absolutely.) And what can be done on the school level to lower risks? (Quite a lot.)

Here were their key takeaways:

This understanding may affect how, whether and with whom adults choose to respond to these issues, whether raised by a TV show or an actual incident. If you do an all-school assembly after a student suicide, says Avi Astor, it could "glorify" and "normalize" the behavior. This could actually be dangerous to the kids who are already thinking about these things.

"A kid who's not suicidal may see that and go, 'That's messed up.' The group that has tried it, they say, 'Yeah, that's how I want to make my statement.' "

His research also underlines the need for schools to energetically combat problems like bullying, gender-based or homophobic harassment and gang activity. "If someone is victimized, even something like pushing and shoving, they are more likely to have suicidal ideation," says Avi Astor. That has been proven to translate into suicide attempts. So improving school climate can actually save lives.

Katherine Cowan, the director of communications at the National Association of School Psychologists, agrees that looking at schoolwide factors is important in addressing student mental health.

"Kids spend an enormous amount of time in school and that environment needs to be welcoming, nurturing, safe," she says. "If schools aren't addressing factors like bullying and cyberbullying, that's a problem. And if students don't feel like there's at least one adult in the building that they can trust, that's a problem."