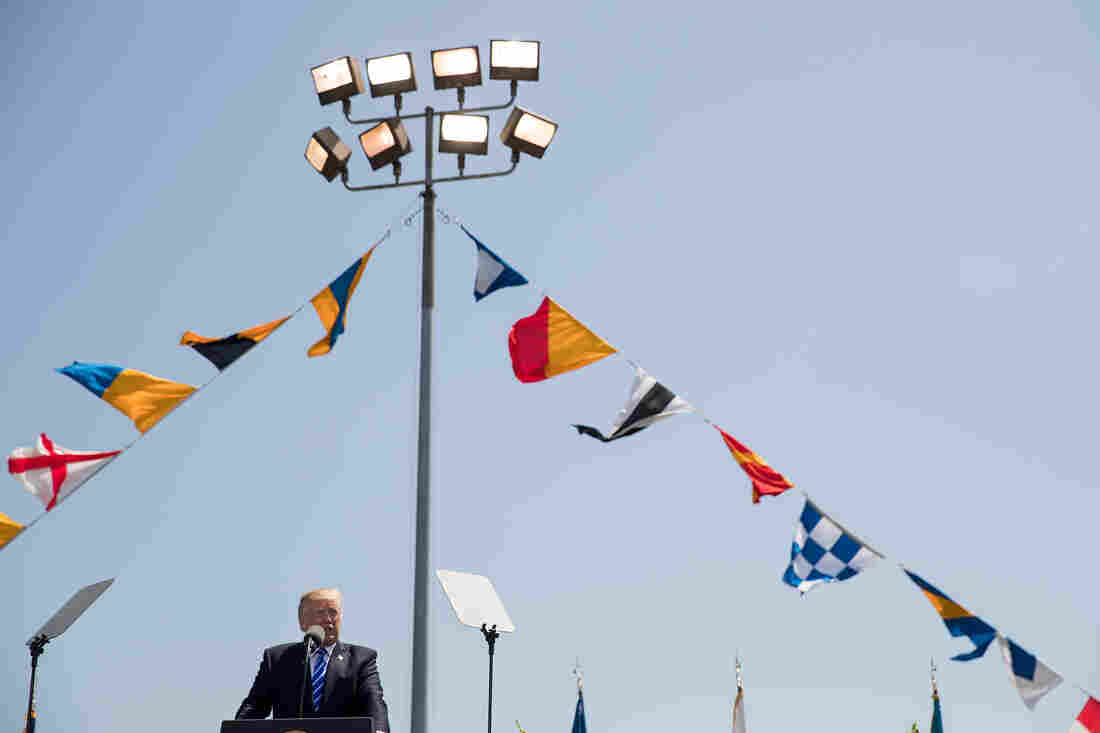 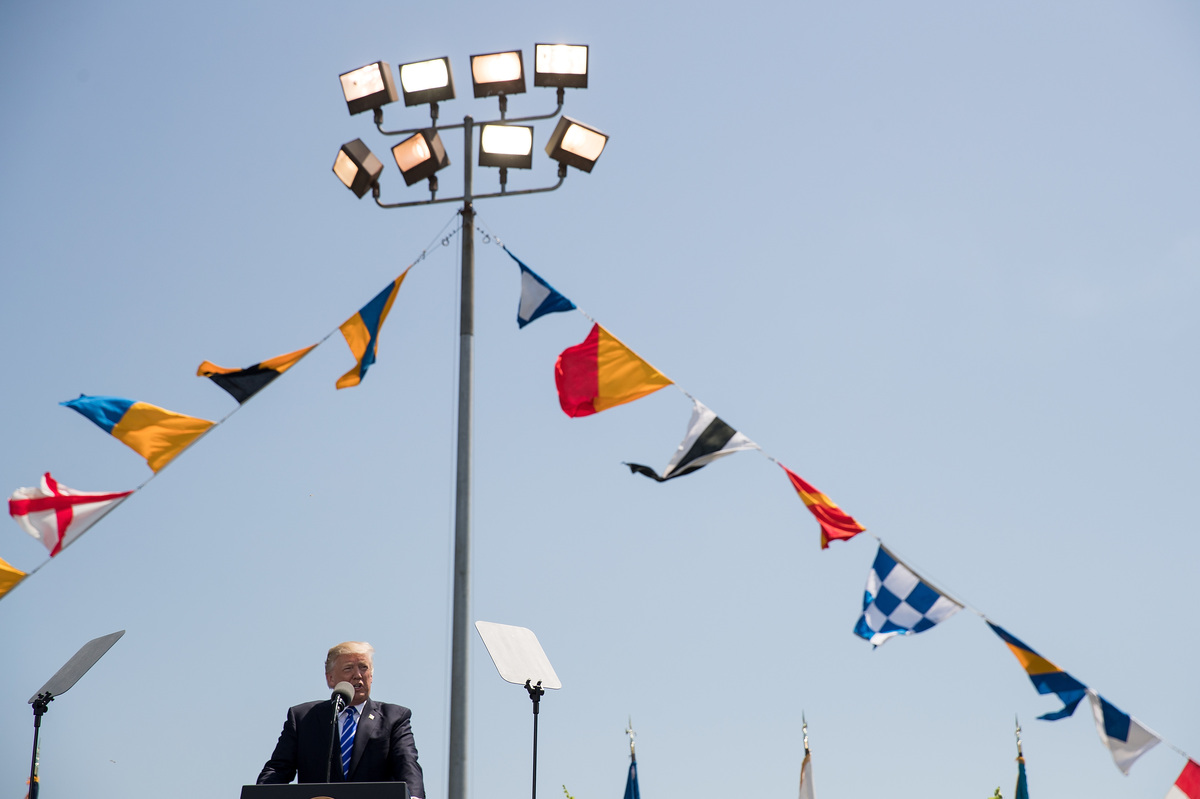 It's graduation season. That means commencement addresses lead off our weekly education news roundup. Last week, Education Secretary Betsy DeVos faced boos at Bethune-Cookman University. This week, President Trump received a warmer welcome when he addressed cadets at the U.S. Coast Guard Academy. Far from a conventional graduation speech, Trump talked about his rough week in Washington and how he keeps going in spite of his critics.

The Washington Post made education headlines this week by offering early details of President Trump's first proposed education budget. According to documents obtained by The Post, the 2017-18 proposal "calls for a net $9.2 billion cut to the department, or 13.6 percent of the spending level Congress approved last month."

Trump: "no politician has ever been treated worse or more unfairly" pic.twitter.com/26XM15hHJt

Many proposals resemble those in the budget blueprint released earlier this year, such as adding money for charter schools and vouchers. A $1.2 billion after-school program would be cut along with $2.1 billion for teacher training and class-size reduction. A billion dollars in Title I funding for high-poverty schools would be dedicated to a new program for states that allow students to leave neighborhood schools for other public schools. This is a controversial concept known as "portability."

Finally, while simplifying student loan repayment plans, an idea that has bipartisan support, the new budget would also eliminate a popular program called Public Service Loan Forgiveness. The program is supposed to forgive student loans for people who spend a decade working in the government or nonprofit sector.

It's worth the reminder: While this document has more details than the blueprint released earlier, it's still a request. Official appropriations are up to Congress.

In a move that could launch a thousand dissertations and policy proposals, a bipartisan group of lawmakers is pushing for more data on college students. This week, Sens. Orrin Hatch (R-Utah), Elizabeth Warren (D-Mass.), Bill Cassidy (R-La.) and Sheldon Whitehouse (D-R.I.), all members of the Senate committee on education, unveiled the College Transparency Act of 2017.

The bill directs the National Center For Education Statistics to create a privacy-protected, postsecondary data system to track students no matter where they enroll. Researchers argue that such a system would provide insight into the life outcomes of the many college students who transfer, drop out and re-enroll later, or who don't take federal student aid. It could also make it easier to compare the performance of different colleges.

Over the last decade, states have already created similar systems that allow them to track younger students, in some cases through the workforce — as long as the student stays in the state. This data has helped spur improvements in the high school graduation rate and allowed for better research on the long-term impact of preschool.

But, since 2008, a ban has prohibited this kind of student-level tracking at the federal level. Private nonprofit colleges pushed for that ban, citing student privacy concerns. That's according to a 2014 report by the progressive-leaning New America Foundation.

Voucher-like program is a tax shelter for the wealthy, says new report

As we've reported, tax-credit scholarships are an increasingly popular alternative to private school vouchers. They allow people and businesses to donate money that is set aside to pay for students to attend private schools. In nine of the 17 states where they exist, not only can the wealthiest donors claim a state tax credit of 70 to 100 cents per dollar donated, they can also claim a federal charitable deduction, resulting in an outright profit on their contribution.

A bill now in Congress would expand tax-credit scholarships nationwide, creating a dollar-for-dollar federal tax credit for individuals and corporations. That could "undermine public education," according to a new report by The School Superintendents Association and the Institute on Taxation and Economic Policy. It says that, as a result of tax-credit scholarships, more than a billion dollars a year are currently being diverted from state coffers to private schools.

"When some taxpayers are allowed to profit, at the public's expense, by donating to support private schools, the entire concept of philanthropy is thrown out the window," the report's co-author, Carl Davis, tells NPR Ed.