Accessibility links
James Runcie Resigns From The Education Department : NPR Ed Conscience or incompetence? Two competing narratives — along partisan lines — have emerged to explain the sudden departure of the head of the Federal Student Aid Office.

Why Did The Top Student Aid Official Under Betsy DeVos Resign?

Why Did The Top Student Aid Official Under Betsy DeVos Resign? 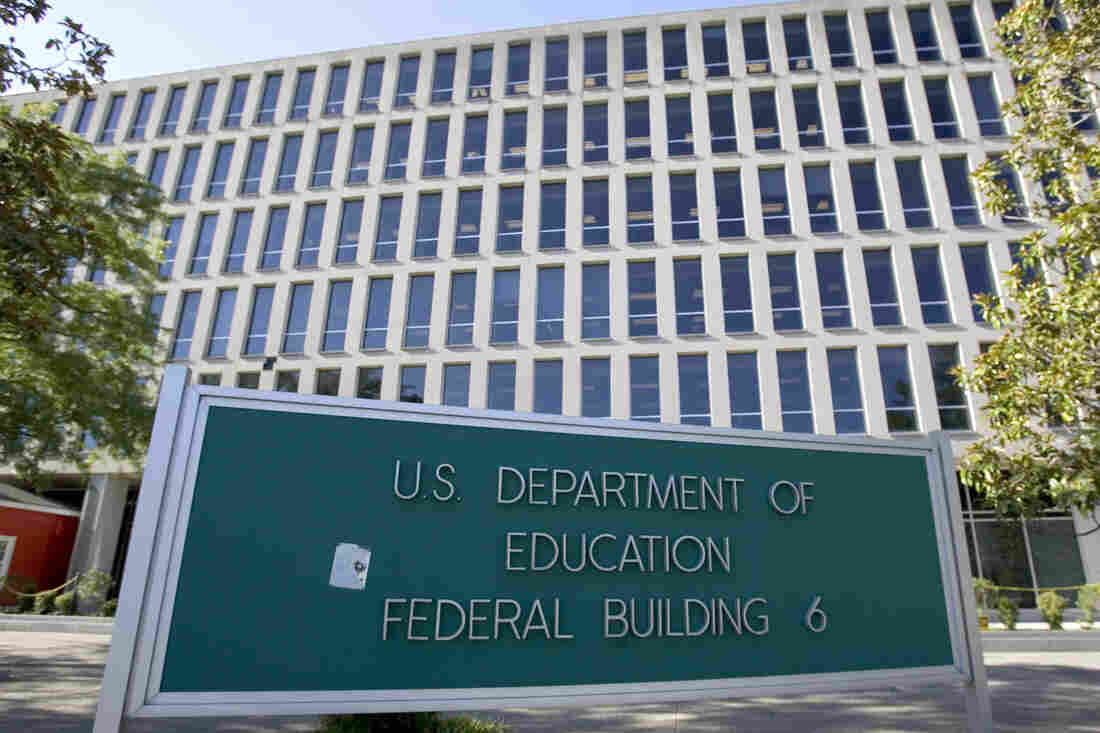 There are conflicting theories as to what led an Education Department official to quit — and where it leaves those depending on or paying off student aid. Saul Loeb/Getty Images hide caption 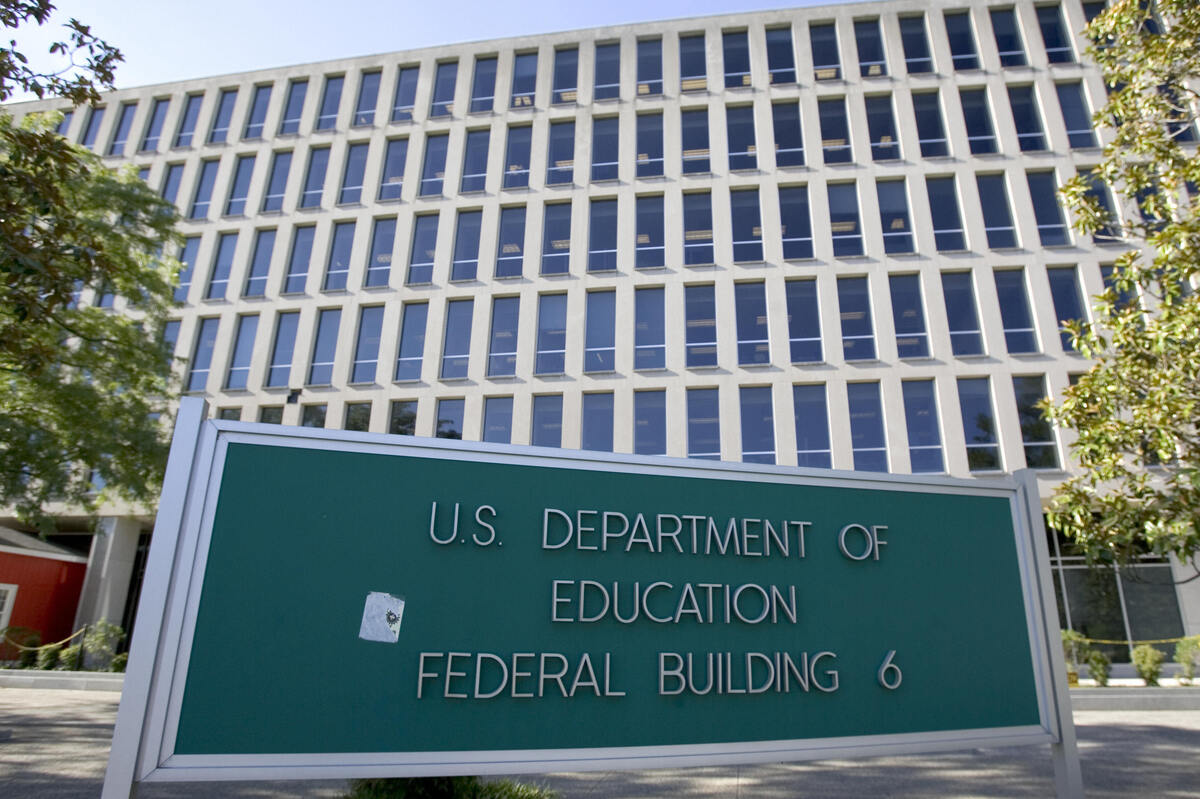 There are conflicting theories as to what led an Education Department official to quit — and where it leaves those depending on or paying off student aid.

The sudden resignation of an Obama appointee who oversaw student aid at the U.S. Department of Education has brought forth competing explanations.

James Runcie managed the Federal Student Aid office, which administers $150 billion in grants, loans and work-study funds that help 13 million students pay for college each year. The announcement of his resignation came a day after the Trump administration called for large cuts to these aid programs and on the same morning that Runcie's boss, Education Secretary Betsy DeVos, was testifying about those cuts on Capitol Hill.

"I cannot in good conscience continue to be accountable as Chief Operating Officer given the risk associated with the current environment at the Department," Runcie wrote in his resignation memo, which was confirmed by NPR.

Reaction to his departure split along partisan lines.

Statements by DeVos' office, as well as from Republicans in Congress, pointed to recurring allegations of financial mismanagement against the FSA, going back to at least 2011, as well as to online security lapses.

Runcie was scheduled to testify before the House oversight committee Thursday.

"He chose to resign rather than face Congress," Liz Hill, a spokeswoman for DeVos, told NPR.

In an email response to NPR on Thursday, Runcie denied this explanation. "I did not leave simply to avoid a hearing on improper payments," he wrote. "That is not credible." He declined further comment.

Runcie's departure comes as the Education Department, like other federal agencies in the Trump administration, is facing an unusual number of vacancies and a slow pace of appointments.

So, did Runcie resign out of conscience? Or because he didn't want to face the music? And what is all this likely to mean for young people seeking help paying for college or managing their debt afterwards?

A statement on the resignation by the oversight committee chairman, Jason Chaffetz, R-Utah, said that under Runcie's leadership federal student aid systems were "less secure, performance has suffered, and improper payments have increased."

Those "improper payments" were to be the subject of Runcie's testimony Thursday. The phrase basically refers to any erroneous, and therefore wasteful, money spent by the federal government. At least as far back as 2011, the Office of Management and Budget had identified student aid programs, both Pell Grants and student loans, as being particularly prone to paying out money when they didn't have to because of poor record-keeping and other issues.

A little background is in order.

Runcie, who had led the FSA since 2011, comes from the banking world. He oversaw a big transition in student lending initiated by then-President Barack Obama: from loans originated by banks to all student loans being made directly by the Education Department. Under his tenure, the portfolio of loans held directly by the government grew almost tenfold, to more than $1 trillion.

This move saved students billions. It also took away business from banks like Citibank and Wells Fargo. And it forced the reorganization of Sallie Mae, a once enormously profitable student lender.

But, while the federal government now originates loans, the FSA continues to work with "servicers" — for-profit middlemen that deal with borrowers and collect payments. Navient spun off from Sallie Mae to become the largest of those servicers.

And here is where one set of issues have arisen with the FSA, according to other federal agencies:

"Since the 2014 voluntary settlement, which was grounded in conflicting federal guidance, there have been six independent reviews confirming that Navient was following federal regulations ... Navient is a leader in enrolling eligible borrowers into income-driven repayment programs and helping borrowers avoid default. Navient-serviced borrowers are 31 percent less likely to default, and 49 percent of Direct Loan balances serviced by Navient are enrolled in income-driven repayment programs—more than any comparable servicer."

Second, in his statement on Runcie's departure, Chaffetz also referred to security issues.

In March, the IRS reported a "major" breach of an online tool that was supposed to make it easier for families to apply for college financial aid by adding tax information with the click of a button. The Education Department took down that tool in the middle of application season.

Runcie testified earlier this month before the House oversight committee that the FSA was working with the IRS to enhance security through encryption.

Storyline No. 2: Runcie left because of "political meddling" by DeVos.

That's the phrase used by Warren in her statement.

It's been reported that, in his resignation memo, Runcie referred to plans underway to shift responsibility for federal student loans to the Treasury Department, and that he complained "about significant constraints being placed on our ability to allocate and prioritize resources, make decisions and deliver on the organization's mission.

According to this narrative, the idea that Runcie left because of the FSA's myopic oversight of companies like Navient doesn't square with DeVos' own actions.

DeVos wrote to Runcie in April withdrawing three memos issued under Obama, all regarding the oversight of loan servicers to protect borrowers. This move was seen as improving Navient's chances to become the sole student loan servicer when the current contract is up in 2019 — a massive federal contract.

Plus, Navient announced last month the purchase of $6.9 billion more in student debt from JPMorgan Chase & Co. Some public officials, including the state attorneys general in Washington and Illinois, urged DeVos to block that acquisition because of Navient's legal troubles.

Some are calling for an investigation to find out more. "Congress needs to get to the bottom of what's going on here," Warren said in her statement.

This story was updated on May 26.