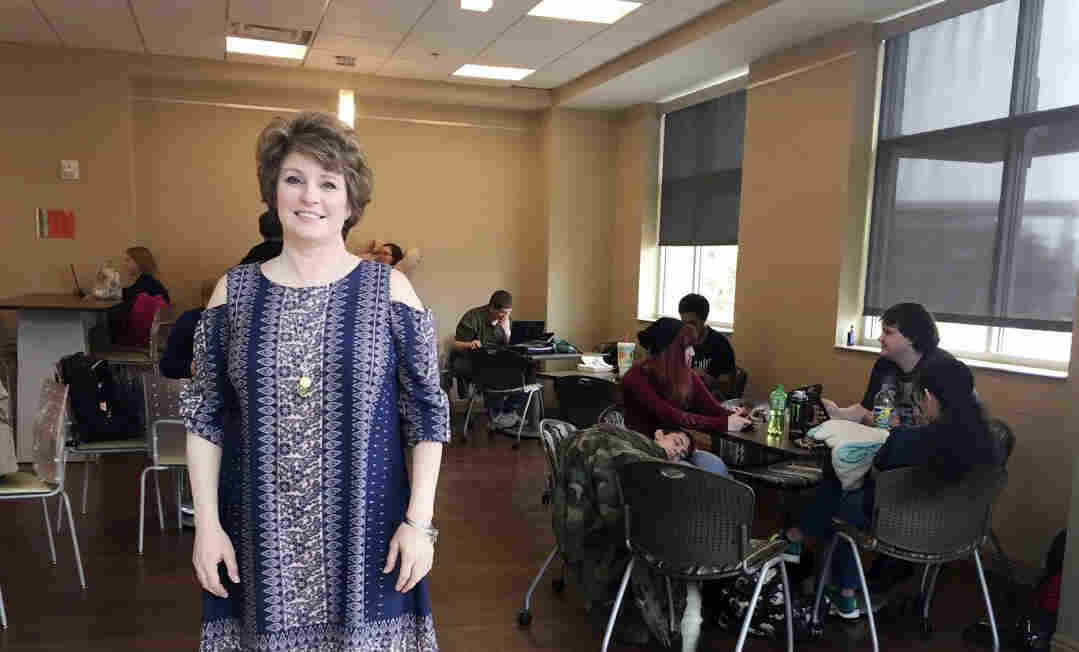 Michelle Griffith is one of about a thousand adult learners at Motlow State Community College outside of Nashville, Tenn. Emily Siner/WPLN hide caption 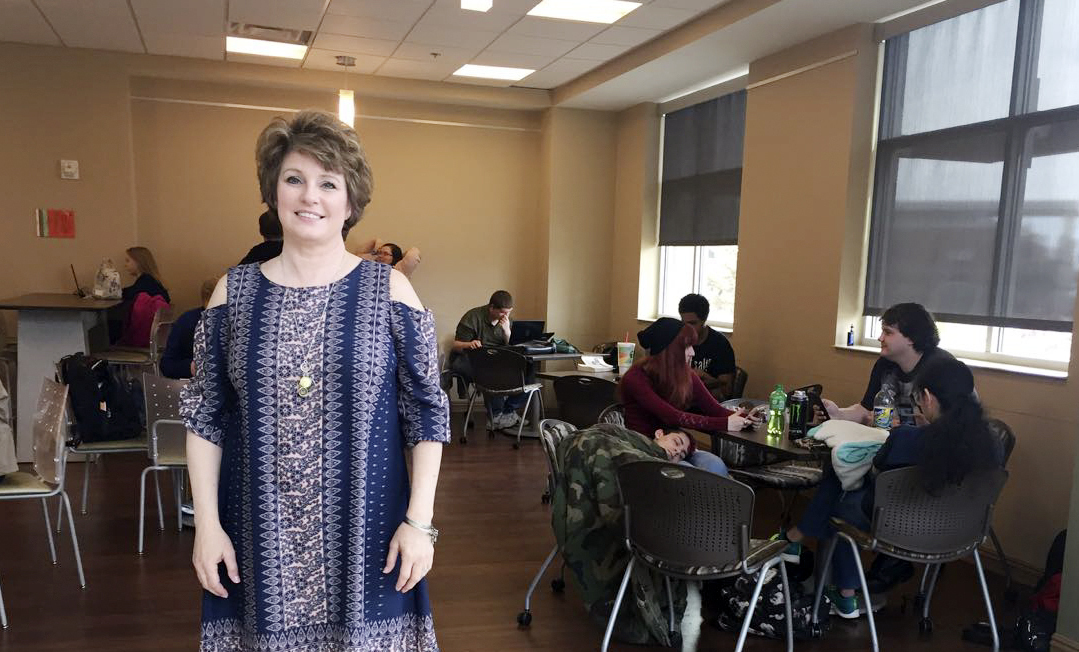 Michelle Griffith is one of about a thousand adult learners at Motlow State Community College outside of Nashville, Tenn.

The opportunity to go to college for free is more available than ever before. States and cities, in the last year especially, have funded programs for students to go to two-year, and in some cases, four-year, schools.

Tennessee has taken the idea one step further. Community college is already free for graduating high school students. Now Tennessee is first state in the country to offer community college — free of charge — to almost any adult.

Republican Gov. Bill Haslam has long preached the importance of getting adults back to school. He says it's the only way that more than half of Tennesseans will get a college degree or certificate.

And the program is simple: If you don't have a degree, and you want one, your tuition is free. That's important because research shows the greatest obstacle for adults looking to go back to school is money. They often have to maintain a household budget while reducing work hours, paying for dependent care, and more.

Michelle Griffith is one of those adults. She's 54 years old, and when she walked into the sleek, glass-paneled atrium of Motlow State Community College outside Nashville on her first day of college, she was overwhelmed.

"There was an entire lobby full of traditional students and having to walk through them was hugely intimidating. I just pretended I knew what I was doing." 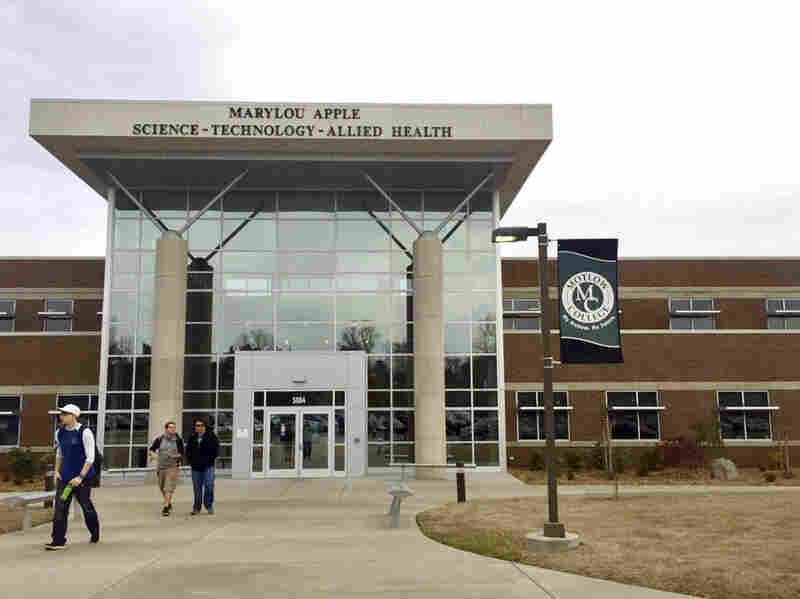 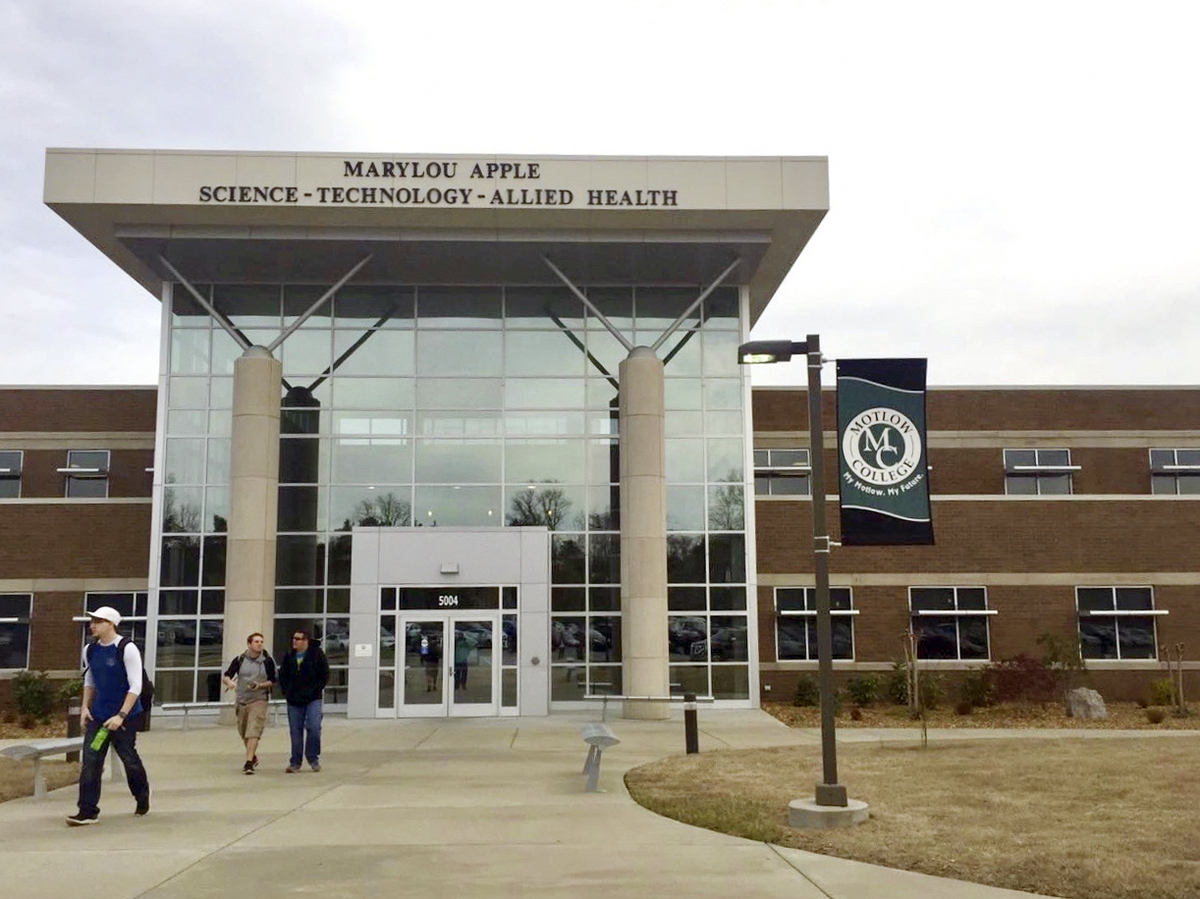 Motlow State Community College's Smyrna campus is one of the school's four locations.

Griffith says, growing up, she always planned to be one of those traditional students. She got married right after high school, though, and, "Babies came quickly, and school got farther and farther away."

She got busy raising kids, working and eventually putting them through school.

Four years ago her husband died and, with her children grown, she decided she needed to figure out what to do next. "And I kept thinking, school, school, that's what I want to do."

When Griffith enrolled two years ago, she actually qualified for a full federal grant — the state expects many adults who sign up for the program will. The state will use lottery money to pay for anything that isn't already covered by other grants.

Allison Barton, who oversees adult learners at Motlow State Community College, where Griffith goes to school, says it's a simple and powerful message.

The question is, how do you get that message out? When talking to high schoolers, they're basically a captive audience. But adults? She describes it as throwing out a giant fish net and hoping to bring in at least some.

And even for adults they can reach, Barton says getting them through the program is another challenge.

"They may have a schedule change at work and they can't get a sitter, or whatever it may be."

Nationally, only about one-third of adults who start community college finish it. That number is even lower if they go back part-time, which Tennessee allows them to do. The state argues the flexibility is necessary — otherwise, officials say, very few adults would bother enrolling.

Michelle Griffith is now a year away from her degree. After that, she wants to go to a nearby university for a bachelor's degree. And she's been encouraging friends to follow her lead in going to community college.