Accessibility links
To Test Your Fake News Judgment, Play This Game : NPR Ed The journalist who thought up this game says she saw the need before "fake news" was even in the vernacular.

To Test Your Fake News Judgment, Play This Game

To Test Your Fake News Judgment, Play This Game 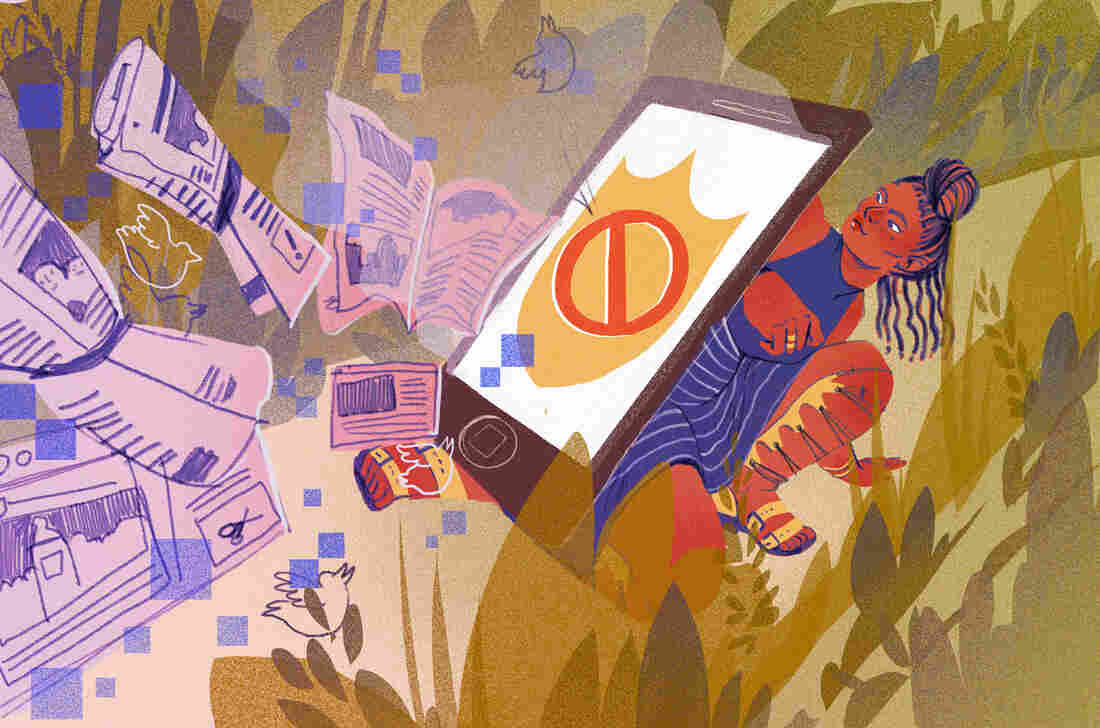 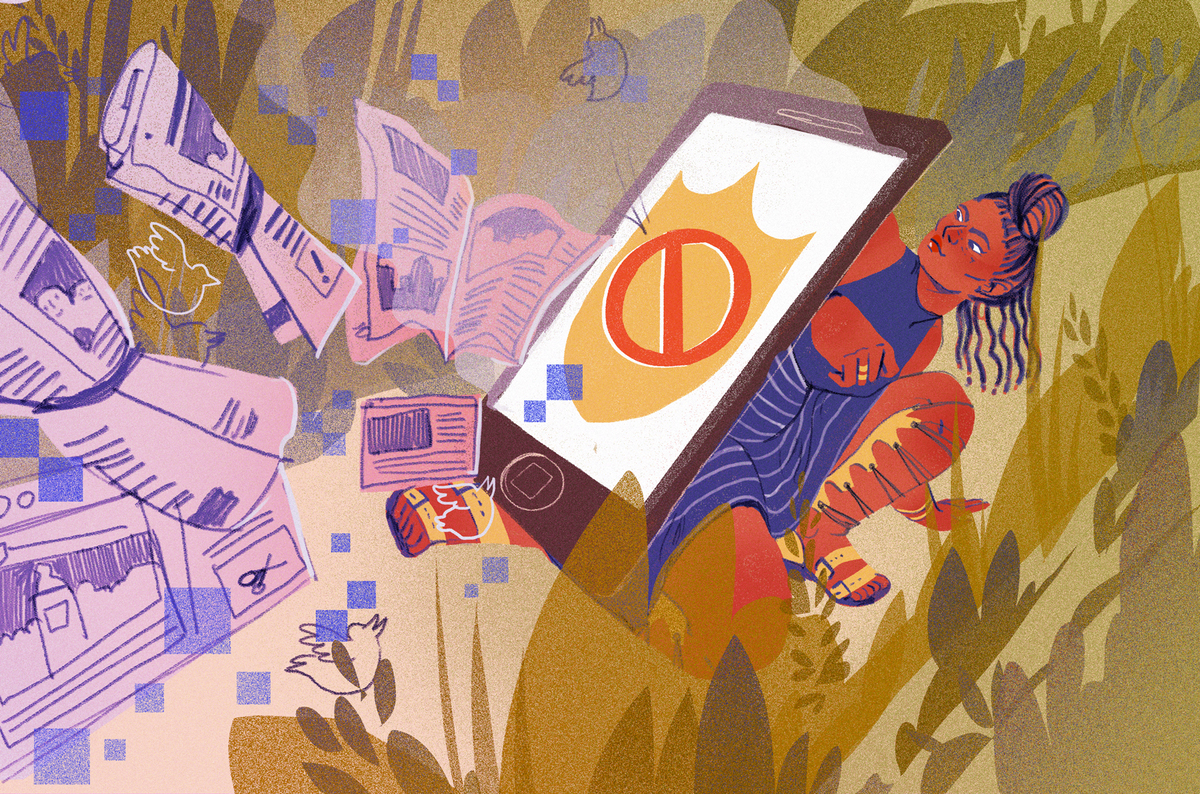 Fake news has been on Maggie Farley's mind further back than 2016 when President Trump brought the term into the vernacular.

Farley, a veteran journalist, says we've had fake news forever and that "people have always been trying to manipulate information for their own ends," but she calls what we're seeing now "Fake news with a capital F." In other words, extreme in its ambition for financial gain or political power.

"Before, the biggest concern was, 'Are people being confused by opinion; are people being tricked by spin?' " Now, Farley says, the stakes are much higher.

So one day she says an idea came to her: build a game to test users' ability to detect fake news from real.

Voilà, Factitious. Give it a shot. (And take it from us, it's not as easy as you might think!)

The game's interface mimics the dating app Tinder, which made swiping famous. On a phone, players swipe left when they think the article in front of them is fake, and right when they believe it's real.

Depending on how you swipe, Factitious provides feedback. Whether your swipe was correct or incorrect, whether the article cites sources that can be checked, whether the story includes direct quotes from credible sources.

Stumped? If so, there is a clue. You can click to reveal the article's source. 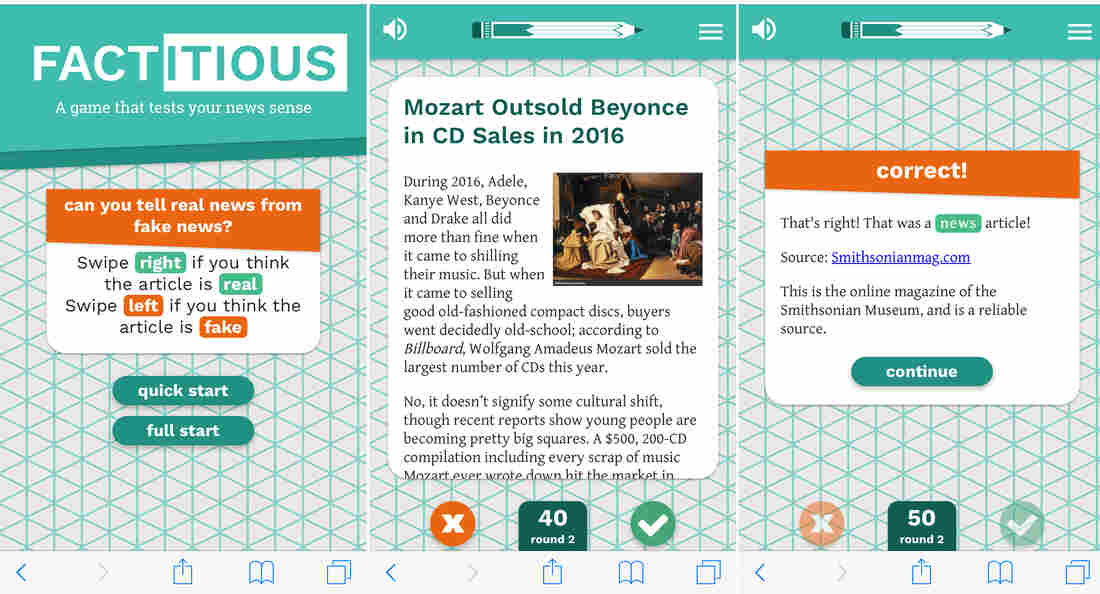 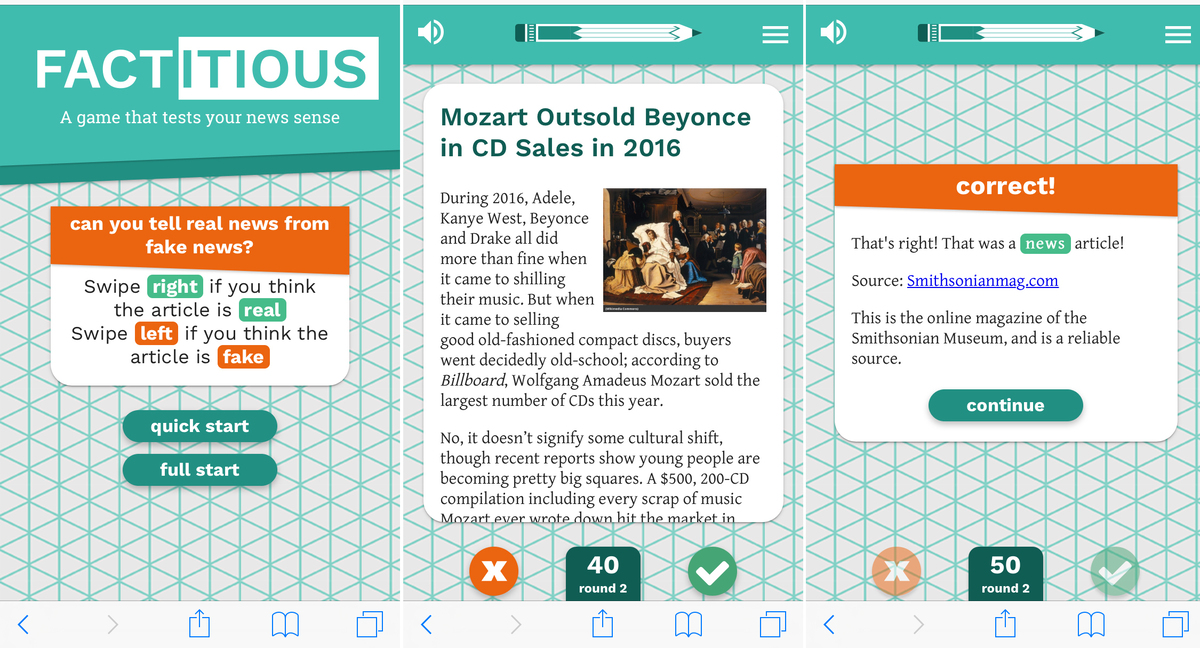 Farley says her target audience was originally middle and high school students, but when she workshopped the idea at the game lab at American University, she says a colleague commented, " 'Hey, my crazy uncle needs to play this too!' " In the end, the target audience was everybody.

Factitious all came together when Farley casually mentioned the idea to game designer Bob Hone in the hallways of American University, where they were both fellows. (Factitious' design was made possible by the Knight Foundation, which also helps to fund NPR.)

"We're not going to solve the fact that there are two different realities being told right now," Hone says. "But if there are people in the middle ... open to asking questions, I want to empower them."

Soon, newsrooms, educators and organizations will be able to adapt the game to their own needs — it's open source. Teachers can ask students to select news stories to input into the game as a way to challenge their classmates. Or, a newspaper might use it to gather data on readers' perceptions of truthful content. The game also provides a way for players to suggest content they think should be included.