Accessibility links
Something New For Baby To Chew On: Rocket Science And Quantum Physics : NPR Ed Chris Ferrie's board books introduce subjects like rocket science, quantum physics and general relativity to toddlers and babies. What can parents do to make the concepts resonate? 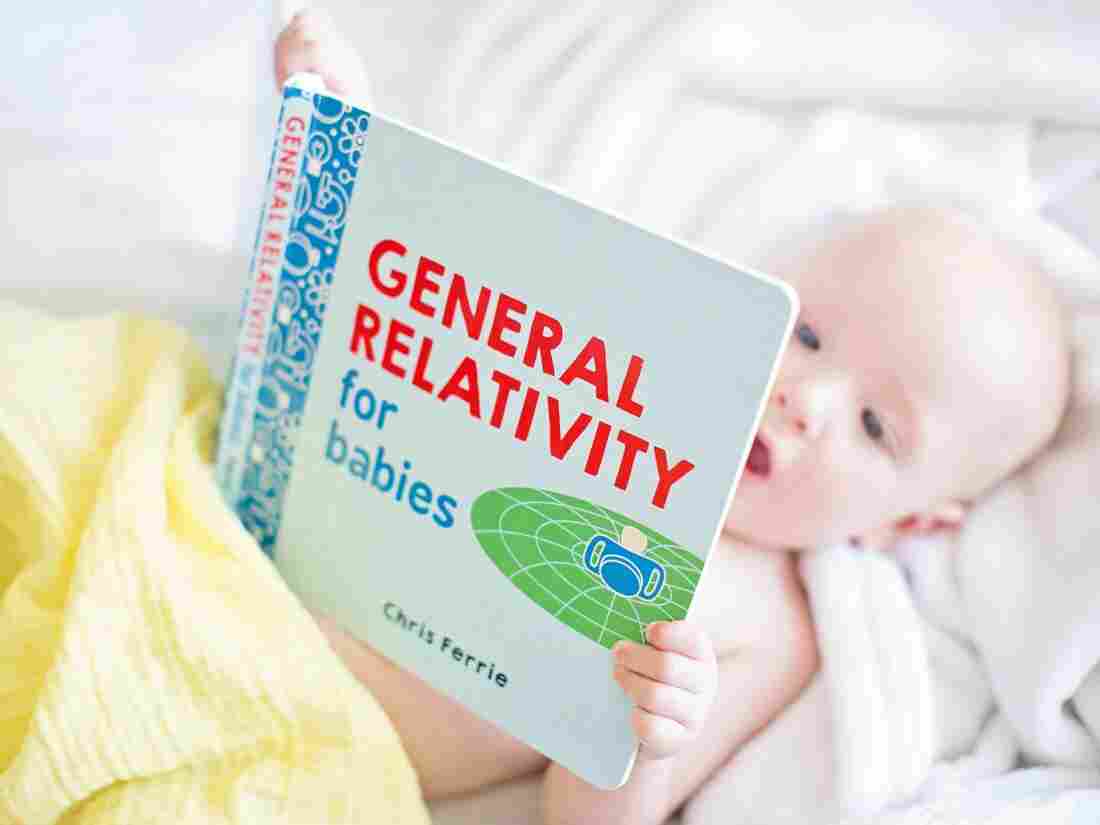 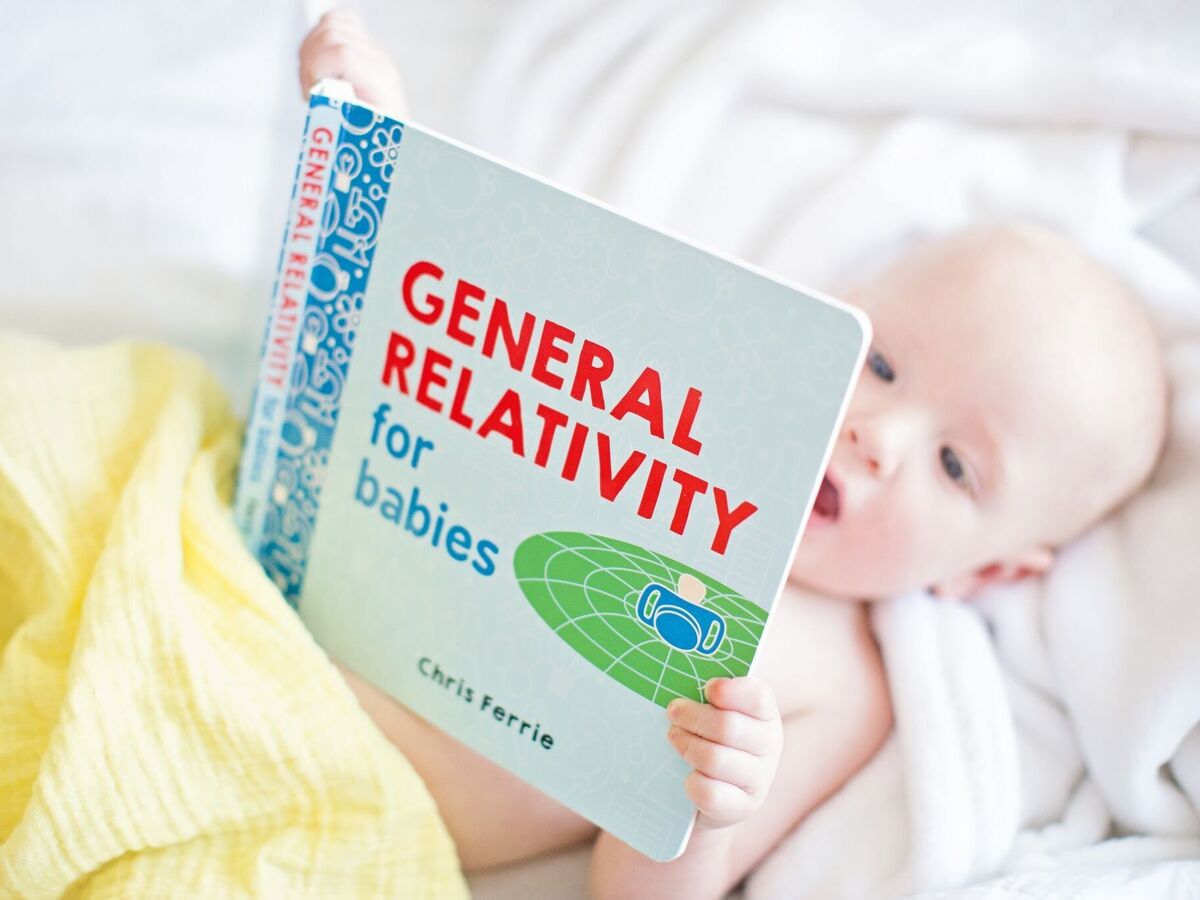 Milo Faust, 1, looks at a book from the Baby University series.

When Kelly Barrales-Saylor was a new mom, she got a lot of children's books as gifts. Most were simple books about shapes, colors and letters. There were none about science — or math.

"My editorial brain lit up and said there must be a need for this," says Barrales-Saylor, who works as an editor for a publishing company outside Chicago.

Halfway across the world, Chris Ferrie was similarly unsatisfied.

When reading to his kids, Ferrie noticed that most books used animals to introduce new words. In today's world, that just didn't make sense to him. 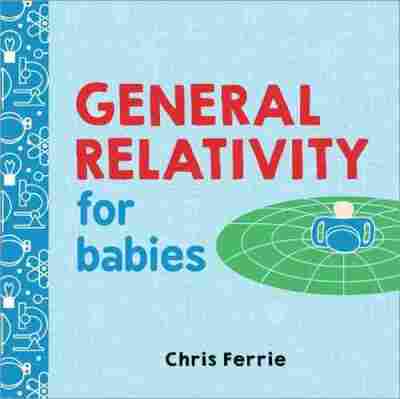 "We're not surrounded by animals anymore," says Ferrie, a physicist and mathematician at a university in Sydney, Australia. "We're surrounded by technology." So he created some math and science books for his own children and self-published them online.

That's where Barrales-Saylor found them. And together, they designed a series of books aimed at toddlers and babies.

The books introduce subjects like rocket science, quantum physics and general relativity — with bright colors, simple shapes and thick board pages perfect for teething toddlers. The books make up the Baby University series — and each one begins with the same sentence and picture — This is a ball — and then expands on the titular concept.

In the case of general relativity: This ball has mass.

But some of the topics Ferrie covers are tough for even grown-ups to comprehend. (I mean, quantum physics? Come on.)

"We know toddlers aren't going to pick up the exact high-level concepts we're explaining," she says. "We're trying to introduce the small seeds of information meant for them to remember years later."

Some parents hope a happy primer to a complex subject will yield results later on. Take Amber Faust, 33, who lives in South Carolina.

Physics never came easily to her — she got a "C" in her college class — but that hasn't stopped her from introducing the science to her kids.

She reads Ferrie's Baby University series with sons Oliver, 2, and Milo, 1. Then, they "act it out." 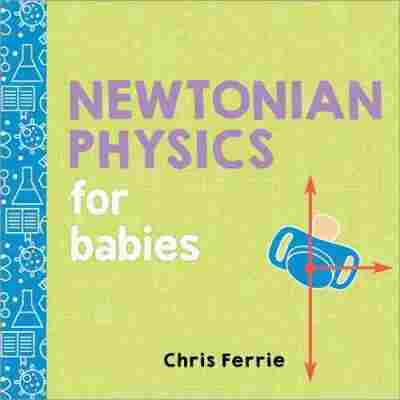 "We make funny noises and run through the house," Faust says. "The 2-year-old is a crazy active baby, so anything we read we have to act out."

Connecting the books to the real world is the best thing parents can do, says Jeff Winokur, an early education and elementary science instructor at Wheelock College in Boston.

"It's important to give kids physical experiences and a chance to talk about them," says Winokur, who remembers learning to dislike science by reading about it.

According to Winokur, what kids and parents need is to accompany their reading with an experiment. It could be as simple as asking the question: "What happens when I roll this ball down a hill?" he says.

Children would do better to engage with physical objects rather than static pictures on a page — that way, they bring the subjects to life.

And the idea that physics is incomprehensible to small children? Let's just say, the babies may know more than we think.

"Infants come into the world equipped with expectations that accord very closely to what we consider Newtonian physics," says Kristy vanMarle, who has been researching children's "intuitive physics" at the University of Missouri.

Children as young as 2 months comprehend that objects unsupported will fall and objects hidden will not cease to be, according to vanMarle's study.

"Of course, they can't talk about it, or explain it, but the knowledge — in the form of expectations — seems to be in place," vanMarle says.

As the children grow, so does their understanding. They learn the language to describe the phenomena they have experienced all their life 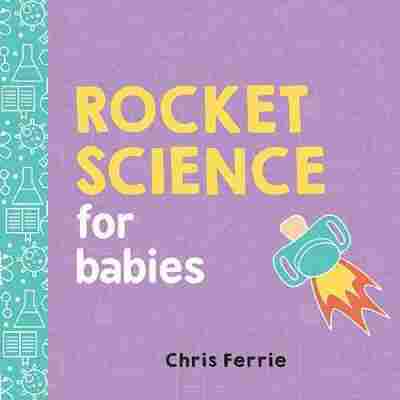 At her home on Capitol Hill, Nathanson sits on the couch with Henry, 6, and Sylvie, 2 1/2, and reads Rocket Science for Babies:

"This is a ball. This ball is moving."

Henry has been learning about this concept — flight — in school.

" 'Cause it's aerodynamic," Henry responds. He's excited to hear words he understands.

But while Henry plunges through the books, his little sister grows restless. "I need water," says Sylvie, who's having a hard time grasping this intro to rocket science.

Her mom thinks she might be more interested in the books a year from now. Henry, meanwhile, gives the books a qualified endorsement.

A previous photo caption incorrectly identified the boy in the photo. It is Milo Faust, not Oliver Faust.