Accessibility links
Transgender Child Faces Questions About Hitting Puberty And His Role In The World : NPR Ed We first met Q Daily two years ago. Now he's 11, just finished fifth grade, and as a transgender child, is facing big questions not only about his body, but also about his role in the world. 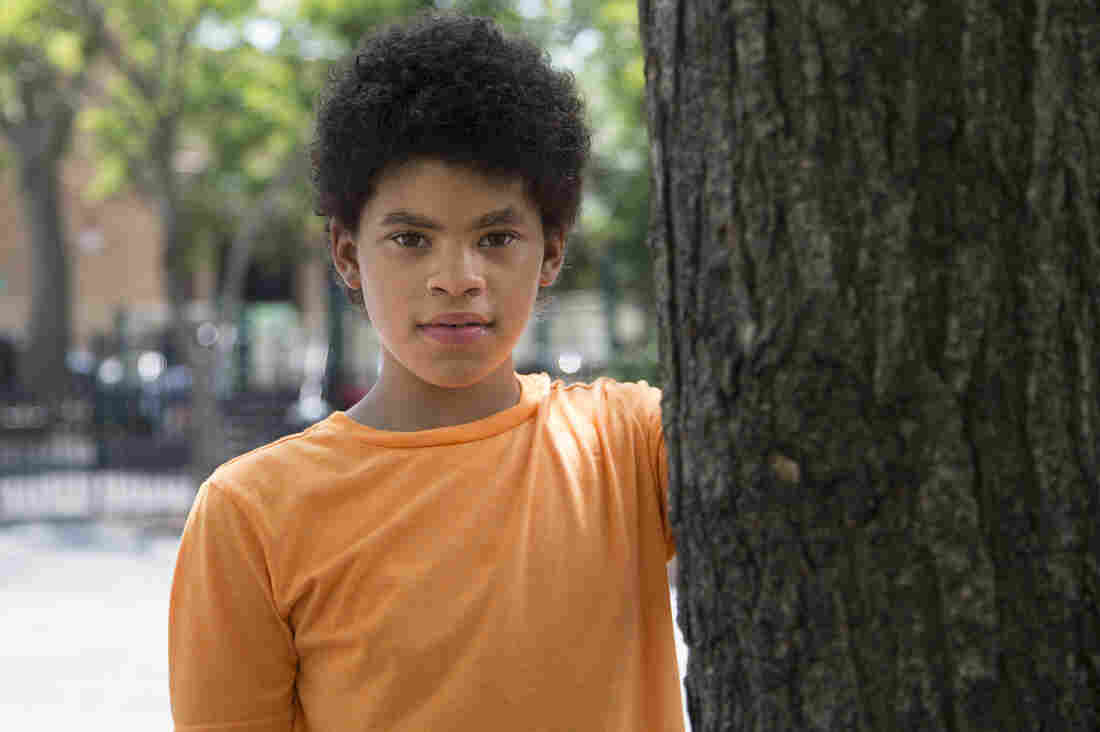 Q Daily, 11, said he'd prefer not to grow up. But he is now on the cusp of middle school, adolescence and facing his changing body. And for a transgender child, this time of life is particularly complex. Jennifer Hsu/WNYC hide caption 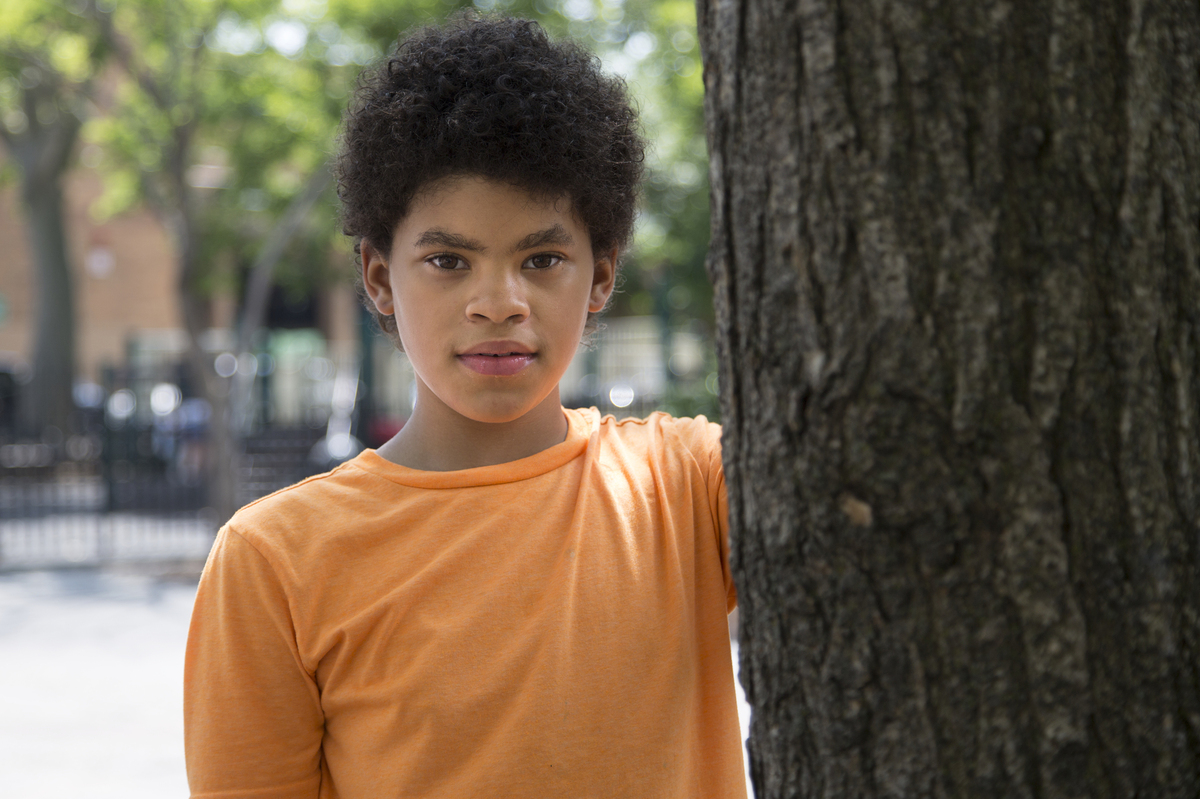 Q Daily, 11, said he'd prefer not to grow up. But he is now on the cusp of middle school, adolescence and facing his changing body. And for a transgender child, this time of life is particularly complex.

It's safe to say that Q Daily, who's 11, is savoring childhood. He is an avid climber of trees. A dancer and loves Michael Jackson. He treasures play. Adults, he laments, can be quite boring — particularly at parties.

Q says he'd prefer not to grow up. But he is now on the cusp of middle school, adolescence and facing his changing body. And for a transgender child, this time of life is particularly complex.

He was born a girl, and began questioning gender around age 3. By the time he started third grade, at his public school in Brooklyn, Q had socially transitioned to identifying as a boy. He dropped his given name and went solely by his first initial. He wore boy clothes and cut his hair short. He used male pronouns.

We first met Q two years ago when he was just finishing his third grade year. Since that time, he's only grown more confident in himself.

And though he's received support from his family, classmates and school, he's used to people asking, still, "Are you a boy or a girl?" Or, they may question why he's transgender.

"I'm used to getting comments like that," he says. "Some people don't agree. But I can't do anything about that. I can't change their thinking."

At a time when you hear stories of transgender kids feeling isolated, or bullied, Q's comfort in his own skin, and his happy-go-lucky nature, draw people in.

"People like him because he's good with people," says Q's mother, Francisca Montaña. She calls it his superpower. "He's good to people. And he is not ashamed of asking people to be good to him, either."

But both of Q's parents say there is an effort to buffer a bit of the outside world. For instance, Montaña did not directly discuss with Q the Trump administration's decision to rescind federal guidelines protecting transgender children in schools. 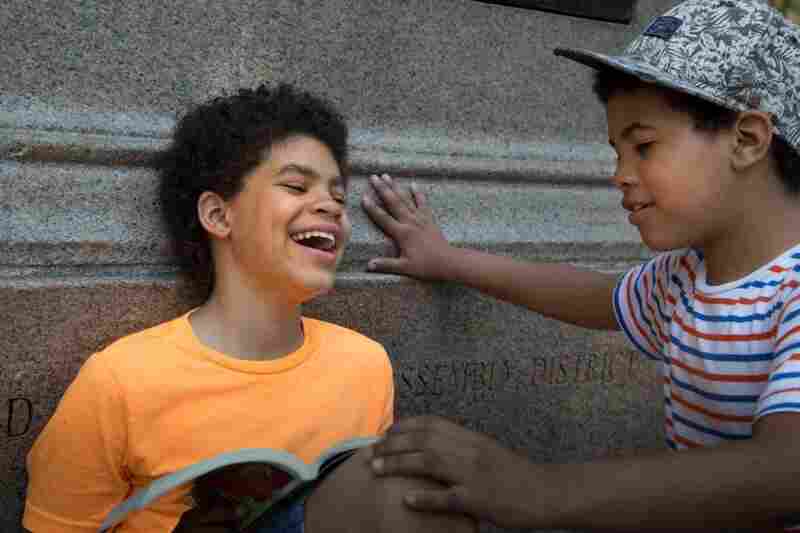 She decided not to raise the issue, in part, because New York City has its own guidelines protecting transgender kids. And also, because — with Q being a half-Latino, half-black, transgender kid — she wants him to continue to feel strong, and maintain that uncanny sense of self.

"I think that when you're raising a transgender boy of color, you need to have 'the talk,' " she says. "But you want to show him that he is welcome in this world."

Q's parents are divorced but still very much raising him together. "I'm sure when he gets older, there are going to be things that he's going to have to deal with on his own," says Avery Daily, Q's dad. "We're trying to instill these values in him so that he's capable of going out on his own and defending himself and standing up for what is right."

Daily says he wants his son to be a "strong thinker," particularly now that Q is entering a new phase as a transgender child: puberty. It's an awkward and confusing time for all kids, but it comes with higher stakes for a child like Q.

"The age of cuteness has passed," says Montaña. "He's at a different stage where people start having different standards for what it means to be transgender."

These are questions that Q, Montaña and Daily, have been working through for the past year. At Q's request, they are poised to allow him to begin taking puberty blockers. This is medication that basically puts puberty on hold.

"I feel that the blockers are a good, safe next step," says Montaña, adding, "it seems that it will give us more time to think about the big decisions."

You want to show him that he is welcome in this world."

Transgender adolescents might consider decisions like whether to take hormones to affirm their gender identity, such as testosterone or estrogen. Or perhaps they will consider, down the road, getting surgery, which is irreversible.

Blockers, by comparison, are not as invasive. They're listed as reversible in a guide co-authored by the Human Rights Campaign Foundation, the American Academy of Pediatrics and the American College of Osteopathic Pediatricians.

Q knows other kids who are on blockers, because he goes to a camp for transgender kids each summer.

"Everybody in camp — that's the only people that I want to talk about the blocker thing with," says Q. When it comes to school, "I keep my mouth shut."

Q is spending two weeks at camp this summer. Even though he has lots of friends in Brooklyn, and feels accepted by his peers at school, he says it's not the same as being with other people like him.

It's just two weeks of the year, he says, that he needs to be in a group where he is the same as everyone else, no questions asked.