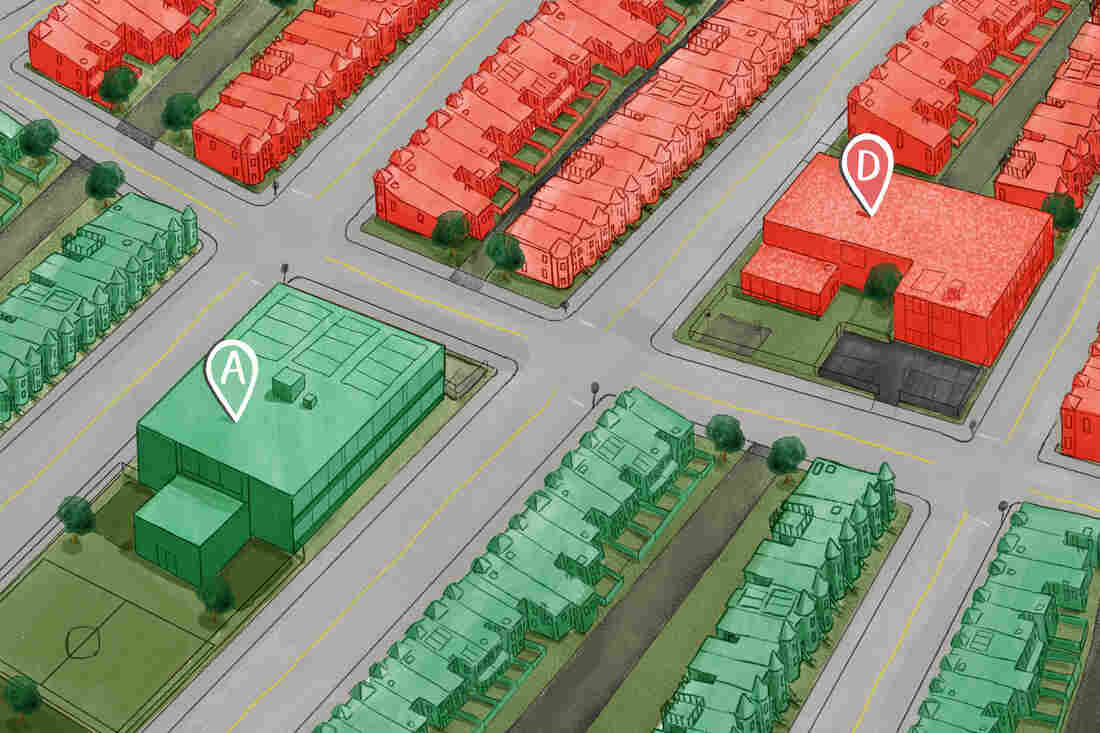 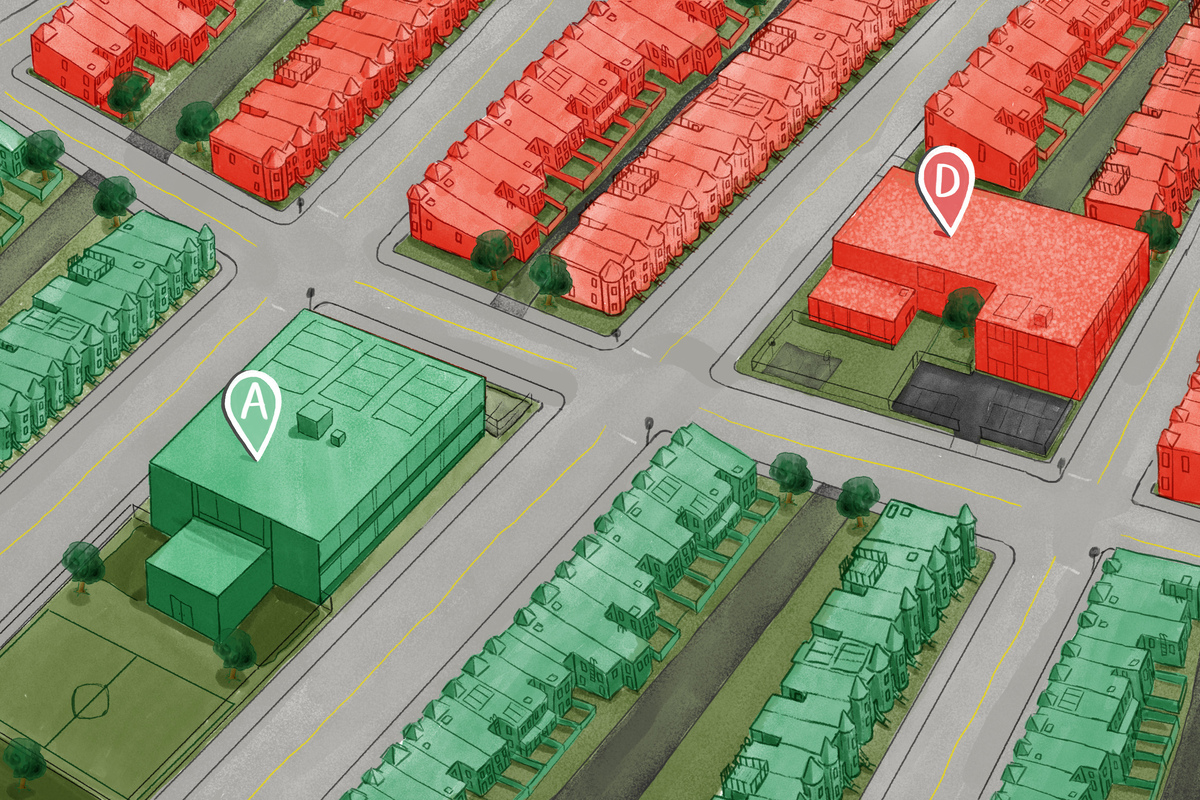 Brian MacDonald was looking for a new home several years ago in the wealthy city of Pasadena, Calif. He says when he told the real estate agent that he had five school-aged children, she told him not to enroll in Pasadena's public schools.

That was pretty surprising to MacDonald. He's the school district's superintendent.

"Her recommendation was Arcadia, or even Glendora," two nearby cities, he says. "She thought that it was OK to tell me that I should put my kids in another district. I mean, I couldn't believe it. My jaw dropped."

A contentious desegregation order decades ago has helped turn Pasadena into a city with big divisions in education. Nearly half of the area's kids attend private school or a school outside the district – more than any district its size in the country.

The National Association of Realtors advises agents not to tell clients whether schools are good or bad. That may steer them away or toward a particular community — which could be a violation of federal Fair Housing laws. But that doesn't mean it doesn't happen.

And in MacDonald's view, the agent's recommendation is part of an outdated view that the city's public schools are poor quality — a point of view that persists today.

Just ask Lauren Lofton. When considering a move to Pasadena, she looked into the public schools for her 4-year-old daughter. Despite home price tags near or above a million dollars, Lofton found low standardized test scores.

"It doesn't make sense," she says. "You can have these great homes, great values, great for raising families, but everyone is saying you have to go to private school."

She says many of those recommendations came from friends and family.

"I think if your house is worth a lot of money in good neighborhoods, you should be able to go to the neighborhood school."

Loften's agent, Del Lile, grew up here, but moved away when he had kids, in part because of poor school reputations. That was years ago.

Lile says relying on hearsay, or doing a quick internet search, doesn't tell you the whole picture about a school district.

She thought that it was OK to tell me that I should put my kids in another district. I mean, I couldn't believe it. My jaw dropped."

"So often people just look at a score from GreatSchools or whatever," says Lile. "And that really doesn't tell the story." He says those numbers can be skewed for a variety of reasons.

When working with Loften, he made sure to include information about Pasadena's bilingual programs, new magnet programs and its growing college admissions at one of the high schools.

Lile says his opinion on the district turned around after he joined something called the Realtors' Initiative, a program created a couple years ago by the school district's independent fundraising foundation.

The goal of the program is to give real estate agents up-to-date information about new programs and results in the district — and to ask them what schools can do to attract families like the Loftons.

After all, Pasadena graduation rates have been improving faster than the state average and enrollment isn't dropping as fast as it was four years ago.

School officials met with hundreds of agents at their offices, asked them to volunteer in the schools and pulled the curtain back on decision-making in the school district. There's even a monthly Lunch with the Superintendent.

Unlike the city as a whole, Pasadena's public school population is predominately black, Latino and low-income. Superintendent Brian MacDonald says the program, "is a part of our desire to attract a more diverse group of kids into our school system."

By diverse, he means the type of families who've turned away from Pasadena schools for decades: professionals, white, Asian families. Those student populations have been growing in recent years.

MacDonald says there's another sign that the initiative is working: He's looking for a new home — and this time, the Realtor recommended Pasadena public schools.