Accessibility links
Resources For Educators To Use In The Wake Of Charlottesville : NPR Ed Teaching tolerance in a time of upheaval. 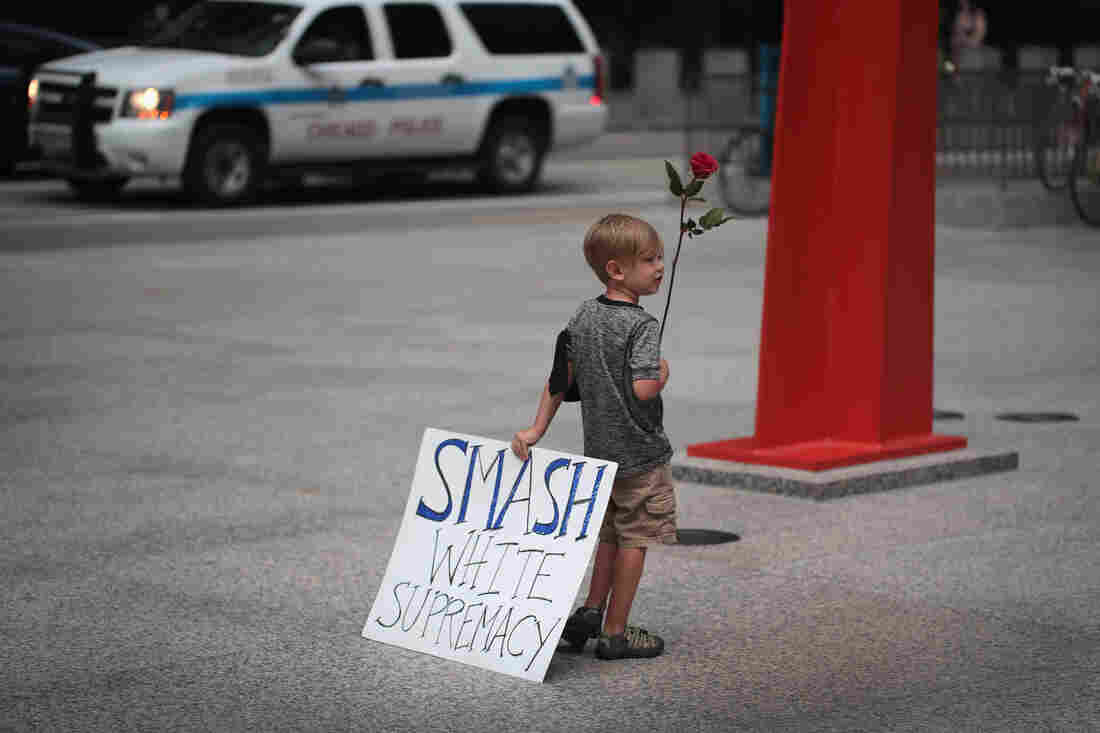 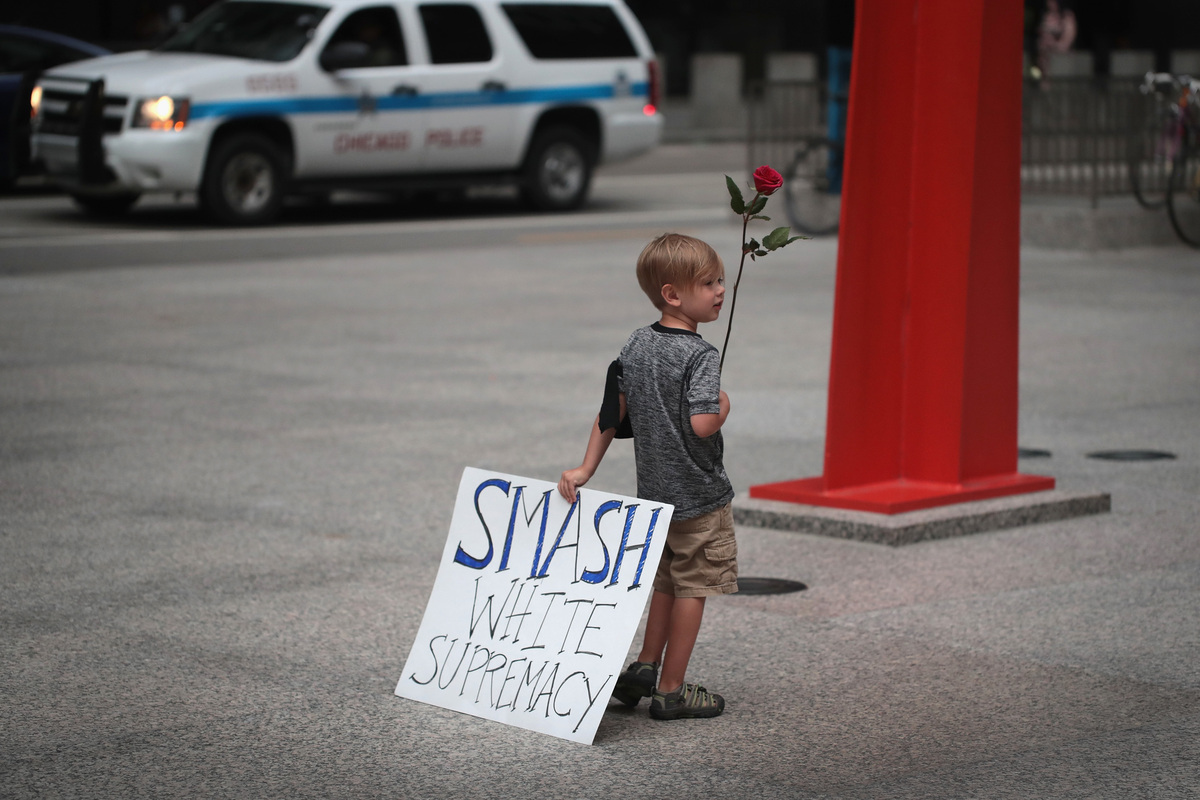 Four-year-old Leo Griffin leaves a Chicago protest against the alt-right movement held to mourn the victims of Charlottesville, Va.

How should educators confront bigotry, racism and white supremacy? The incidents in Charlottesville, Va., this past weekend pushed that question from history to current events.

One teacher wondering aloud about his role is Derek Weimer. He taught James Alex Fields Jr., the man charged with murdering a woman and injuring multiple others by driving his car into a crowd of anti-racist marchers this weekend.

Weimer says Fields was intelligent and didn't cause trouble. But he says the quiet boy was also deeply into Adolf Hitler and white supremacy. Weimer says he did his best to steer Fields away from those interests and thought he had succeeded in doing so. On hearing about the incident in Charlottesville, Weimer said he felt that he failed as a teacher.

For 40 years, the nonprofit Facing History and Ourselves has been training teachers to confront racism and bigotry. By studying the moral decisions facing people at historical moments, from Reconstruction to Kristallnacht to the civil rights era, they hope "to empower students to work against bigotry and injustice or improper uses of power," says Roger Brooks, president and CEO. "We sum everything up by saying people make choices and choices make history."

Studies show that the curriculum produces academic, social and emotional gains in students. A time like this, says Brooks, is the ultimate teachable moment:

"There's a whole lot teachers can slow down and unpack with their students rather than get completely caught up in the emotion of the moment."

Indeed, just hours after the attack, teachers were sharing resources online, and we heard from more after reaching out in our newsletter. Here are some resources and ideas for the fast-approaching school year.

Ripped from the headlines

If you have more to add, we'd love to hear from you @npr_ed on Twitter.