Accessibility links
Trump, And Most Black College Presidents, Absent From Annual Meeting : NPR Ed This week the White House hosted historically black colleges and universities. But many HBCU presidents stayed away, arguing that the administration is not interested in the issues HBCUs face. 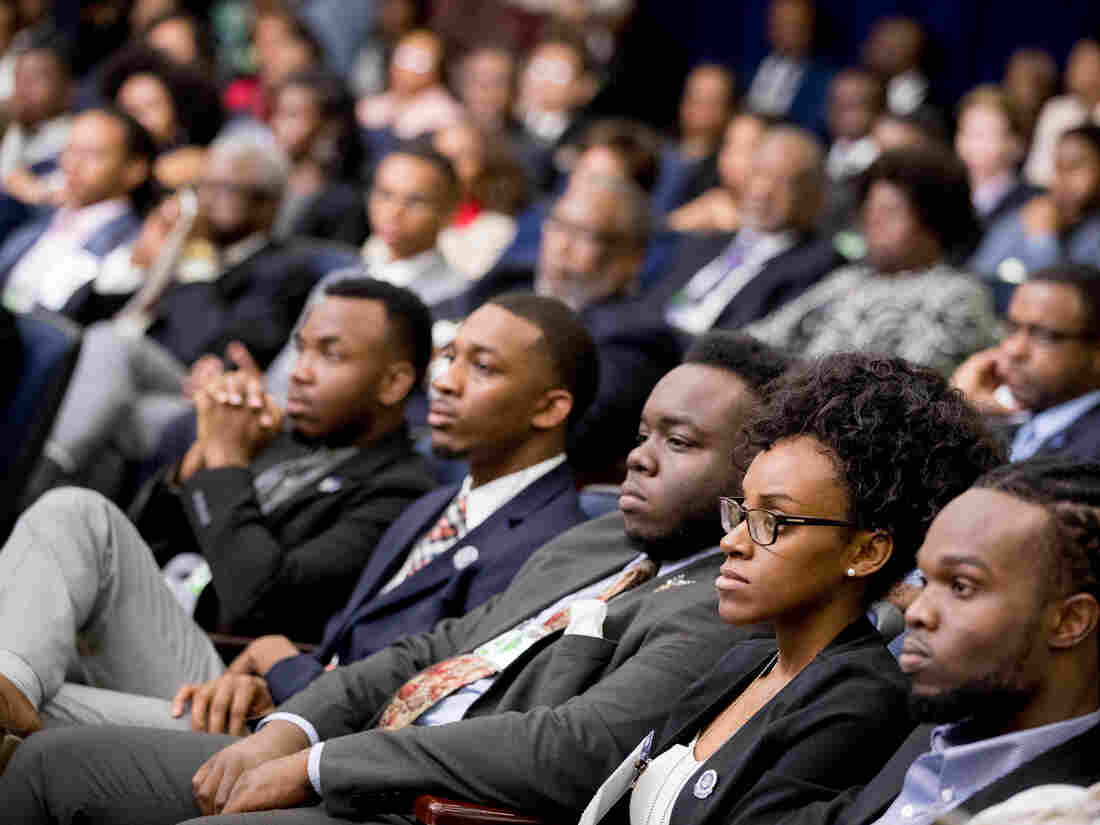 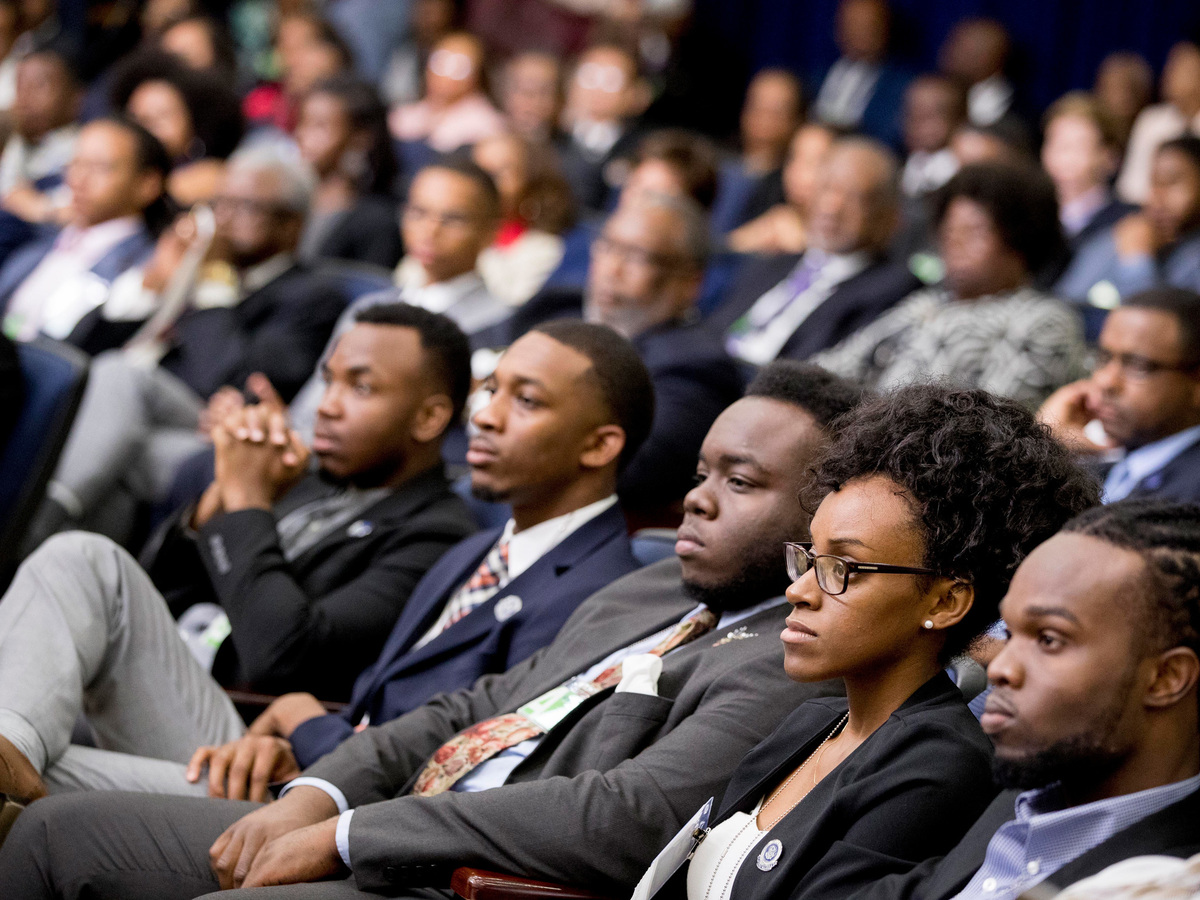 Members of the audience listen as Education Secretary Betsy DeVos speaks during the White House Summit on Historically Black Colleges and Universities at the White House yesterday.

Every U.S. president since Jimmy Carter has pledged commitment to historically black colleges, or HBCUs.

And just about every year, HBCU leaders gather in Washington D.C., to lobby Congress and the White House. This year President Trump was not there to greet them, which was just as well because the meeting took place amid simmering frustration with the Trump administration.

Much of that frustration is due to what HBCUs consider little or no support from the administration, and what they call a lack of understanding of the financial straits some schools are facing.

But there are other reasons some leaders didn't show up. Among them, President Trump's response to the violence in Charlottesville, Va. Also, Trump's questioning of the constitutionality of federal funding that HBCUs receive for construction projects. "It benefits schools on the basis of race," the president said back in May.

At the time, the Chair of the Congressional Black Caucus, Cedric Richmond, a Democrat from Louisana, called that statement, "stunningly careless and divisive."

Still, some HBCU presidents and their supporters thought it was important to attend this week's meeting at the White House. Among them, Michael Lomax, the CEO of the United Negro College Fund, a key supporter of historically black institutions.

"We went to the meeting with the expectation that it would be a substantive meeting," he says. "Unfortunately we didn't have that kind of substantive discussion."

Of the 107 HBCUs across the country, Lomx says only 29 showed up. Grambling State University president, Rick Gallot, was not one of them.

"HBCUs relationship with Congress is more important. They pass the budget," says Gallot. "The administration apparently doesn't understand how urgent the funding problem is."

According to the United Negro College Fund, HBCUs enroll about 300,000 students nationwide. They graduate 20 percent of all African-Americans who attend college, they produce 70 percent of all black doctors and dentists, and 50 percent of black engineers and public school teachers.

But Gallot says all of that is at risk because of funding cuts. In Louisiana, Grambling's home state, for example, Gallot says the legislature has slashed higher education from 55 to 27 percent and HBCU's like Grambling have taken a huge hit.

Trump's proposed budget, meanwhile, offers no relief, says Gallot. It does not include enough money for year-round Pell Grants. It cuts funding for work-study programs by half and eliminates opportunity grants altogether.

NPR requested an interview with White House officials who organized the meeting with HBCUs this week, but didn't receive a response by publication.

This week President Trump appointed Johnathan M. Holifield, a former NFL player turned business consultant, to head up an advisory board that will work with historically black colleges and universities.

Still, HBCU presidents insist that if the Trump administration is serious, it has a lot of work to do to repair its relationship with black institutions.