Accessibility links
For DACA Teachers, Uncertainty Lingers On The Last Day To Renew : NPR Ed As the last renewal for DACA sets in, teachers in the program worry about their futures and the possibility of having to leave their students. 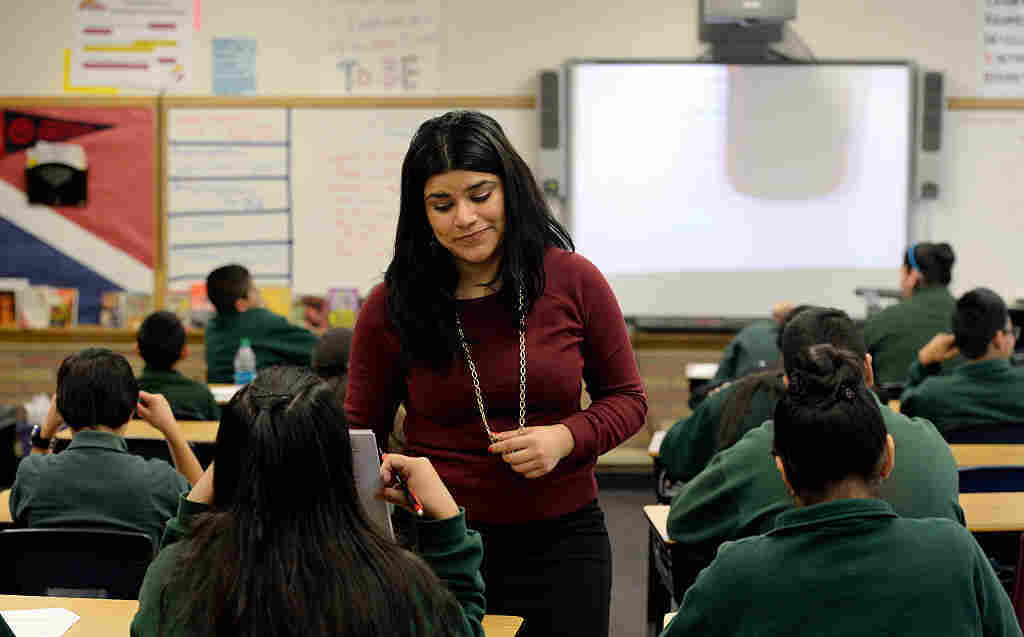 Seventh-grade English teacher Kareli Lizárraga works with her students at STRIVE Prep-Sunnyside in Denver. She came to the United States illegally as a 4-year-old, and works in Denver thanks to the Deferred Action for Childhood Arrivals (DACA) program. Cyrus McCrimmon/Denver Post/Getty Images hide caption 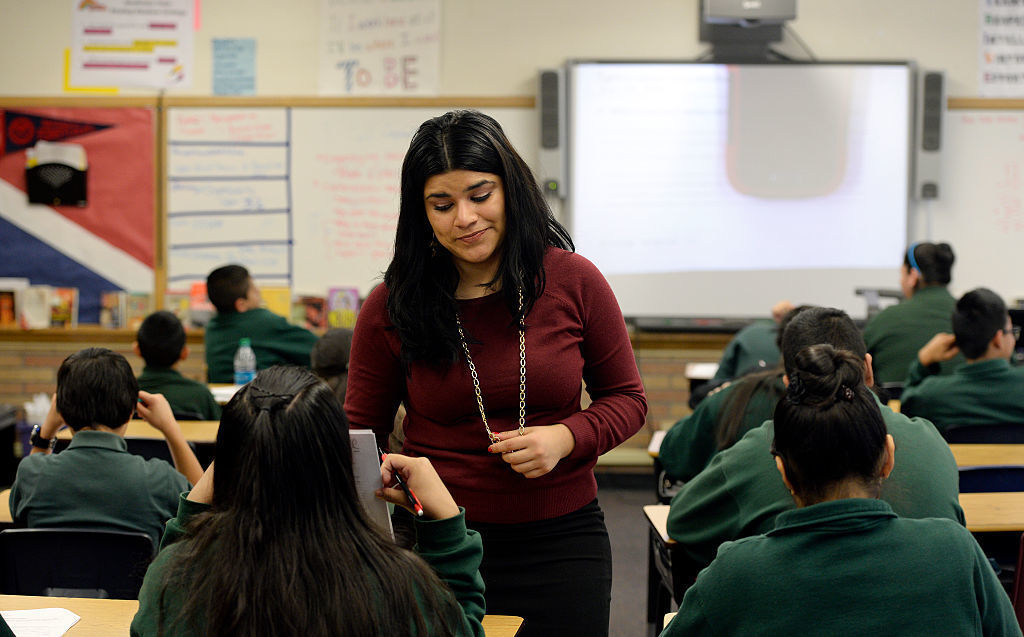 Seventh-grade English teacher Kareli Lizárraga works with her students at STRIVE Prep-Sunnyside in Denver. She came to the United States illegally as a 4-year-old, and works in Denver thanks to the Deferred Action for Childhood Arrivals (DACA) program.

There are nearly 700,000 people in the Deferred Action for Childhood Arrivals program, and Thursday is the final deadline for them to renew their DACA status, which the Trump Administration announced would be discontinued unless Congress steps in to save it.

With an application fee of $465, the program allows the recipients, often called DREAMers, to renew their temporary two-year work permits. But with no contingency plan, many are left with a feeling of uncertainty.

Another word for that is limbo. And that's how three teachers that NPR Ed spoke with described their feelings after the Trump Administration announced last month that the program, which protects young people who came to the country illegally, would end.

The Department of Education doesn't keep records on how many teachers are protected by DACA, but there are an estimated 20,000 teachers eligible to apply for DACA, according to data from The Migration Policy Institute, a nonprofit based in Washington, D.C. According to Teach For America, there are 188 DACA teachers working for that organization which places young teachers in low-income schools.

Maria Rocha is one of those 188. She was born in Mexico and brought to Texas when she was 3 years old. Now 30, and a third-grade Spanish teacher living in San Antonio, she says doesn't remember much of her native land.

"I consider this country my home," Rocha says.

What she does remember clearly is the day her uncle called in her June of 2012, after President Barack Obama announced the DACA program. Her uncle helped her get a lawyer and fill out her application that would allow her to get a driver's license, enroll in graduate school, let her legally work and apply for state identification, which was crucial in allowing her to take her teaching exam. 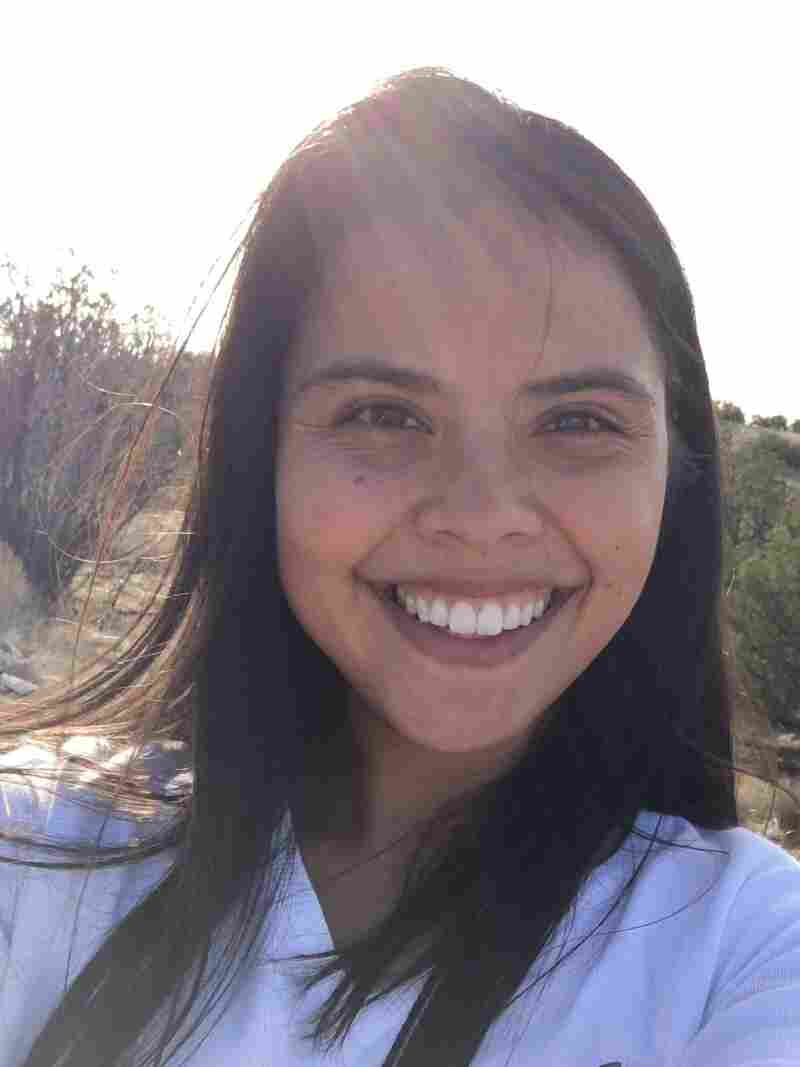 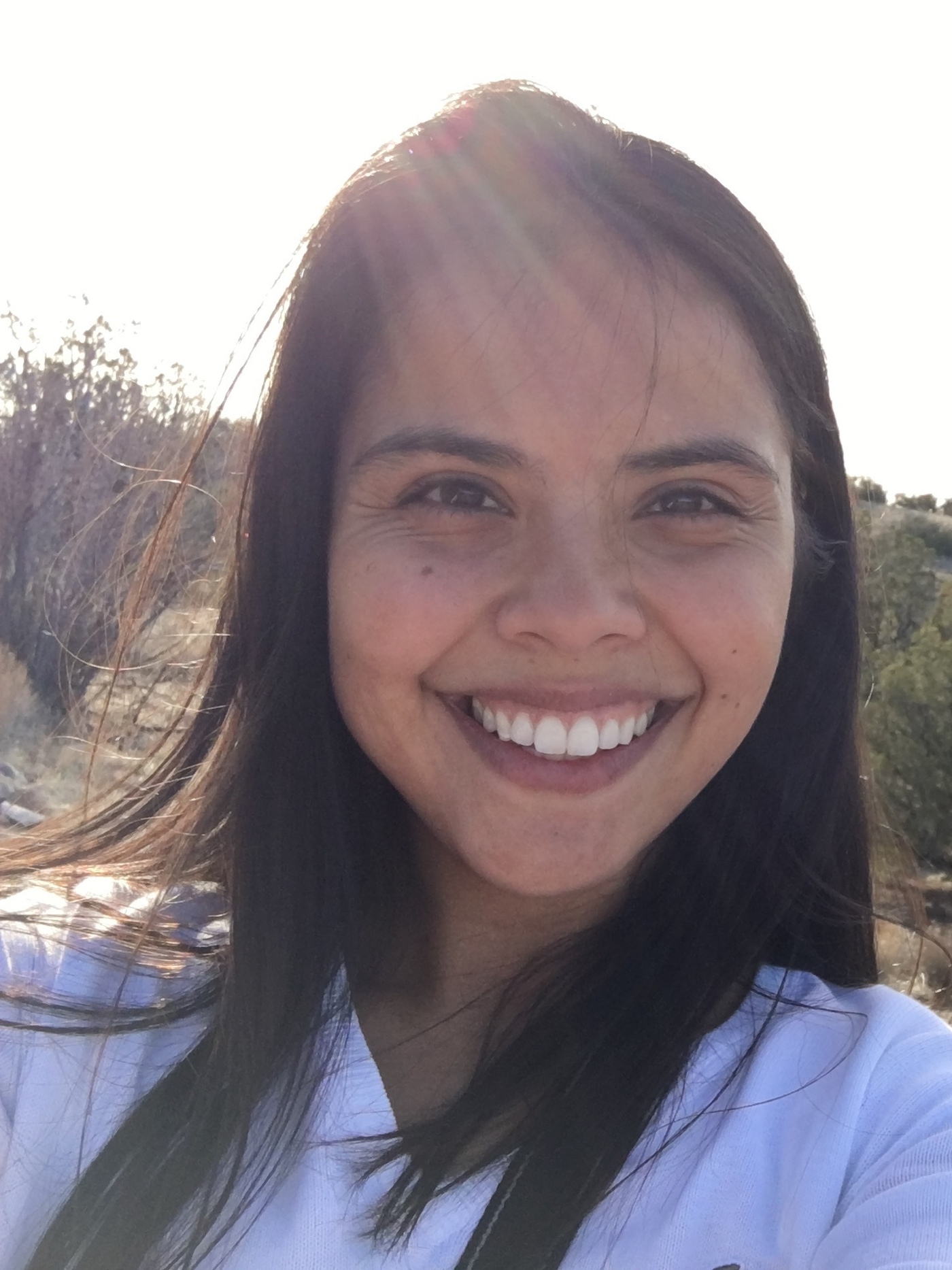 Even though she qualified to renew her application before the deadline, she's still worried she could be asked to leave the country that she's grown up in when her application expires in May of 2019.

"I just don't want it to be a norm for students to see their teachers leave," she says. "It's gonna affect them in the long run."

Rocha became a teacher because of the impression her sixth-grade Spanish teacher left on her. She knows what it's like to struggle with another language and wants to help kids in similar situations.

Rocha says not knowing what her future holds makes her want to speak out and push herself, despite the fear of an expiration date. She says she gets frustrated when she is accused of "stealing American jobs," but that doesn't stop her from wanting to pursue her master's degree in leadership, which she's paying for out of pocket.

"What did I do wrong?" Rocha asks. "I was 3. I did not know what breaking the law was. I should not have that taken away from me because I have worked hard for everything."

Despite her waiting, she says she will continue to speak up for DREAMers' rights, focus on her studies and continue to teach. "This is our country too," she says.

Another DREAMers, who submitted her application before the Thursday deadline was Diana Montelongo. Growing up in Anaheim, Calif., she discovered a passion for math and later found a love for teaching while she was in college at the University of California, Berkeley. But what she loves more than math is watching her students when it clicks for them. 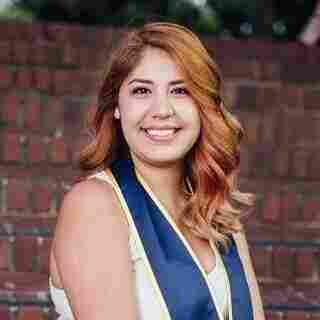 With the potential end of DACA, the 23-year-old isn't sure if she'll teach math again after her status expires in January of 2018, and because her DACA was not set to expire in March, she is unable to renew today.

"It's a state of limbo where there is really nothing I can do," Montelongo says. "I'm afraid of me not being able to control what is about to happen in my life."

As an educator for Teach for America, she works with low-income seventh-grade students who have bigger worries than solving equations. Basic necessities like food, shelter, clothes and parental supervision are lacking in most of her students' lives. Sometimes, she says, she's the teacher and parent.

"To eliminate another teacher who wants to be there really impacts the students," she says. "I don't want them to think that I ever left them."

Another Texas educator, Karen Reyes, has less than a year before her DACA ends, and she's in the same situation. She can't apply for the deadline.

DACA allowed her to have her freedom, she says, something she lost when she was a freshman in high school after her mother told her she was in the country illegally. Reyes wanted to go on a trip with her friends outside of states and didn't quite understand why her mother wouldn't let her go.

"No tienes papeles," her mother said to her. 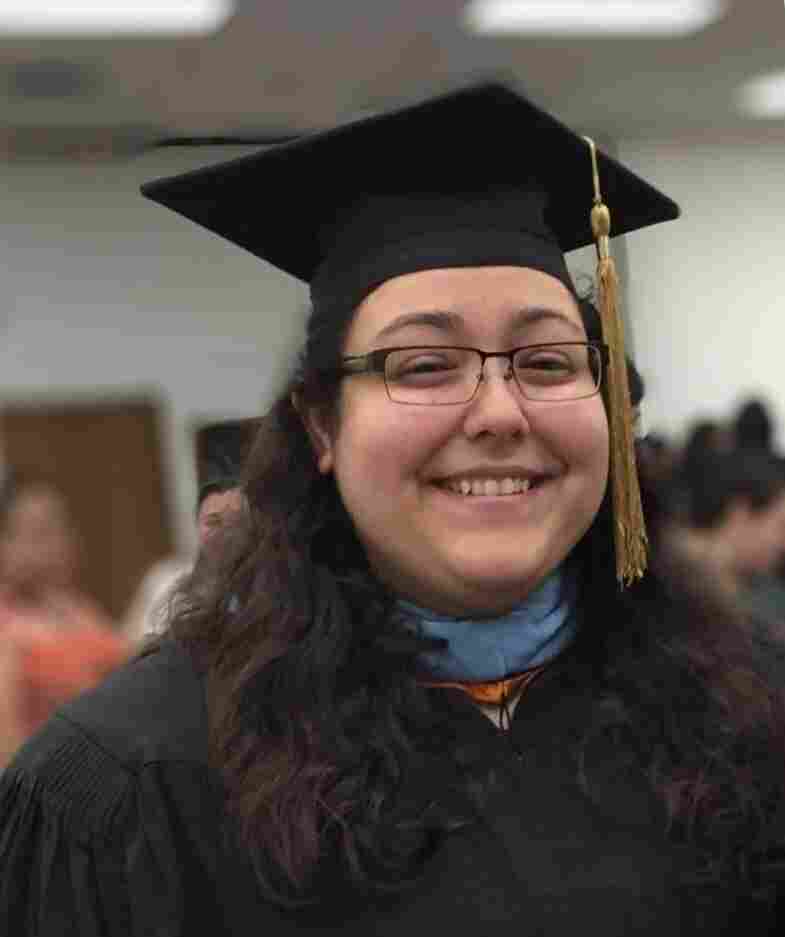 She says it was then that came into focus. The reason they never left Texas, the reason her mother got scared whenever they saw police. Knowing she wasn't born in the U.S. changed her life, she says. While she watched her friends get driver's licenses and travel to Mexico, her her birthplace, she kept a low profile.

"It was kind of rough at that age because you don't want to be different from everyone else," she says. "You just want to fit in."

She never thought she would be able to go to college because she didn't have a Social Security card until her guidance counselor told her about a community college where she didn't need one.

"Being undocumented did hold me back," she says. "I didn't apply to the universities I wanted to go to."

While in college, she studied to be a guidance counselor, but one class about special education sparked a love for teaching children with hearing impairments.

"I wanted to help kids who were deaf be able to communicate with their families, their community and with the world," Reyes says.

When U.S. Attorney General Jeff Session announced the ending of DACA, she says it crushed her. Sensing something was wrong, her class of 3- and 4-year-olds gave her a hug. She says she enjoyed the tender moment, put her phone down and went back to work. "My kids need me to be at 100 percent."

Reyes says she is hopeful for the Dream Act of 2017, which was introduced by senators to give a path to citizenship for people who are undocumented, have DACA, who graduated from high school or college, have enlisted in the military or have a temporary protected status.

Regardless, she is preparing for the worst when her DACA ends in August next year.

"Unless something passes in Congress," she says, "this could be my last year teaching."

'You See In Their Eyes The Fear': DACA Students Face An Uncertain Future

DACA, A Student's Story: 'They Are The Types Of Immigrants You Want In Your Country'